The parodies of that cringeworthy Toronto condo ad campaign are perfect

A marketing campaign so heinously lame that some people think it might suck on purpose has inspired some truly excellent parody ads for Toronto's forthcoming JAC condos.

Below, you will find a new, improved and far more accurate version of the now-famously bad "authentic downtown condo living" image from jaccondos.com — a condominium sales website that went viral last week for trying way too hard to be hip.

The spoof's creator has yet to come forward, and original posters across multiple social networks have denied that they made it as well. Either way, it's a cutting and hilarious piece of social commentary. 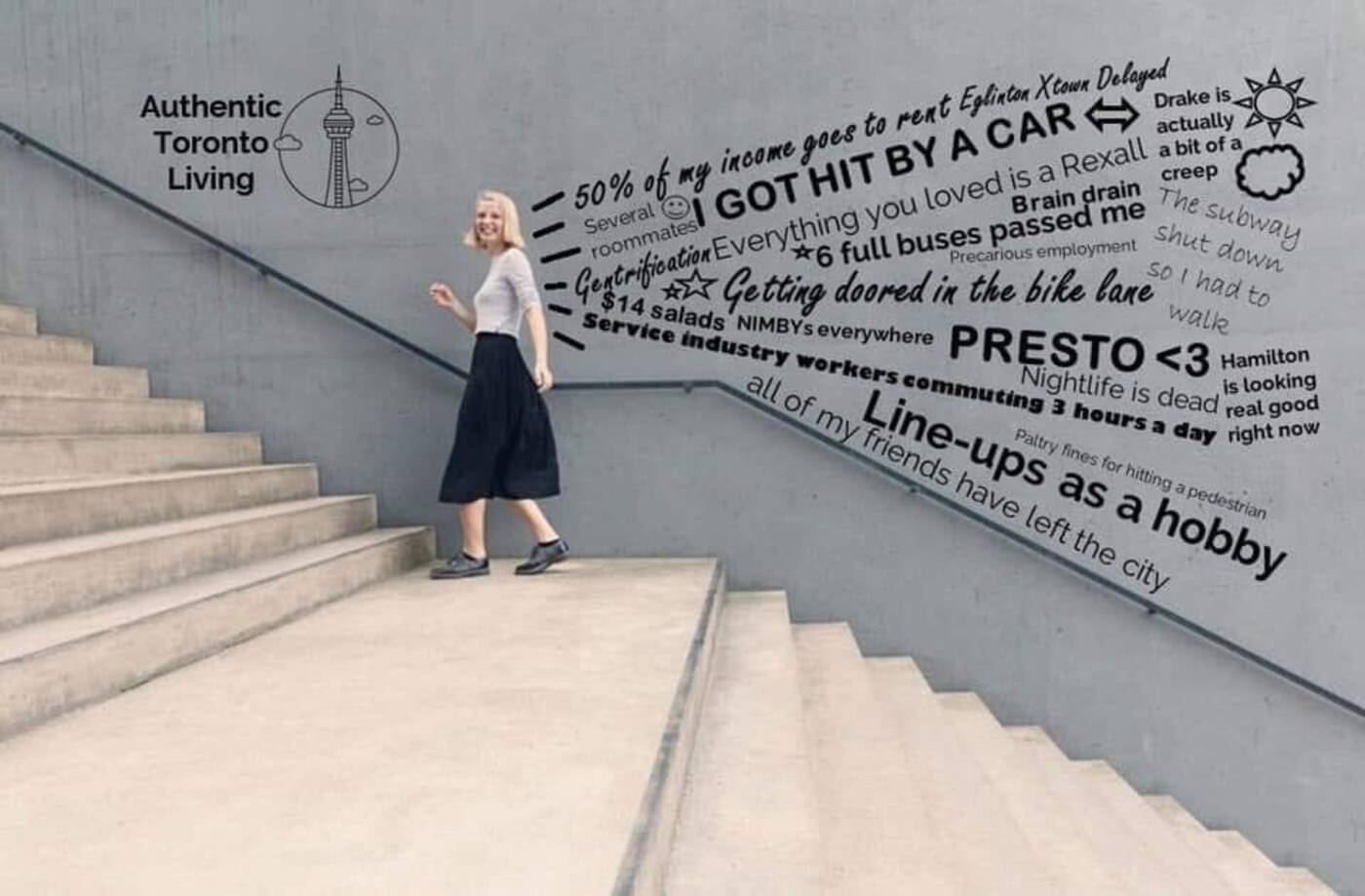 More than 300 people have commented on this parody of the JAC condos campaign since it was posted to Reddit Saturday. Image via u/beef-supreme.

Replacing such brutal lines from the original ad as "check out my OVO tattoo," "trash pandas" and "Just went to Nuit Blanche. I'm pretty much an aristocrat now" are phrases in the spoof that appear to actually resonate with the millennial-targeted campaign's audience.

"The subway shut down so I had to walk," reads one line from the image, which was posted to Reddit on Saturday and upvoted more than 2,000 times.

Most poignantly, based on the reactions of Reddit and Twitter users, is the line "Everything you loved is a Rexall." Because true.

Another version of the ad, created by the popular @GetDisneyPrime Twitter account (itself a parody of streaming service social media channels), shows what the campaign might look like if created for an alt-right market.

"Following the success of TIFF's Festival Tower condos, DisneyFaith is proud* to be open a condo tower in the heart of downtown Toronto. Our Christian building* will serve as a hub to terrorize a city that doesn't want us but won't do anything about it," reads the caption of a tweet containing the spoof image. "*you know what we mean."

Replacing the widely-mocked copy in the original web image are lines such as "European heritage day," "starting fights at pride and blaming the gays" and "sending death threats to Syrian restaurants."

Following the success of TIFF's Festival Tower condos, DisneyFaith is proud* to be open a condo tower in the heart of downtown Toronto. Our Christian building* will serve as a hub to terrorize a city that doesn't want us but won't do anything about it.

*you know what we mean pic.twitter.com/MF25exDsnh

For those who missed the initial hubbub, the spoofs above are based on a very real promo image from the website for JAC condos, a pre-construction, 35-storey-tall, millennial-targeted residential complex by Graywood and Phantom Developments.

JAC (short for Jarvis and Carlton, where the development will eventually stand) is clearly hoping to attract students from nearby Ryerson University — which is hilariously out of touch to almost anyone in Toronto under the age of 50.

Downtown units starting in the 400,000s may sound like a steal to wealthy investors, but cash-strapped milliennials in Canada's largest city can barely pay off their student loans amid skyrocketing rent prices, let alone save for property.

"Really targeting the exact demographic that can't afford to live in the condos," wrote one Reddit user of the original campaign last week.

"My agent gave me a price listing and starting price is $465,000 for a 380-square-foot studio," wrote another. "Sure is 'authentic' downtown living. Where is the lube?"