Rumour has long had it that those seats near the rear door of TTC Flexity Outlook streetcars — you know, the red ones that are wider than normal and face backward — are meant for overweight passengers.

This may make sense, given how relatively narrow the standard TTC seat is and the fact that Torontonians come in all sorts of shapes and sizes.

But without any sort of labelling, how are people supposed to know?

The seats are red, not blue, which suggest that they're not priority seating for people with disabilities, the elderly or pregnant women. 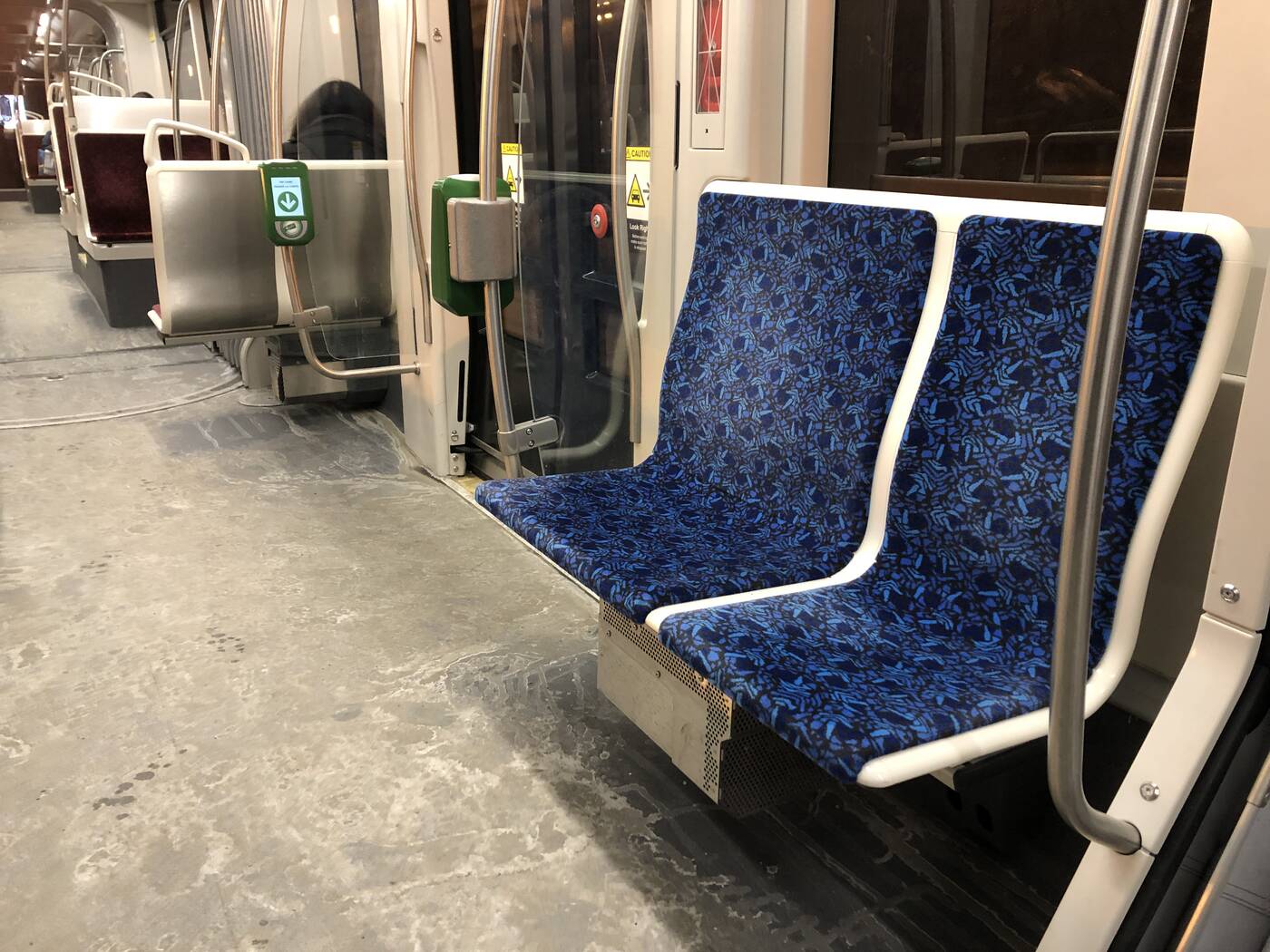 Still, they're different from other seats in terms of their size and position. 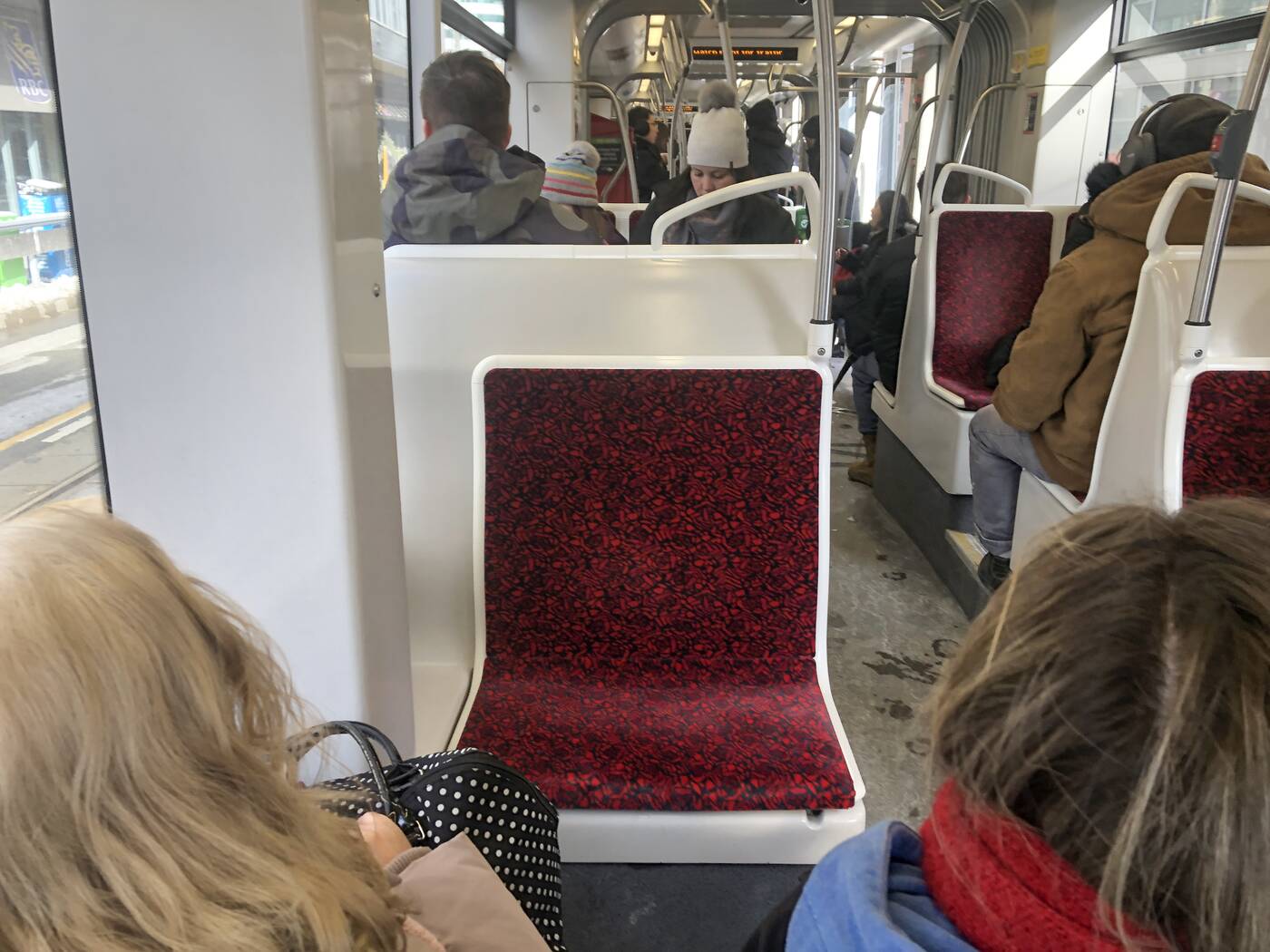 Two red seats at the back of TTC streetcars stand on their own, unlike most other seats which are arranged in pairs. Photo by Lauren O'Neil.

Should a TTC customer stand up and relinquish such a seat to a larger person if they approach and ask?

I mean, yeah, probably — that would be the polite thing to do. Don't assume, however, that someone larger-than-average wants your wide seat if they're standing nearby.

The red seats at the back of TTC streetcars aren't "fat seats," as some online have put it, but rather "family seats." 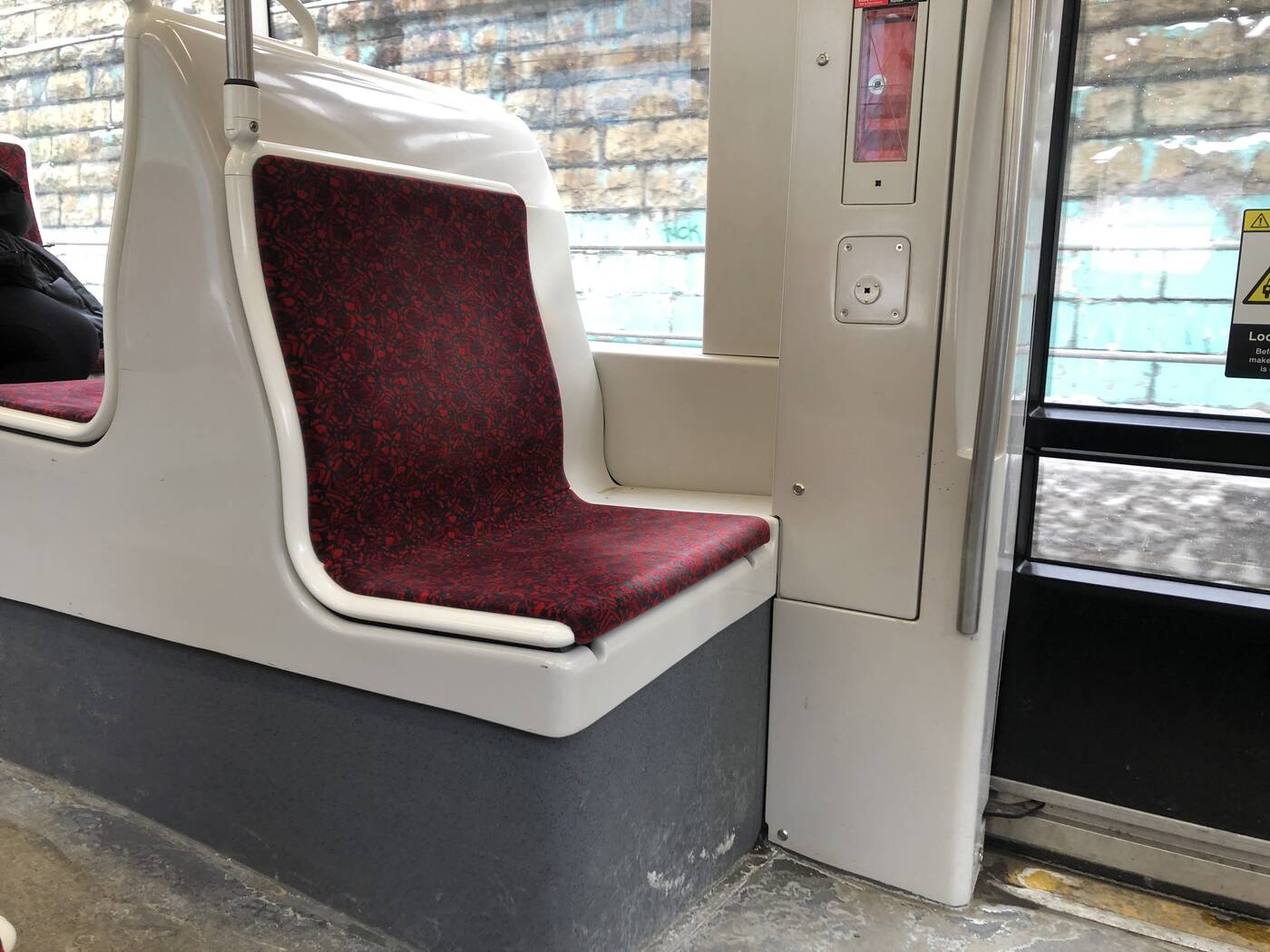 "They are called family seats and are considered a good size for a parent and child," said TTC spokesperson Stuart Green when asked about the unusually-sized streetcar seats.

"They are, obviously, available to anyone who wants to use them."

According to the TTC's website, these seats are about 1.5 times as wide as a standard streetcar seat.

As Green said, anyone is welcome to use them, regardless of whether they're travelling with a kid — and especially, one would hope, when wearing a puffy parka.