Hundreds gather in front of Toronto banks to protest pipeline

The streets of Toronto's Financial District became the site of a major protest today as hundreds gathered to rally against the construction of British Columbia's Coastal GasLink pipeline.

People with drums and signs gathered in front of the Toronto offices of Canada's major banks in solidarity with land defenders of Wet'suwet'en in northwest B.C., where the ongoing fight against the 670 kilometre, $6.2 billion pipeline continues. 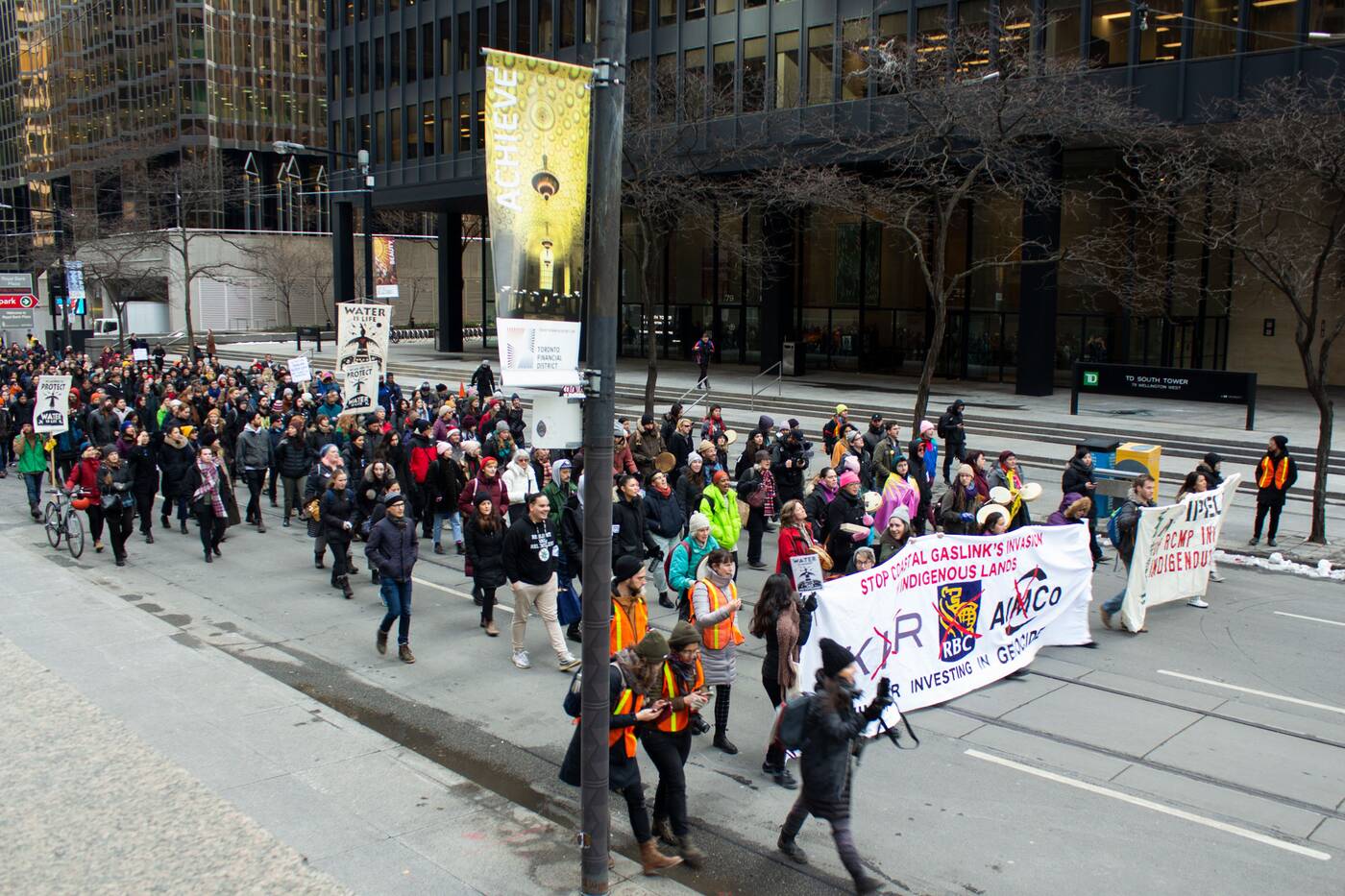 Today marked the one-year anniversary of RCMP raids which saw the arrest and forced removal of Indigenous people from their territorial lands, and a protest in solidarity at Nathan Phillips Sqquare last year.

Hundreds have gathered outside the Toronto office of RBC and TC Energy in solidarity with Wet’suwet’en land defenders 🗣 #Toronto #FinancialDistrict #WetsuwetenStrong pic.twitter.com/t1lfPpqFDa

This afternoon's rally began at the offices of RBC at 300 Bay Street, where members of Climate Justice Toronto, Idle No More Toronto, Rising Tide, and Porcupine Warriors led the rally. 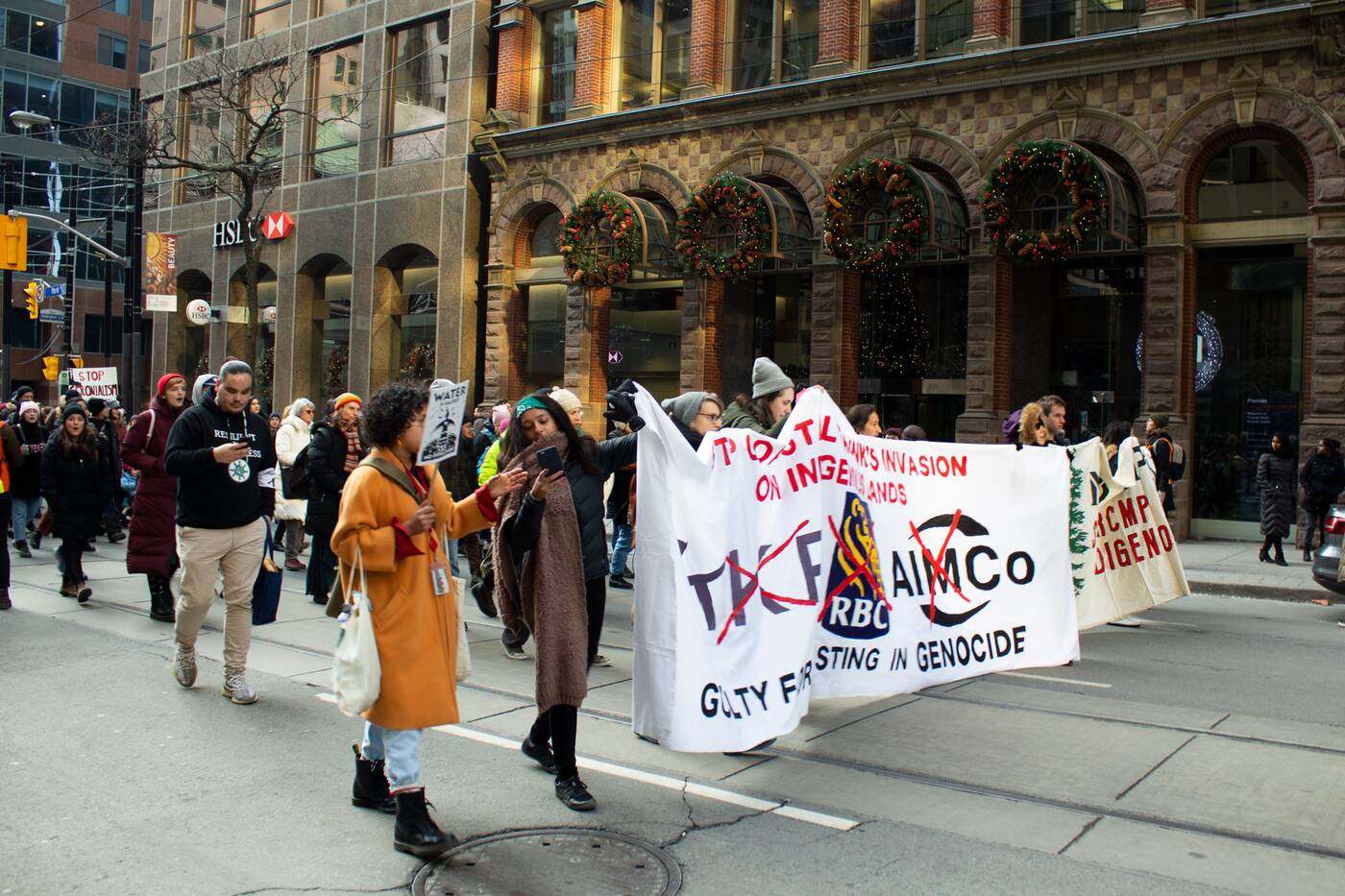 RBC is the sole financial advisor to TC Energy (formerly Trans Canada). Both HSBC and TD are the financial advisors for KKR, a Korean-owned investment company which co-owns the Coastal GasLink pipeline, alongside the crown coroporation AIMco. 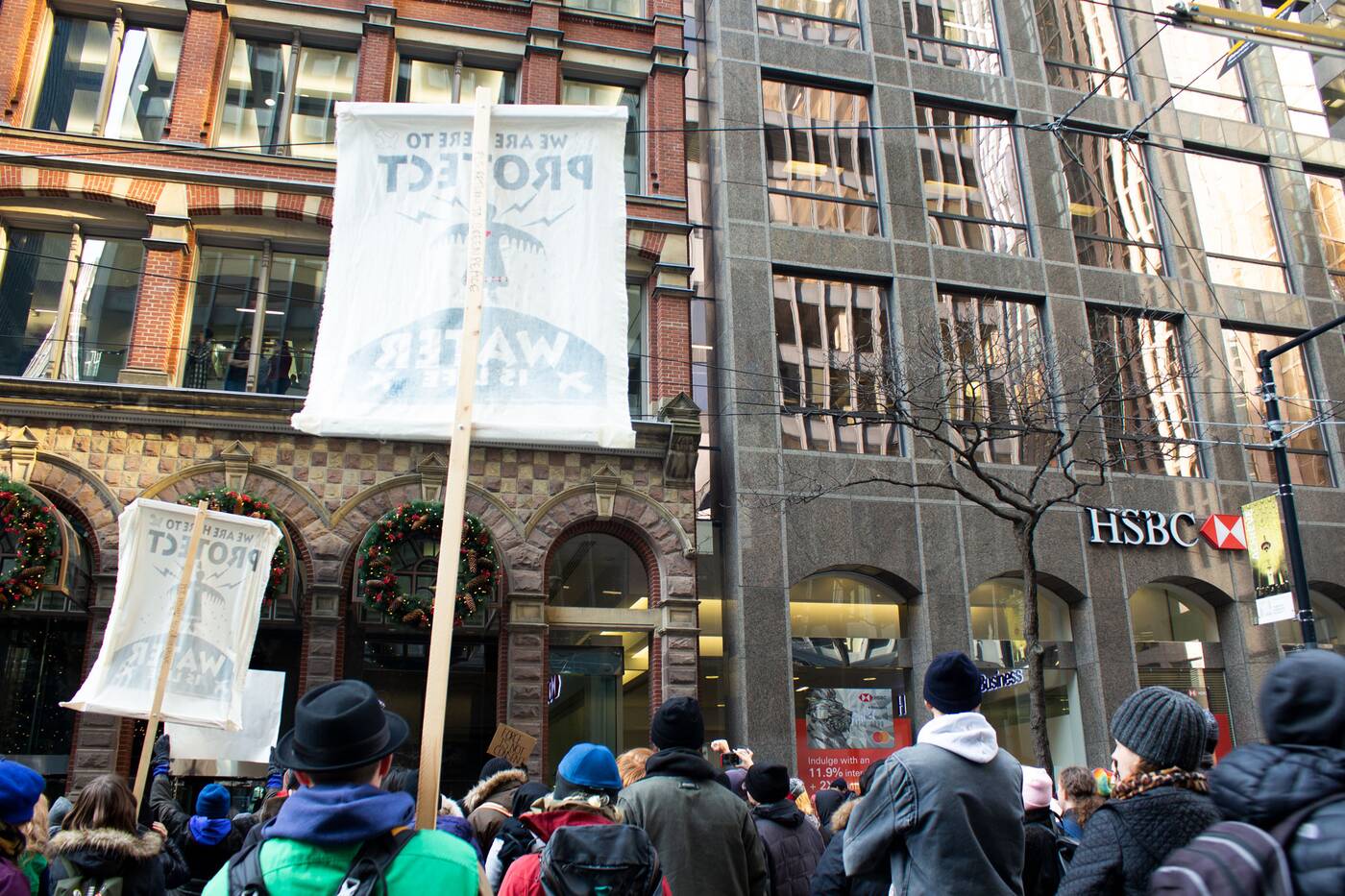 The crowd then migrated to the offices of HSBC at 70 York Street.

The protest eventually made its way to Bay and King, taking over the main intersection with a round dance.

AIMco's - one of the new owners of Coastal GasLink - Toronto office got a visit today letting them know what their investment in violent colonial projects on Indigenous lands means! https://t.co/TeXspkOdAd #unistoten #wetsuweten #wetsuwetenstrong #nopipelines @RisingTideTor pic.twitter.com/6VjfazSa19

Since last year's show of force, land defenders have been able to rebuild their camp and structures which were destroyed by RCMP officers last January. 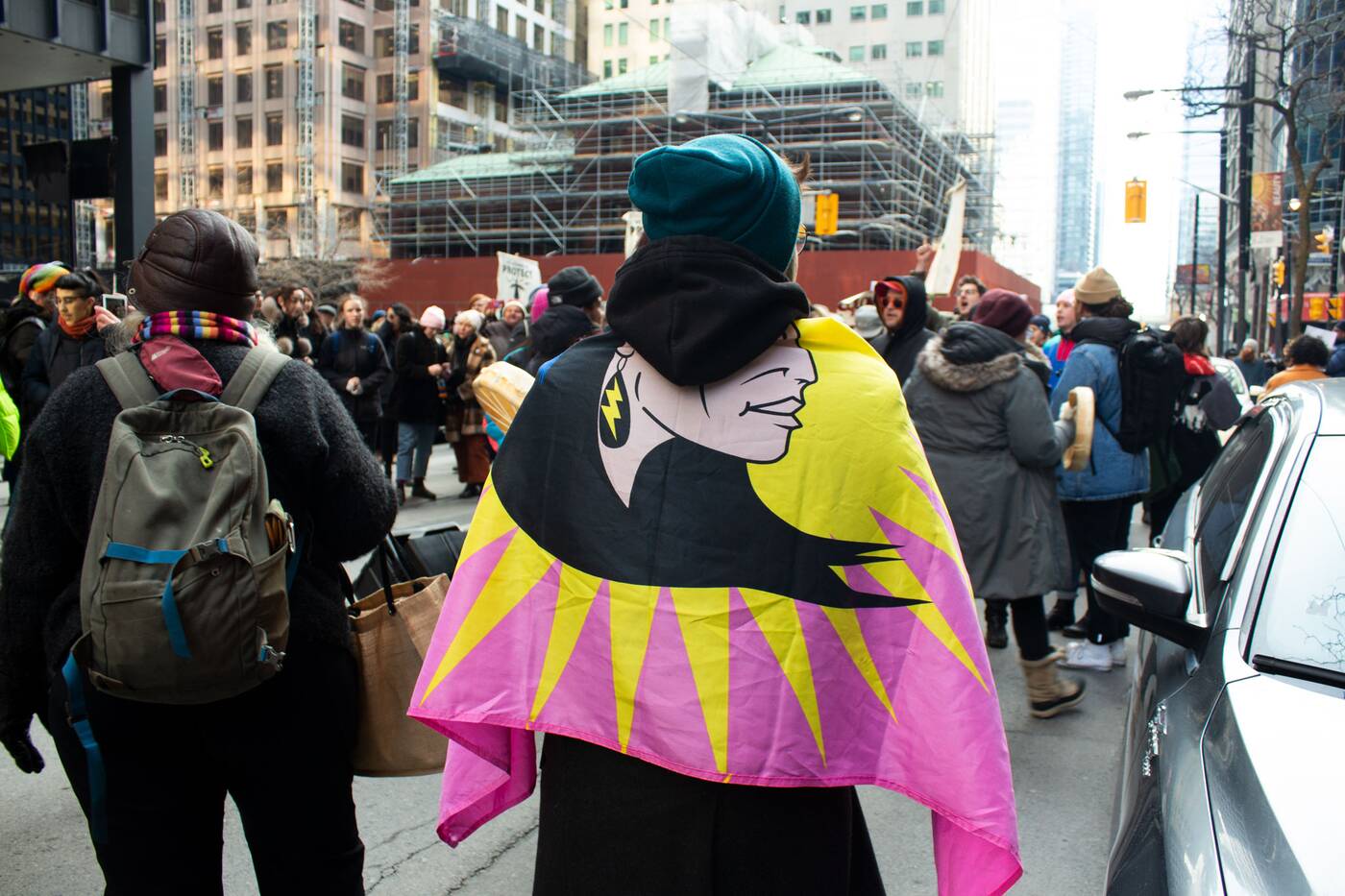 A UN racism committee is now calling on B.C. to suspend pipeline expansions, including that of Coastal GasLink. And according to RCMP documents obtained by The Guardian, last year's raid condoned excess violence toward Indigenous People.