The Cenotaph outside of Old City Hall has been vandalized just one day after hundreds of people gathered at the monument to remember soldiers who have fought for Canada on Remembrance Day.

The north side of the monument reads "with us." 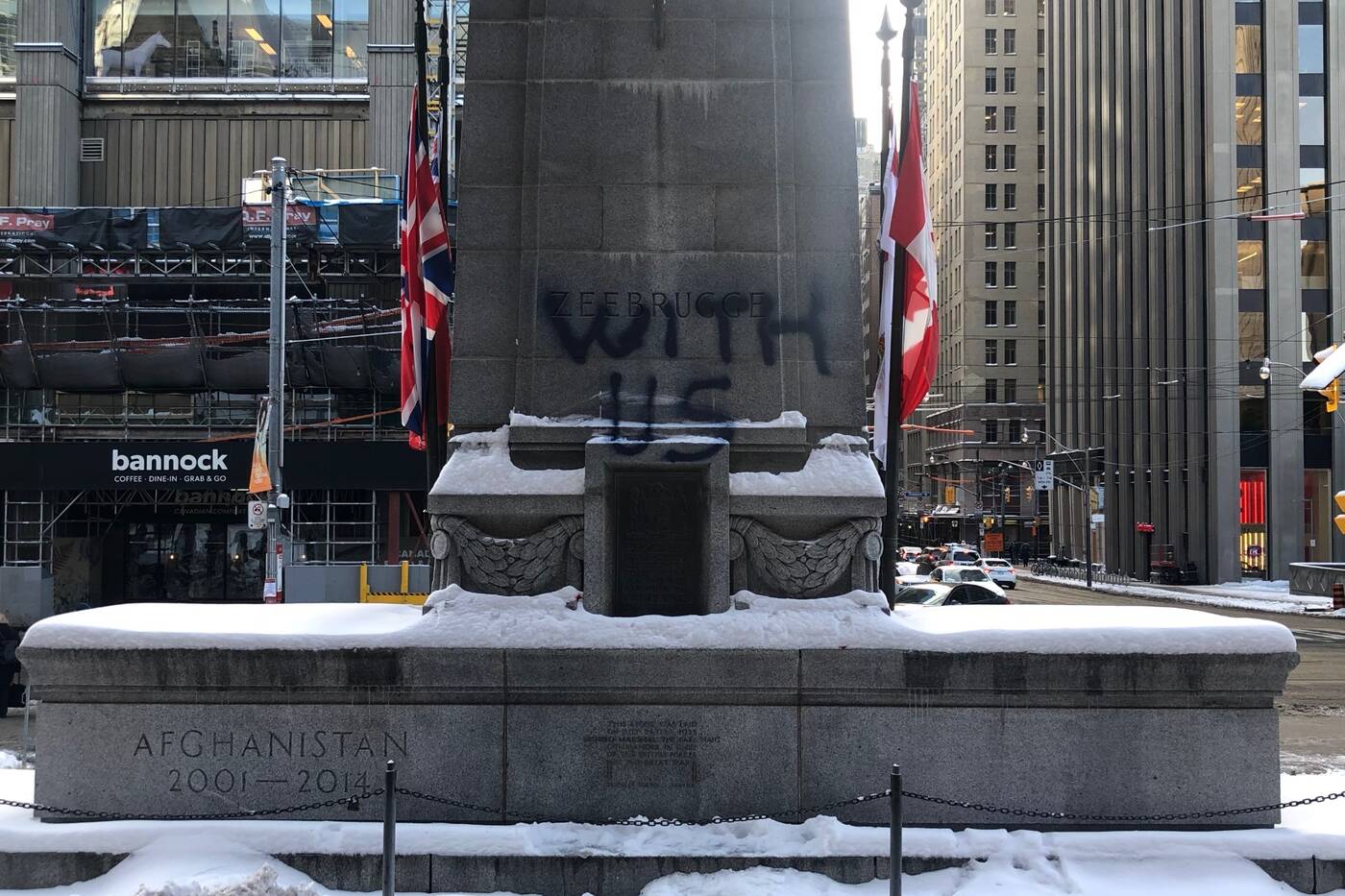 It appears the vandalized phrase is connected to a line in the memorialized poem "In Flanders Fields" by Canadian John McCrae.

"If ye break faith with us who die, we shall not sleep, though poppies grow in Flanders fields," the poem reads.

Toronto police were at the site, at Bay Street and Queen Street West, on Tuesday morning to investigate the scene.

Toronto police are asking the public to call 416-808-5200 if anyone has any information on incident.

I hope you charge the degenerates with a hate crime. I am so angry, I could spit venom right now 🤬🤬🤬🤬

Many people are shocked and disappointed by the defacing of the monument, while others are just plain angry.