Toronto Police say the two teenagers who were the subject of an Amber Alert last night have been found safe.

Police issued a release just after 1 p.m. in the afternoon yesterday, stating that the two teens were missing. The Amber Alert was issued just after 11 p.m. 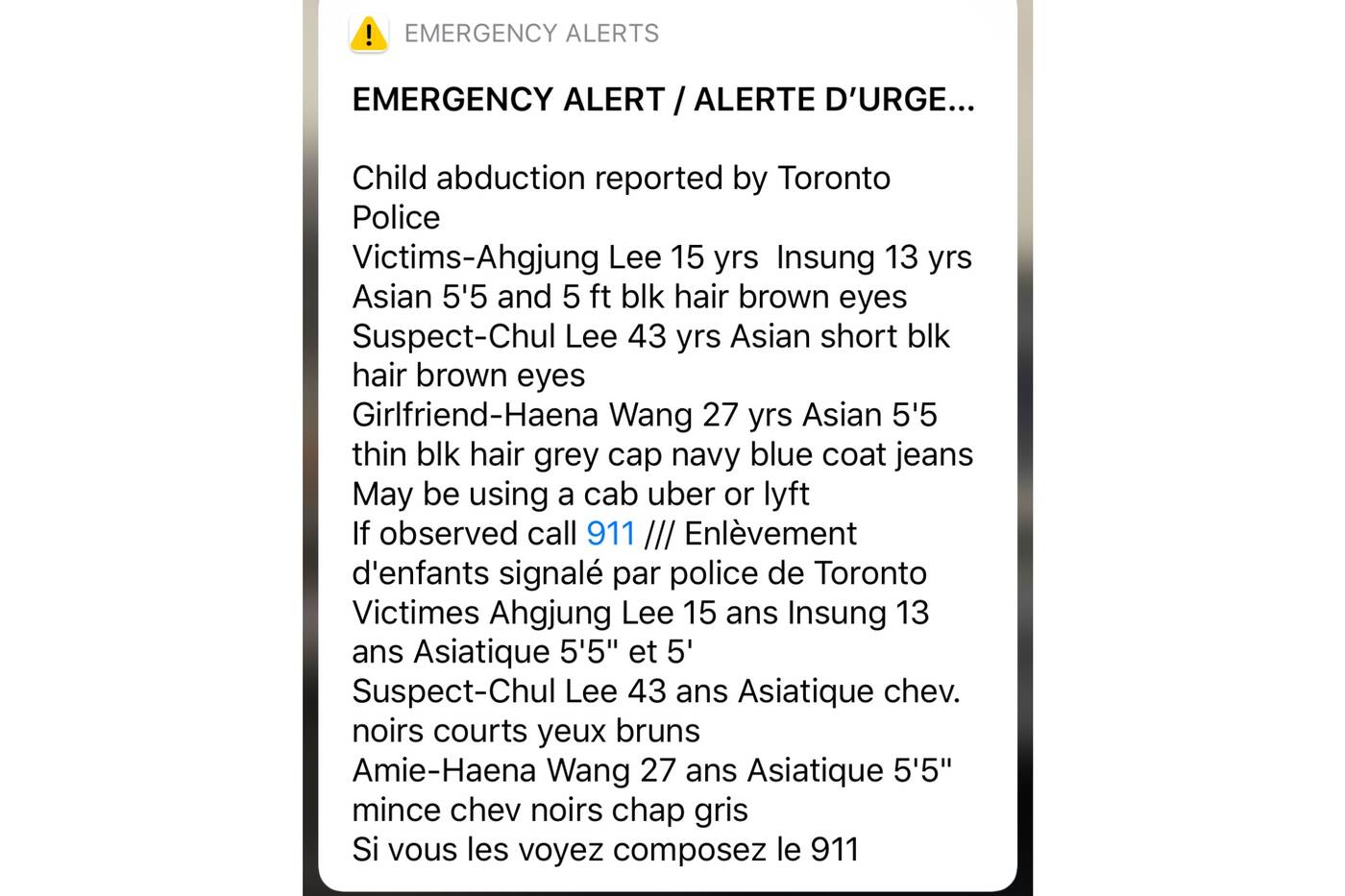 Prior to the alert, the 13-year-old boy and 15-year-old girl were last seen in Toronto’s west end in the early hours of Wednesday Morning. They were reported as being with their father, who was described as a suspect wanted in connection with their abduction.

The Amber Alert was cancelled approximately an hour after it was issued.

Ontario Amber Alert has been cancelled. The children have been located safe.

As seen with Amber Alerts in the past, many people in the province took to Twitter complaining about the alert.

You know what 100% of Ontario residents that get the amber alert are not doing? Getting out of bed and doing anything about it.

Most complaints seem to be about being woken up by the alert, or over receiving it and being located in a different city than the alert.

I'm up! You did it! I'm hours and hours away but still ring my god damned phone off the hook until I'm wide awake!

While there are still many complainers, more and more people have also taken to social media to condemn those who are annoyed by the Amber Alert broadcasting method.

A week in jail for anyone who complains about the #AMBERAlert

It's of note that police are finally starting to crack down on those who call 911 to complain about Amber Alerts interrupting their sleep or hockey games.