An old wooden platform that has sat in the Junction for over a decade will soon be demolished to make way for an eight-storey condo, and some locals aren't happy about it.

A rezoning application has been submitted to the City for a new midrise called The Pacific, which is slated to take over the properties at 2946-2968 Dundas Street West.

The Core Architects-designed building, which is being proposed by Oldstonehenge and Clifton Blake, will see an existing three-storey building at the corner of Pacific Ave. and Dundas Street removed.

The Rowntree building, the four-storey building which sits at 2946-2954 Dundas on the easternmost side of the site, will remain intact.

In between those two buildings, however, sits the beloved community space in question: a wooden structure called the Junction Train Platform.

Spanning about 15 metres across an otherwise empty lot, the wooden platform has acted as a Junction gathering space for years, in particular for the weekly Junction Farmers' Market that has been happening every Saturday for years.

The unique structure will also be demolished, according to The Pacific rezoning application, and some locals have taken to social media to mourn the loss of an important neighbourhood hub.

"I'll miss this spot. Most in The Junction will," wrote one user on Facebook. "A community space, a place to relax. Developers own Toronto and are ruining what little space we have left to breathe."

"I agree with you," wrote another user. "Totally opposed. I've been in the Junction for 20 years and love its unique community feel. I feel like this is the beginning of the end." 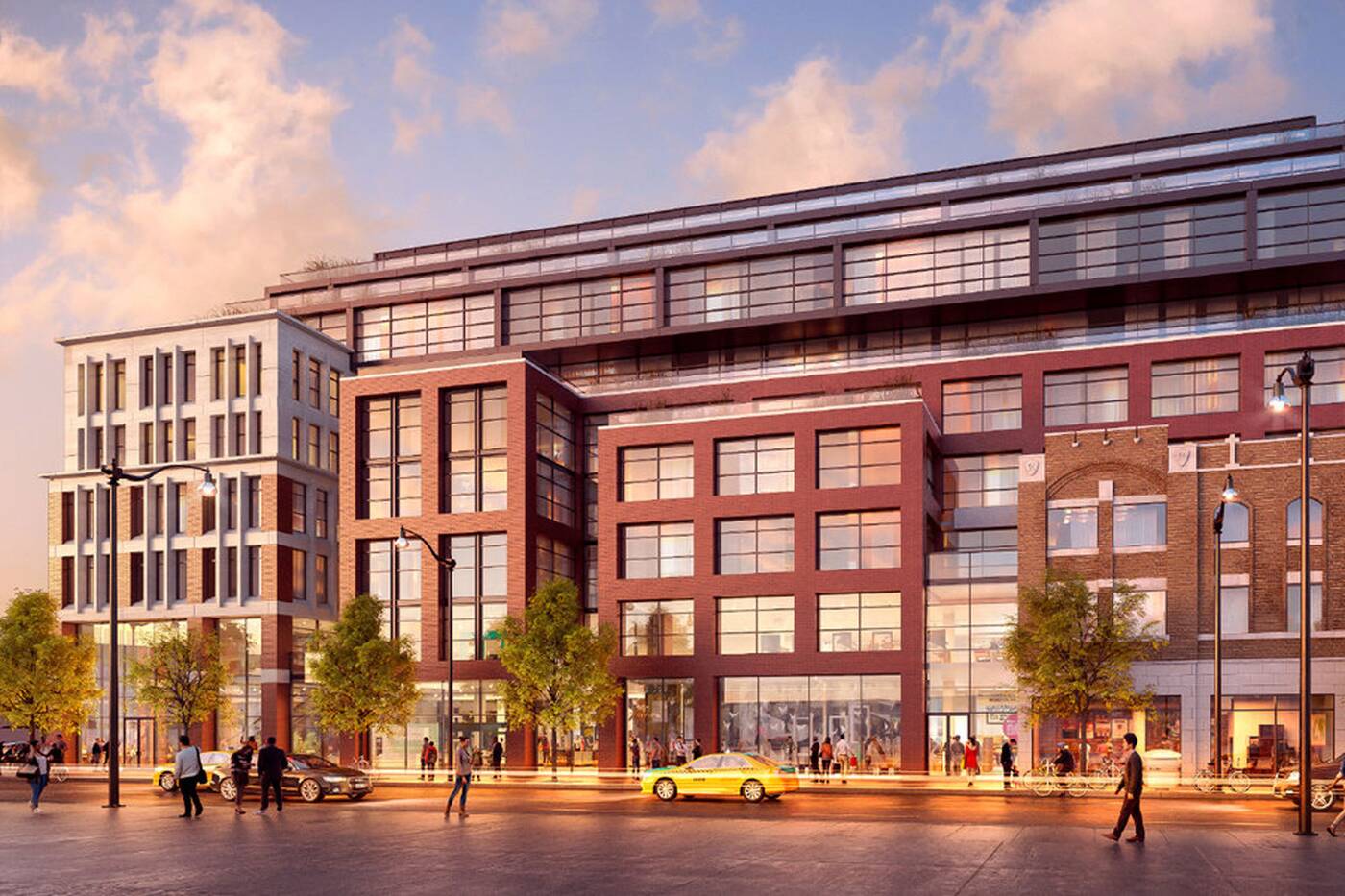 The Junction Train Platform will be demolished to make way for The Pacific. Photo via Oldstonehenge.

Despite what its name might suggest, however, the Junction Train Platform is not a 20th century relic from Toronto's railway yore.

It was built sometime shortly after 2003, says Mary Ann Di Bernardo, the ex-Vice Chair of the Junction Triangle BIA and longtime owner of Latitude 44, the custom framing shop she runs with her sister Janet.

According to Di Bernardo, the site was home a woodworking shop called Ray's Place and Catherine's Jewellery up until around 2005, before the buildings were demolished and the platform (designed by Deborah Friesen Architect Inc.) was built.

Both the property and the Train Platform are owned by Old Stonehenge, who have allowed the public to use the space up to this point. Despite being less than 15 years old, the platform has seen some significant wear and tear.

"We'll certainly miss it and we've enjoyed the use of it," says Carol Jolly, the Executive Director of The Junction BIA. "We're grateful that the owners will continue allowing us to use it."

Jolly says she doesn't know exactly when construction will begin, but that shovels won't hit the ground for another few years. The Junction Farmers Market will continue to operate until then, after which they'll have to find a new place to sell their local wares.

The development application shows plans for 102 new living units, office spaces, a green roof, and a future restaurant (terrace included), but no signs of a suitable replacement for a public-use platform.

"There's not a lot of public space that's sitting idle these days."