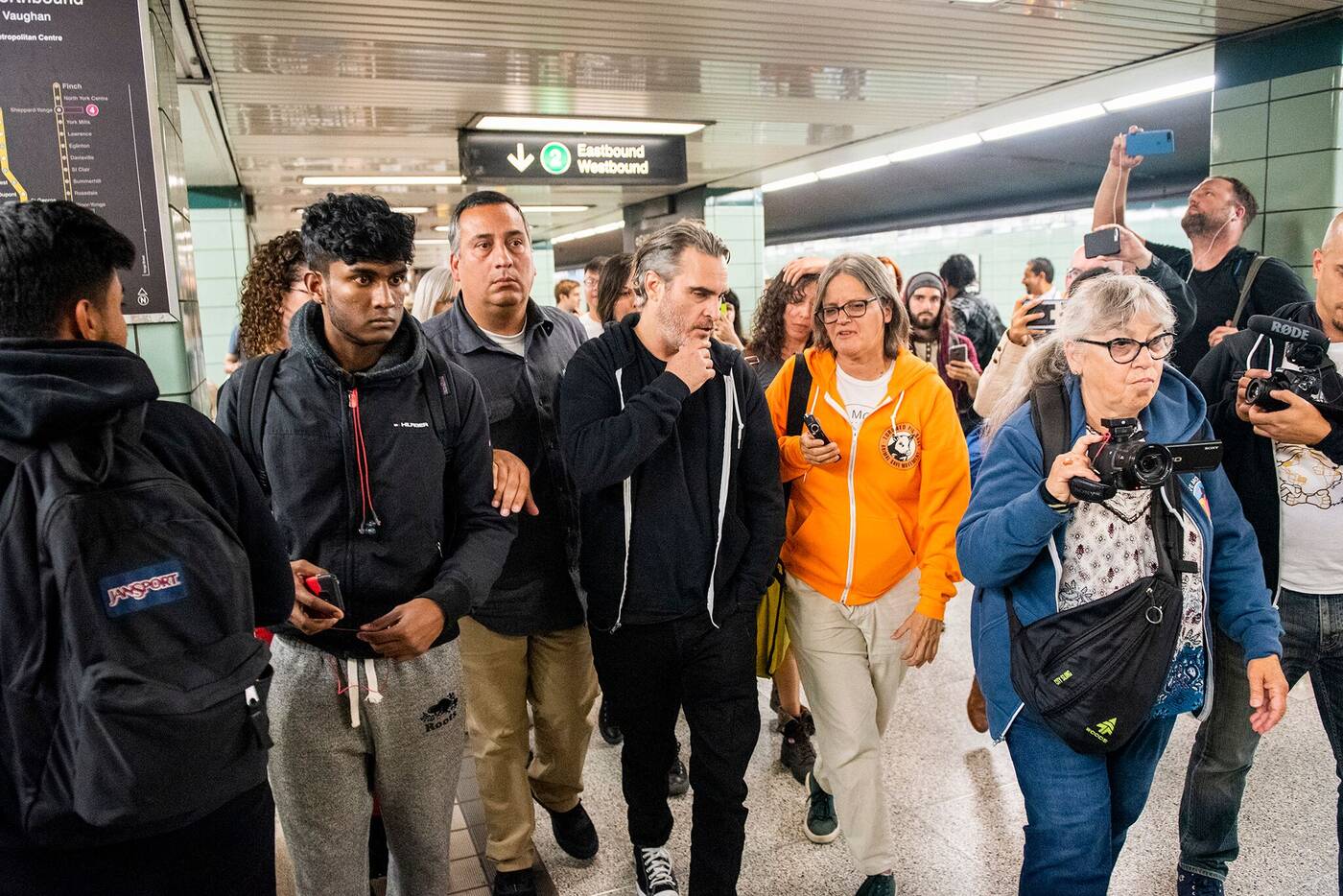 In town for the 44th annual Toronto International Film Festival, Phoenix appeared at St. George Station shortly before 4 p.m. on Monday afternoon — just hours before he was set to receive TIFF's inaugural Tribute Actor Award alongside Meryl Streep at a gala thrown in their honour.

While there, the actor posed for photos alongside a provocative ad campaign from the animal justice advocacy group BeFairBeVegan.

"A vegan since the age of three, Phoenix has frequently lent his celebrity to support the cause of animal rights, expressing his support for BeFairBeVegan as early as 2016, when the campaign first launched in New York City," wrote the organization in a press release.

"BeFairBeVegan's message focuses on the inner experiences of the animals we use for food, fabric, research, entertainment, and other exploitative purposes," the release continues.

"The ads are intended to remind viewers that our fellow animals are much more similar to us than we usually acknowledge, and that it is the consumer choices of each individual that keeps these sentient beings in bondage." 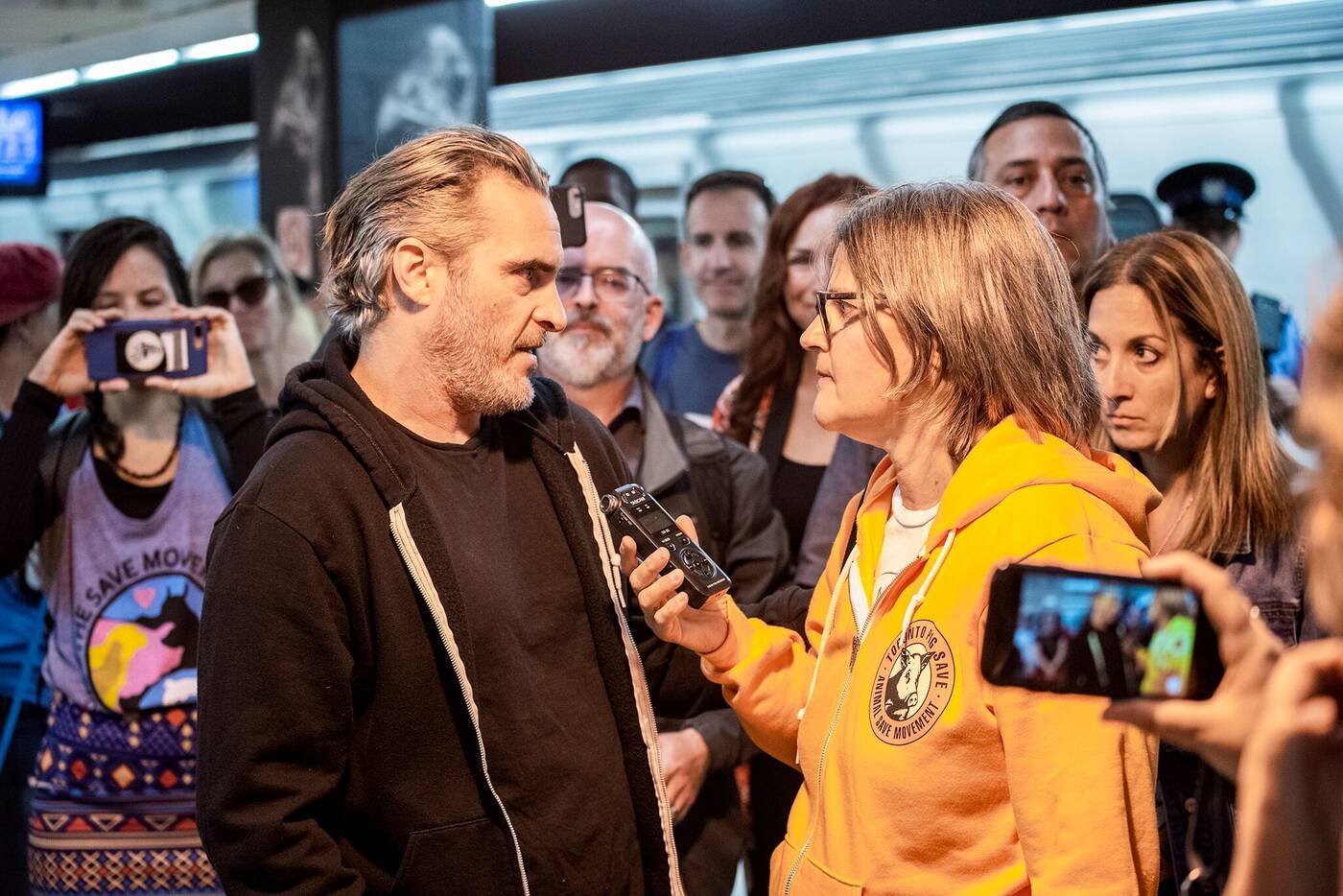 Truth be told, the ads at St. George Station would likely be getting attention even without the aid of an international superstar.

The campaign, which will run for eight weeks throughout Toronto, is gripping and almost painful to take in.

Photos of frightened animals are interspersed with true, horrific facts about the industries that exploit them, as well as powerful phrases such as "Imagine being born to be destroyed" and "Imagine losing every one of your babies." 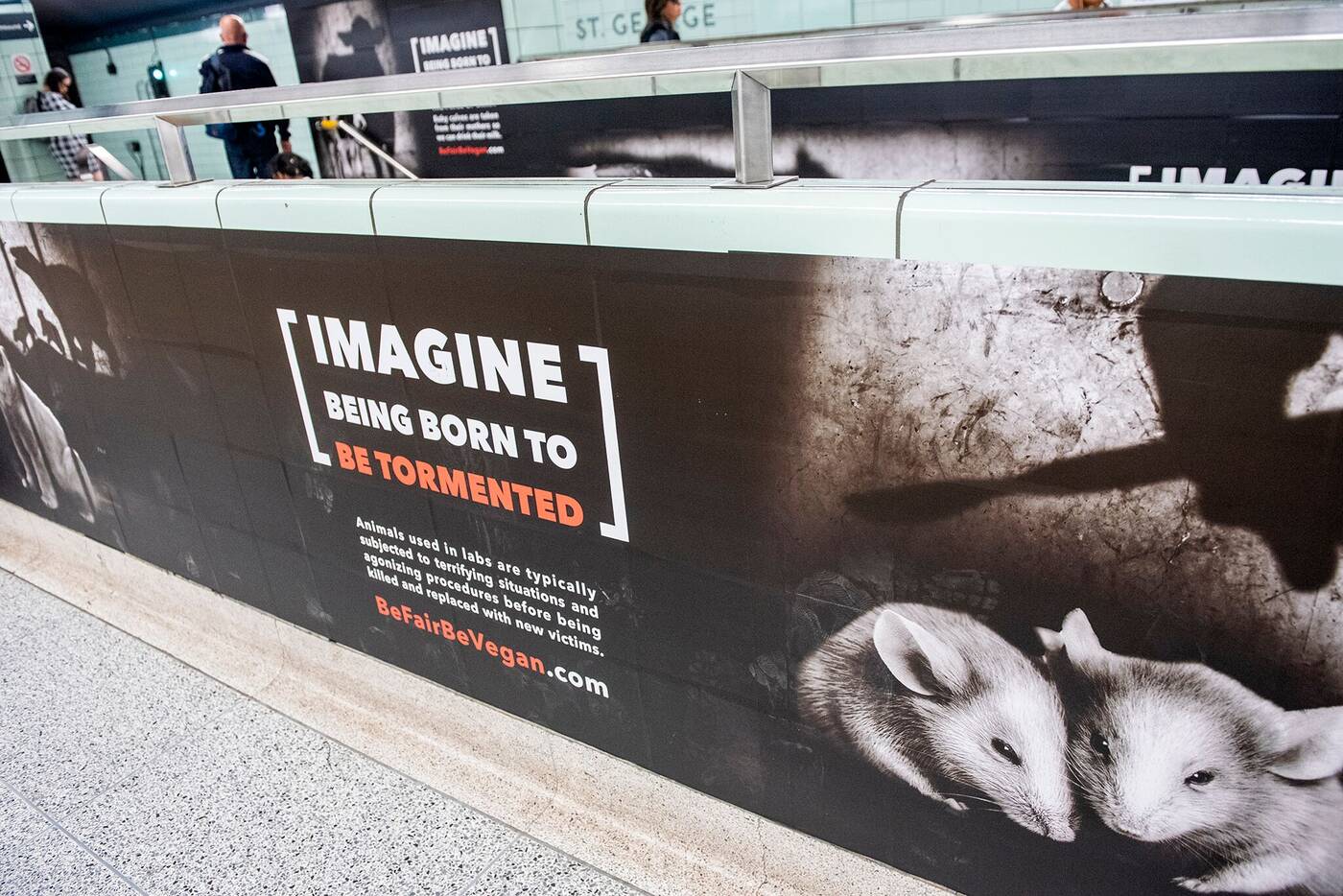 Phoenix wasn't able to comment on the campaign at St. George station on Monday, though he did thank event organizers for their hard work and spoke to local animal rights activists.

You can catch him on the red carpet this evening outside Roy Thomson Hall for Joker, if you're lucky enough to score a space.

You can catch the BeFairBeVegan ads Phoenix champions, however, in the form of streetcars, bus murals and transit shelter posters between now and November.