Toronto is going to be hot and humid this September

Haven't had time to hit the beach with your pals this summer yet? Don't worry, Toronto — you've still got at least a month of summer weather ahead.

The American weather forecasting service AccuWeather just released its 2019 autumn forecast for Canada and things are looking mighty warm from coast to coast.

Southern Ontario should see particularly balmy, if not steamy temperatures well into October, according to meteorologists, "as summer warmth and humidity linger across the region."

"Fall will get off to a late start around the Great Lakes and into Quebec as the main storm track allows for surges of late-summer season warmth and humidity," said AccuWeather's Canadian Weather Expert Brett Anderson in a piece published to the service's website this week. 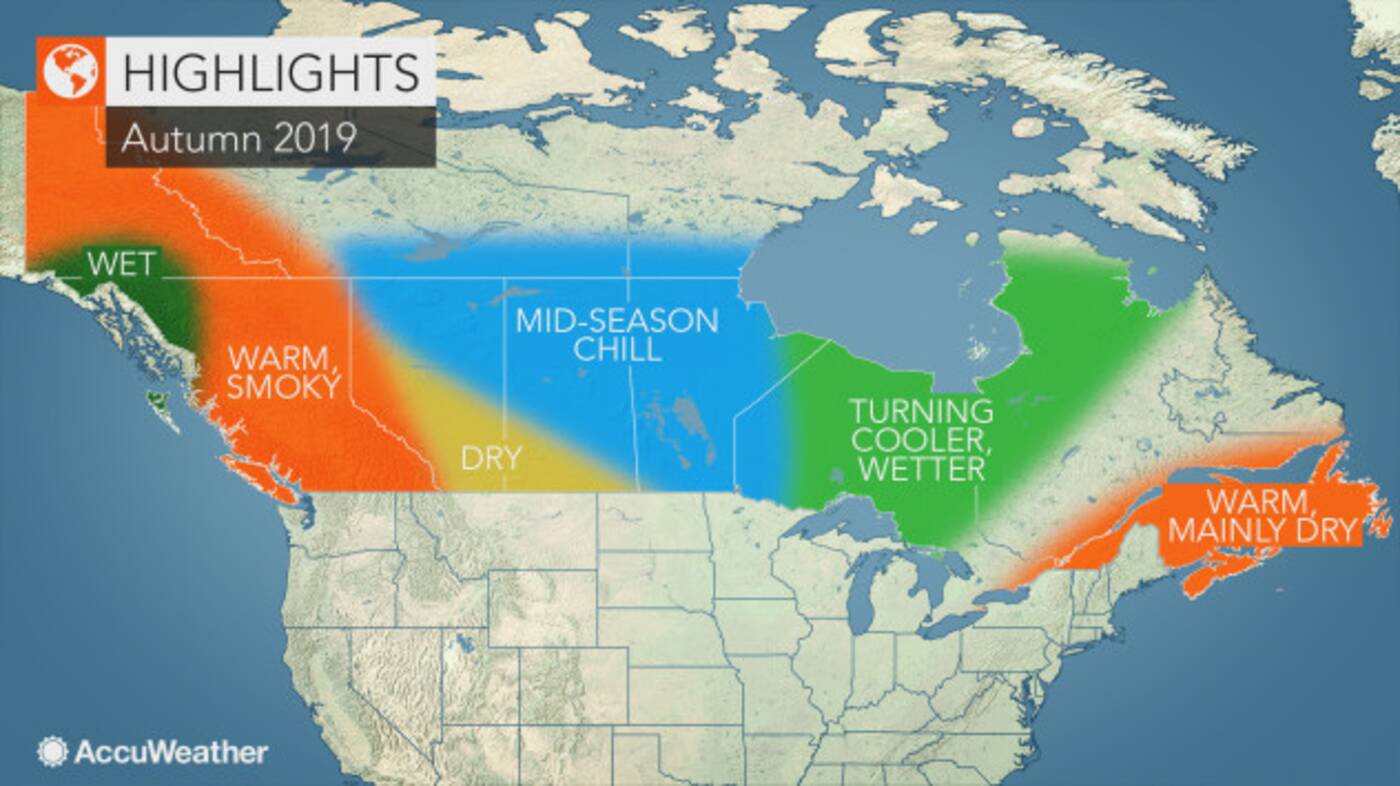 Meteorologists are calling for a warm and dry autumn in Toronto and the rest of Southern Ontario. Image via AccuWeather.

"This pattern may delay the annual first freeze by a week or two from southern Ontario to southern Quebec and the Maritimes, which would extend the growing season," said Anderson.

Cities in Atlantic Canada could see tropical systems stick around until as late as mid-November, making for warm, but unstable weather conditions.

Toronto, Ottawa and Montreal are all expected to feel their first chill of the season sometime in October as surges of cold air come down across the warmer Great Lakes, bringing about a greater risk of thunderstorms and waterspouts.

Last year, the GTA saw its first sprinkling of snow on October 18. Here's to hoping we get at least a few more t-shirt days in 2019.