As worldwide tensions surrounding the conflict between China and the special administrative region of Hong Kong continue, pro-Hong Kong protesters in Toronto are still showing their support.

Approximately 50 people gathered to form a human chain around Union Station earlier this morning to demonstrate their support for Hong Kong.

Protesters shouted "Fight for freedom" and "Stand with Hong Kong" while holding hands in a straight line. 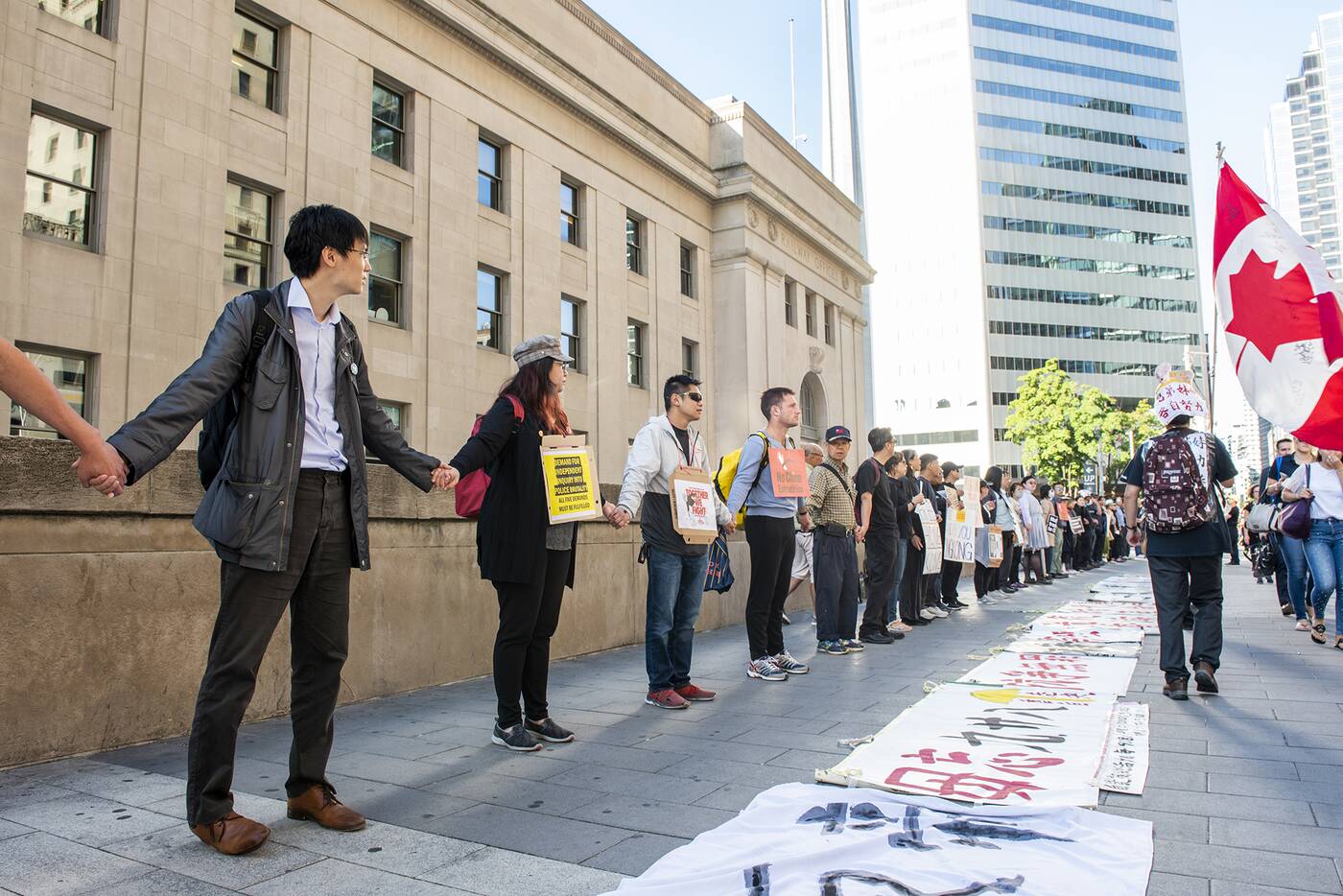 The Toronto protest aligns with others currently taking place in Hong Kong as well as other parts of the world, where protesters are also forming human chains in honour of the "30th anniversary of the Baltic Way, when millions created a chain across three countries to protest Soviet occupation," according to CNN.

The Hong Kong and China conflict originally began because of a controversial, now-suspended extradition bill which was said to infringe on the civil liberties and rights of those in Hong Kong. 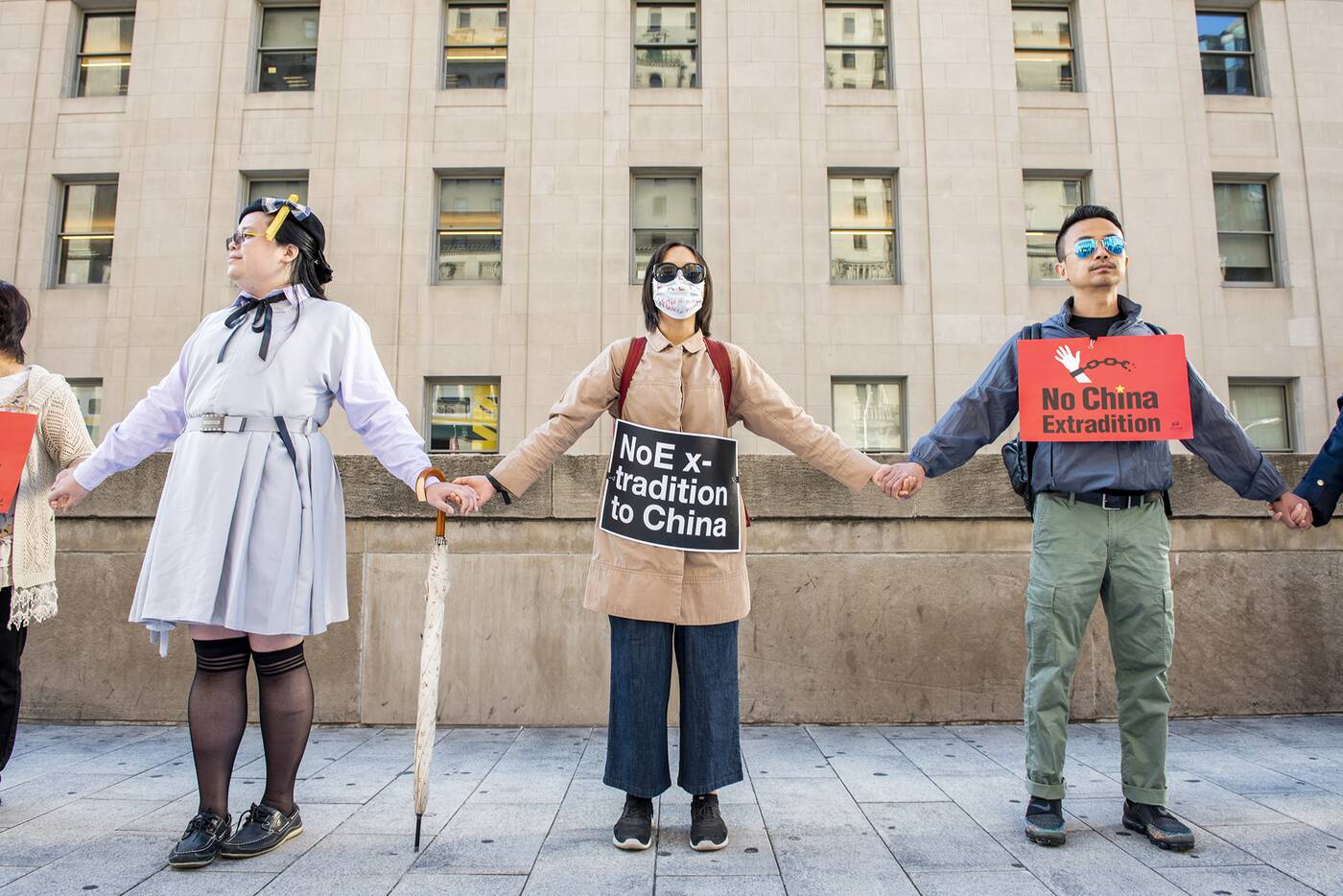 The fight has become something bigger though, as protesters are now demanding democracy and political reform.

No Chinese Nationalists appeared to be present at today's protest, unlike a few days ago when many showed up in luxury supercars.

While many demonstrations related to this conflict have escalated to the point of violence, today's protest remained peaceful and calm.