According to animal rights activist Len Goldberg, protesters locked themselves to tubes connected to concrete blocks on the "kill floor" of the slaughterhouse, located at 100 Ethel Ave. in Toronto.

Activists also walked around the facility in order to "bare witness" to how the animals are treated and slaughtered. 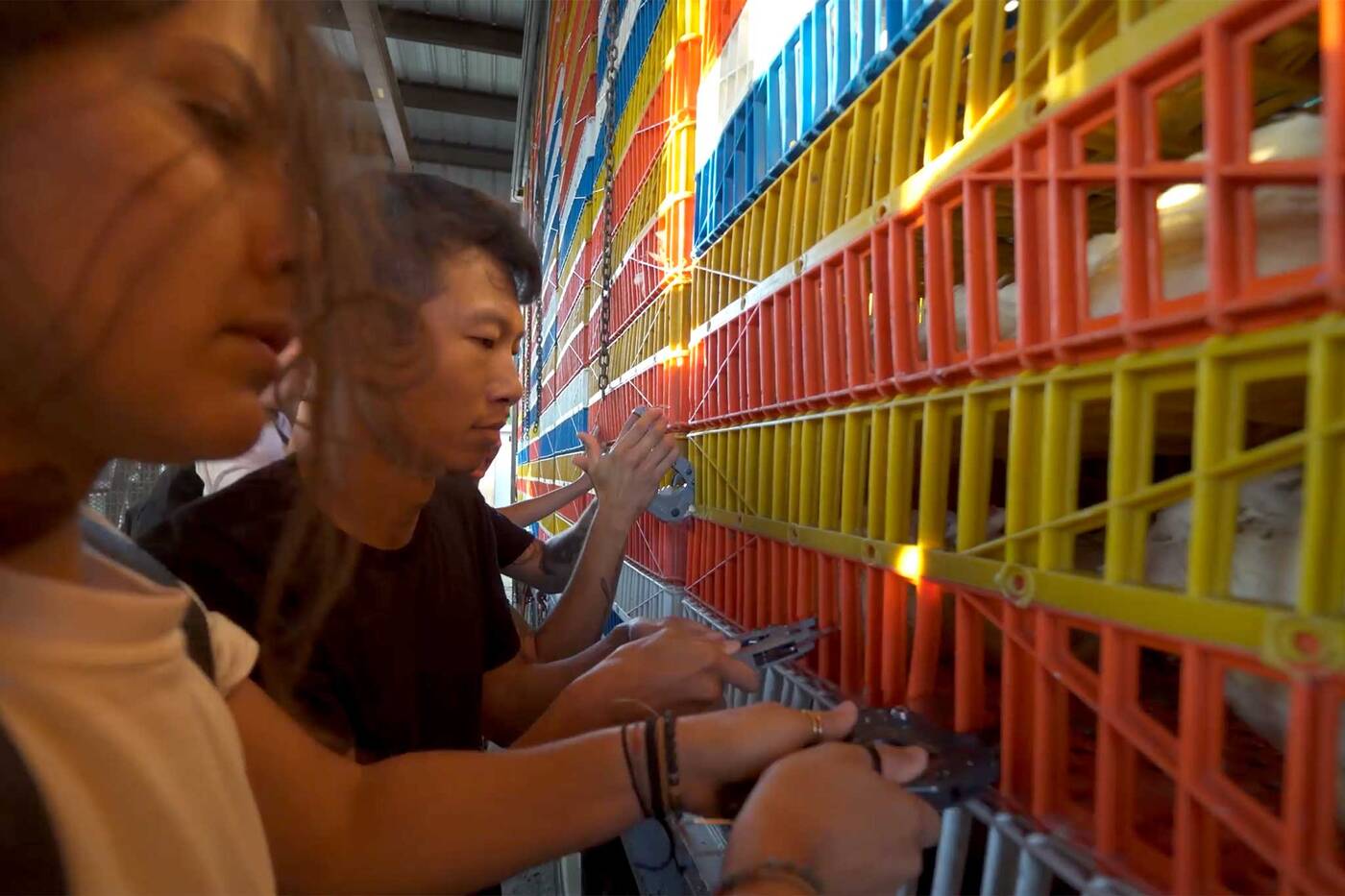 A team of activists work quickly with cutting tools to free chickens from cages inside the Maple Leaf foods slaughterhouse in Toronto.

About 12 police cruisers eventually arrived on the scene, but Goldberg said they were unable to remove protesters because of the concrete blocks — and the slaughterhouse was temporarily shut down.

According to a video posted online, at least four chickens were freed during the protest. 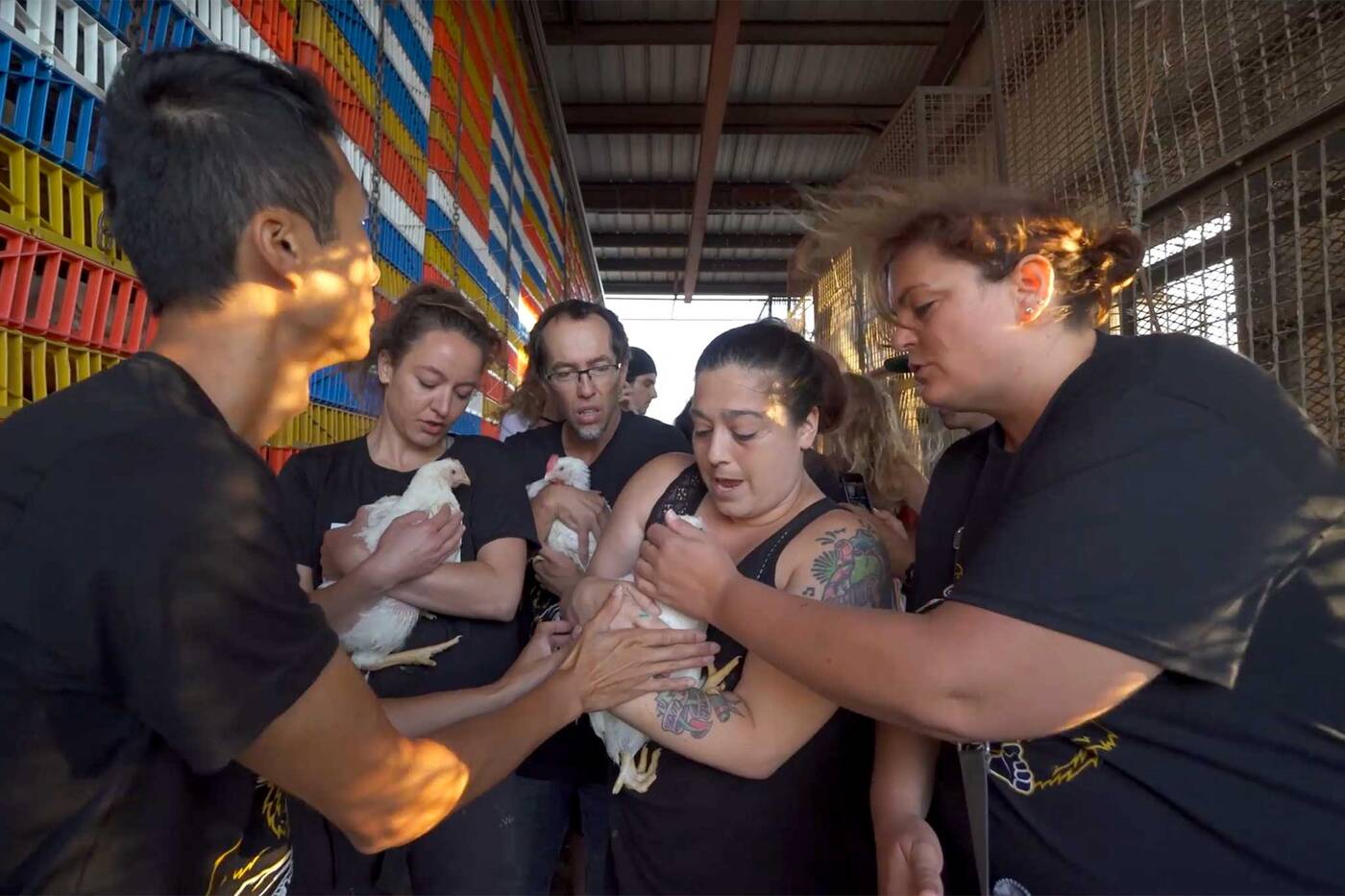 Nearby at Keele and St. Clair, as a part of the overall protest against the slaughterhouse, activists blockaded the intersection.

Police tweeted about the incident and said officers were on location to keep the peace. 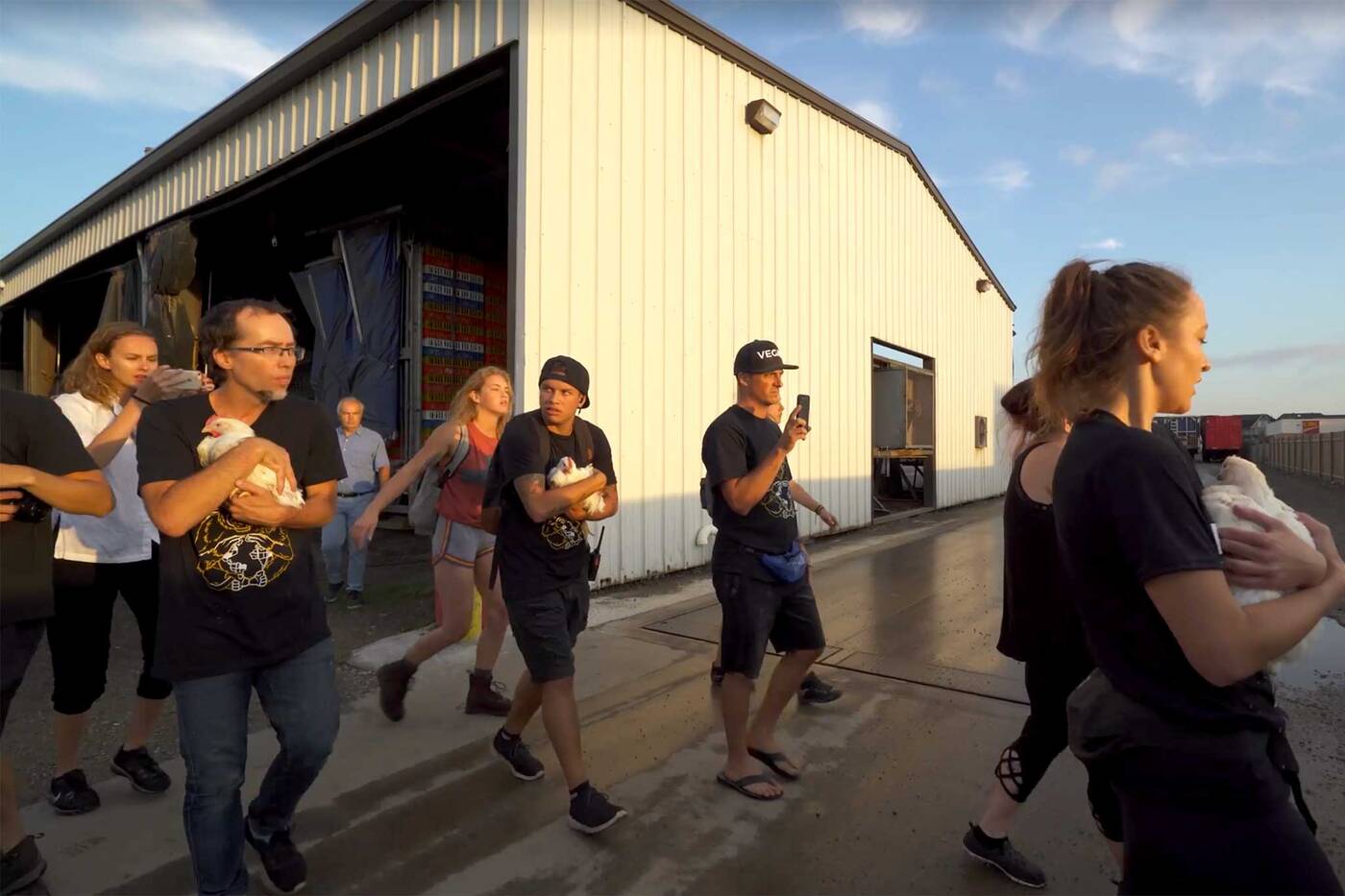 The recent increase in protests is no coincidence: today is the last day of the Animal Liberation Toronto conference and activists have made a point of making their voices heard throughout.