If you've ever walked on College Street at night, you might have noticed three intersections that are not like the others.

Head to the corners of Dovercourt, Ossington, and Roxton anytime after dark and you'll find pockets of the street, bathed in blue.

They look like a blip in the Matrix, or in the case of the one at Ossington, like a bus stop safety measure, possibly in conjunction with the TTC's Blue Night Network. 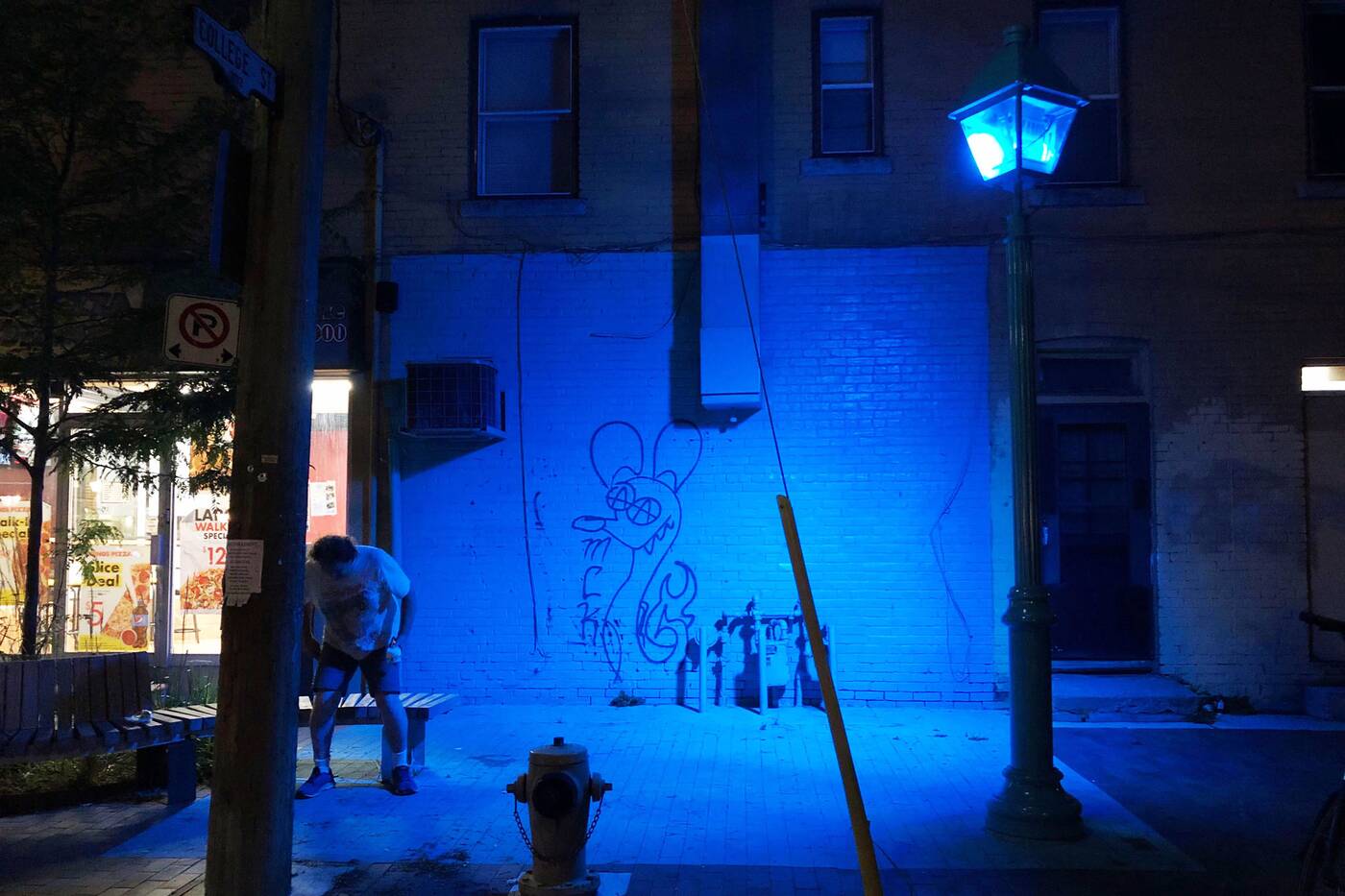 The block of blue light at College and Dovercourt is part of a larger art project. Photo by Tanya Mok.

Actually, this trio of lit-up corners is not (intentionally, anyway) either blip or safe haven, but part of a permanent project called The Blue Room.

Since their inception last year, these three intersections — named The Garden, The Storefront, and The Living Room — have been lighting up half an hour before dusk each night.

Every hour, the light changes from a turquoise-like hue into a full blue, but just for 60 seconds. Every half hour, the lamp projects white light onto the blue painted surfaces instead.

The installations were designed by artist Stanislav Jurkovic as part of the College Promenade BIA's sweeping Streetscaping Development Project, which saw 58 new trees planted, public artwork, and paving in a messy bid to improve the stretch between Havelock and Shaw Streets. 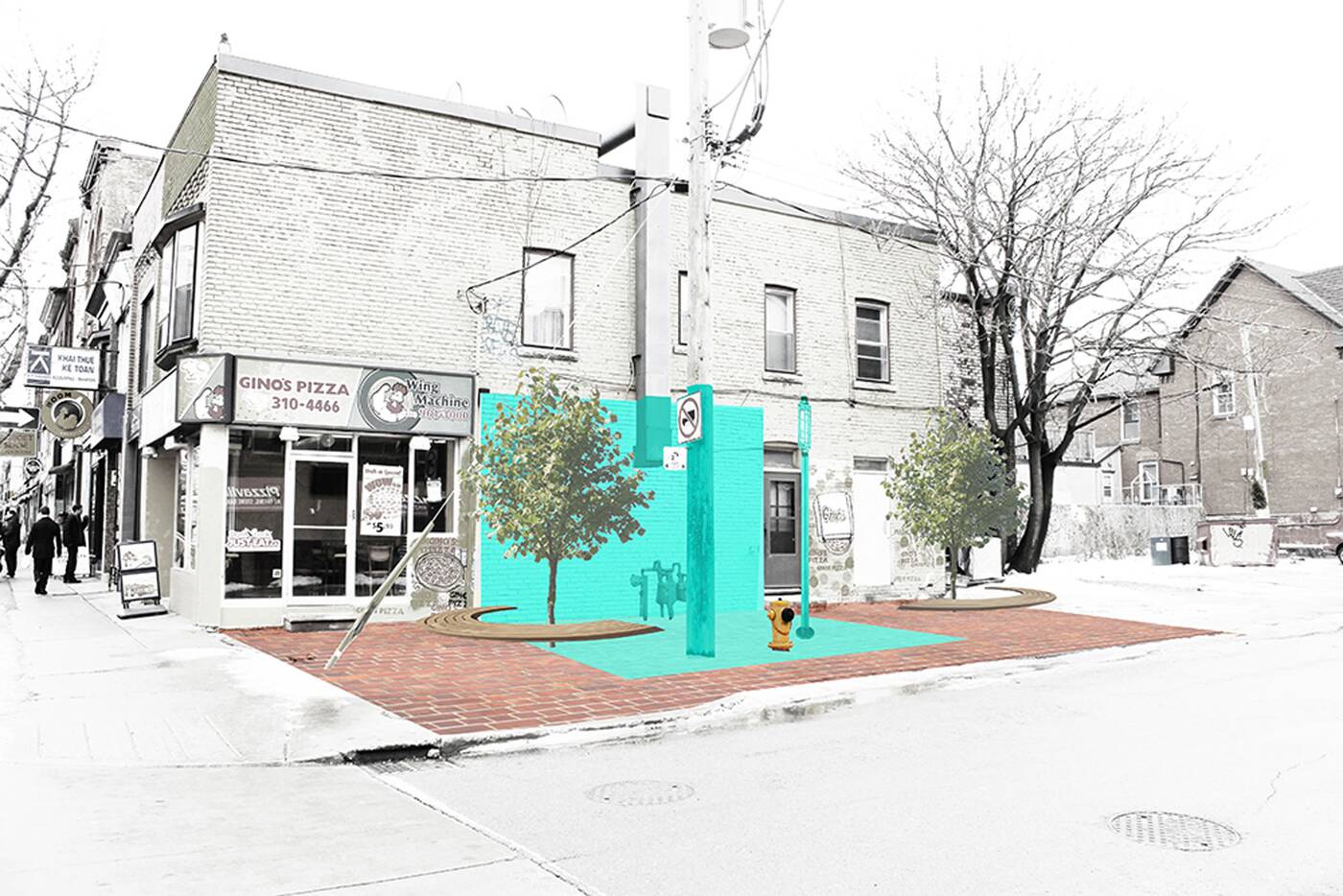 Original renderings of The Garden at Roxton Road. Photo via Blue Room on College.

"The colour blue is not generally found in our normative composition of the city," says Jurkovic.

"Our bricks, masonry, concrete and wood all have more muted warm and grey tones. Blue is of our atmosphere and reflected in water bodies. As such it would have a significant impact on delineating this space as distinct from the material city."

Despite the fact Jurkovic conceived the idea in 2013, it wasn't until 2018 that the project could be fully implemented, in partnership with PMA Landscape Architects. 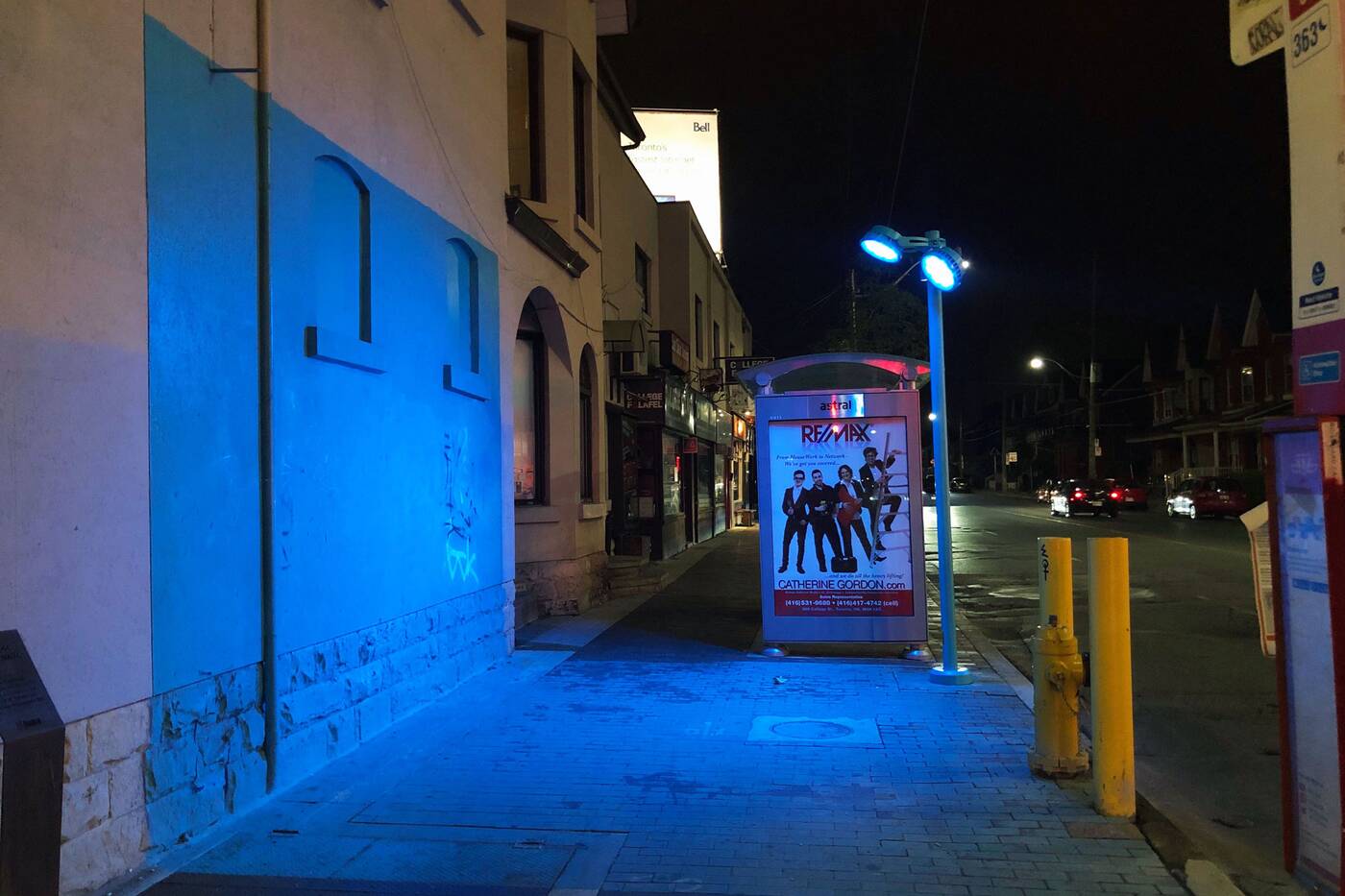 Today, some of the painted surfaces have already been marred by graffiti, but the idea of an open 'room' is still visible in the brick and concrete jungle of the city.

"During the day, people come into focus as they leave the city and walk through the blue field, while at night they meld into, and become part of, the blue. "