Toronto stripmalls are about to get more interesting

Hanging out in the parking lot of a Toronto strip mall may not be your idea of a good time, but it could be this summer.

The exterior of Wexford Heights Plaza (the Scarborough strip mall of film festival fame) just got a big upgrade thanks to a new initiative called plazaPOPS.

The project, which aims to transform the drab areas around suburban strip malls into vibrant community spaces, launched its pilot project WexPOPS today, transforming the plaza parking lot into a little green oasis.

Planters with over 300 plants, including blooming sunflowers and edible herbs, tables, and comfy seats complete with umbrellas and twinkle lights at night now sit on the asphalt across from the diner mainstay Wexford Restaurant.

"As the city densifies, a lot of these strip malls are going to be demolished," says Daniel Rotsztain (known online as the Urban Geographer) whose Masters thesis was the jump-off point for PlazaPOPS.

"The project was born out of a desire to think about how to urbanize the inner suburbs while working with the existing vibrancy, instead of erasing what’s there."

According to Rotsztain, the number-one request from local residents and businesses during the consultation process was a green space with more plants. 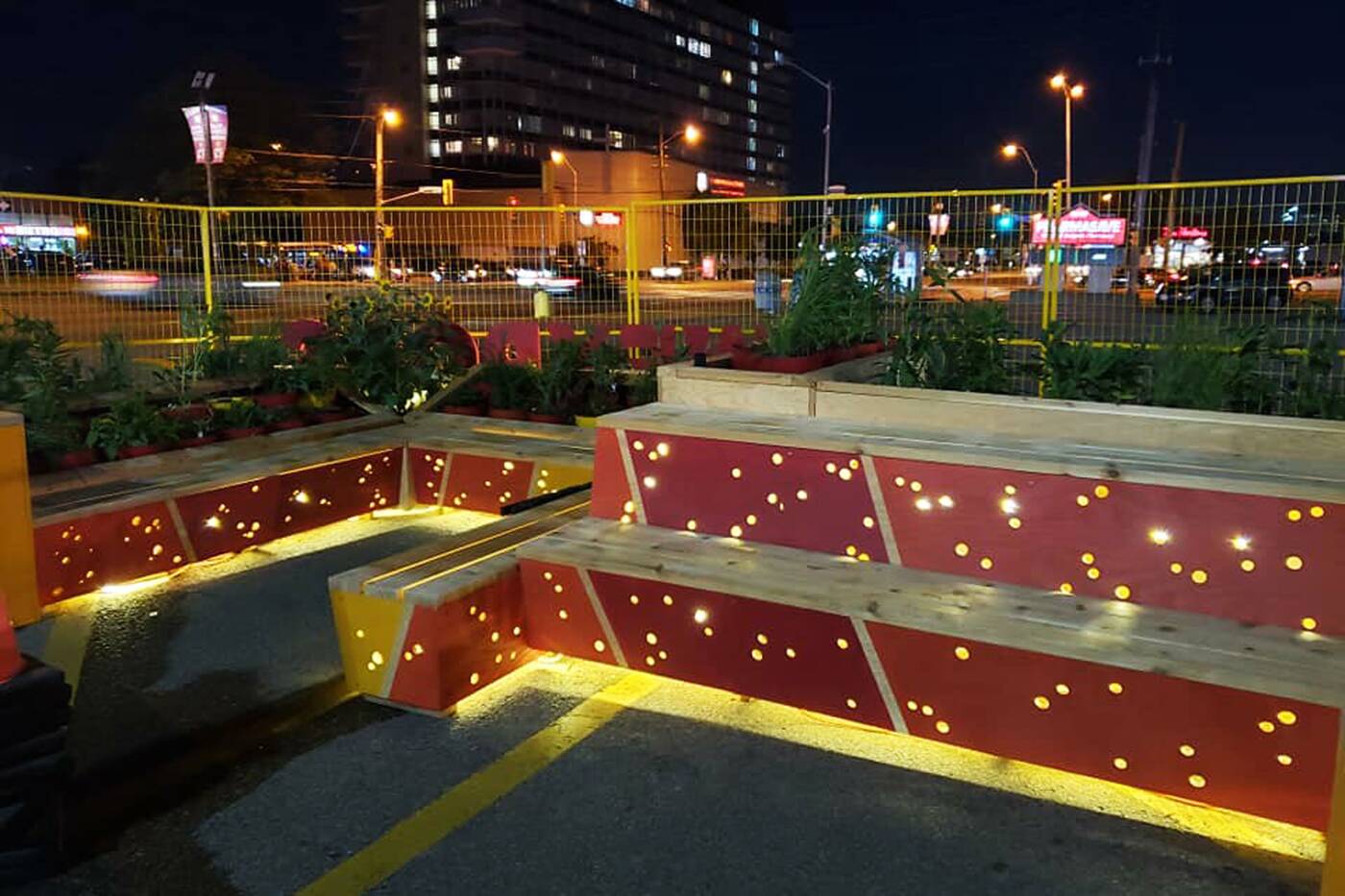 Led by University of Guelph professors Brendan Stewart and Karen Landman, the $75,000 is the first in what PlazaPOPS hopes will be more pop-up oases in BIAs across the city.

Funded by the Park People's Public Space Incubator Grant and the City's Kickstart grant, WexPOPS even has a restaurant directory at the pop-up, with a map that lists all the places to eat in the area.

If you're heading to Taste of Lawrence this weekend, you'll be able to see a stage for performances organized by Scarborough Arts, and a mural depicting food culture in the Wexford area by Toronto artist Echo Railton.

"The whole point of this is to support the local businesses while accomplishing city goals," says Rotsztain. "Small businesses are so important to our identity and to lots of communities in the city."

WexPOPS will sit at this corner of Warden and Lawrence until August 18.