One of Toronto's oldest trees has fallen

A red oak heritage tree that a local resident says is over 250 years old fell in Etobicoke on Thursday morning.

The tree fell around 2 a.m. The sound was so loud that residents in the area woke up and came outside to see what happened.

“It sounded like a bomb,” David Le Prevost said, the realtor for 4 Old Oak Drive, at Dundas Street West and Wimbleton Road, which was the property the tree was located.

“If it landed on a house, it would have killed someone,” Le Prevost said.

The tree fell because it was rotting from within.

“I regret to hear a majestic tree such as this one has come down,” Stephen Holyday, the central Etobicoke city councillor, said. “It’s a loss to the community.”

The area is known for its massive old trees. “The trees help define us,” Holyday added. There are only a handful of heritage trees remaining in Etobicoke. 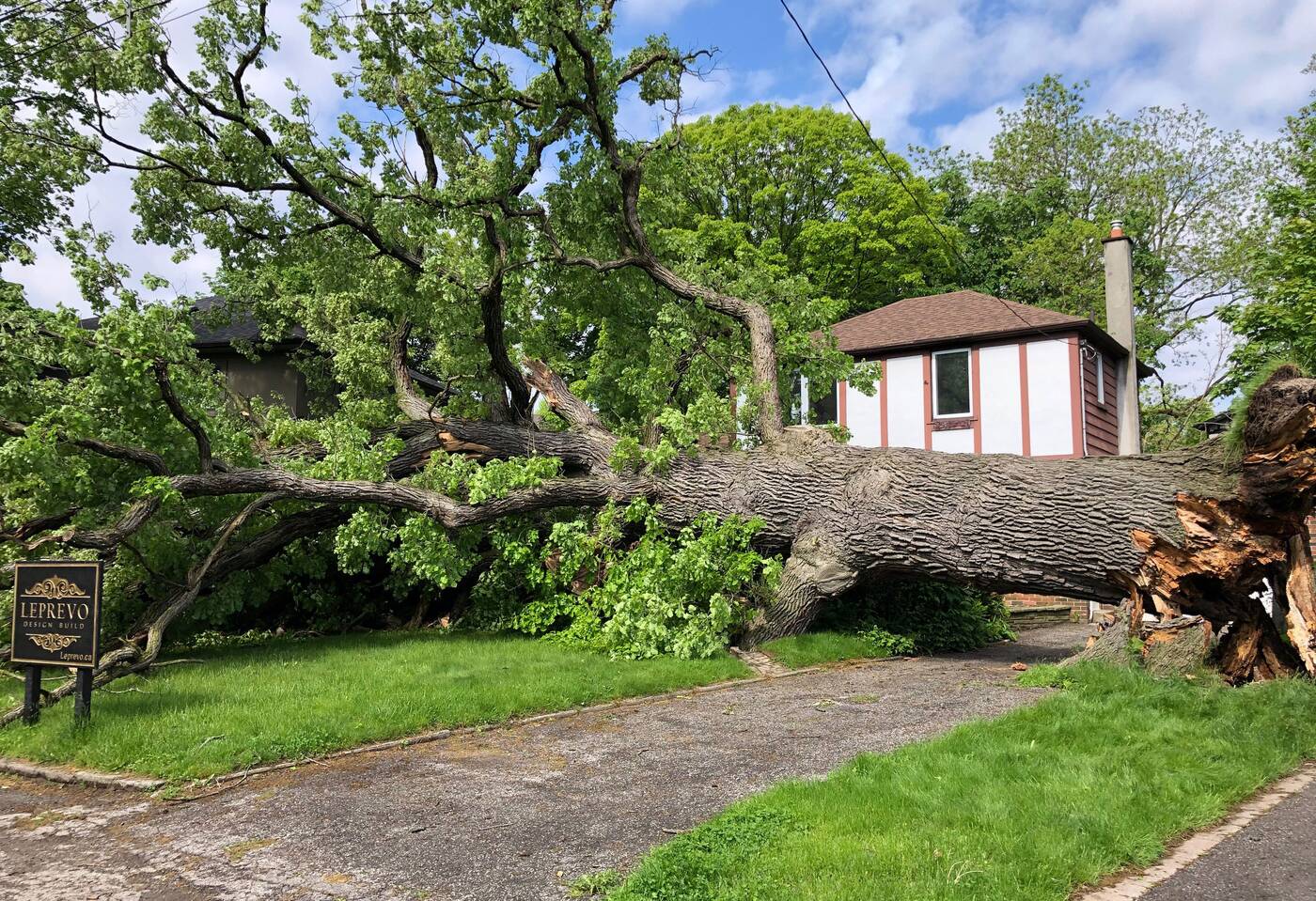 One of Toronto's oldest trees fell in Toronto this week. Photo by David Leprevost.

Old Oak Drive is named after red oak trees, which started growing in 1770, almost 100 years before the confederation of Canada.

The property of Old Oak Drive is vacant at the moment and the landowners are planning to knock down the property.