In the corner of PenguinPickUp near Church and Bloor streets, there is a new, high-tech ATM.

MedAvail Technologies is calling their SpotRx kiosks the “pharmacy of the 21st century.”

Patients can fill their prescriptions and process payments on their own. The SpotRx mobile app allows the customer to take a photo of their prescription and pick it up within 60 seconds, according to MedAvail CEO Ed Kilroy.

But, if this endeavor is anything like self-checkout grocery stores, help will be required. There will be a pharmacist available on-demand through a video call service.

“This is my fear,” Rexall pharmacist Youssra Roushdy says.

“I’ve been telling people that this would happen. Machines can do this better than us unfortunately.”

The efficiency and precision of a machine is difficult to rival, but Roushdy did have concerns about the accuracy of the mobile app. Since the user is taking a photo of their own prescription, “that means you can fill it in multiple locations,” she said.

A MedAvail official said that users cannot fill a prescription at multiple locations and that the machine will detect it. 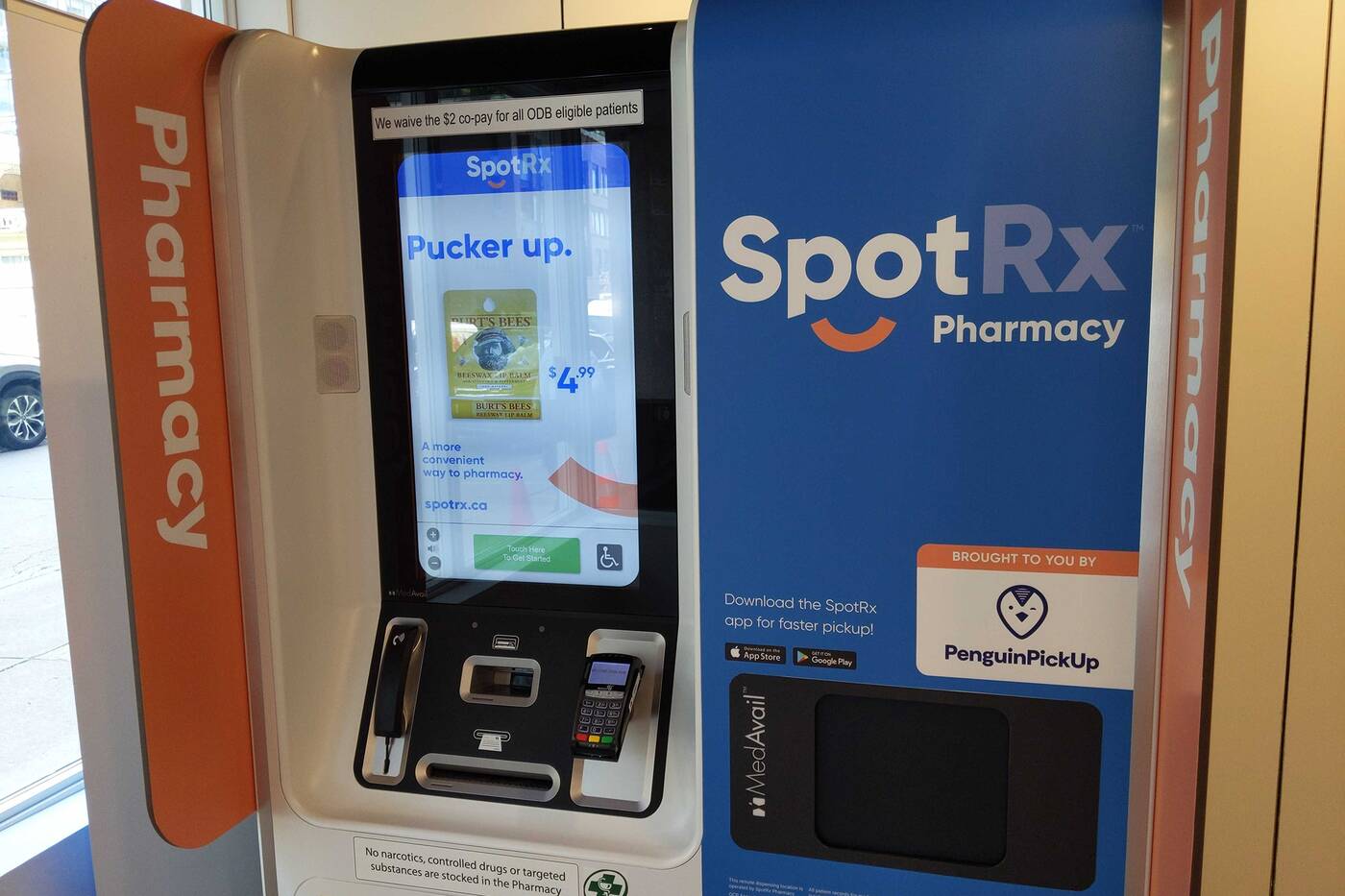 The device is stocked with 600 prescriptions and over-the-counter medications. It is difficult to evaluate the number of medications a traditional pharmacy has, because they are constantly ordering in new meds they don’t typically stock in store.

The Church Street location is the eighth SpotRx kiosk in the GTA. The other Toronto locations are at York and Adelaide streets and Queen Street East. Other locations are in Newmarket, Mississauga, Kitchener, Cambridge and Brampton.