June Callwood Park is an unexpected pop of pink in the heart of a concrete area.

You can spot this splash of colour from The Bentway across the street: with its bright pink benches and blooming crabapple trees, it's not hard to spot this 0.4-hectare park. 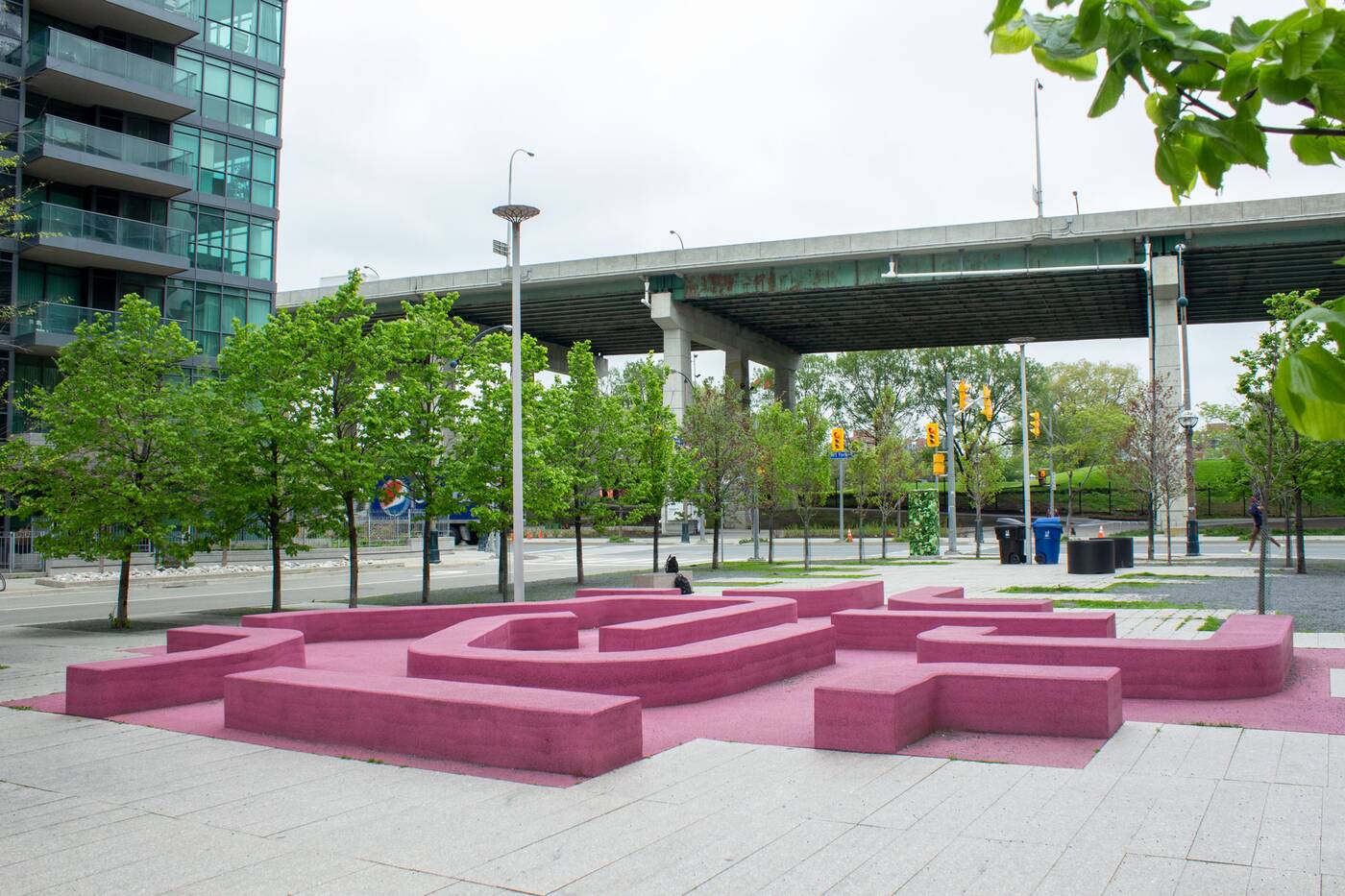 The June Callwood Park is located in Fort York near the Gardiner Expressway park, The Bentway.

Built and named in honour of the late journalist and social activist whose work included the co-founding of Casey House and Nellie's Shelter, the park was unveiled to Fort York residents in 2014.

The park is designed after a voiceprint of June Callwood's quote, "I believe in kindness."

Callwood, who was dubbed "Canada's Conscience," was once asked in an interview whether or not she believed in God, to which she replied, "I believe in kindness." 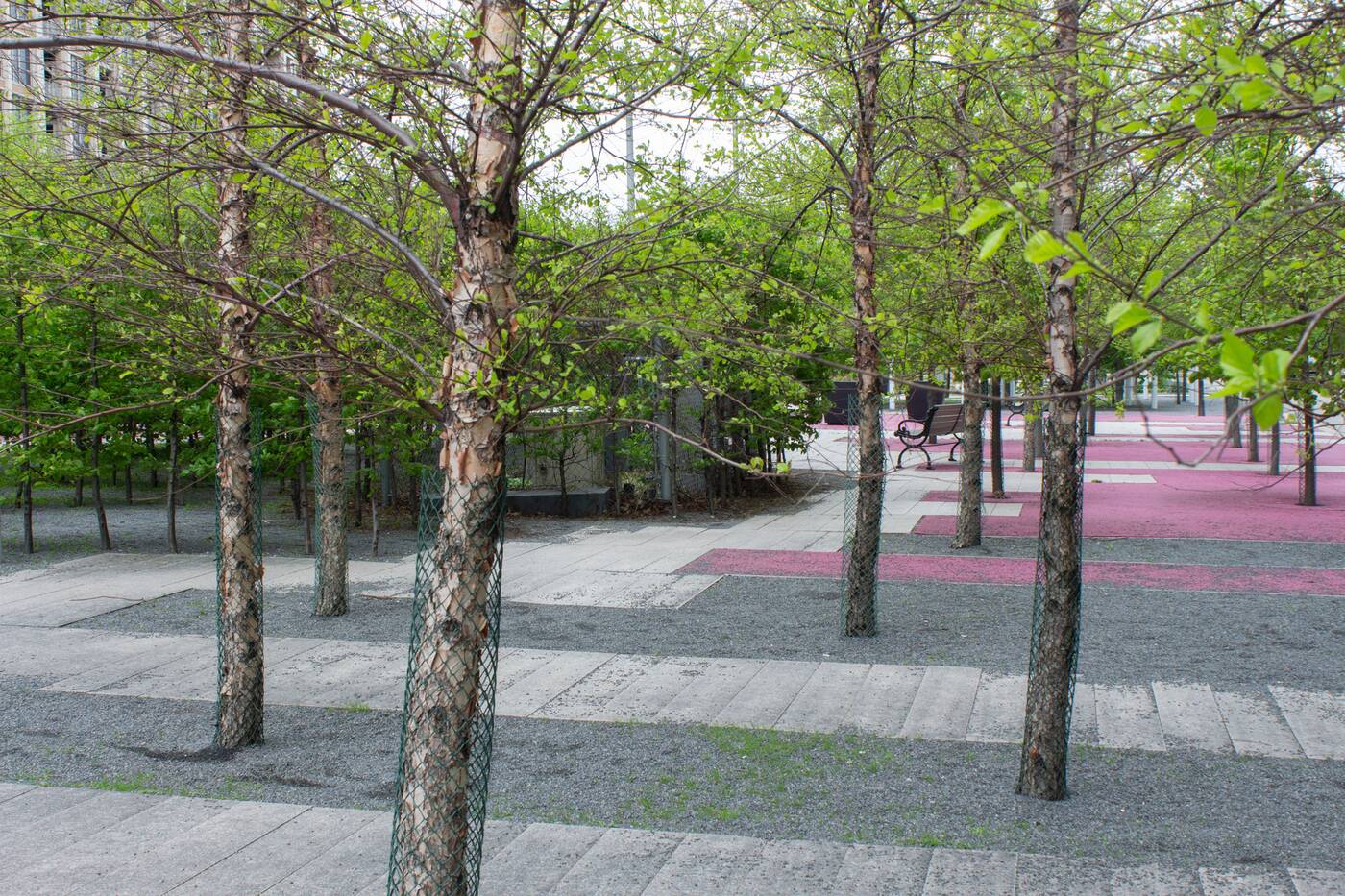 The park was designed by the award-winning Toronto firm gh3.

Using voiceprinting technology, Toronto design firm gh3 used that defining snippet (said during one of her last interviews) and turned it into a map that forms the basis of the park's design today. 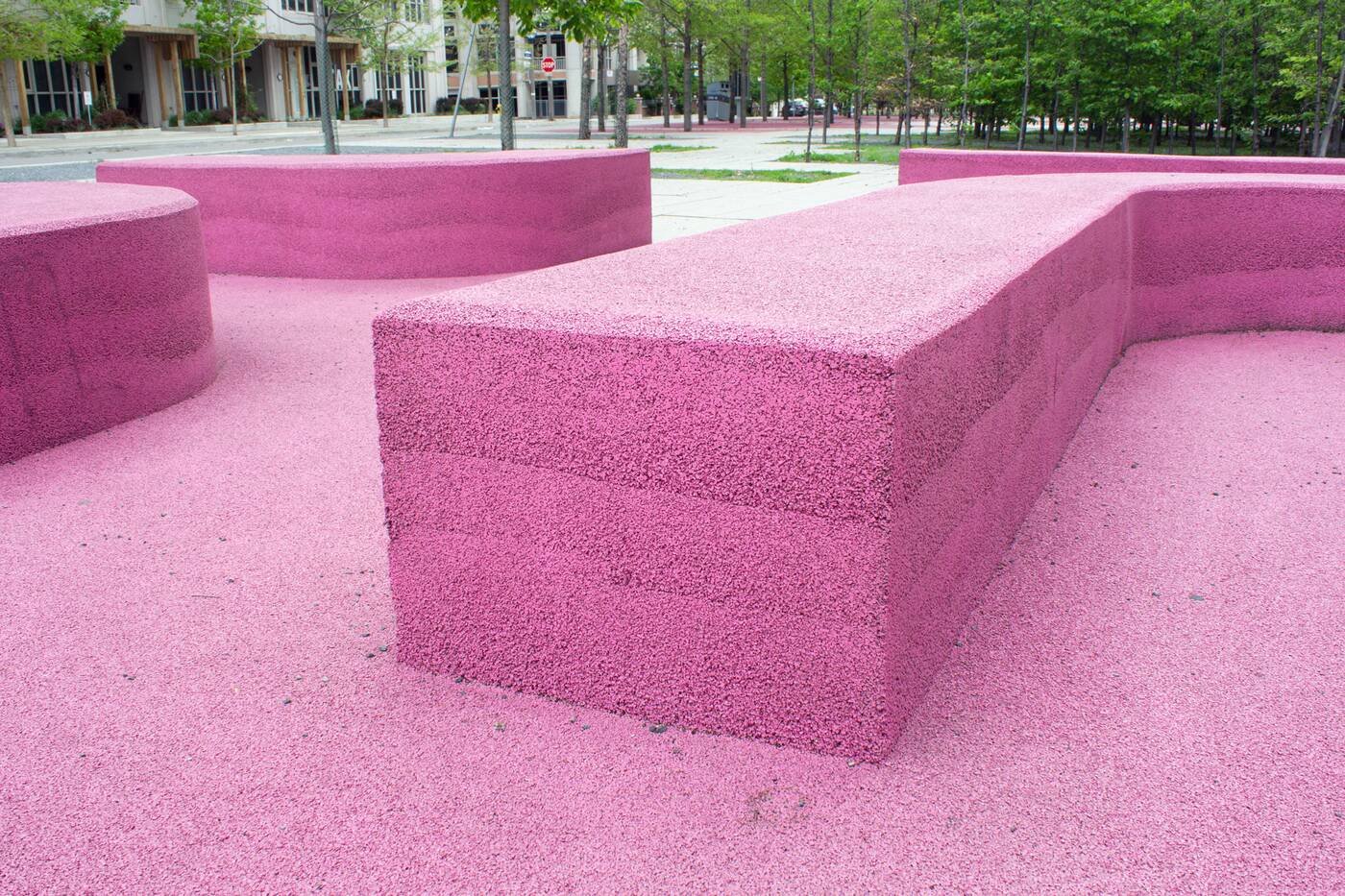 The park is made up of pink rubberized surfaces, like the Puzzle Garden benches.

You won't get the whole effect of June Callwood Park from a worm's eye view; only by observing this pink public space from above will you see its 'voice print' design: a geometric pattern that runs from north to south, like the waves of an audio file. 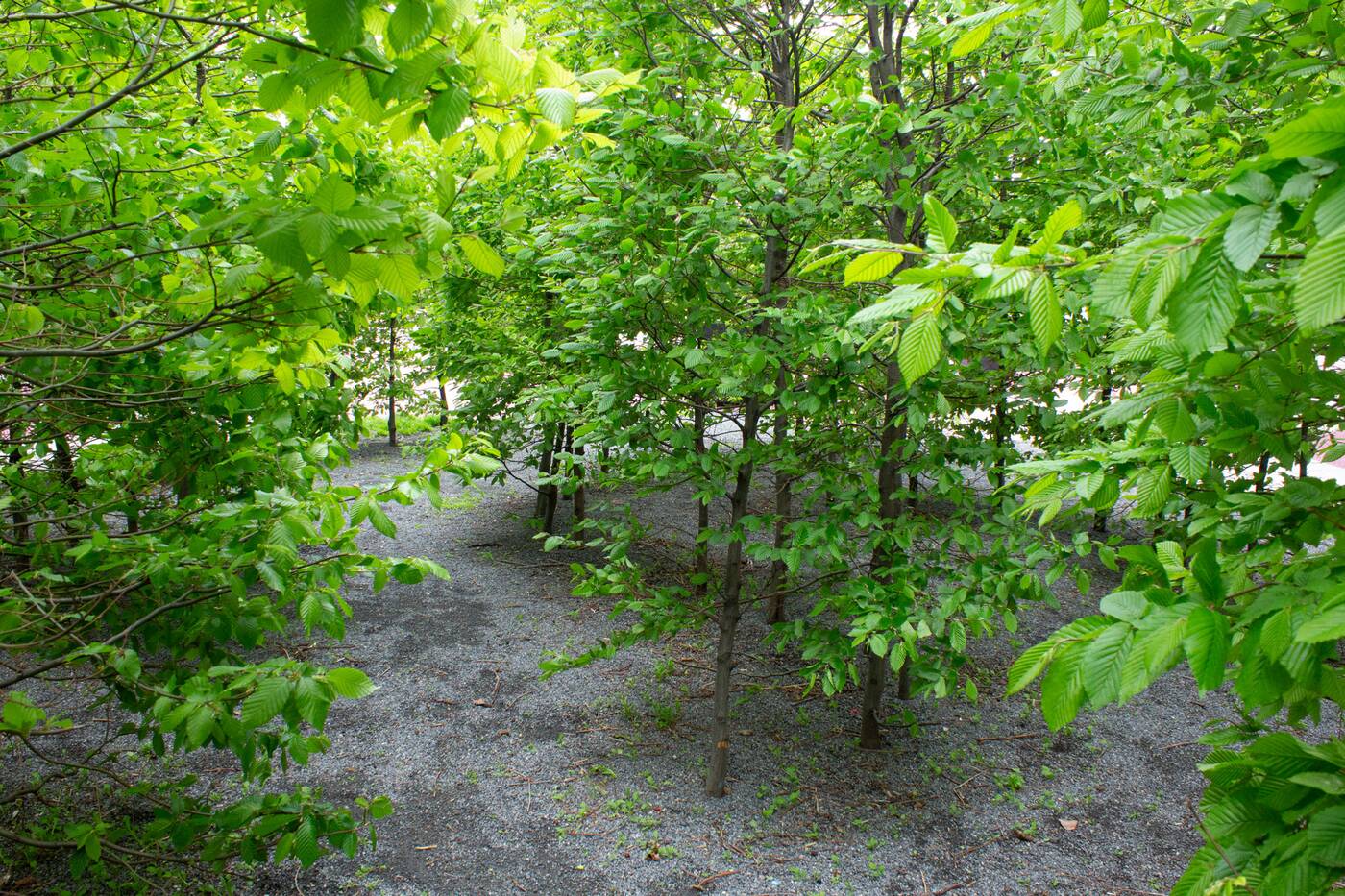 A maze of trees takes visitors from north to south.

The idea was so brilliant that it won through two stages of the international design competition, and was awarded $2.6 million to bring to fruition. 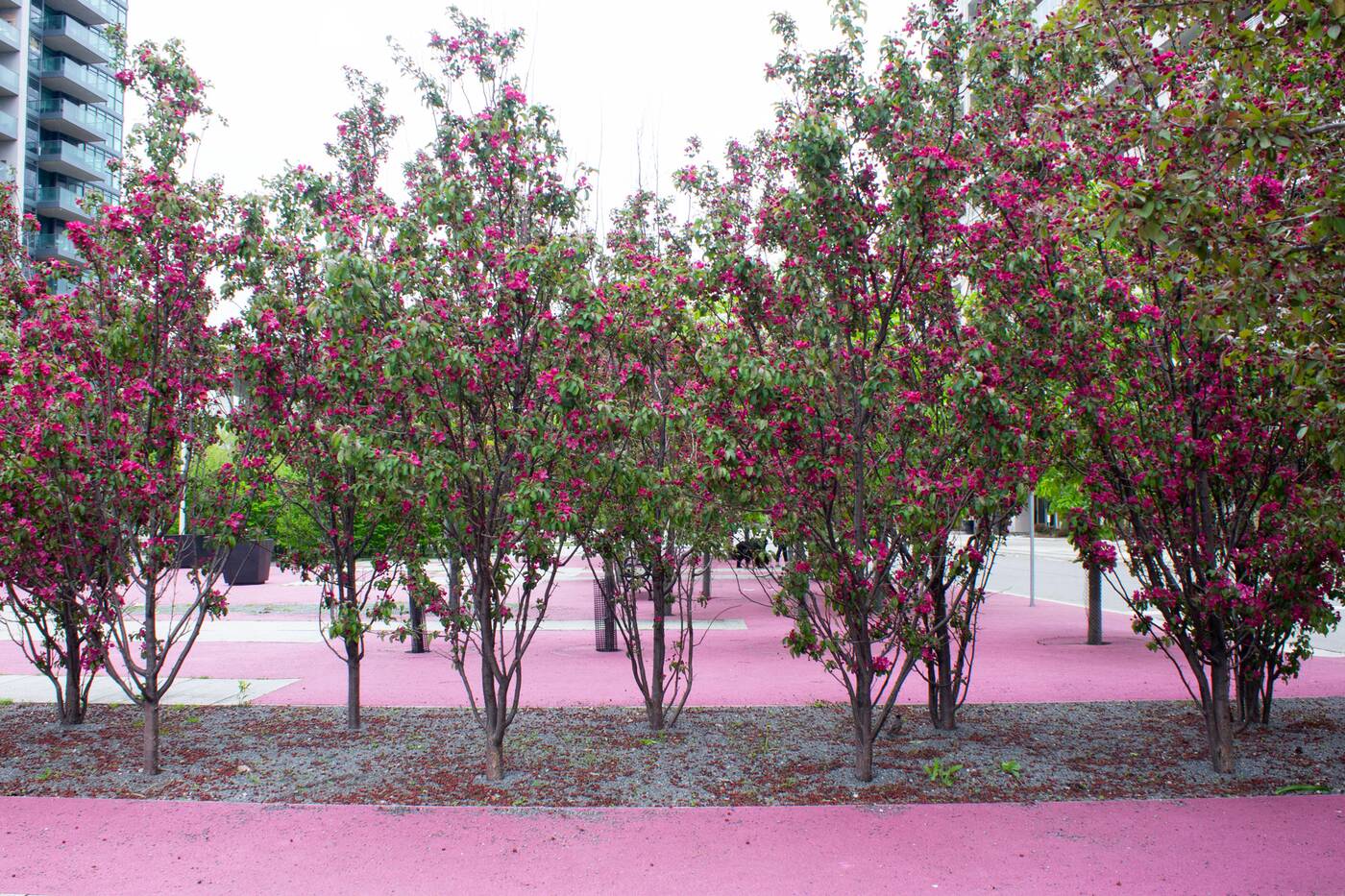 It took $2.6 million to bring the park to Toronto.

The award-winning design is expressed in six parts. The Puddle Plaza, made up of dips in the ground, aren't very noticeable unless its raining. The eye is drawn first to the Puzzle Garden, a series of rubberized benches. 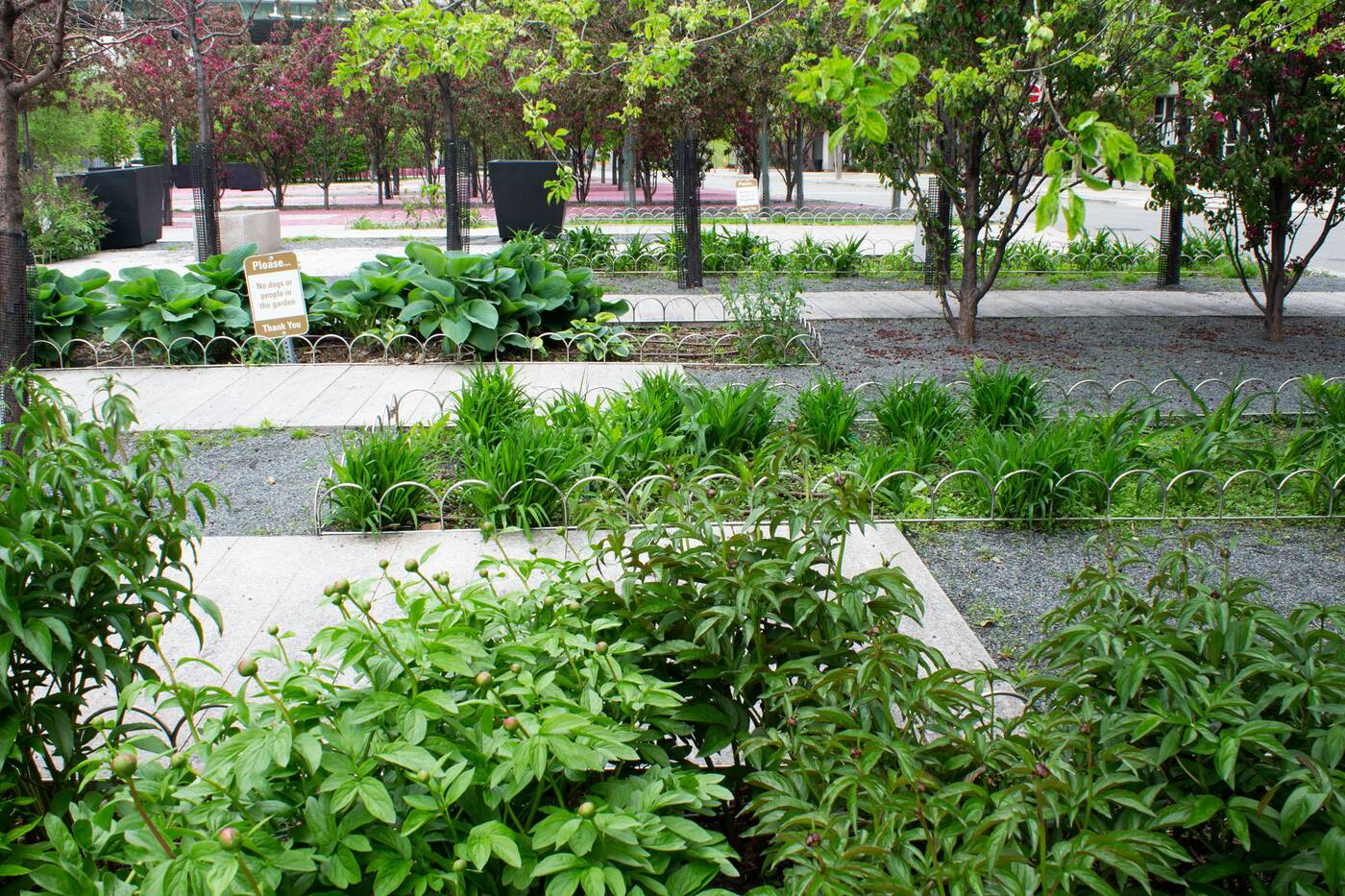 The Maze of budding trees will lead you through to the Pink Field, a pink, kid-friendly area before leading out into granite surfaces. 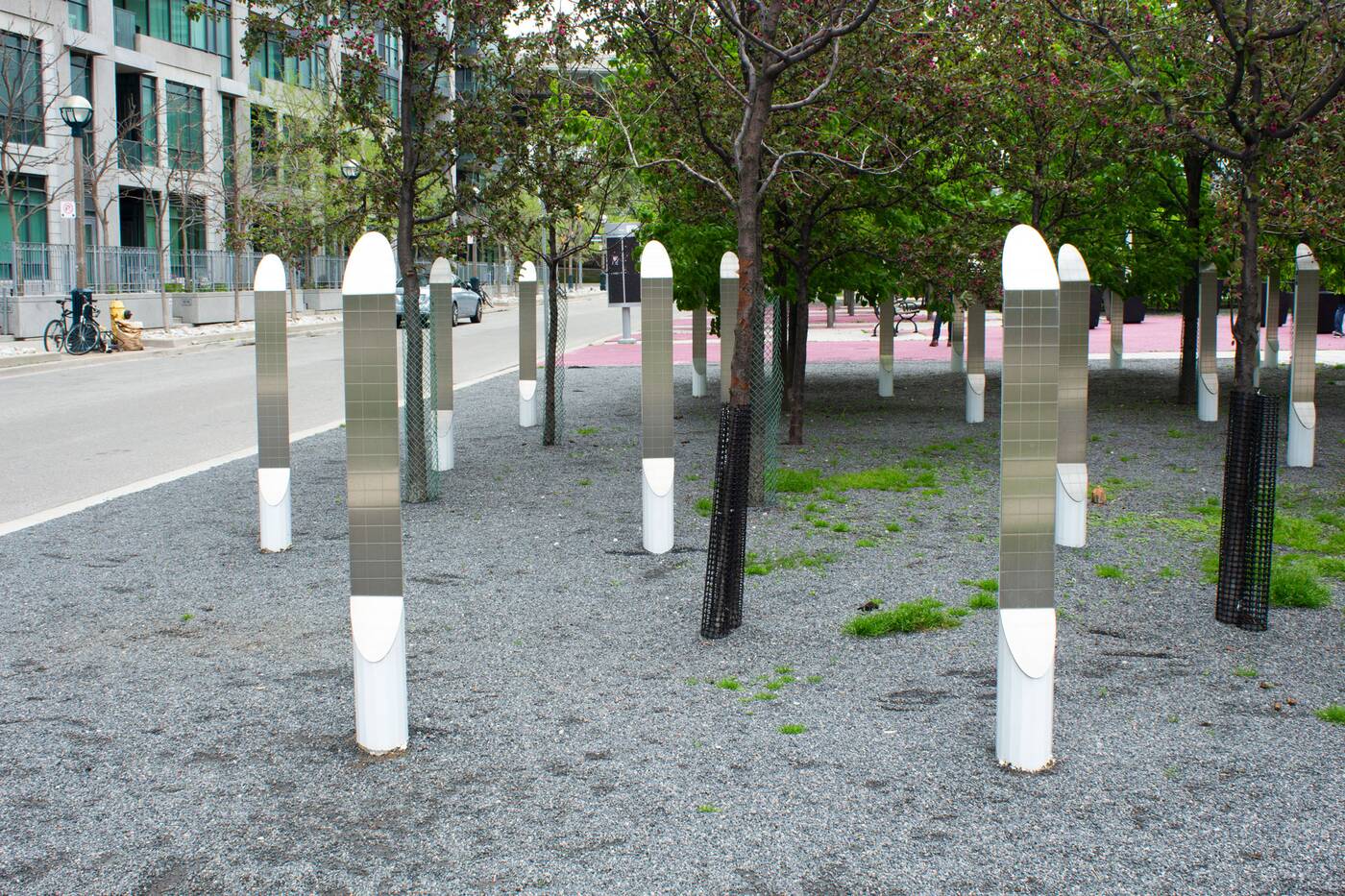 The Time Strip Gardens offer rows of plants and trees, along with Toronto's first permanent sound installation called OKTA: a field of 24 "sound-controlled cloud columns," inspired by Callwood's experience on a glider.

Further beyond that, the Ephemeral Pools area opens up into a wide space where kids can splash around in the summer, or on rainy days that need some extra colour. 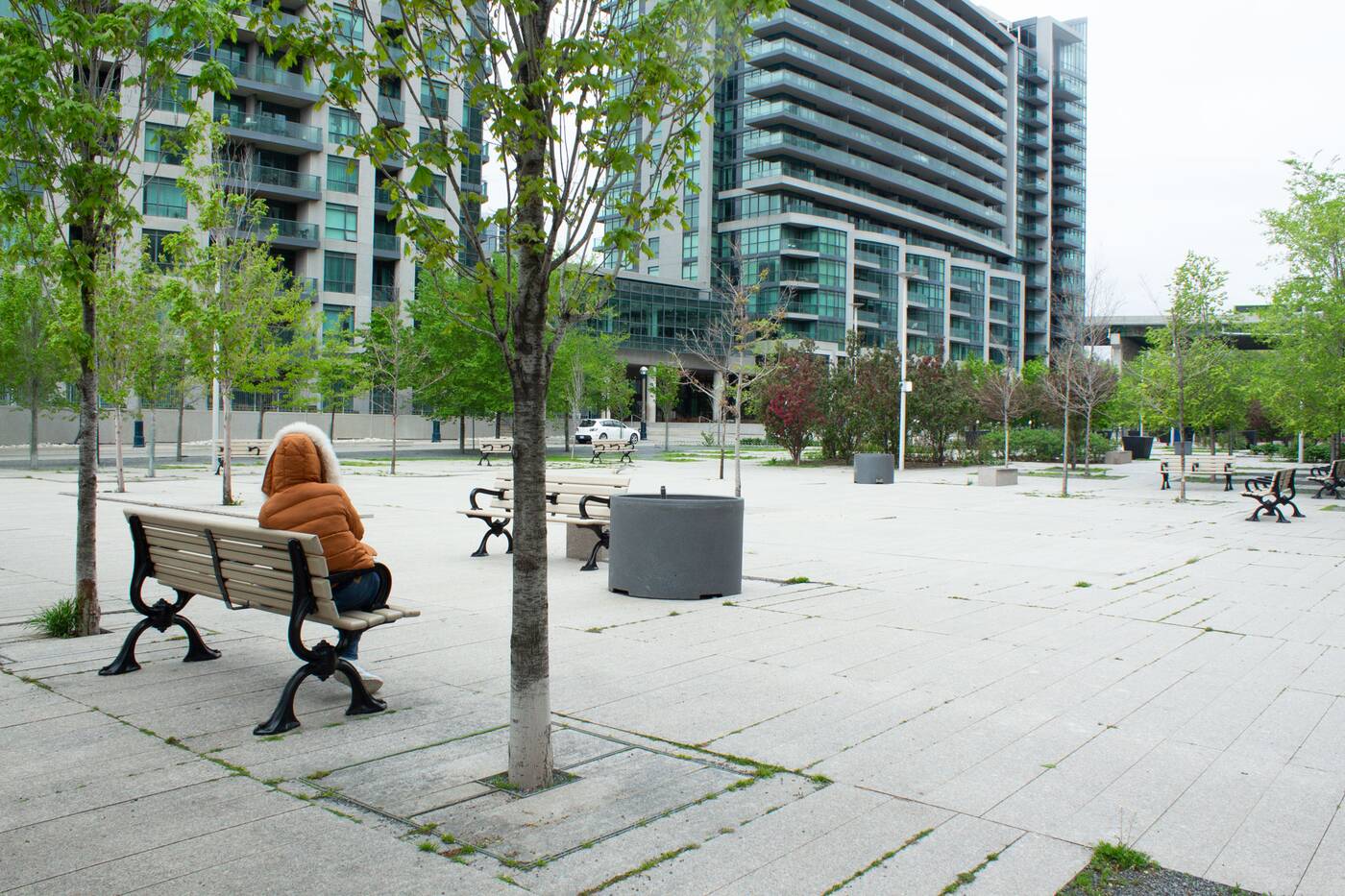