Trinity Bellwoods park has been fenced in half

There's nothing better than lounging in the sun at Trinity Bellwoods Park to celebrate the return of warm weather to Toronto. Crowds of people flock to the park to spread out on the grass and work on their tans or brush up on their hacky sack skills.

Unfortunately, it looks like Toronto's favourite park is going to get a lot cozier this season. 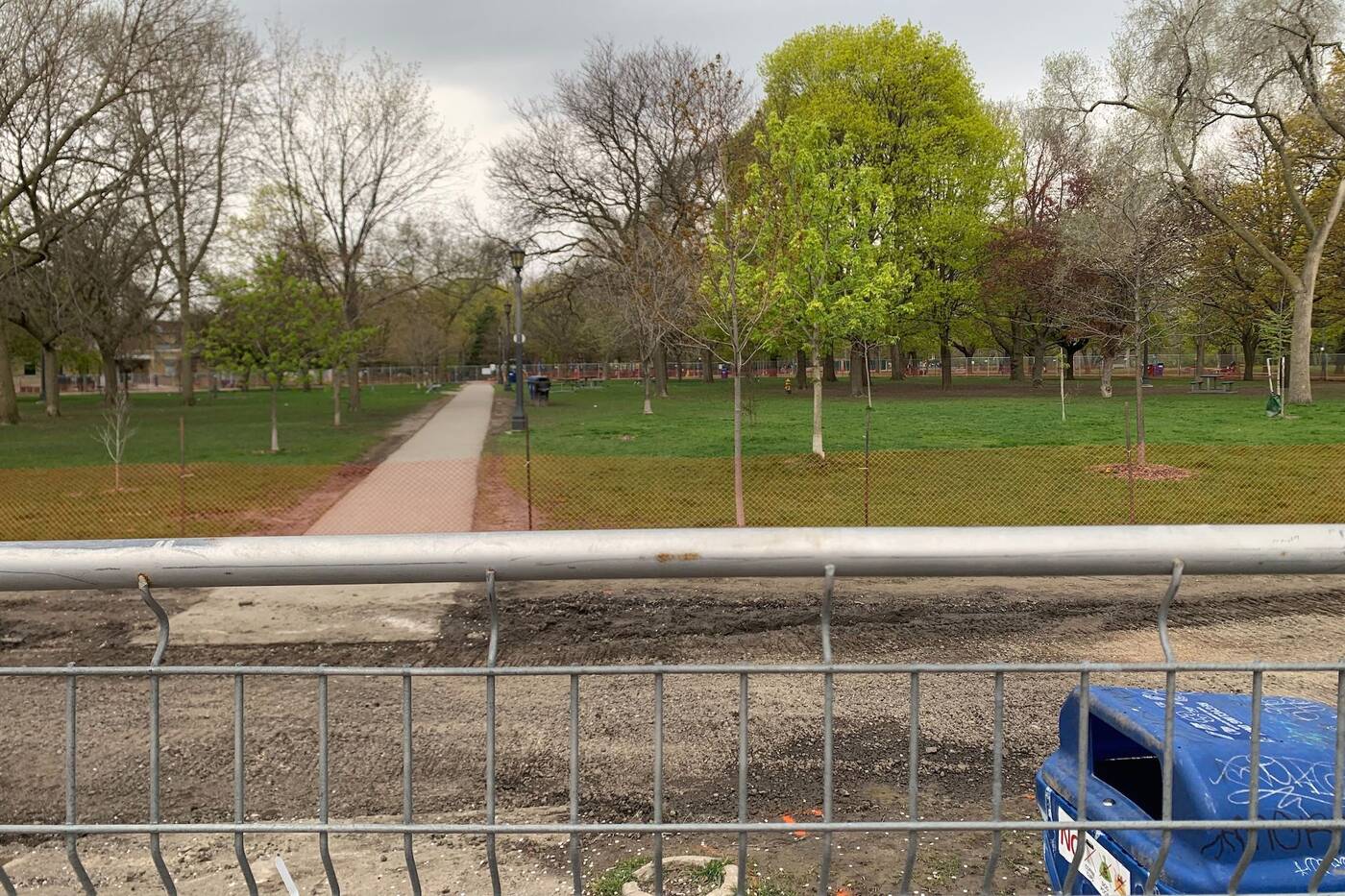 Trinity Bellwoods has been cut in half with large fences due to an ongoing construction project. 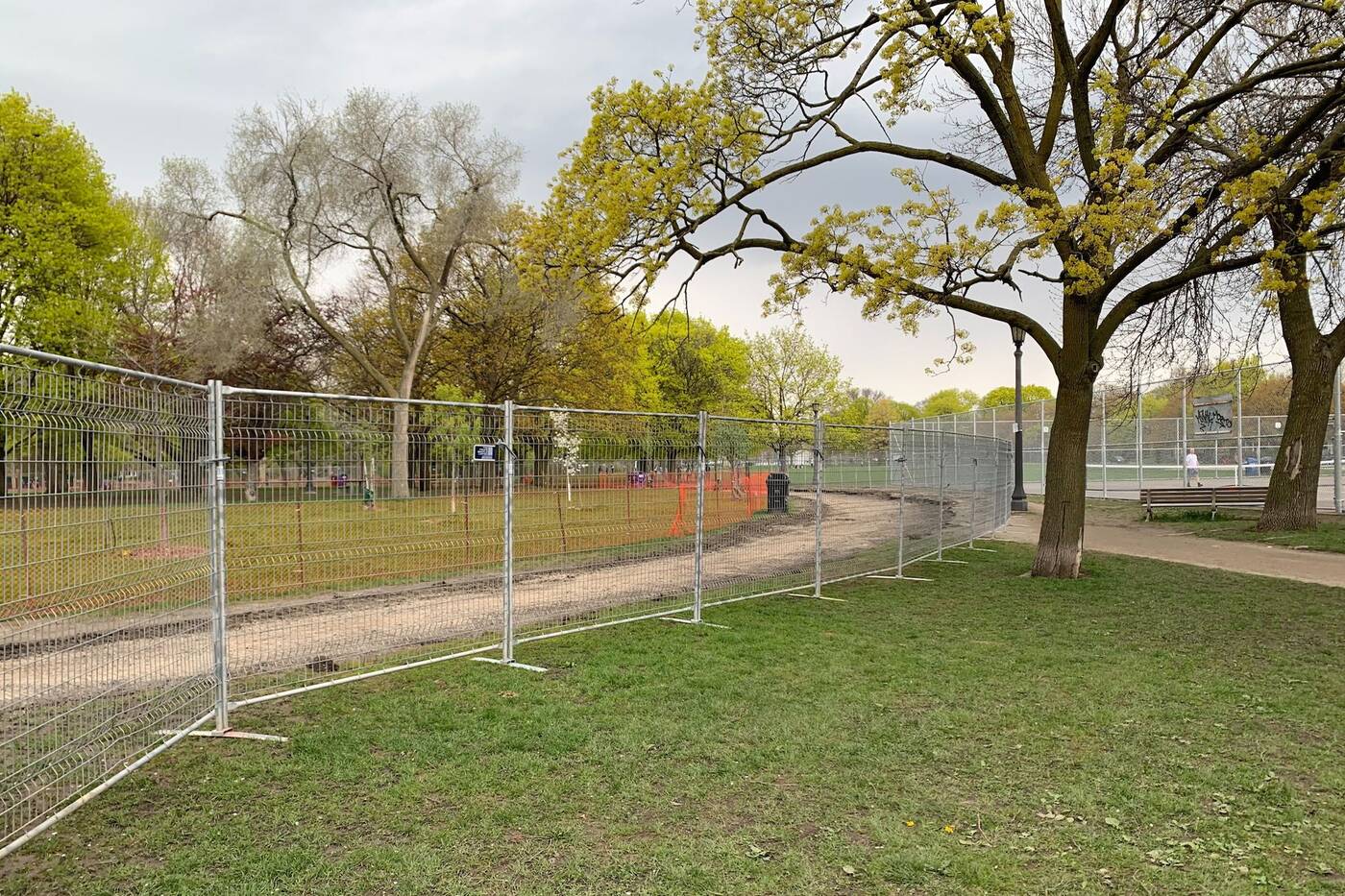 According to a city sign posted in the park, "Parks, Forestry & Recreation will be carrying out park improvements including the replacement of Trinity Circle and the fire access route from Crawford Street."

The sign continues by saying that there will be no access in the Trinity Circle area while the construction is being completed. 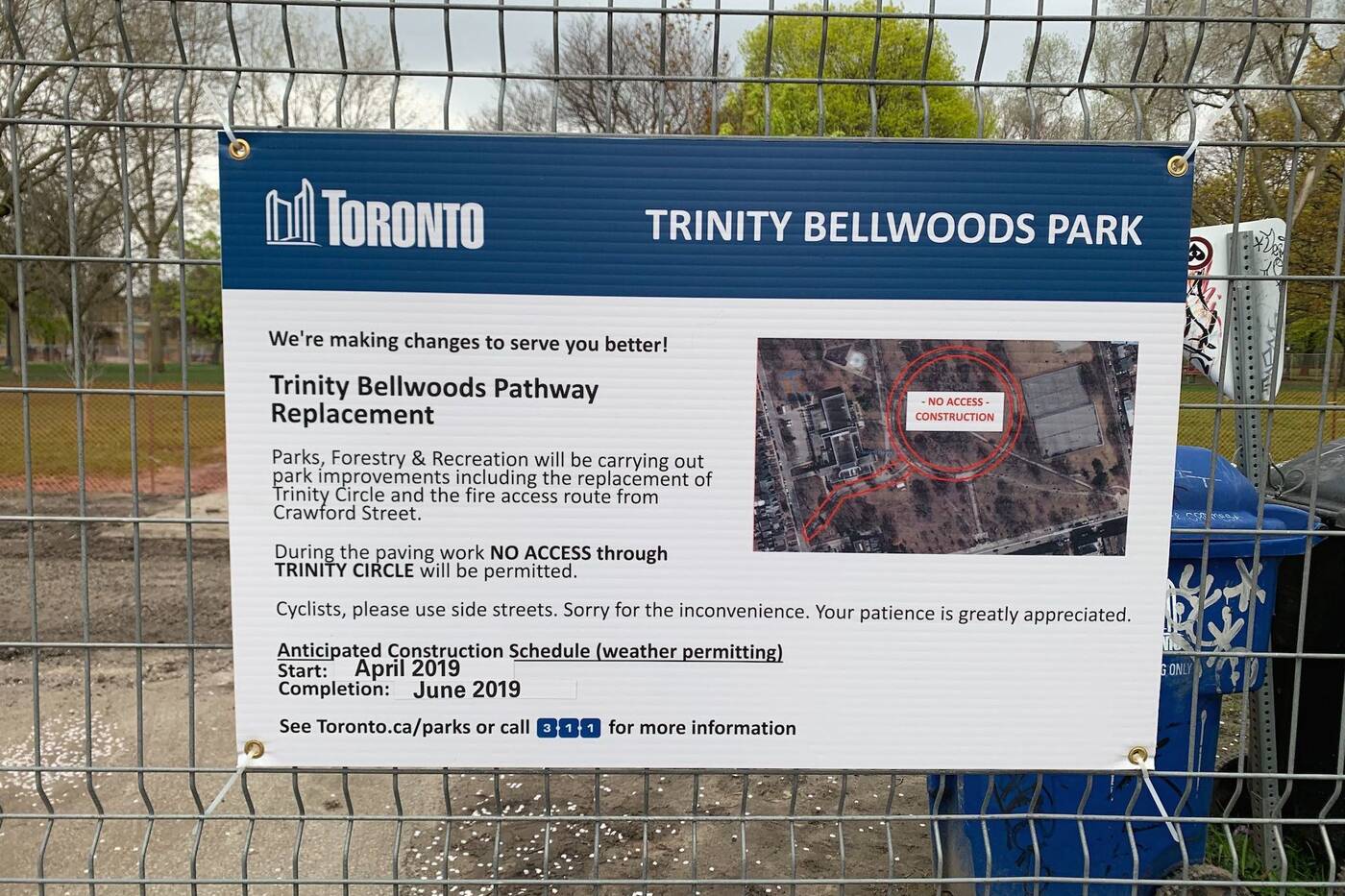 This pathway replacement project, which began in April, is set to be completed in June, if the weather cooperates.

This is ominous. Trinity-Bellwoods has been cut in half until June, which in Toronto-speak means we'll be lucky if the fencing comes down by 2021 pic.twitter.com/WimlVX4OJ6

But some people are sceptical of the city's timeline and think that having the full park ready for June is just wishful thinking.

In Ford Nation terms we'll be lucky if the province doesn't seize the whole park and sell it to a developer.

It looks like we'll have to just keep our fingers crossed that Trinity Bellwoods will be back up and running for the hordes of people that will be packing the park in the up-coming summer months.