Toronto is in for a wetter than usual summer this year

It's been a cold, gray, annoyingly wet spring in Toronto this season so far, but we're now less than a month away from the official start of summer.

Will we finally get relief from the near-constant slew of rainclouds that have been haunting Southern Ontario for the past two months? Canada's top meteorologists say no — but the news isn't (necessarily) all bad.

In its 2019 summer forecast, released this week, The Weather Network states that the region will almost definitely see cooler temperatures throughout the summer than it did last year, as well as more precipitation.

That said, everything could change thanks to some active, competing storm systems surrounding Ontario and Quebec.

A humid and changeable summer is expected across most of the province, with the heat taking its time to arrive.

"A humid and changeable summer is expected across most of this region with less extreme heat compared to last year," writes meteorologist Dr. Doug Gillham in The Weather Network's new three-month forecast.

"This region will continue to struggle to see consistent warmth during June and the potential for typical mid-summer heat looks to be higher during mid and late summer."

Being that Southern Ontario is expected to be "sandwiched between two opposing summer patterns" — hot to the south, cold to the north and west —  we could also see wildly fluctuating temperatures, as well as plenty of stormy weather "with above normal rainfall expected" as both systems compete for dominance. 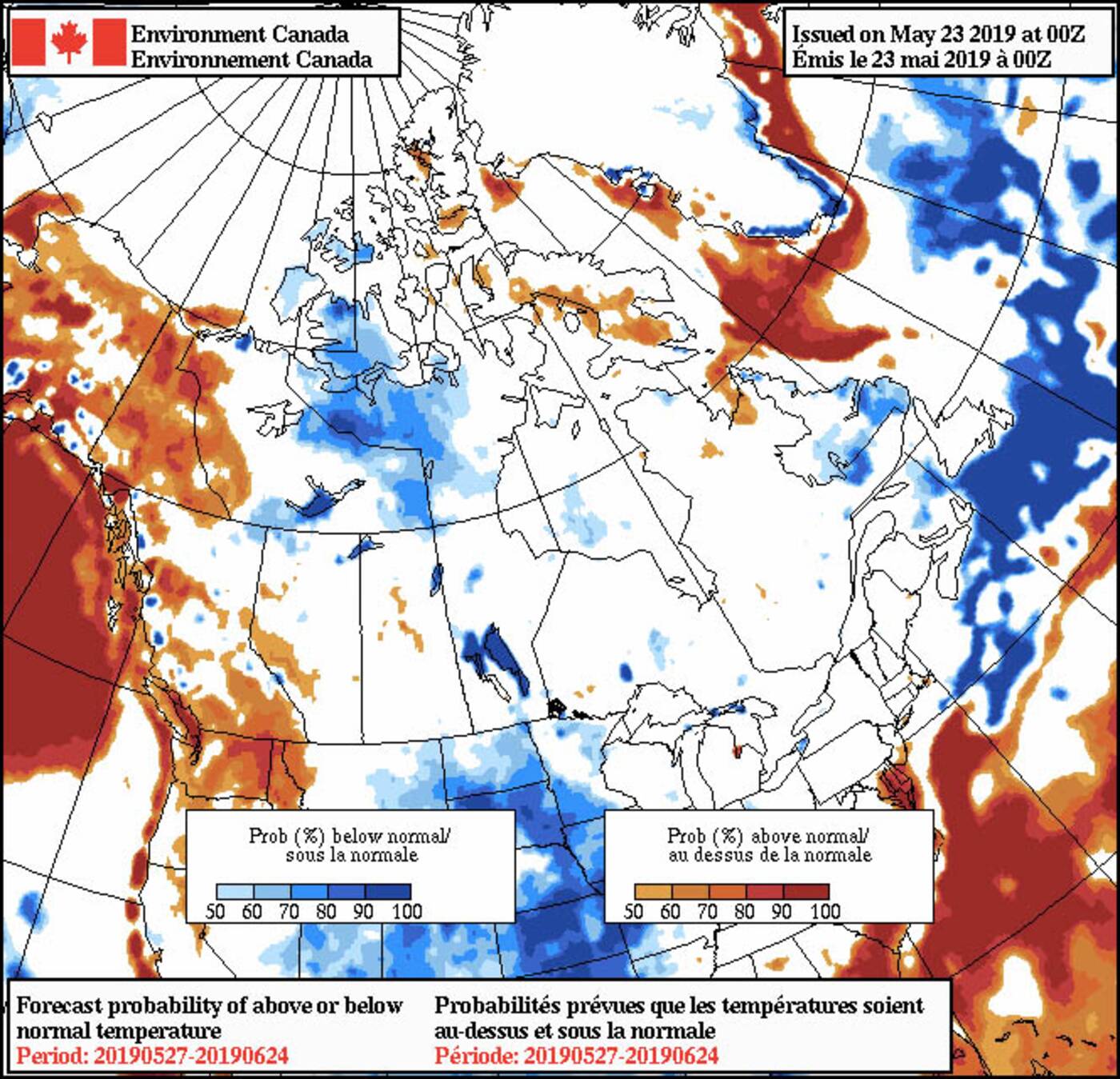 Environment Canada's most-recent monthly temperature forecast, released May 23, doesn't indicate that Toronto will be much hotter or colder than usual in the near future. Rain is another story. Image via Environment Canada.

Phillips is calling for a volatile summer with rollercoaster temperatures across the country, with rain continuing sporadically in Ontario and Quebec throughout the summer months.

As for an average temperature range in Toronto, it really is hard to say — anything could happen and everything could change. Recent storms and tornadoes in the U.S. will also likely impact our summer weather, according to Phillips

"Overall, we think it will be certainly a cooler summer than what we had last year, particularly in the east," said the meteorologist to CTV on Tuesday.

"All the weather systems seem to be coming through Ontario and western Quebec... that dividing zone between the cold and the warm air that usually produces a lot of cloud cover and a lot of disappointing weather," he continued. "Not the beer drinking weather that we had last year."