Cash, cocaine, cannabis, chemicals: You name it, the Toronto Police service likely has a whole bunch of it in the evidence locker right now.

TPS Insp. Don Belanger announced today during a press conference at police headquarters that eight people were just arrested across Ontario as part of a massive operation named "Project Dos." 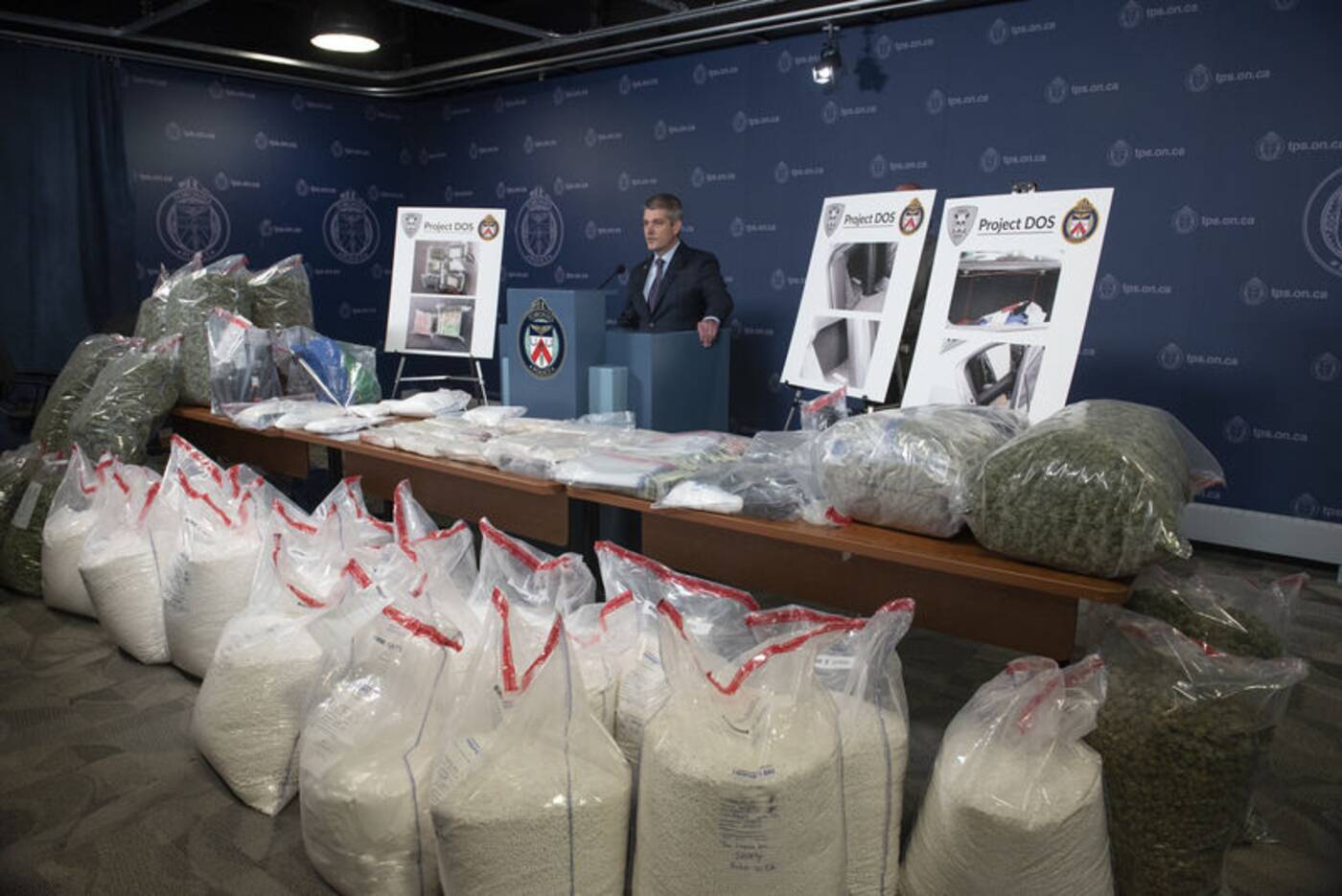 Police seized at least $17 million worth of illegal drugs across multiple locations as part of the large-scale drug investigation.

A total of 29 search warrants were executed at residences, storage lockers and cars in Toronto, Vaughan, Kitchener, and Stoney Creek on April 15, 2019, according to police. 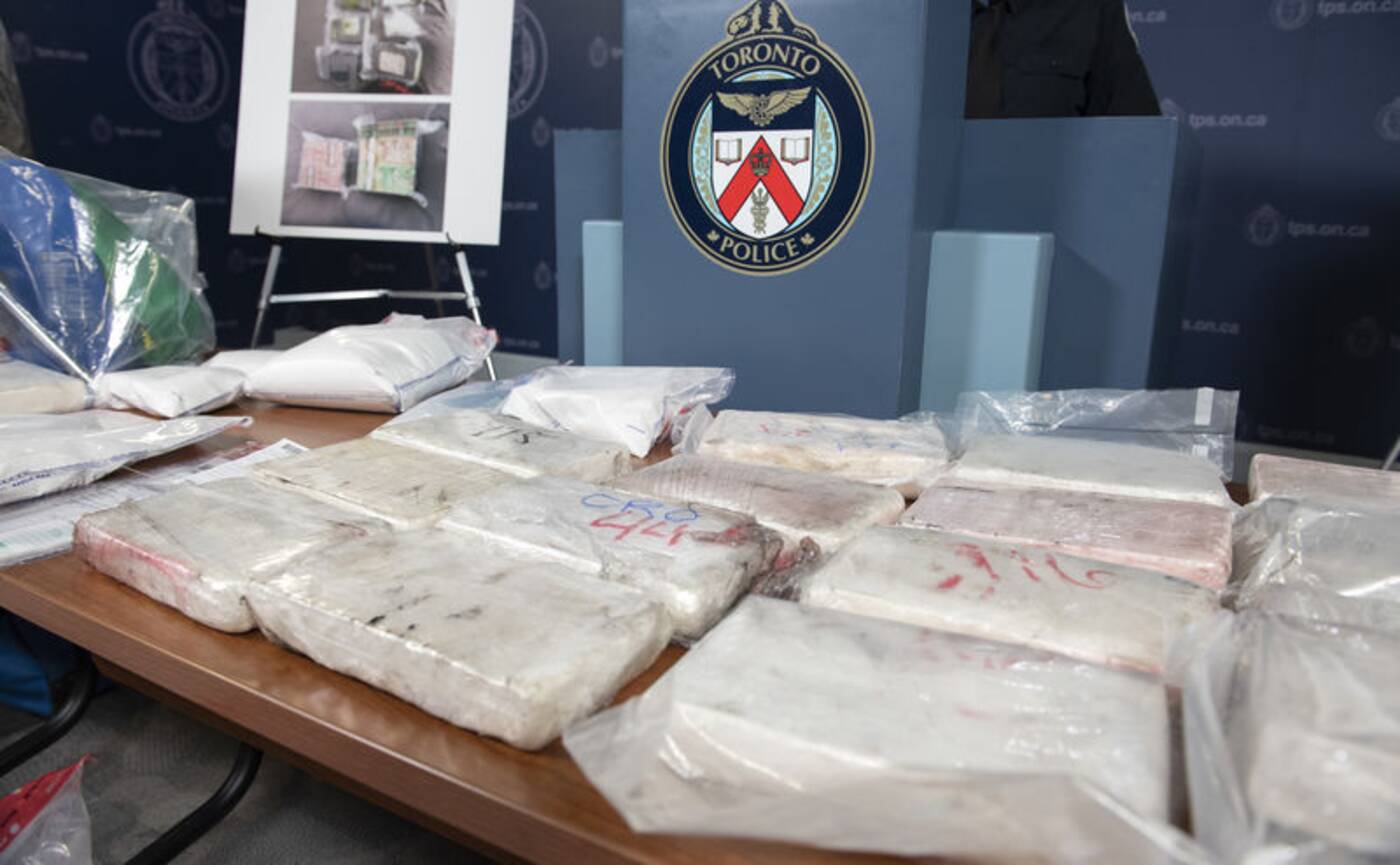 Officers were able to seize 700 kilograms of ephederine alone at one residence, making for what Belanger says is "likely the largest seizure in Canada by a police service."

The ephederine, which is used to make crystal meth, was worth around $2.1 million, according to police, while $308,000 cash that is "believed to be proceeds of illegal drug distribution" was seized separately. 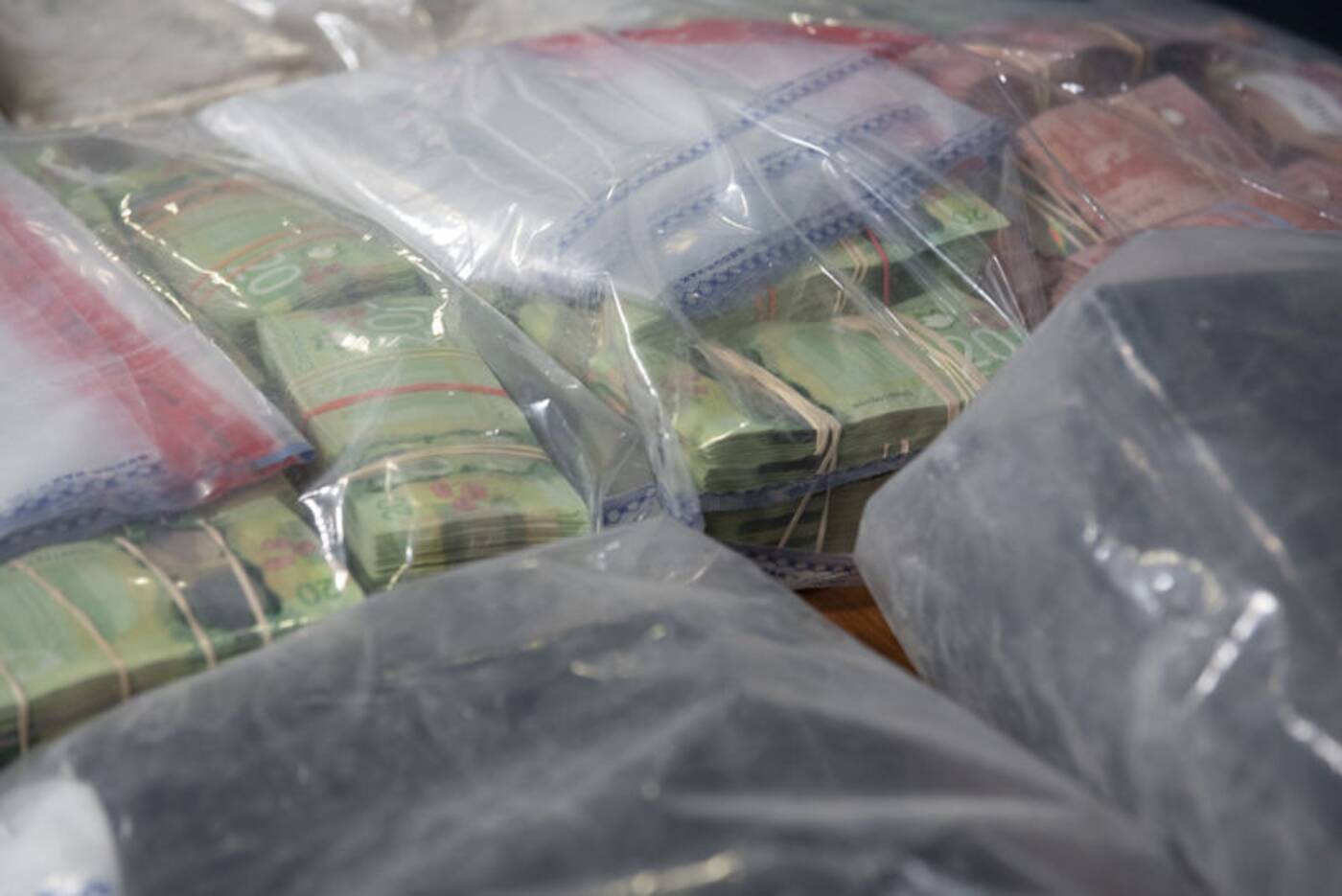 Police also found close to 29 kilograms of powder cocaine, 3,905 illegally-grown marijuana plants, 20 kilograms of phenacetin (which is used to cut cocaine with, apparently) and some smaller quantities of ketamine and crystal meth.