Is it time for the Toronto to rethink its stance on body rub parlours within city limits?

The issue will be up for discussion at City Hall next Tuesday during a meeting of the General Government and Licensing Committee.

A city staff report set to go before the committee on May 21 explores the idea of "modernizing" the requirements of Toronto's ancient Body Rub Parlour By-law, which caps the number of licenses issued at any time to just 25.

The idea is both to better protect workers and the public, while also cracking down on unlicensed body rub parlours that bill themselves as "holistic centres."

"The city regulates adult entertainment parlours, including BRPs, to ensure the health and safety of workers and the public and to mitigate for community nuisance," reads the report. "In 1998, the city began regulating holistic services to ensure public health and safety and consumer protection."

"Many holistic centres currently providing unauthorized services would be better captured under the BRP licence category," the report continues. "However, the BRP licences in the City of Toronto are capped at 25, preventing new businesses from obtaining a BRP licence." 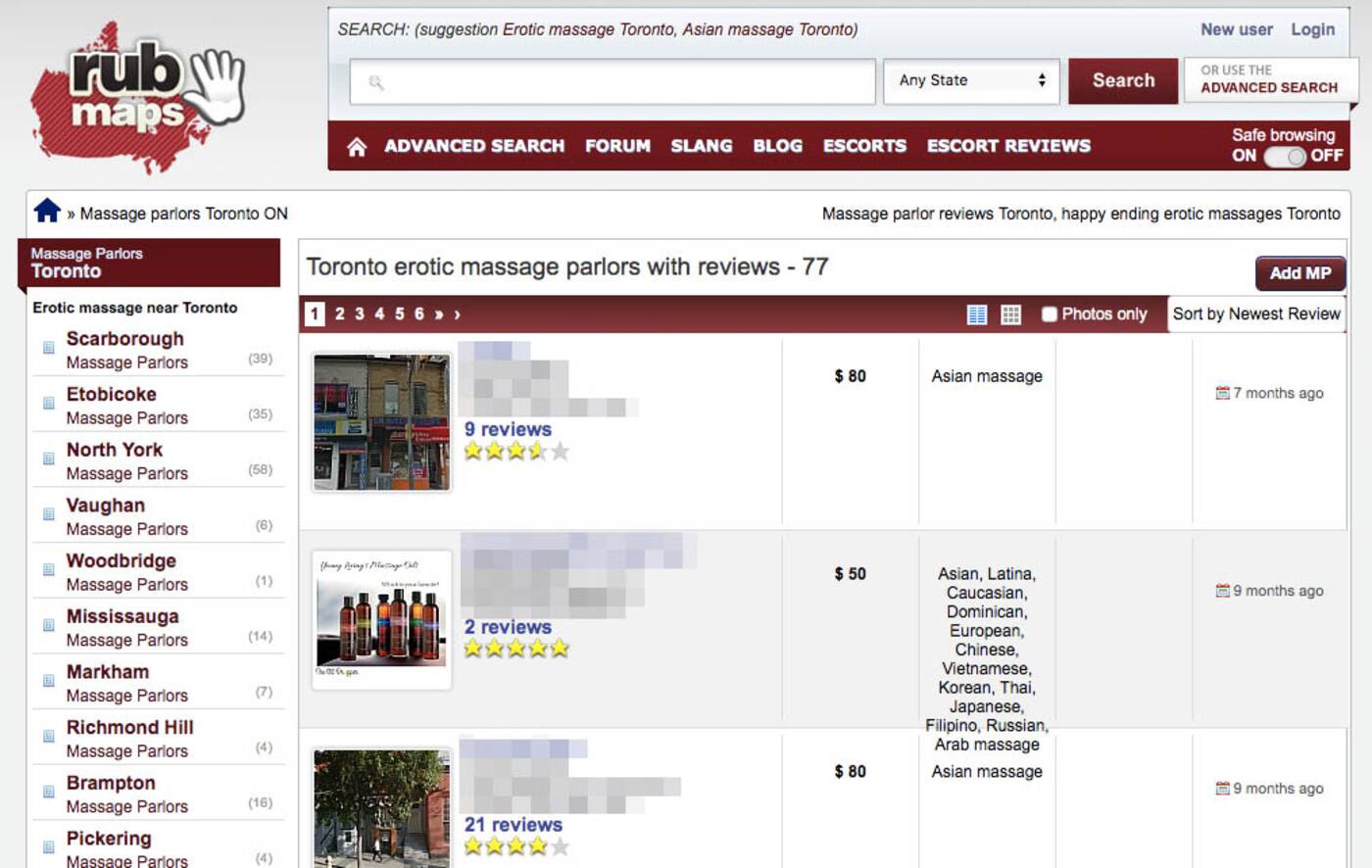 With only 25 formal licenses ever issued by the city, it stands to reason that many of the "spas," "massage parlours" and "relaxation centres" open in Toronto right now are providing body rub services illegally (and without having to pay the annual $13,155 body rub licensing fee. A holistic centre license costs only $280 per year).

The report, authored by the executive director of Municipal Licensing and Standards, points out that the 25-licence cap has not been formally reviewed since the rules were first introduced more than 40 years ago, in 1975.

City staff reccommend exploring the impact of removing the cap altogether so that every rub-and-tug in the city can be licensed (and thus regulated) properly.

The second part of the motion seeks to enhance health and safety requirements for providers of body rub services.

"These changes would include requiring that BRP managers are licensed and undergo criminal record checks, removing the requirement for workers to work for only one parlour owner; and requiring that workers be provided with information on how to access resources and supports," reads the report.

Staff are asking that city councillors approve the creation of a report looking into the potential changes.

Should the motion pass through the General Government and Licensing Committee next week, it'll be on to City Council to decide whether or not Toronto should even consider looking into licensing more parlours.