Longtime residents of a Kensington Market building are refusing to vacate their homes after being served eviction notices that turned out to be fake.

A banner that says "Stop Renovictions" has been strung up outside of the units at 54-56 Kensington Ave. since late April, in protest of a landlord's move to evict tenants—some who have lived in the building for 45 years. 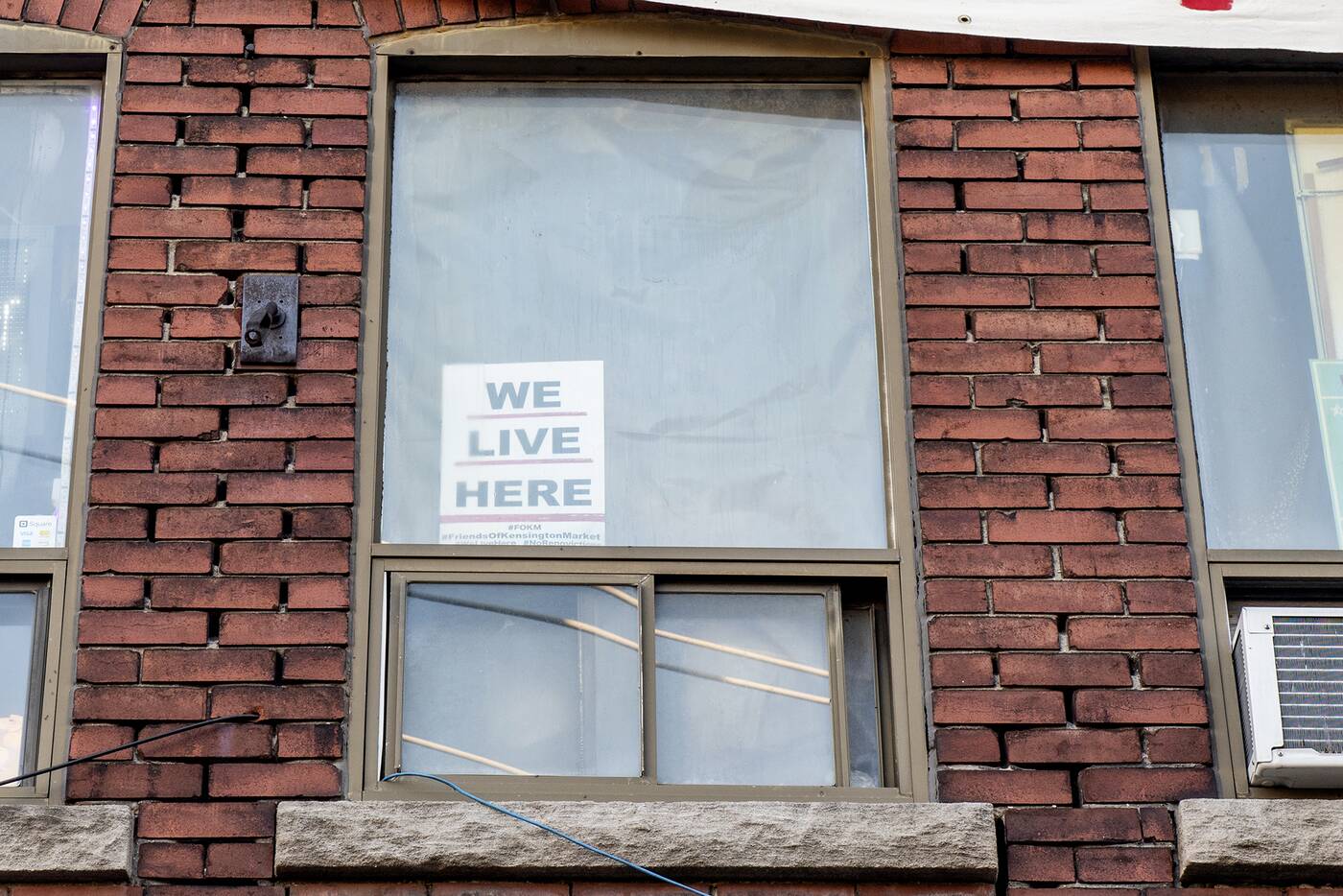 According to the residents of 14 units, eviction notices were slipped under their doors on January 1, informing them they had four months to vacate the building.

"We didn't know what to do, we were really scared and there is no housing in Toronto," said Gregory Herrington, who has been living in his unit for 13 years.

Tenants were offered $5,000 to leave their units—a few accepted the buyout—and were promised comparable accommodations so that the landlord could make changes to the building.

After learning of the eviction, neighbourhood clinic Kensington-Bellwoods Community Legal Services set the tenants up with a lawyer and City representatives, including Councillor Mike Layton, to help them draft a letter to their landlord.

The landlord hasn’t filed at the LT board. Just slid eviction notices under doors. So yes, we got involved with tenants organizing to assert their rights.

Within a couple of weeks, it was revealed that the eviction notice was not legal: the landlord had never filed with the Landlord and Tenant Board, or applied for any building permits for changes.

"It has no legal validity," said Councillor Layton at a meeting for Kensington tenants last night, where he spoke alongside MPP Jessica Bell, representatives of organizations Friends of Kensington Market, social justic group ACORN, and Herrington.

"There are good landlords out there that follow the rules, we're not worried about them," said MPP Bell.

"We're worried about the landlords that want to maximize the money they make each year...it's unacceptable and we need to stop."

“People have lived here for 45 years — when you get an eviction notice it’s scary, but now we know what we have rights.” A tenant in #kensingtonmarket shares his story, and importance of info on tenant protections through legal clinic, @TorontoTenants, & @m_layton

This is not the first time a Toronto landlord has been exposed for violating the Residential Tenancies Act (RTA) with unlawful renovictions.

The landlord of 795 College St. was fined $75,000 earlier this year for forcing five tenants out of their homes, then putting up those same homes for rent without offering them the possibility of returning.

Kensington Market has become a hotbed for similar stories in recent years: the profitability of short-term Airbnb rentals has persuaded landlords to evict numerous residents from communities like the building at 38 Kensington Place. 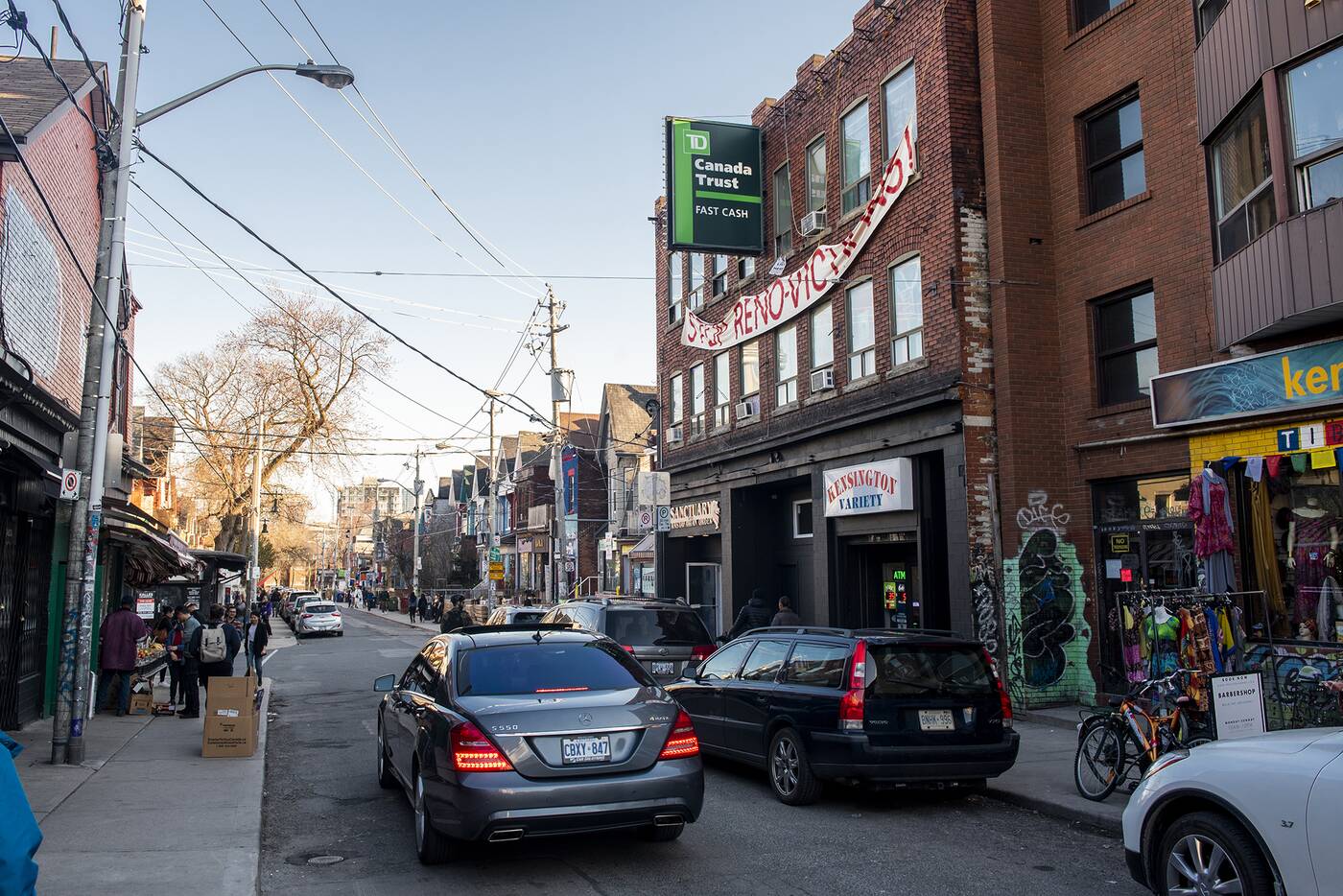 Around 14 tenants have refused to vacate their units in the building. Photo by Hector Vasquez.

The 54-56 Kensington building—which has long been a historic cornerstone of the Market as home to Club 56 and the 'stoop' community, often seen hanging out with their dogs in the laneway beside Essence of Life—now faces the same threat.

According to the residents who still occupy the building, there's been no recent word from the landlord of the building, who could not be reached for comment at the time of publishing this article.

"We were supposed to be out nine days ago," said Herrington. "But we're still there and we know that we have rights."