The legalization of cannabis for recreational use has caused a spike in its price per gram across Canada, according to government data — but only for those who actually buy their weed from legal sources.

Statistics Canada revealed this week that people who purchase dried cannabis products from legal sources have been paying an average of $9.99 per gram since Oct. 17, 2018.

Those who buy from the grey or black markets, however, have paid an average of $6.37 per gram since weed was legalized in Canada, suggesting a discount of roughly 56.8 per cent.

Point of purchase notwithstanding, StatCan says that weed prices across all markets have risen roughly 17.3% since October of 2018, from $6.85 per gram during the rest of 2018 to $8.04 post-legalization. 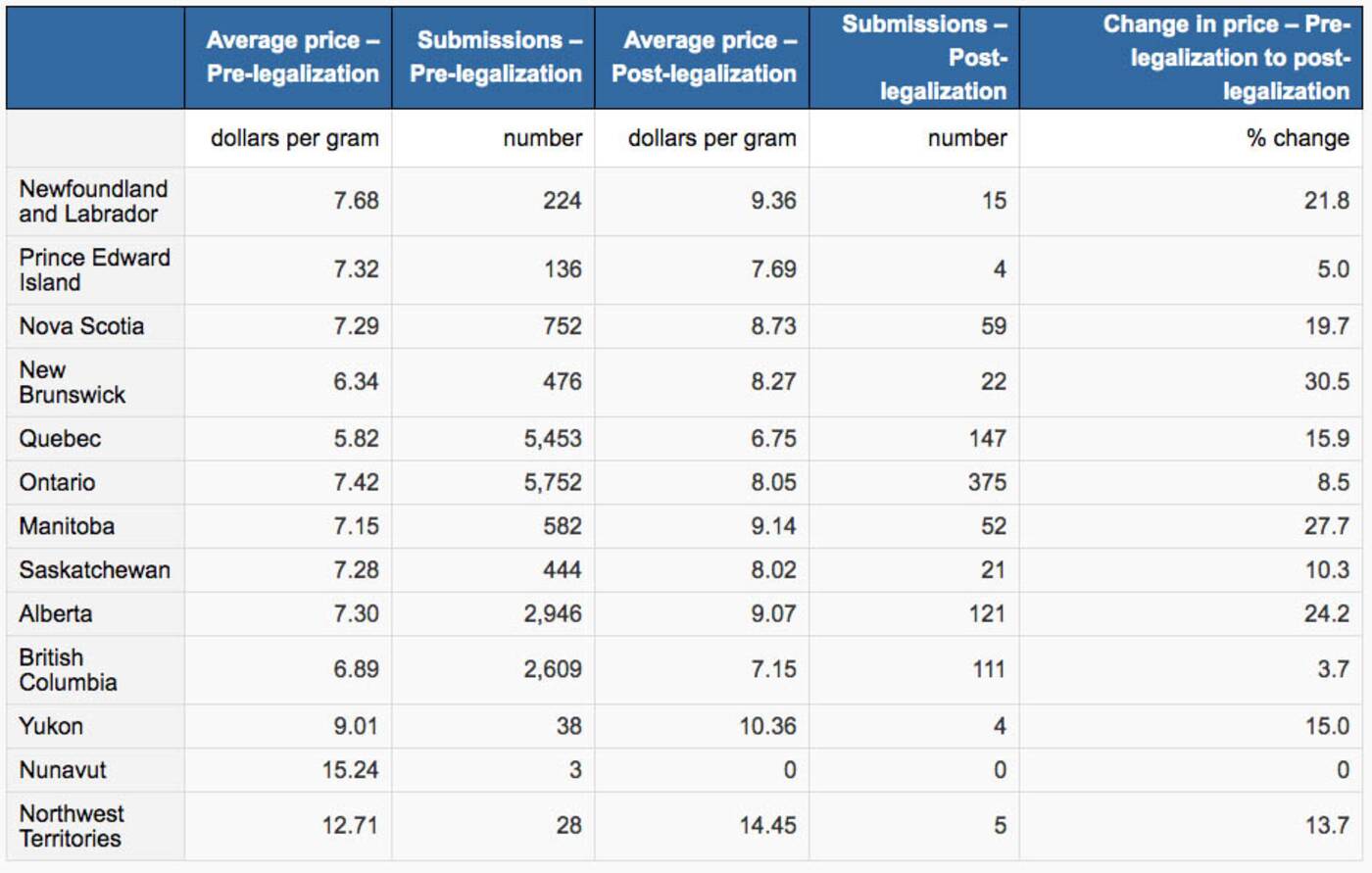 Take these figures with a grain of salt, however— they're all based on self-reported numbers from Canadians responding to a government cannabis survey.

"These estimates, although passing an initial screening, may still be subject to statistical bias because the sample is self-selected and the number of responses is limited, particularly in smaller provinces and in the territories," notes StatCan. "Therefore, caution must be exercised when interpreting the data."

Figures vary widely from province to province, as well. 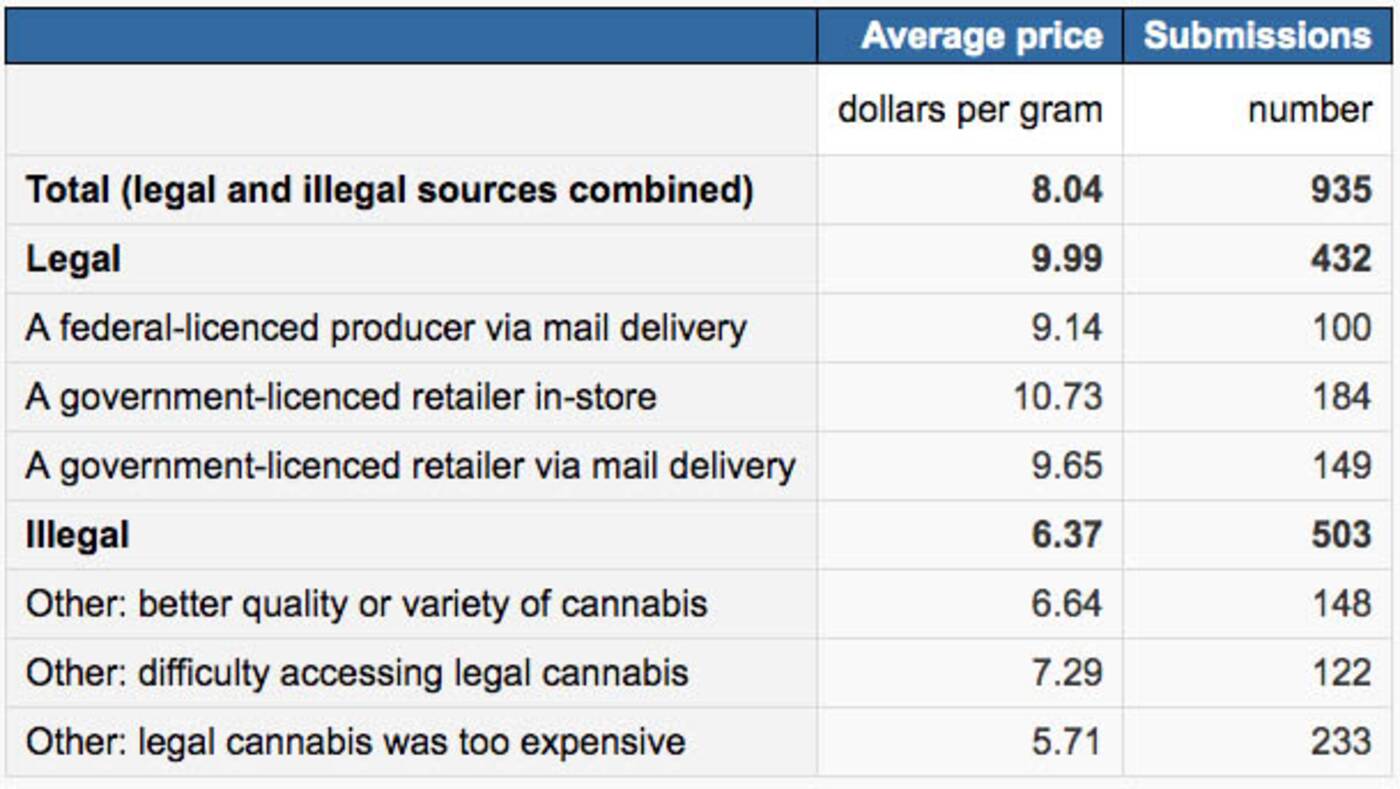 In Ontario, where the first retail cannabis stores were just permitted to open on April 1, people are said to have been paying an average of $8.05 per gram since legalization, up 8.5 per cent over a reported pre-legalization average of $7.42.

Based on what people are saying of prices at brick-and-mortar cannabis stores in Toronto, we'll likely see the average "legal" price go up.

It still remains to be seen how many people will abandon their longtime dealers (and the deals that come from them) for more expensive retail weed, though.

More than 53 per cent of people who responded to the StatsCannabis survey after weed was legalized indicated that they still purchase their weed from illegal sources.