Thousands of overdose prevention advocates are gathered in cities across Canada today. They gathered to demand that our federal government declare a state of emergency, in response to an escalating drug epidemic that has claimed the lives of more than 10,300 people over the past three years alone.

Coffins lining the grounds at #queenspark for National Day of Action. #wegrievethousands
Over 10,000 in recent years to be exact. #theytalkwedie pic.twitter.com/l8HZIdFjen

The group then made its way south on University Avenue, carrying signs and paper coffins inscribed with the names of loved ones who have died from drug overdoses.

They stopped along the way for a "die-in" in front of the office of Dr. David Williams, Ontario's Medical Officer of Health.

"He has the power to call a state of emergency in Ontario," wrote the Toronto Overdose Prevention Society (TOPS) on Twitter. "Why is he not using his powers to save lives?"

Die in outside the Chief Medical Officer of Ontario David William's office - bringing the bodies to him as he called & cut funding to OPSs and SCSs in #Ontario #onpoli #westillgrieve #cdnpoli #overdosecrisis pic.twitter.com/suXmmSL1qn

TOPS organized today's mass demonstration locally alongside the Toronto Harm Reduction Alliance and members of the We Grieve Thousands Collective.

Their demonstration was one of many taking place in 22 cities across Canada to "protest the treatment of people who use drugs and people living in poverty, and to call attention to the harms that stem from racist and classist drug policy."

Traffic was blocked off near Queen & University this afternoon as activists rallied in support of overdose prevention sites in #Toronto pic.twitter.com/zD3AZPJyHj

"It is unthinkable that after so many preventable deaths, and so many families and friends who are grieving the loss of their loved ones, that the government continues to refuse to recognize that this is a national emergency," said Akia Munga of the We Grieve Thousands Collective in a press release issued Tuesday.

"They're renting refrigerated trucks to store bodies in B.C."

The Toronto group ended up in front of the regional office for Health Canada at 180 Queen Street West, prompting police to block off traffic.

Streetcars and traffic were backed up for about an hour near Queen and University as protesters made speeches and, eventually, set off brightly coloured smoke bombs.

Emotional moment from the Day of Action today #WeRemember pic.twitter.com/wC4fO6iIMw

The roadway reopened around 2 p.m. on Tuesday, though the smell of smoke lingered long afterwards, inspiring many an annoyed comment from pedestrians who didn't understand what was going on.

Coincidentally, all of this happened just hours after Toronto City Council voted near unanimously to request that Ford reverse the province's cuts to overdose prevention sites in Toronto.

With an overwhelming 20-2 vote, Toronto City Council has called on the Provincial Government to reverse their dangerous cuts to 2 life-saving overdose prevention sites in Toronto. @StreetHealthOPS @StStephensHouse @TorontoOPS pic.twitter.com/4OwwVzeWnJ

TOPS called the provincial government's decision to defund several overdose prevention and supervised consumption sites "incomprehensible," but blames all three levels of government for failing to act in the face of a crisis.

"All levels of government must take immediate steps to scale-up evidence-based and evidence-informed actions to save the lives of people who use drugs across the country," reads the TOPS press release.

"Political meddling in the response to the overdose crisis is causing delays to the roll out of potentially lifesaving interventions like supervised consumption sites and safer supply initiatives," it continues. "It is unacceptable that people's lives are being put at stake during the largest public health crisis of our generation."

A loud & clear msg to Health Canada & to all PRESCRIBERS - BUILD ACCESS TO SAFE SUPPLY NOW. Let us not wait to attend more funerals and memorials, our clients & the communities we work with need us to act courageously now. #westillgrieve#ONpoli#cdnpoli #wegrievethousands pic.twitter.com/H4qjZIZqWr

"It makes no sense that the Conservatives would cut services right now," says Zoe Dodd of the TOPS.

"We know that March 2019 set the record for the number of calls to paramedics for overdoses. The government is making ideological decisions that are completely divorced from the realities we are seeing on the ground." 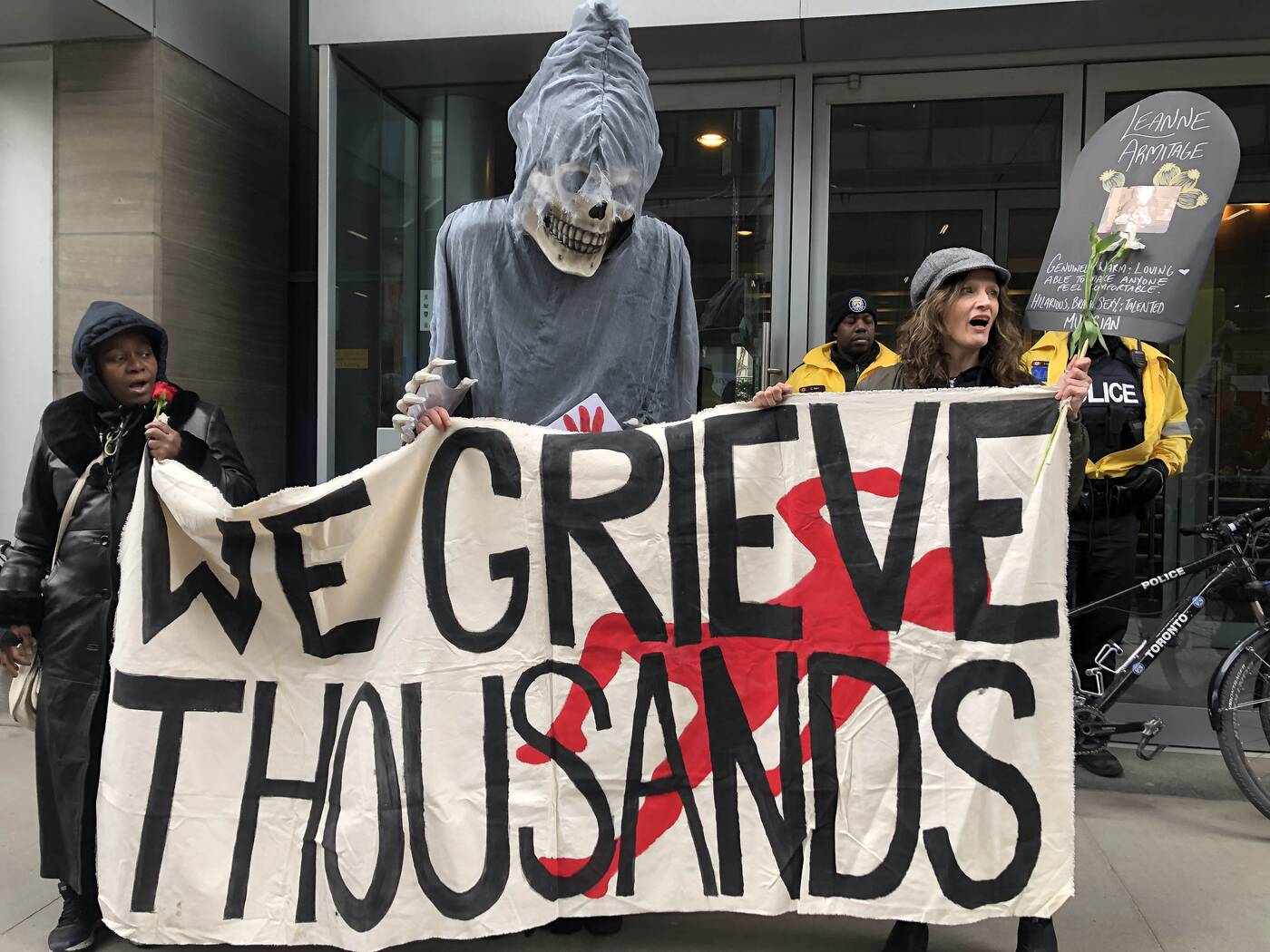