GO Transit fares are about to get cheaper and more expensive

Metrolinx is once again planning some changes to its payment structure that GO Transit customers will either love or hate, depending on their commute.

Starting April 20, short-distance trips on GO trains and buses within the Greater Golden Horseshoe area will cost approximately 21 per cent less than they do now.

The provincial transit agency considers all trips of 10 kilometres or less to be short-distance, and currently charges a minimum of $4.71 via PRESTO for rides between GO stations or stops within 10 kilometres of each other.

Longer term trips, on the other hand, will see GO Transit passengers paying more across the board. 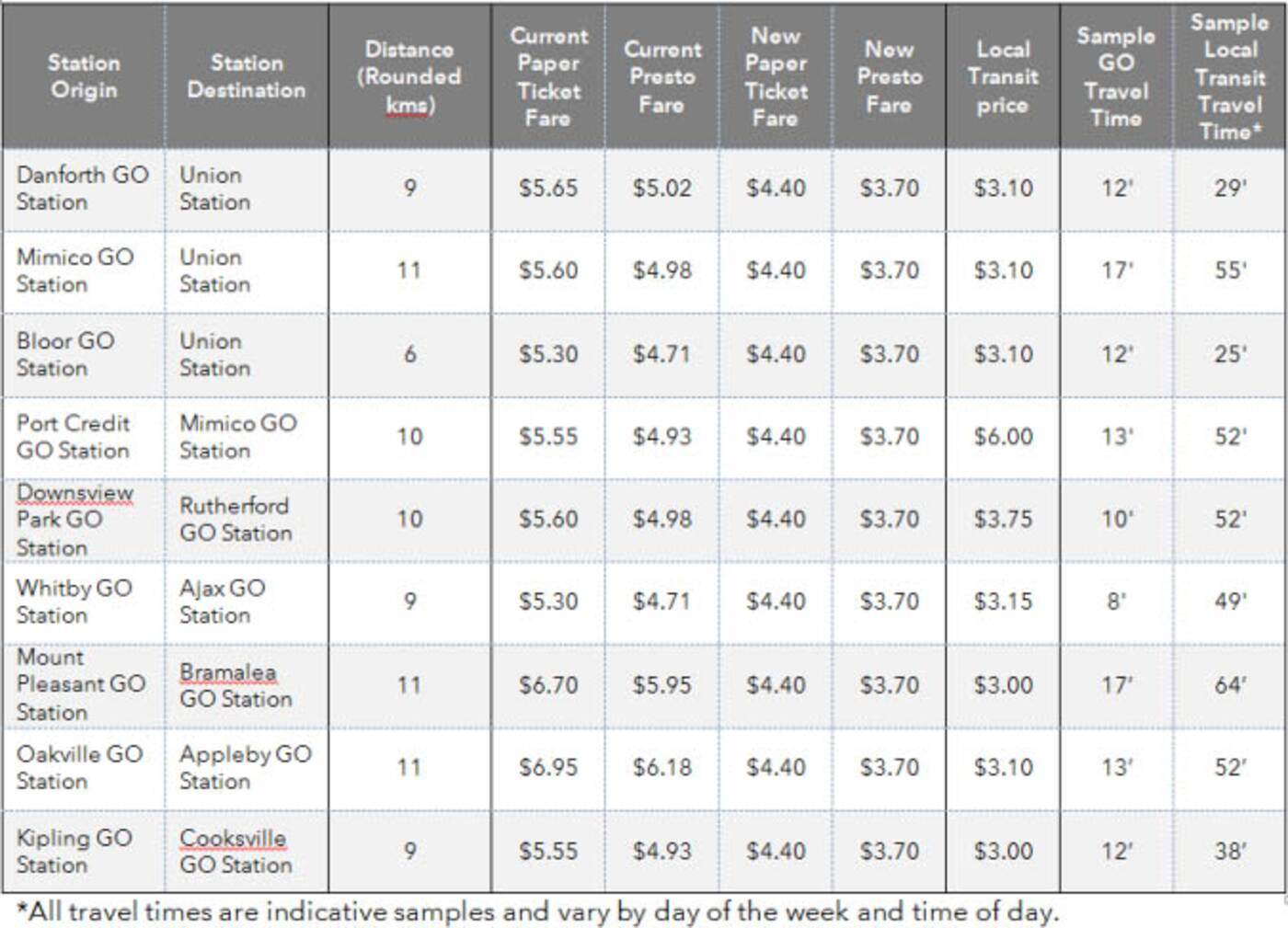 Metrolinx published this chart to illustrate how fares will change for those travelling less than 10 km between stations and stops. Image via Metrolinx.

"In addition to this fare reduction, Metrolinx is also introducing a modest fare increase for longer-distance GO trips on April 20," reads a release issued by the company on Monday.

"PRESTO fares for trips greater than approximately 10 kilometres will increase by up to four per cent," the release explains.

Single-fare paper tickets will go up by about 10 per cent for trips longer than 10 kilometres, affecting frequent commuters from cities such as Barrie or Kitchener.

Metrolinx's Board of Directors is set to vote on these proposed fare changes during a meeting on April 10.