A staggering new study from Environment and Climate Change Canada suggests that our home and native land is experiencing the effects of climate change at double the rate of the rest of the world—and that almost nothing can be done to reverse it.

Authored by more than 40 government scientists and academic researchers, the report—titled Canada's Changing Climate Report—concludes that Canada's average land temperature has increased by 1.7 C since 1948, when such records became available.

Global average temperatures are believed to have increased by about 0.8 C within that same period of time.

In Northern Canada, the situation is even more severe, with a 2.3 C rise in average temperatures between 1948 and 2016. That's nearly three times the average rate of global warming, according to the report, and these trend are expected to continue. 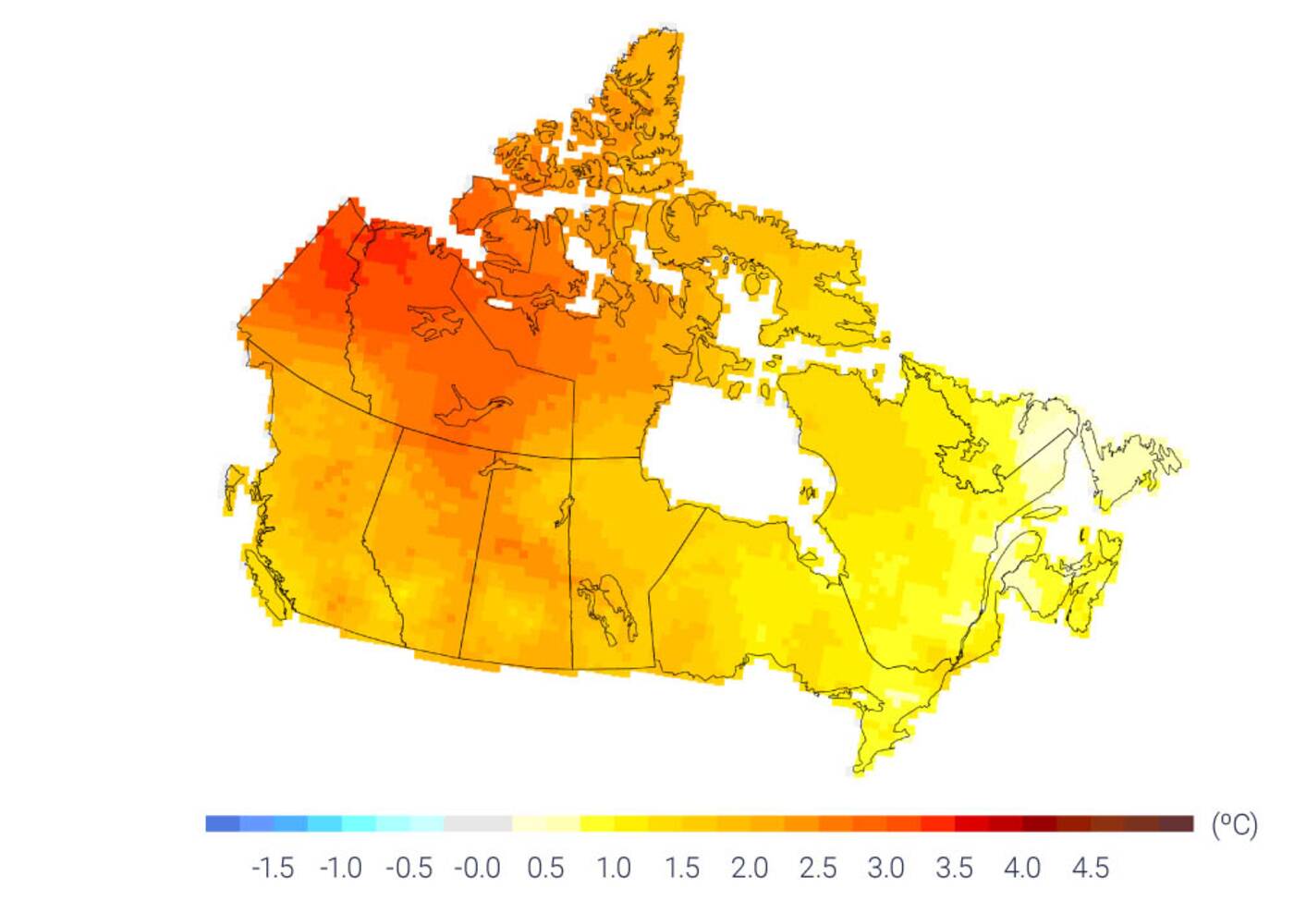 Observed changes in annual temperature across Canada between 1948 and 2016. Image via CCCR2019.

"Canada's climate has warmed and will warm further in the future, driven by human influence," reads one of the document's headline statements. "Global emissions of carbon dioxide from human activity will largely determine how much warming Canada and the world will experience in the future, and this warming is effectively irreversible."

Should Canada manage to reduce its emissions as much as possible right now, that frequency will still only be reduced to once every five years at best in the future. 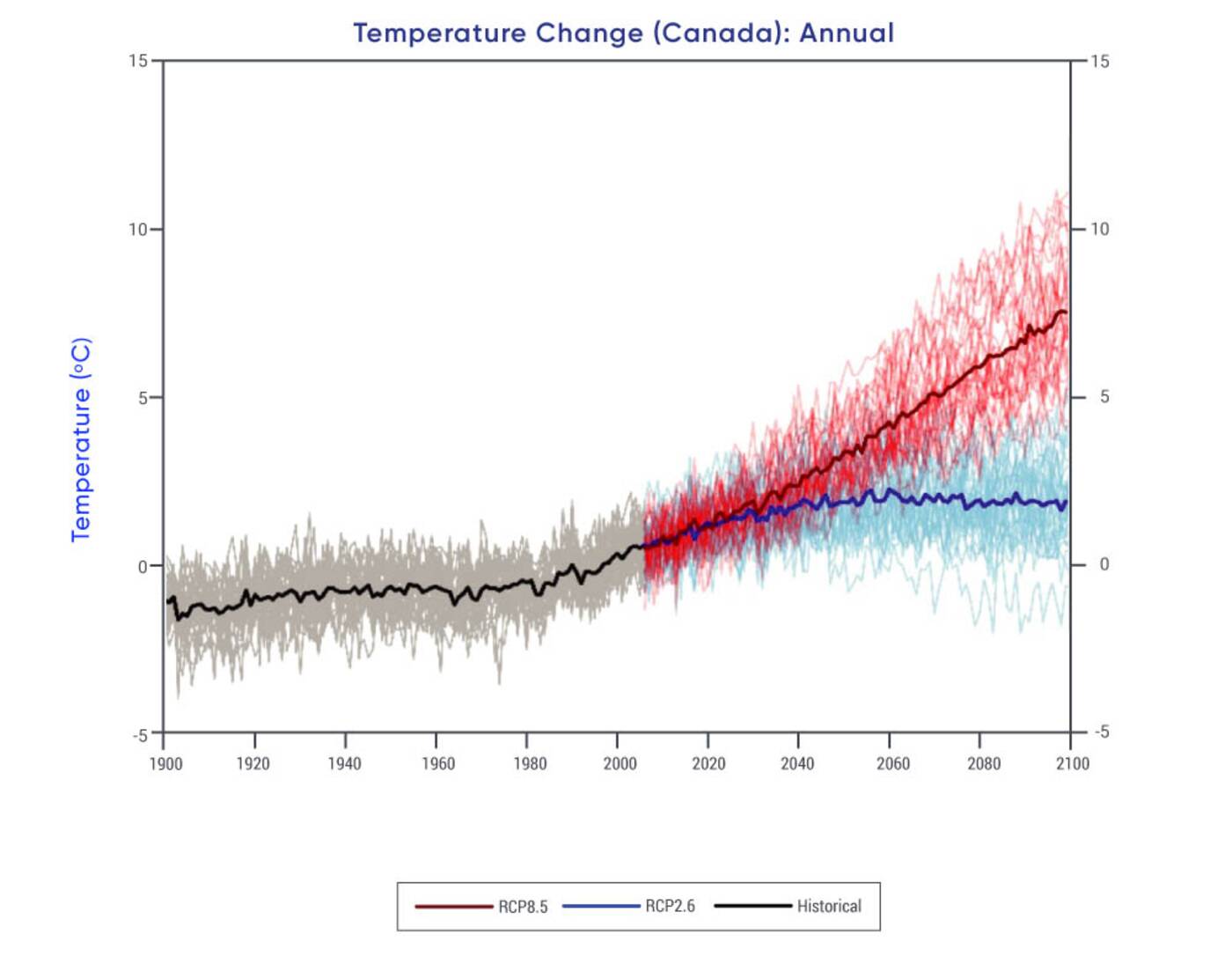 "It is virtually certain that the Canadian climate has warmed and that it will warm further in the future, as additional emissions of greenhouse gases (GHGs) are unavoidable," reads the report.

"Both human activities and natural variation of the climate have contributed to this warming, with human factors being dominant," it continues. "The magnitude of future warming will be determined by the extent of future GHG mitigation."

In Ontario, temperatures are rising faster than the global average, but more slowly than what's being observed in British Columbia, the Prairies and the North.

Still, Southern Ontario remains one of the only parts of the country in which it is warm enough to have what scientists consider "hot nights" (night with daily minimum temperatures above 22°C)—and the number of hot nights in some parts of the region have "significantly increased."

Should Canada or the world have any hope of keeping in line with global temperature targets set at the Paris climate summit in 2015, we must "reduce carbon emissions to near zero early in the second half of the century and reduce emissions of other greenhouse gases substantially," says the report.

"The effects of widespread warming are evident in many parts of Canada and are projected to intensify in the future," it states. "The rate and magnitude of climate change under high versus low emission scenarios project two very different futures for Canada."