Women working in the City of Toronto currently earn just over 78 cents, on average, for every dollar a man makes.

This is according to figures released by the Canadian Centre for Policy Alternatives (CCPA) ahead of International Women's Day 2019.

The CCPA's fifth annual report on "The Best and Worst Places to be a Woman in Canada" compares the country's 26 largest metropolitan areas in terms of their gender gaps—and not just their gender wage gaps, but the disparities between men and women when it comes to education, health, leadership positions, personal safety and economic security.

Toronto came in at spot number 24 out of 26 in this year's gender employment gap ranking, with an 89.8 per cent difference between male and female employment rates.

Our Best and Worst Places to Be a Woman in Canada report finds no clear winners in 2019. While organizations across the country work tirelessly to close gender gaps, a general lack of political leadership leaves the podium empty.https://t.co/yWQFCRVBQ2#canfem #cdnpoli pic.twitter.com/tWFtceGoxG

This gap widened by 1.1 percentage points between 2013 and 2017, according to the CCPA, while the employment rate among women aged 15-64 (68 per cent) in Toronto is also well below the national average.

"Part of the explanation is related to population aging, but another key factor is related to the challenges newcomers face accessing employment," reads the report.

"Immigrants make up 47% of the population in the Toronto region (much higher than the national rate of 22%), and of this group 15% were recent immigrants who came to Canada between 2011 and 2016. Toronto also has the highest child care fees in the country." 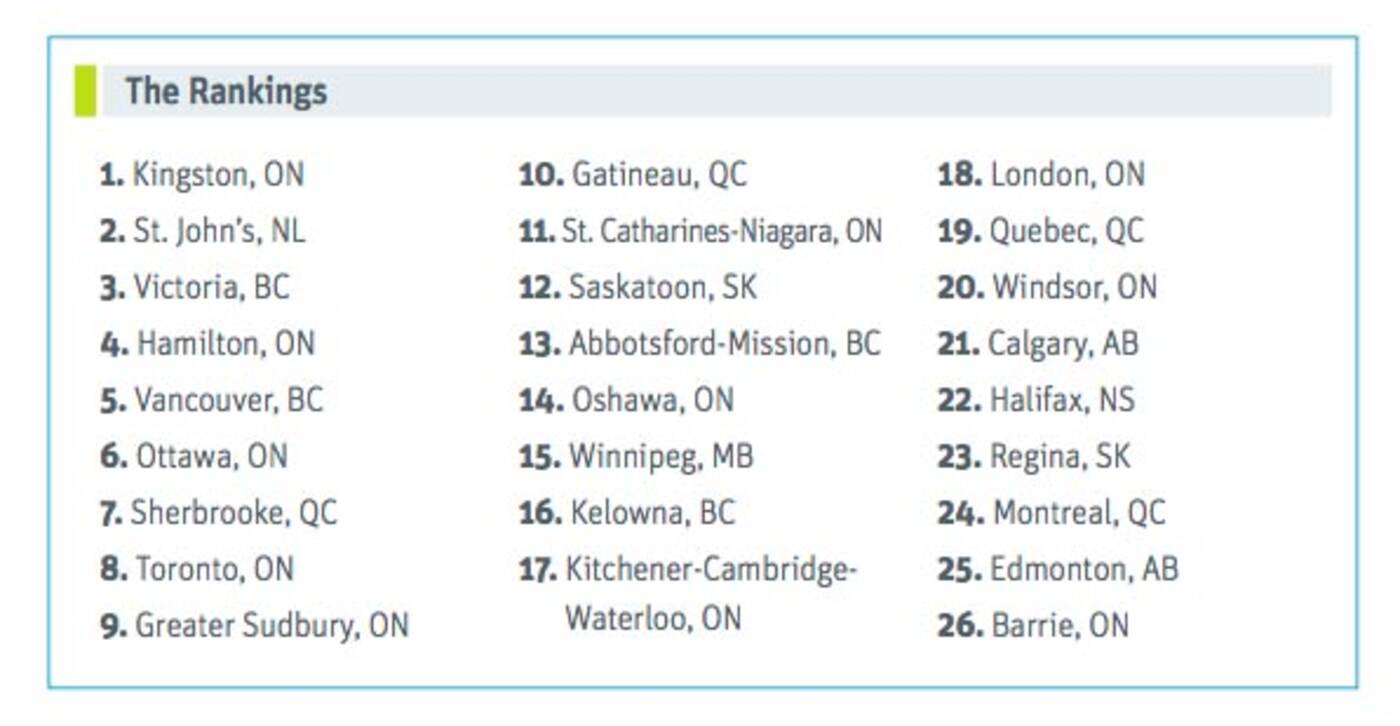 Canada's 26 largest cities, ranked in terms of the best and worst places for women to live in general. Image via CCPA.

Overall, the picture is pretty consistent, with only 7.1 percentage points separating the "best" Canadian city of over 150,000 people (Kingston, Ontario) from the worst (Barrie, Ontario).

That's not to say we're all doing equally well in every category measured—not against other Canadian cities or the world in general.

"Closing the gender gap is high on the federal agenda," reads the CCPA report's introduction. "And yet, as this report shows, while we have been making measured progress, women are still waiting for meaningful change in communities across the country."

"Years of effort to remove entrenched economic, cultural and social barriers to women's progress are not landing the results we all expected by now," it continues. "Gender disparities exist across the country."

Looking for a quick overview of what's in this year's Best and Worst Places to be a Woman in Canada report? @ScottKatherineJ provides an oversight of this year's findings.https://t.co/MmQMf6JCba@cdnpoli #canfem #IWD2019

For example, women make up only one-third of city councillors across the country despite being more likely to vote in local elections.

And while they make up 48 per cent of all workers, women represent only one-third of workplace managers—most of them concentrated in middle management.

Women still earn less than men on average in Canada, even when they have the same education and experience and work in the same field. 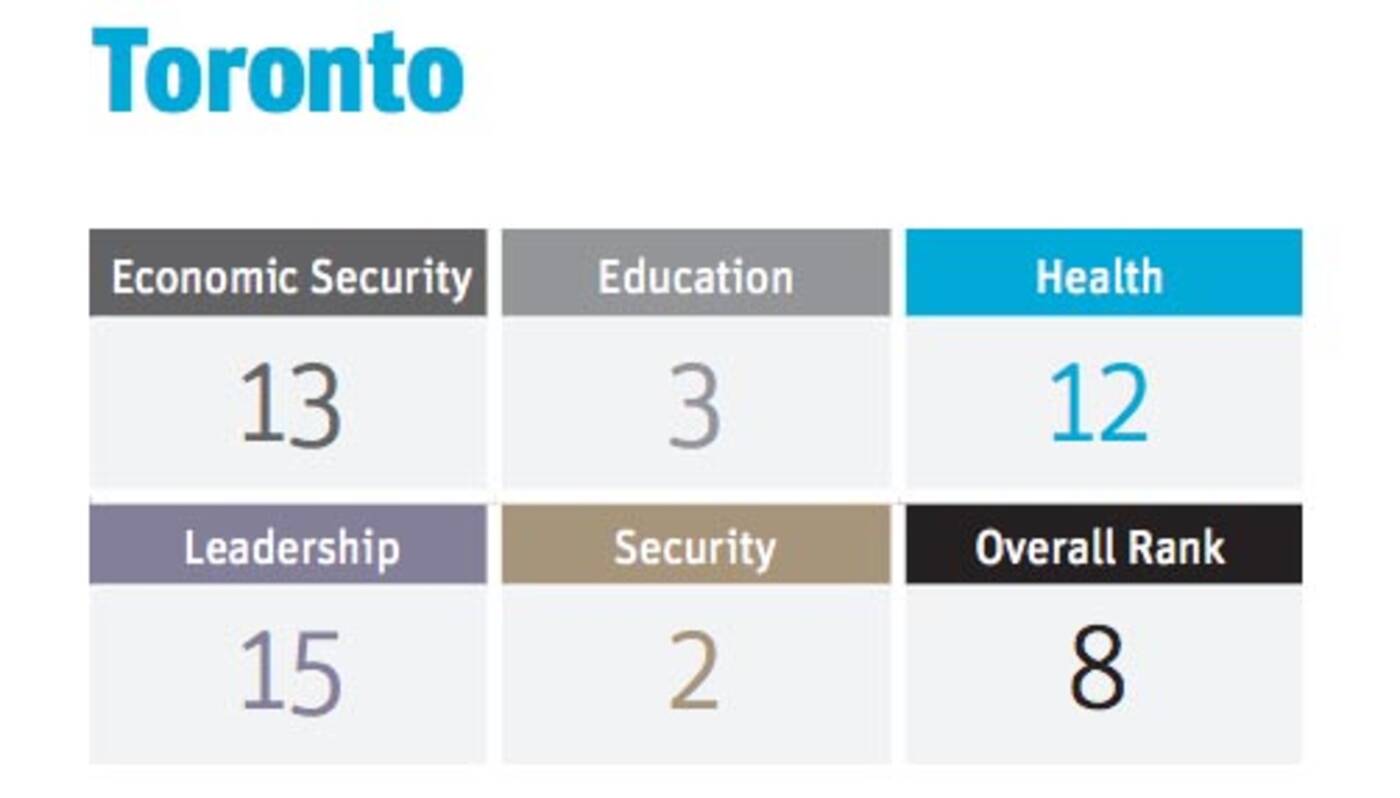 Toronto has the second-lowest incidence of violence targeting women, as measured by number of incidents per 100,000 people. Image via CCPA.

Toronto, specifically, fared below average for women in leadership positions, but thanks to our excellent personal security and education rankings (second and third place, respectively), the city came out in eighth place overall.

It's not a bad place to live for women, to be certain, but Toronto is one of the worst, it seems, when it comes to the percentage of women who can or will actually get into the workforce.

The future is another story: Toronto has an above-average proportion of female graduates in the STEM (science, technology, engineering and math) fields. That percentage is still low compared to the number of men in these fields, but it's a good sign.