Canada ranked one of the happiest countries in the world

You wouldn't know it to look at the scowling faces of everyone walking outside in Toronto between November and March, but Canada is considerably happier than (most) other countries in the world.

The UN's 2019 World Happiness Report, released on Wednesday, ranks our home and native land as ninth among 156 different nations when it comes to how happy citizens consider themselves to be.

The nebulous state of being known as "happiness" was determined in this study based on a wide variety of factors including freedom, economic wealth, life expectancy, government corruption, relationships to technology and even rates of addiction. 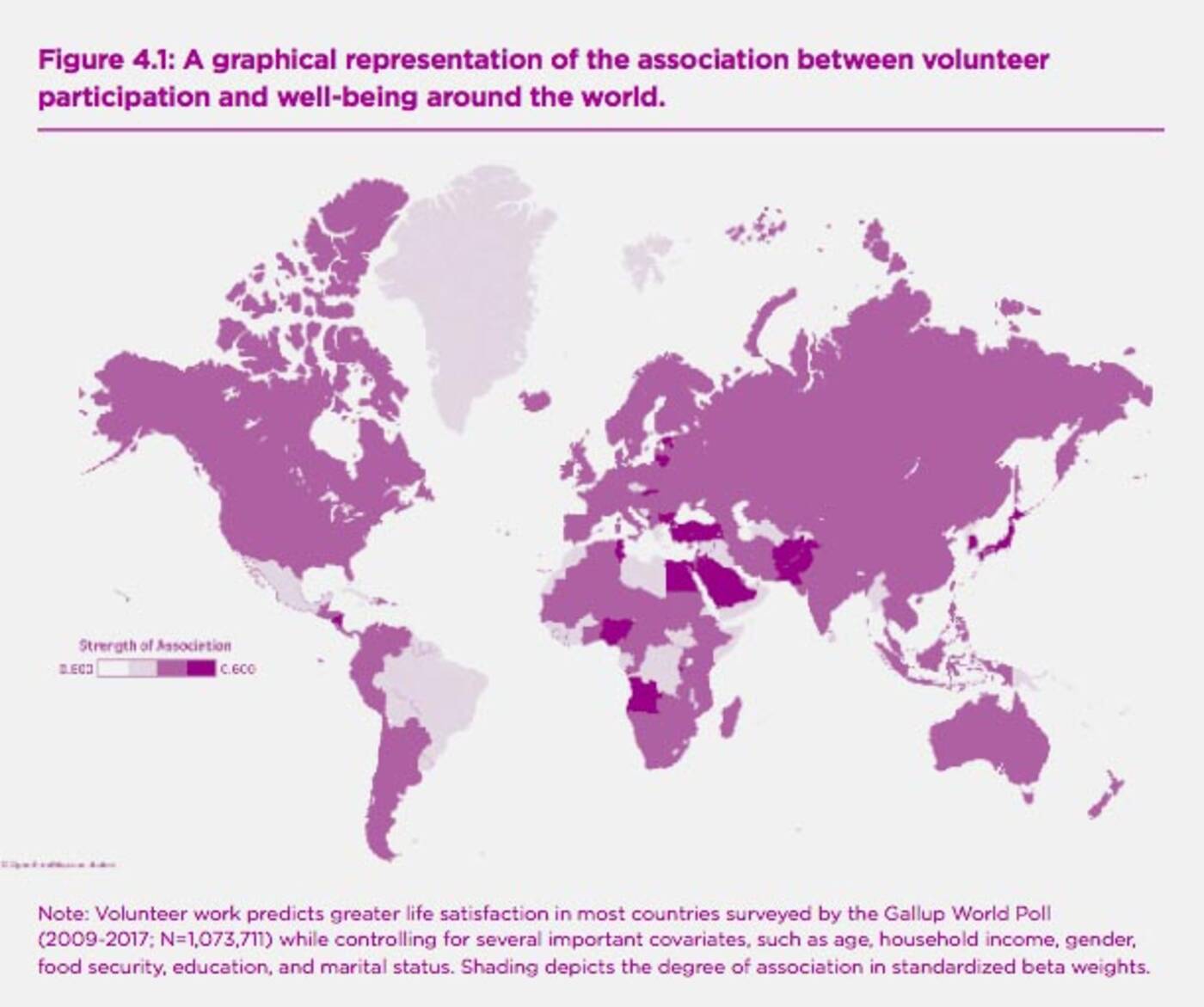 Volunteerism has been found to influence rates of happiness differently within different populations. Image via UN World Happiness Report.

Finland came out on top followed closely by Denmark and Norway, while South Sudan, the Central African Republic and Afghanistan pulled up the rear.

Canada has dropped two spots since last year, when the UN Sustainable Development Solutions Network ranked us as the seventh happiest populace on Earth. Still, we're the only North American country to make the top 10 (The U.S. came in 19th and Mexico 23rd.)

The full 136-page-long report is fascinating. It touches on everything from the link between smartphones and depression to how migration can bolster positive or negative emotions within a population, depending on where in the world they live.