Toronto businesses furious about construction near Yonge and Wellington

It's been more than a year since the construction on Wellington between Yonge and Church Streets first started, and it doesn't look like the project is nearing completion anytime soon.

Taking over the street's northern sidewalk, the City's move to reinstall the gas pipes running beneath Wellington has transformed the multi-lane street into a single lane, one-way.

It was supposed to be done sometime in February, according to a notice sent out to businesses in the area last year, but some onsite workers say otherwise. 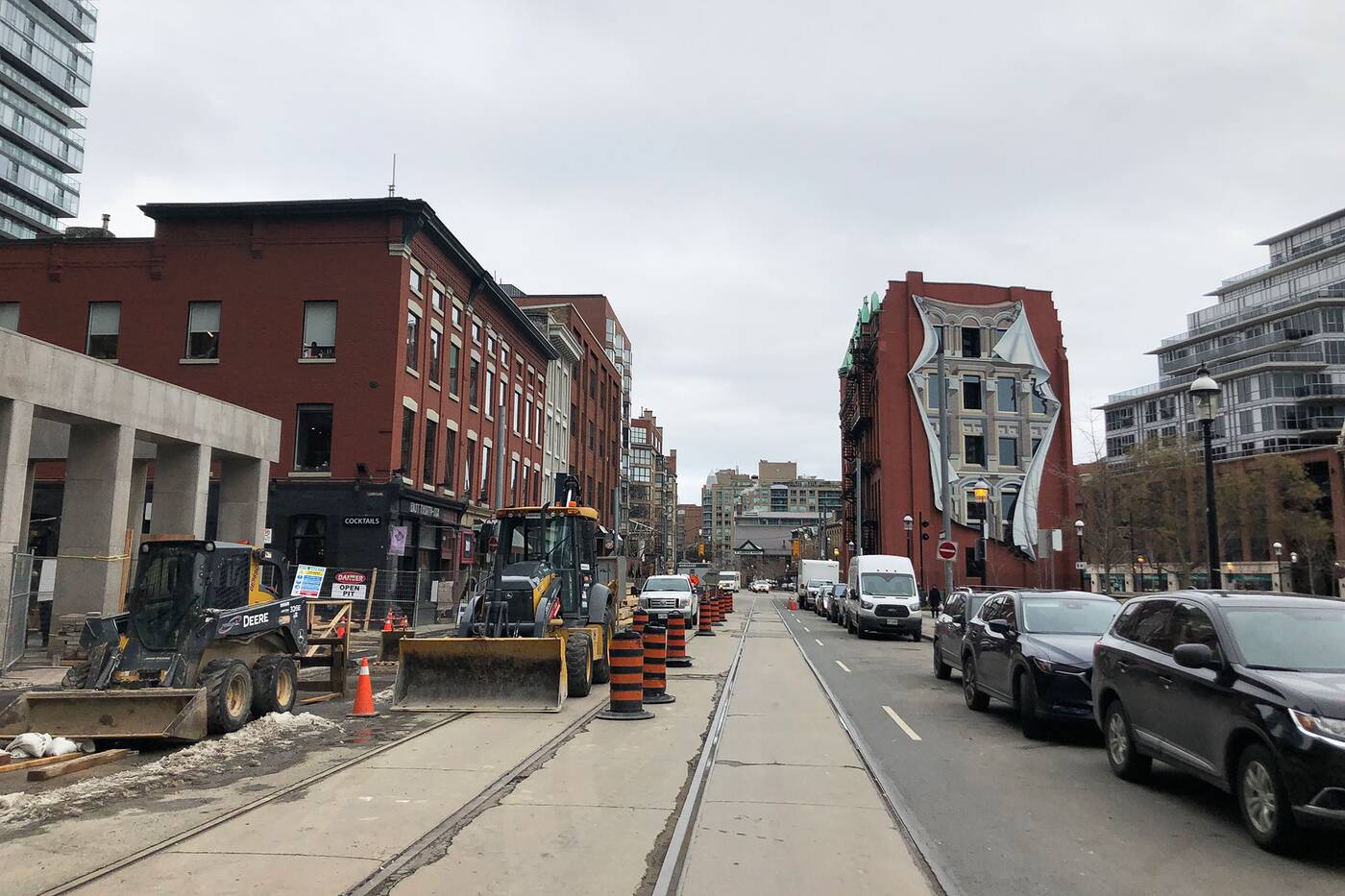 This part of Wellington between Yonge and Church has been under construction since late 2017.

The likelihood is that the tractors and rubble will be around until spring, at least, meaning for yet another year, the sounds of drilling will probably overshadow the tranquil sounds of the Berczy Park water fountain once it starts flowing again.

It also means pedestrians wil have to continue enduring Wellington's rough walking landscape to get to restaurants tucked behind tall barricades—something that owners say are hurting their businesses.

"It's so annoying, it makes people decide not to come," says Paul Lapsiripol, the manager at Sukhothai, which sits with a row of other restaurants like the Reservoir Lounge, Pravda Vodka Bar and Ichiban Sushi, which all face the Gooderham Building. 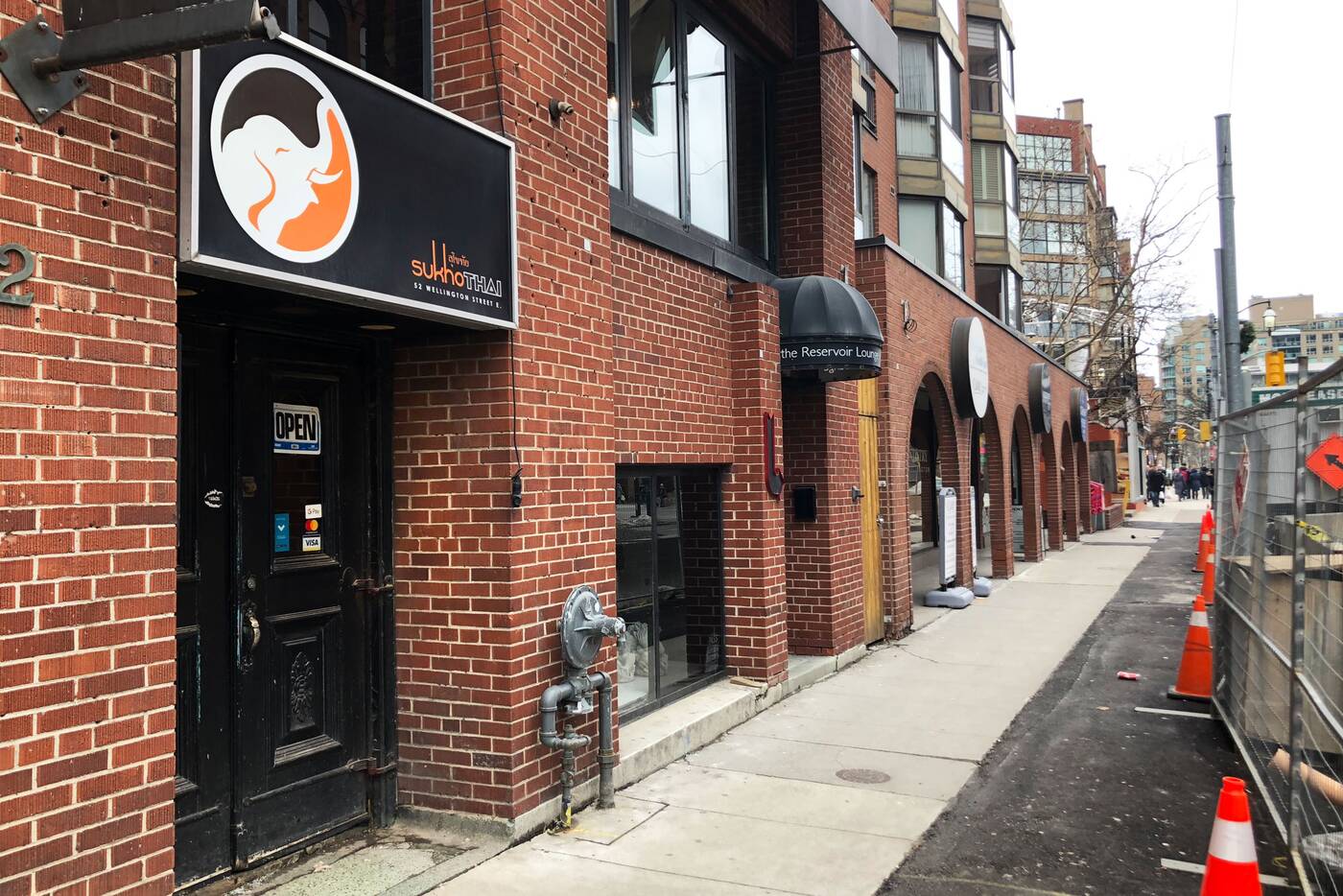 Sukhothai is just one of many restaurants on Wellington obstructed from the main street.

Fenced off from the main street, Sukhothai can only be accessed by a couple of entry points further east or west. They're not horribly far from the entrance, but according to Lapsiripol, the fact that customers can't see directly into the restaurant makes a big difference as to whether they decide to eat there.

Even worse is the parking situation: drivers can now only park on the south side of the street whereas they could park on either side before construction began. It's not only tough for customers, but for Uber drivers picking up orders too.

"The area is so horrible for construction," he says. Since opening this location in 2012, the area has seen multiple construction projects and even water outages that have seriously affected the business. 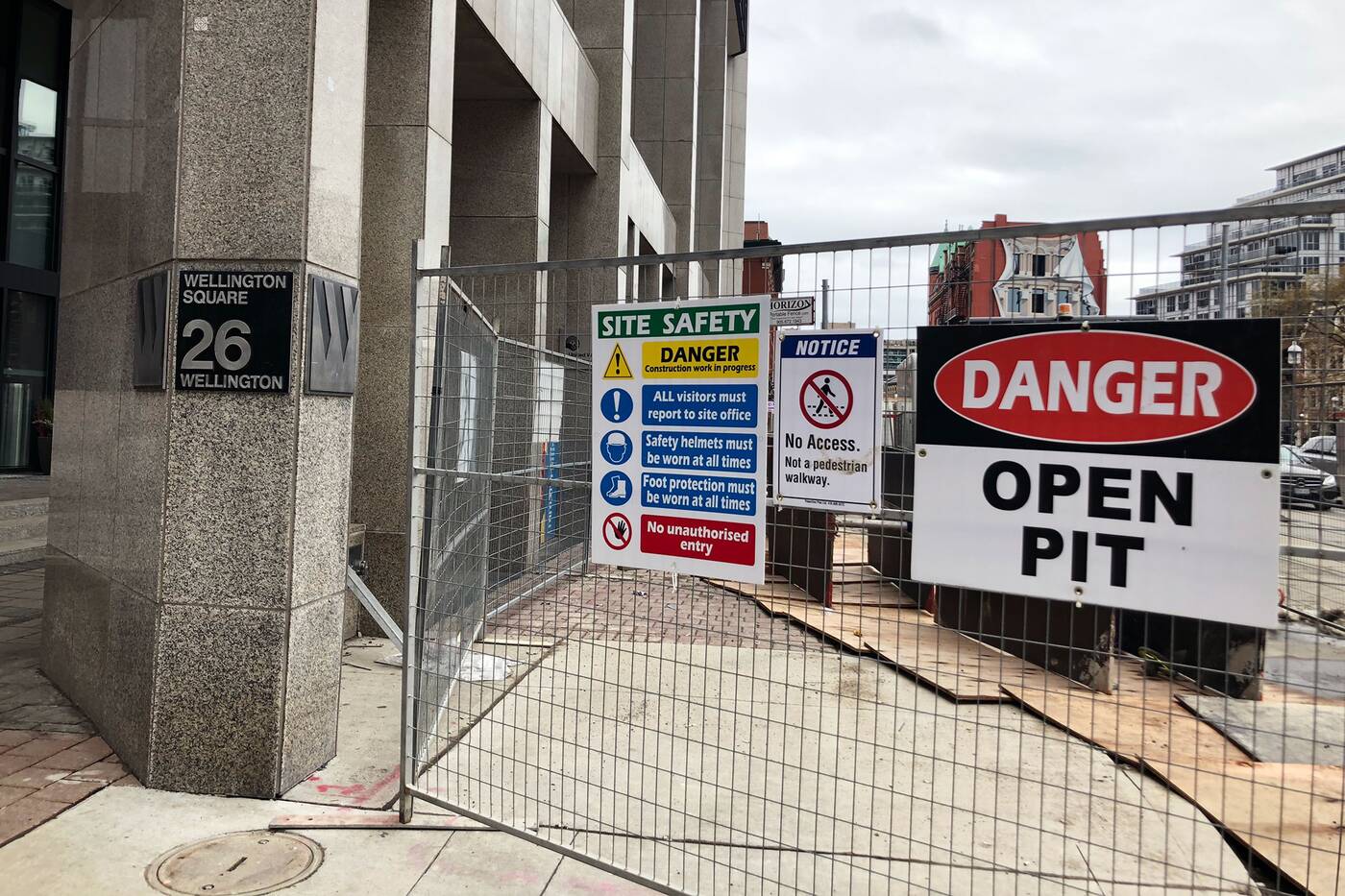 Construction was slated for completion by February but is expected to take longer than that.

And while it's normal for the city to undergo some changes, Lapsiripol's biggest complaint is not having anyone from the City to get in touch with regarding questions about the project.

It's a sentiment shared by  Davis Snider, the general manager at Cantina Mercatto, which sits closer to Yonge.

"We're going to try and get signage, but we don't know who to contact about it," says Snider. 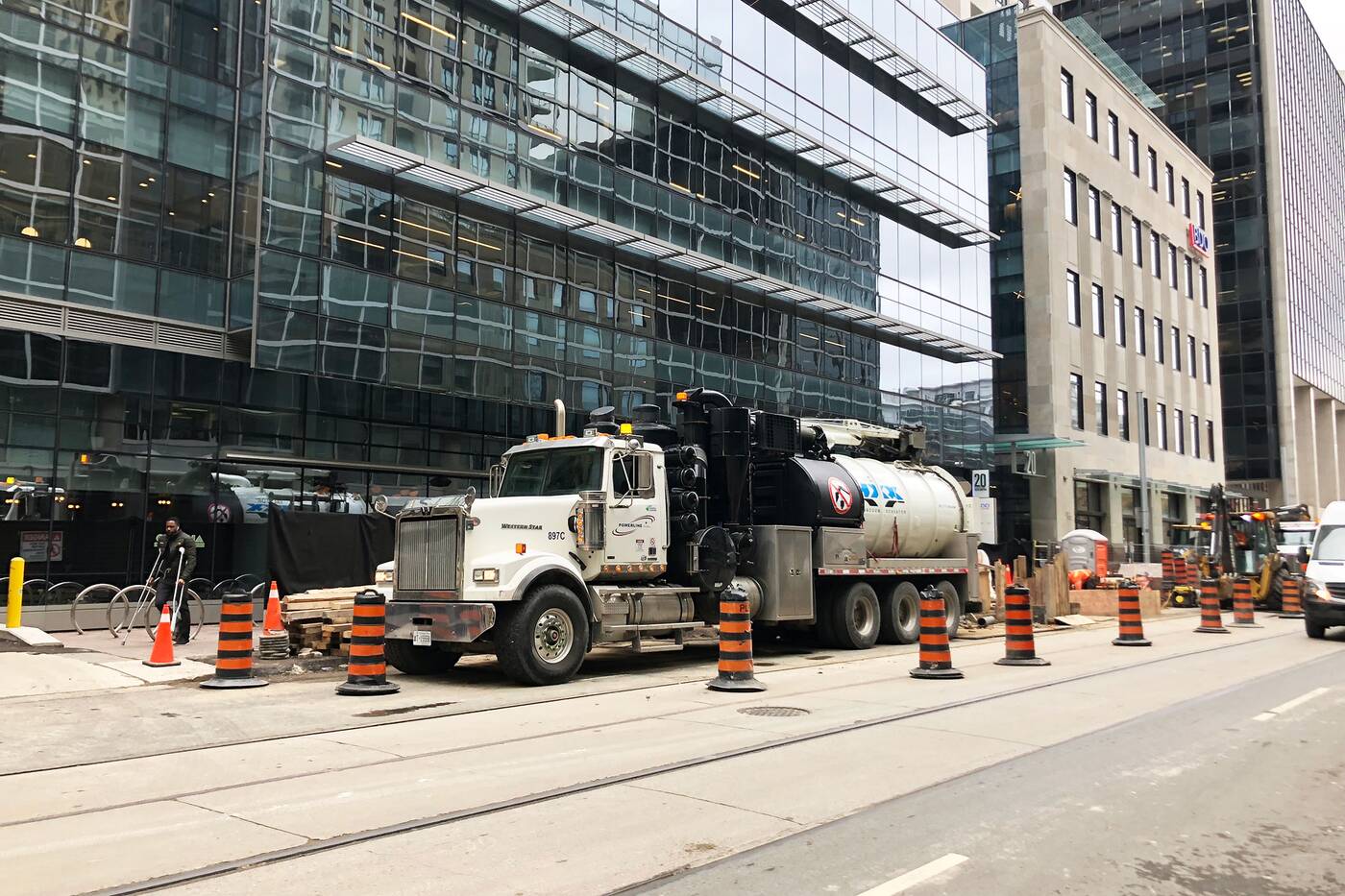 Cantina Mercatto is completely hidden from view by construction.

Newly opened in December, the restaurant now sits directly behind a set of massive fences where the bulk of work is being done right now. It's an overwhelming part of Wellington, and signs would help to direct foot traffic back toward the restaurant.

"It helps that they're going to beautify the street," says Snider, "But it doesn't help if they're not done soon."