A bunch of TTC employees have tested positive for drug use

Green and white are the preferred drugs of choice for TTC employees who choose to get high while on the job, according to a report from the transit agency's CEO Rick Leary.

Leary's February 2019 update report was discussed today at a TTC board meeting, along with several other important documents, including the Toronto Auditor General's recent report on fare evasion.

The 68-page-long CEO report holds a wealth of information for transit geeks to pore over—they always do—but one particular portion of this paper is sparking more interest than usual among members of the public.

It's called "Fitness for duty" and details the results of random employee drug and alcohol tests, which the TTC won the right to conduct back in 2017. 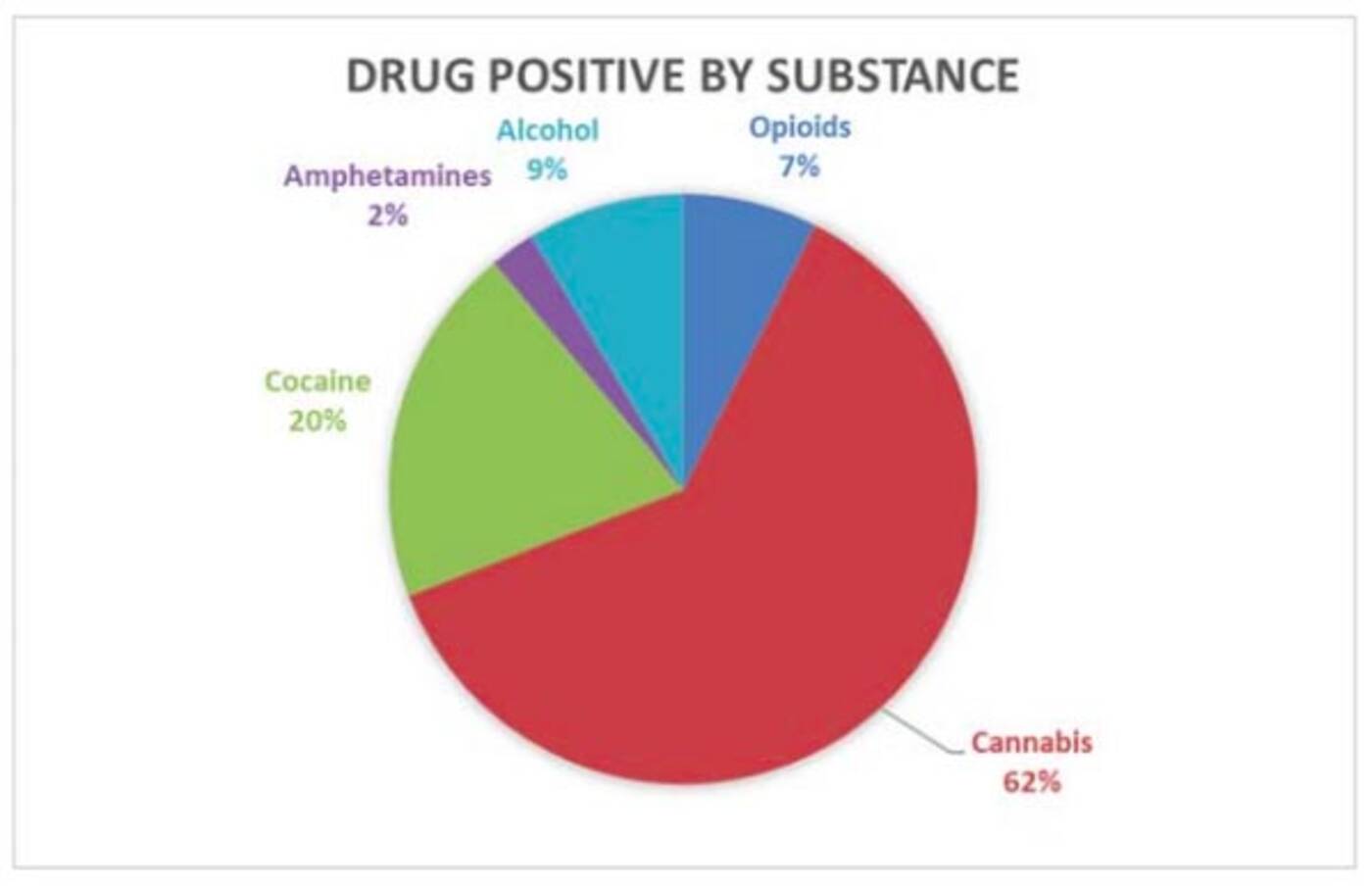 Cannabis was by far the most common drug TTC employees tested positive for during the period reported. Image via Toronto Transit Commission.

Leary's report states that a total of 82 employees were "non-compliant or refused to test under the random program" between May 8, 2017 and December 31, 2018.

Another 4,299 employees (98.1 per cent) took tests and passed, which is nothing to sneeze at in a workforce that size.

A total of 71 employees did test positive for drugs, however, in the time period surveyed, while another seven were found to have alcohol in their blood. Only four individuals refused the test outright. 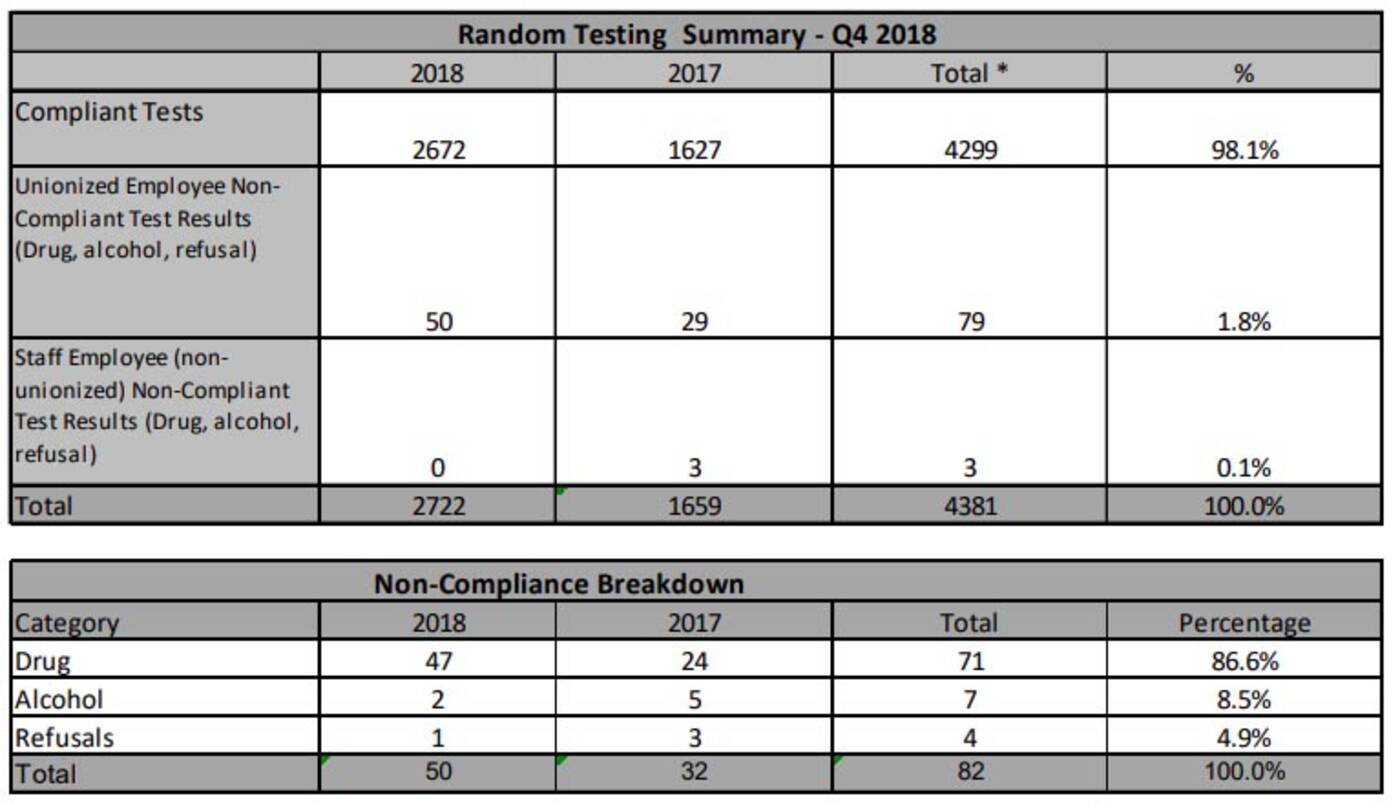 It may look like nearly twice as many tests came back positive for drugs in 2018, but only half of 2017 was included in the report. Image via Toronto Transit Commission.

Among the substances found in TTC workers, cannabis was by far the most common, making up 62 per cent of positive readings for both drugs and alcohol. Cocaine came in second place with 20 per cent of the pie, while alcohol was found to have been present in nine per cent of tests.

Amphetamines and opiods were also found in limited quanities, though it is not publicly known if any of the positive readings were linked to medical prescriptions.

It's important to note that these random drug and alcohol tests were performed among all unionized and staff TTC employees—not just those who drive vehicles. The TTC does not provide a breakdown in its report of which positions are held by offenders of their drug and alcohol policy.

All we can say, based on these results, is that marijuana reigns supreme as the drug of choice for transit workers (at least while they're at work.)