Crime has plagued residents in the St. Clair West area for months in what locals are calling an "epidemic."

Since September, the homes around St. Clair West and Vaughan Road have been hit with at least 80 attempted and successful vehicle break-ins, with dozens more unreported to the police.

There have also been several incidents where packages have been stolen from residents' properties, a problem which Toronto Police's 13 Division describes as an "ongoing issue." 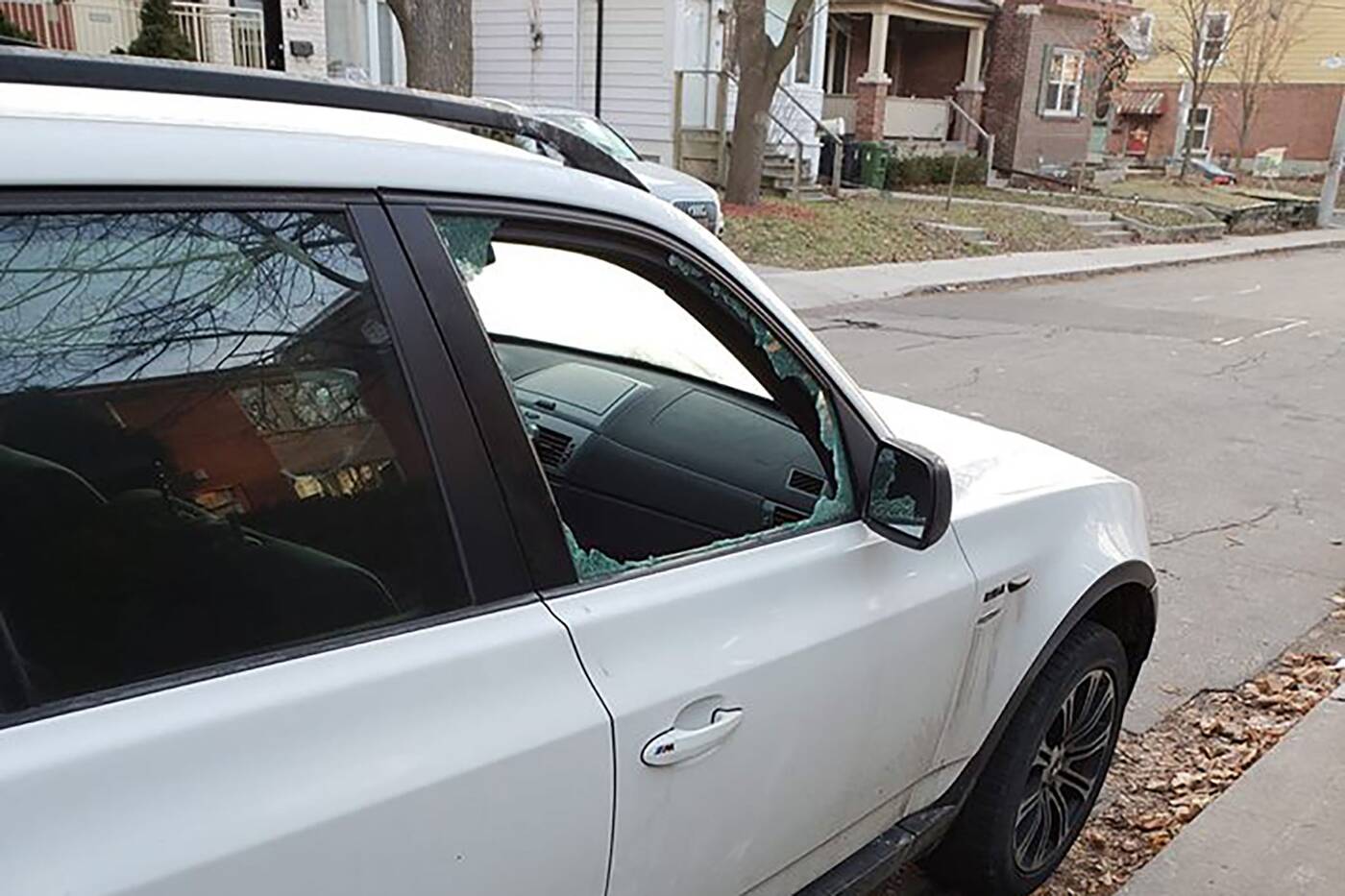 There have been more than 80 incidents of vehicle break-ins around St. Clair West and Vaughan in the last four months. This car was one of three on Arlington Ave. hit on the same day. Photo by Matey Matev.

From smashed car windows and multiple break-ins on the same vehicles to parcels stolen right off of doorsteps, the staggering number of attacks by at least several individuals (including one car scrounger referred to as 'flashlight guy') has become a daily—and costly—struggle for those targeted.

It’s come to the point where many car-owners have resigned themselves to the fact that their vehicles might be hit next.

Despite being advised by police not to, residents must consider leaving their cars unlocked night after night. As long as they don't leave any valuables in the vehicle, nothing will get stolen (except maybe the car itself), and hopefully no windows destroyed.

"There are attempts at least three times a week," says Suzanne Lejeune, whose home security cameras have caught thieves tampering with her vehicles behind her home at Kenwood and Maplewood multiple times. 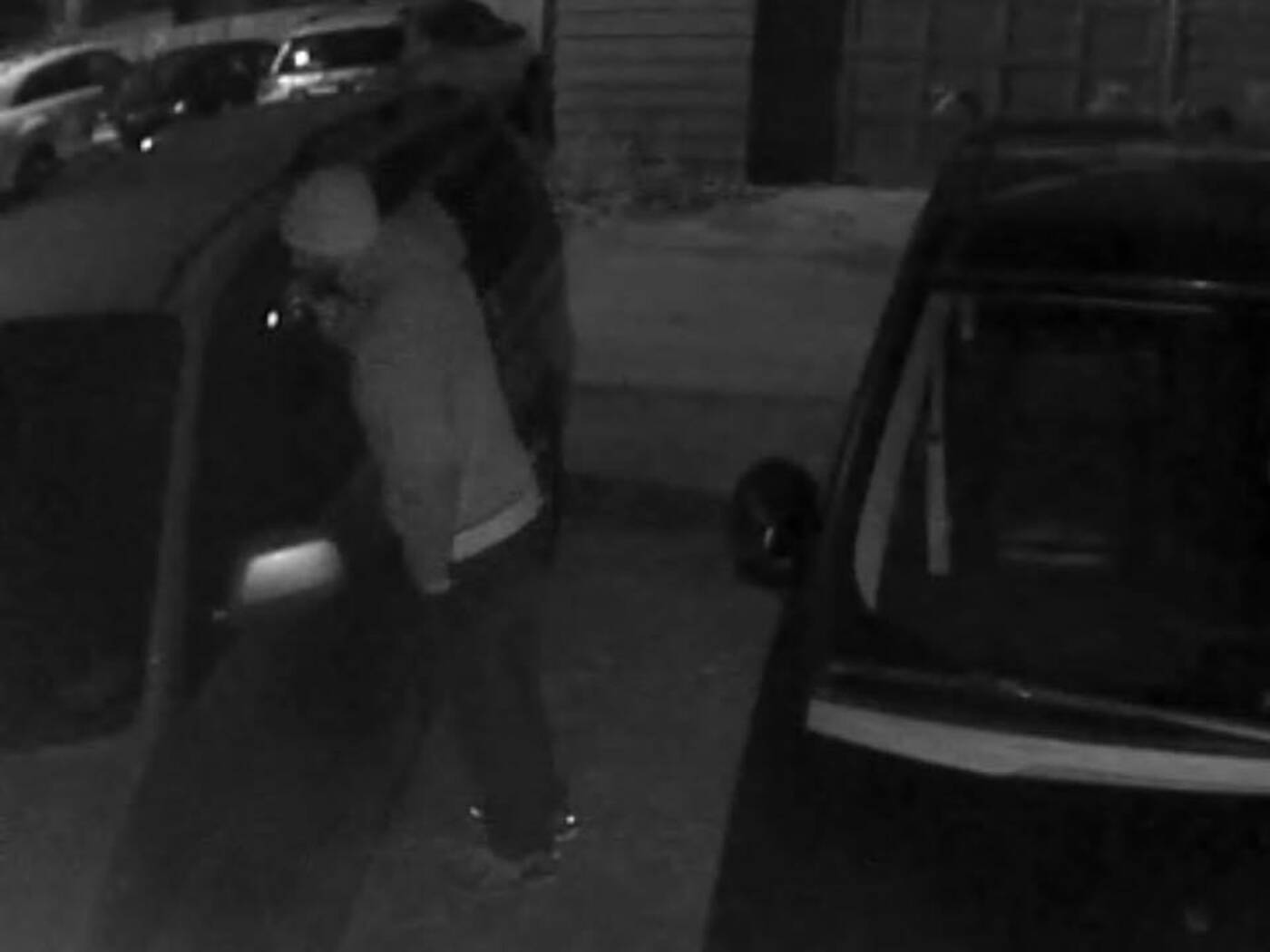 Footage from a St. Clair West resident's home security camera captures a man known to residents as Flashlight Guy peering into her vehicles with a flashlight. Photo via Suzanne Lejeune.

Lejeune says she and her husband bought a camera system two summers ago during the "first wave" of car break-ins, but upgraded recently to get better pictures of the perpetrators.

So far, she says they've spent about $2,000 on cameras, data usage, and monthly subscription fees for programs that let them save the video from their camera—footage that her husband goes through every morning in what's become "a full time job" for him.

They've never had their windows shattered, but many others have, with a record of 10 cars damaged in the area in one night. 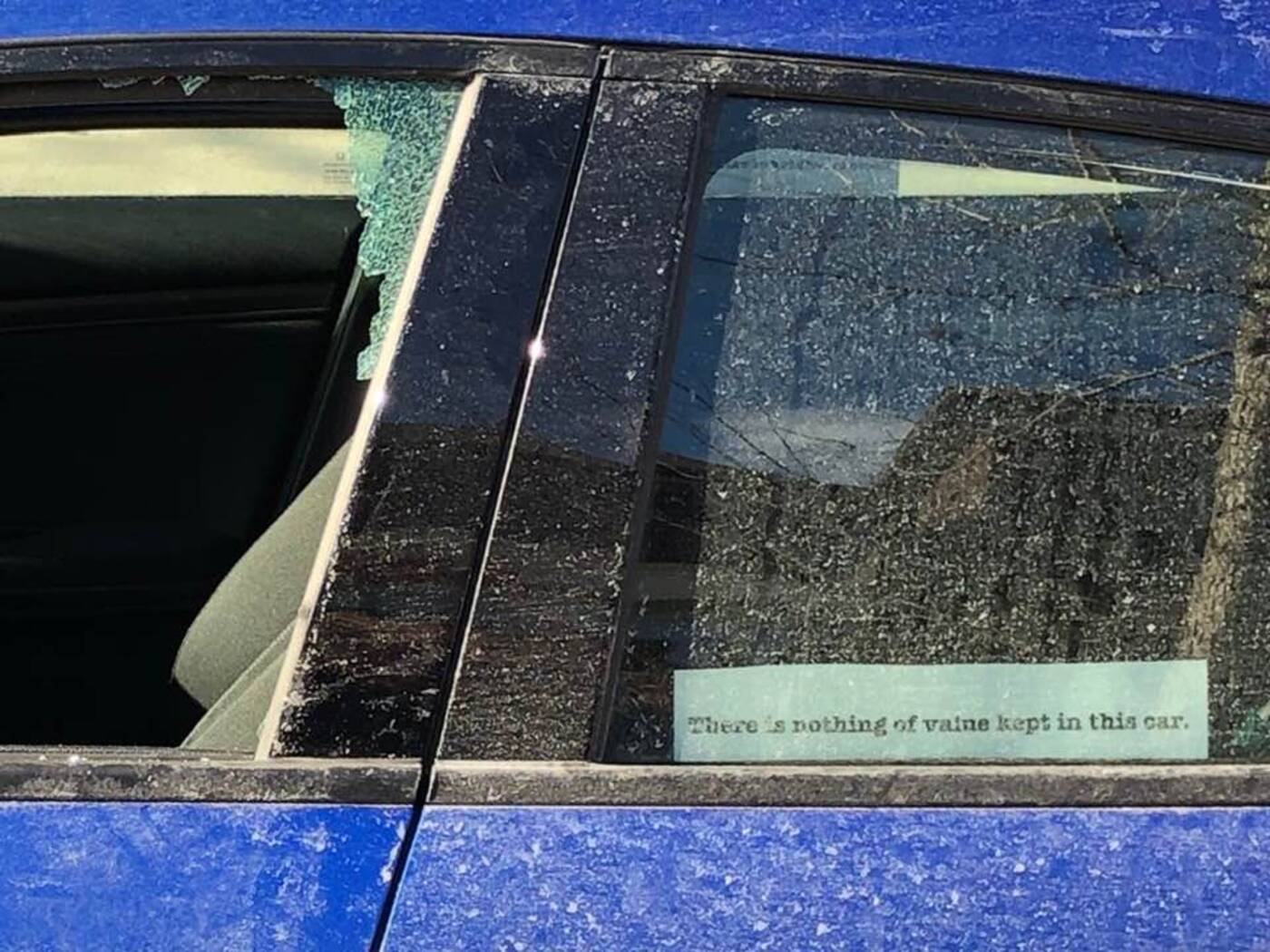 One resident left a note for stating there was nothing of value in her car, but the perpetrators broke her window anyway. Photo by Sarah James.

Residents have even resorted to leaving notes in their window. "There's nothing of value kept in this car," read one note addressed to thieves. But even that didn't work: the driver's seat window of her vehicle was broken on Sunday.

Division 13 of the TPS stated yesterday that a 45-year-old man had been arrested on Friday in relation to the vehicle break-ins around St. Clair, which might help to curb the incidents for now.

As to the handful of occasions where nearby residents have had packages stolen right off their property since early December, Toronto Police Service commented on Facebook today that they'd continue to investigate the issue. 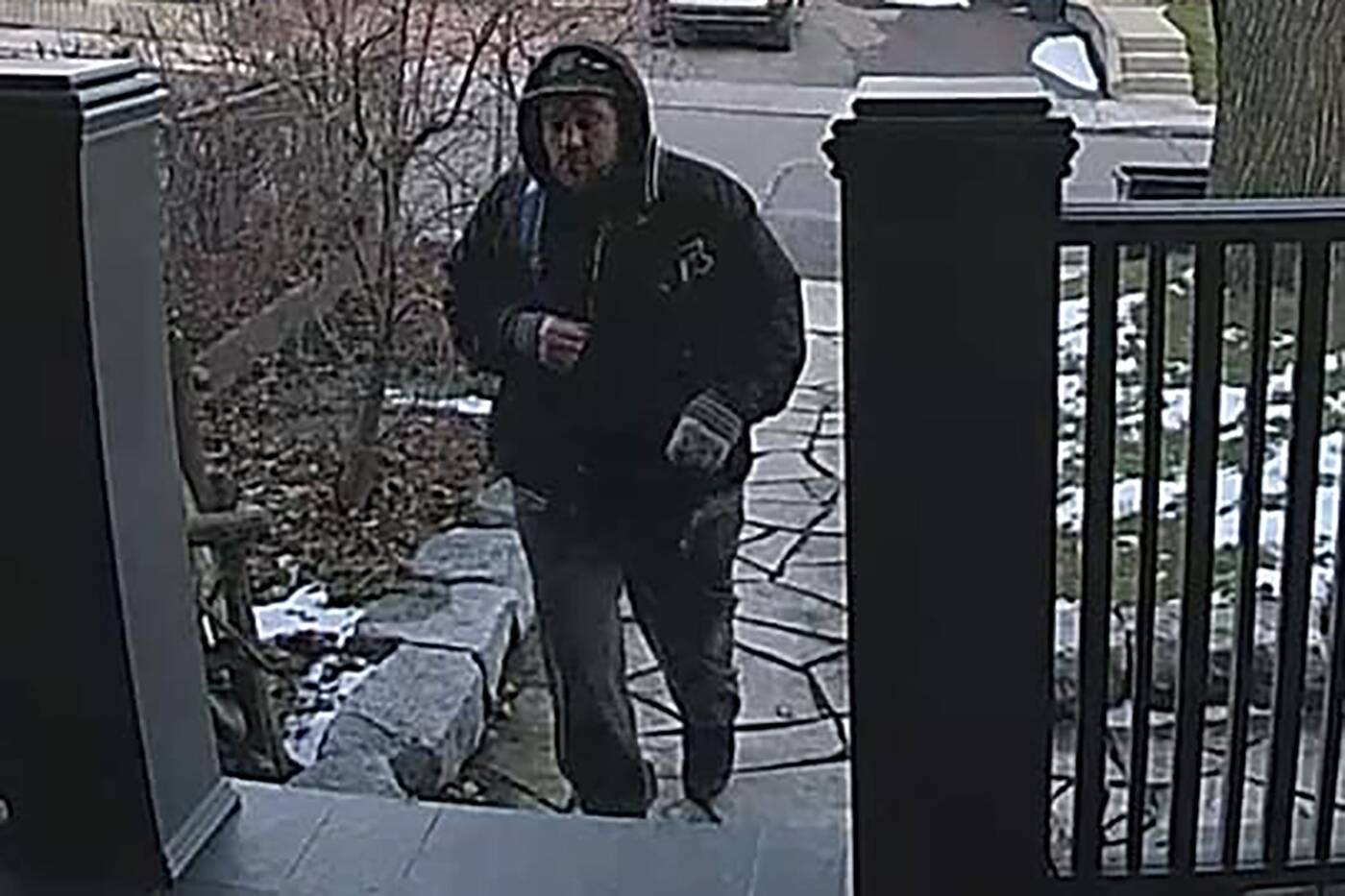 Home security camera footage captured a thief taking a package from the porch of a home on Arlington Ave. Photo courtesy of resident who asked to remain anonymous.

But until the slew of criminal activity cools down, residents are continuing to keep each other informed through Facebook groups like the St. Clair West Residents Group and Humewood-Cedarvale pages.

One resident, Simon Strauss, has even documented the vehicular incidents in a shareable map, compiling data through a survey he sent out in late December.

Though the data is limited to users active in certain community Facebook groups, Strauss had residents document details like what was stolen, where their cars were parked, and what time their cars were tampered with on a Google Sheets document. 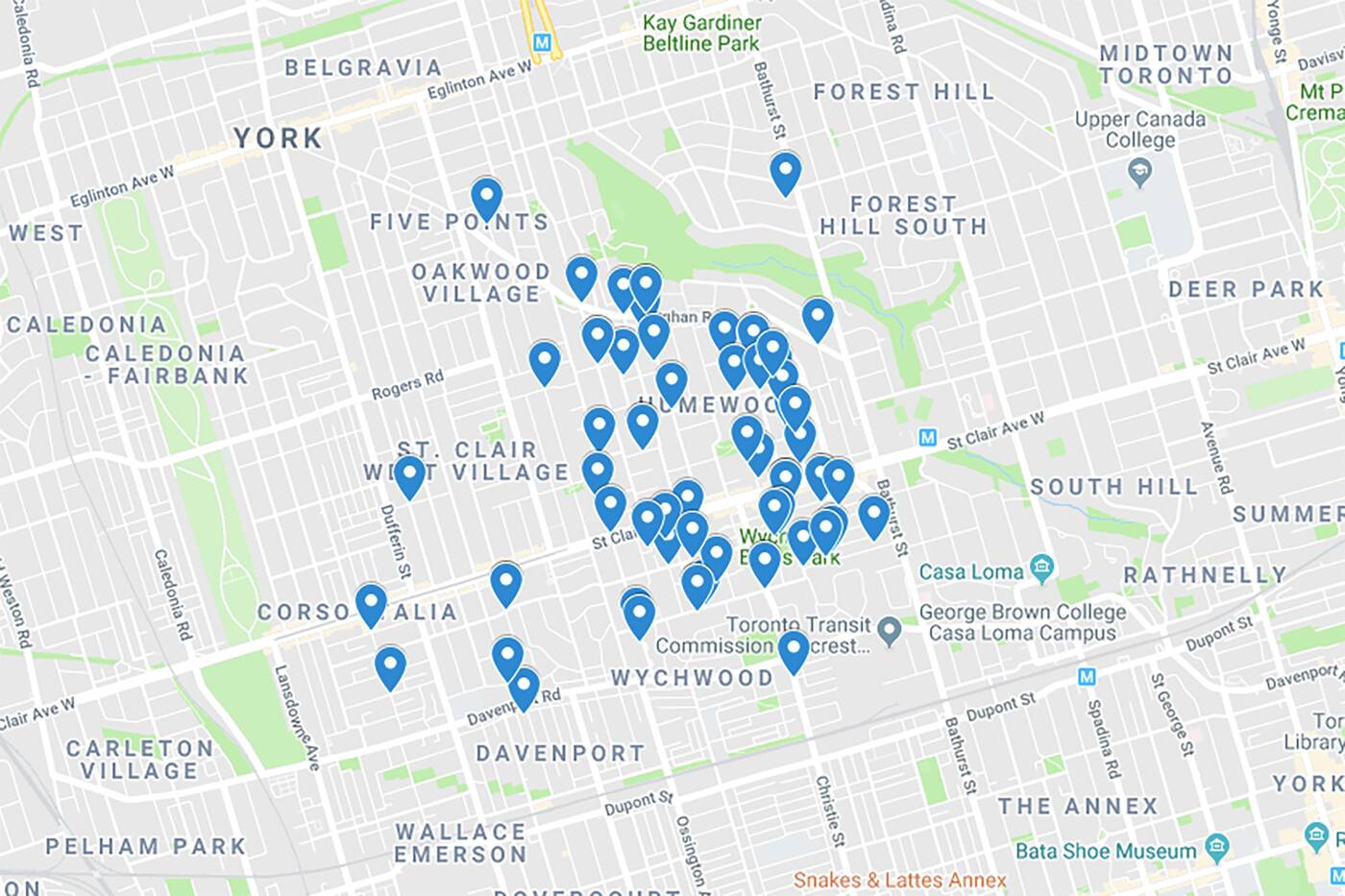 A map compiled by local resident Simon Strauss shows there have been at least 79 break-ins in the area.

According to the latest stats, which were updated on January 4, of the 79 recorded in the spreadsheet, only 57 percent or residents reported it to police. With no end to the destruction in sight, some locals feel like they're running out of options.

"It is frustrating but I know that [police] can't see into every driveway and back alley," said one resident, Mark Vedramini, whose car was broken into before Christmas.

"Even if they are caught they can't be held long. It is petty crime. They will be out doing it again in days."