SickKids is getting a huge upgrade over the next few years, and part of that makeover includes getting a colourful new 22-storey building complete with a cafe, library, and lots of natural light.

The new Patient Support Centre (PSC) has been given the go-ahead to replace the old 8-storey Elizabeth McMaster Building, which is already in the process of being demolished at the corner of Elm and Elizabeth streets.

Designed as the first phase of Project Horizon (a redevelopment project that plans to turn the children's hospital into a "re-imagined hospital of the future") the PSC will be much taller and far more aesthetically-pleasing than the McMaster building, which was built in 1983. 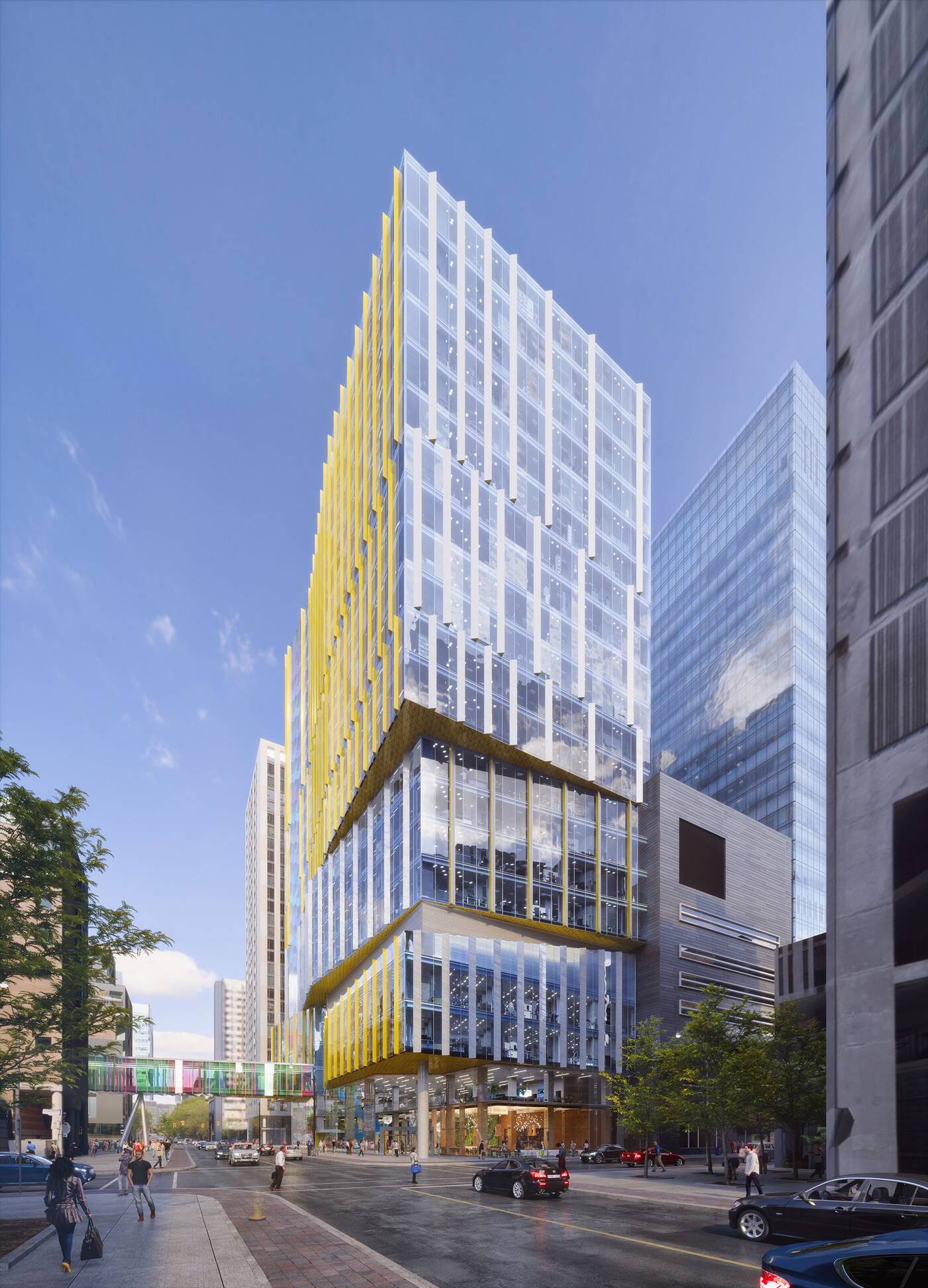 The B+H Artchitects-designed proposal features fins jutting out of the building, and a blue ribbon staircase encased in glass. Due to the nature of the undulating glass façade, those working inside the PSC will be treated to tons of natural light.

They'll also be able to look directly across to their colleagues in the Peter Gilgan Centre for Research and Learning (PGRCRL) building next door, or access the PGRCRL via an enclosed pedestrian bridge.

On the main floor are plans for a cafe and some retail space in the atrium, while up top, terraced green roofs are expected to be built in the final phases of construction.

The floor below is proposed to include spaces that are open to the public, including a library, simulation space, and conference centre.

Construction on the PSC is anticipated to start sometime late this year or early 2020, and completed by 2022.