For every one dollar of disposable income, the average Toronto resident now owes $2.08 to the bank, mortgage lender, credit card company or wherever else they've been borrowing from (*cough* OSAP).

This, according to the Canada Mortgage and Housing Corporation, puts the debt-to-income ratio for those living in Toronto at a whopping 208 per cent—the highest recorded ratio in the city during the same time period since 2015.

The CMHC, a federal crown corporation which assists in affordable housing development, just released its quarterly national report on Mortgage and Consumer Credit Trends for the second quarter of 2018.

Overall, the picture isn't terrible, with a mortgages accounting for the lion's share of debt nation wide (though "growth in outstanding credit card balances" did accelerate to its highest level in seven years during Q2). 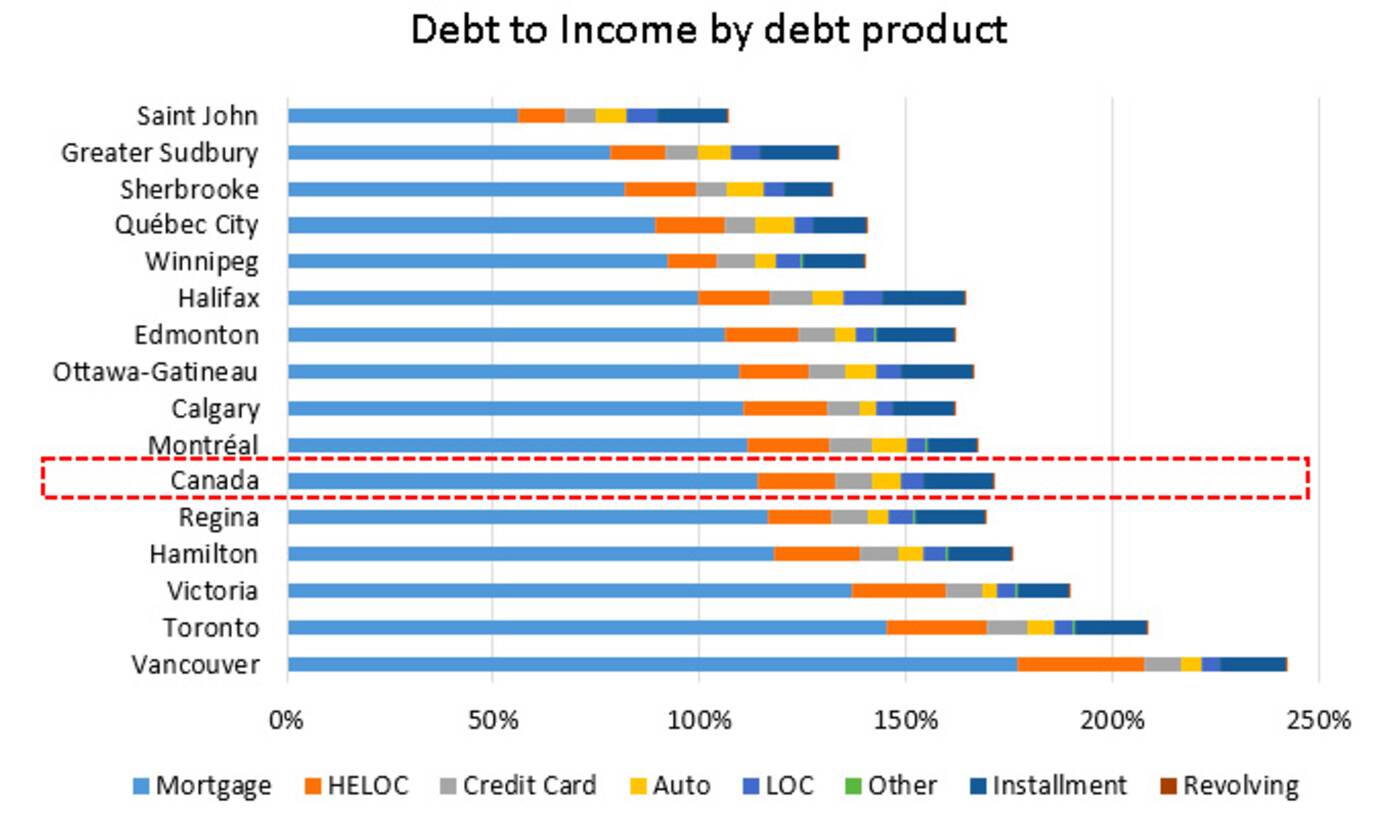 Data from Equifax, Statistics Canada and the Conference Board of Canada suggests that mortgages make up more than two thirds of all debt across the country. Image via CMHC.

What concerns the CMHC is how vulnerable people living in both of Canada's biggest cities are to increasing interest rates.

"With interest rates on the rise, highly indebted households could see their increased required payments exceed their budgets," reads a report released by the agency on Thursday.

"The increased debt payment burden may come at the cost of reduced consumption, decreased savings or opting to make lower repayments on principal amounts."

"Some households might even default on their loans if their incomes are not sufficient to cover higher expenses and credit charges," it warns, noting that such a trend could negatively impact other areas of the economy.

It's a scary picture, given that the Bank of Canada has already raised its key interest rate five times since last July. Another hike is expected in 2019, says the Canadian Press, which will only make existing debts even harder to pay off.