This Toronto street is now covered in giant santas

Inglewood Drive has transformed into Kringlewood once again.

There are now over 40 giant Santas lining this residential street in Moore Park, turning this quiet well-to-do area into the most festive street in the city. 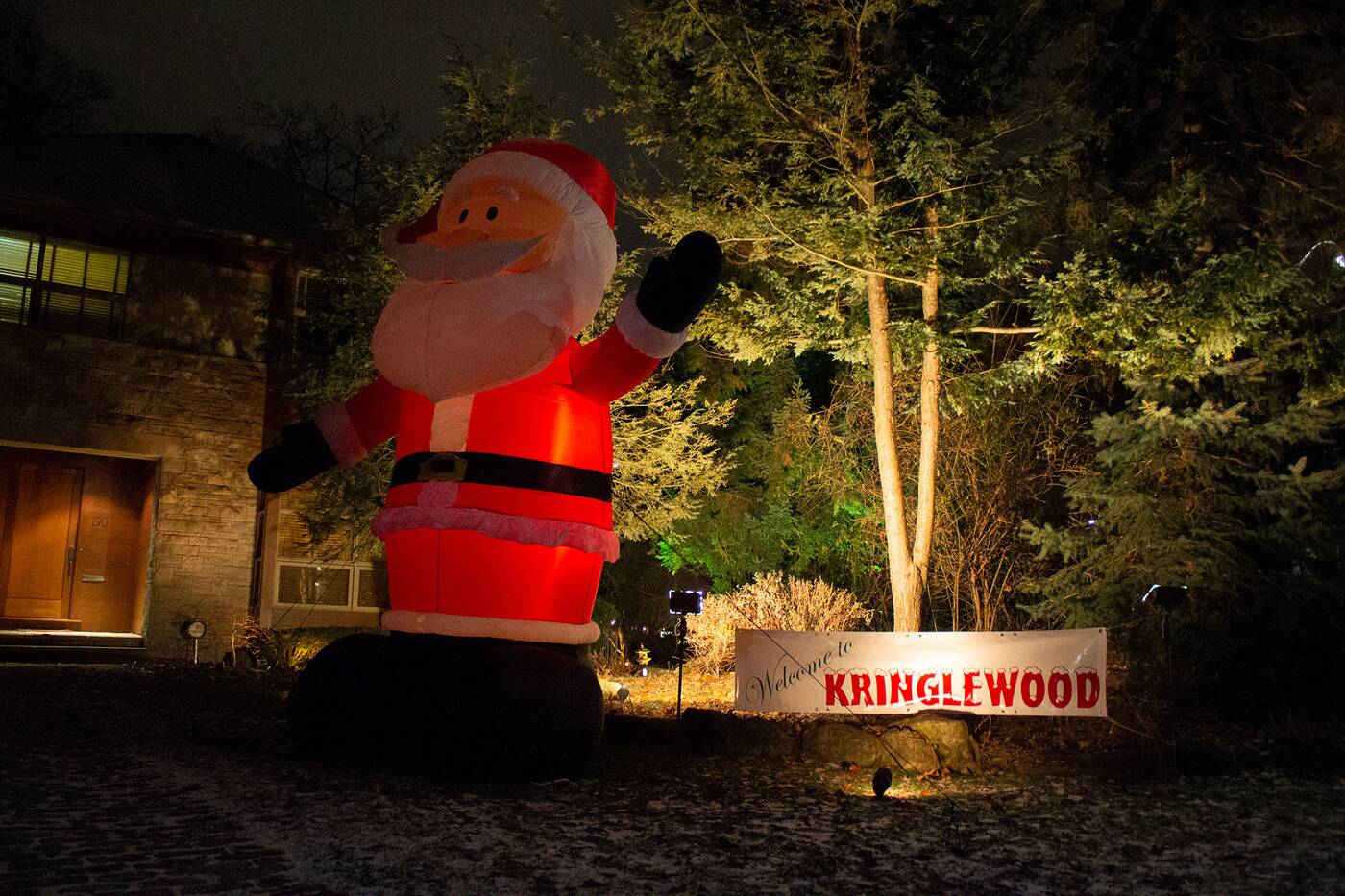 Each year since 2013, homeowners have participated in a sort of a cult-like Christmasfication of the neighbourhood by erecting 14-foot inflatable Kris Kringles on their front lawns. 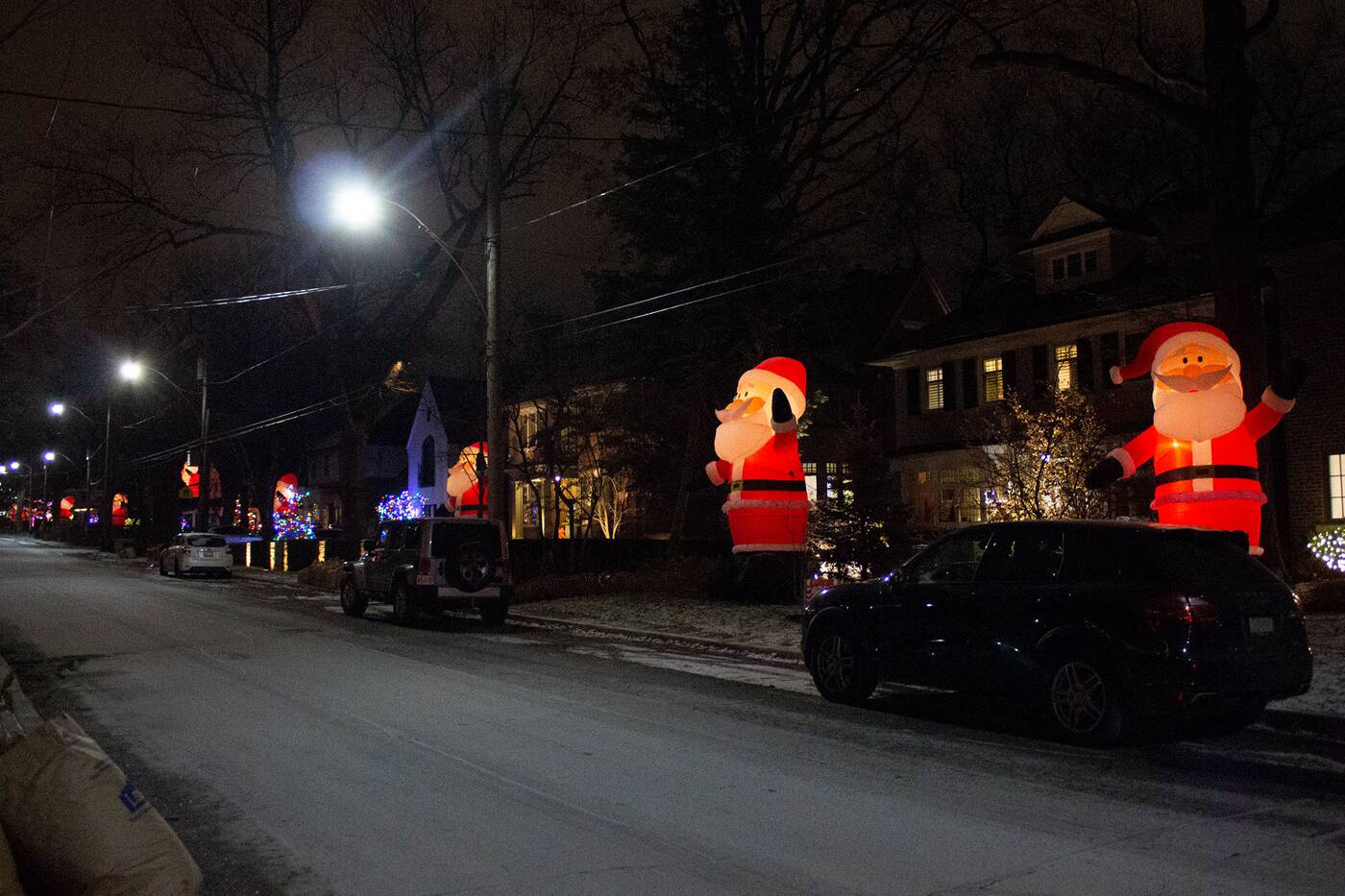 Nearly the entire street is lined with giant inflatable Santas.

What began as one resident's bold declaration of Christmas dedication turned into her neighbour's following suit. 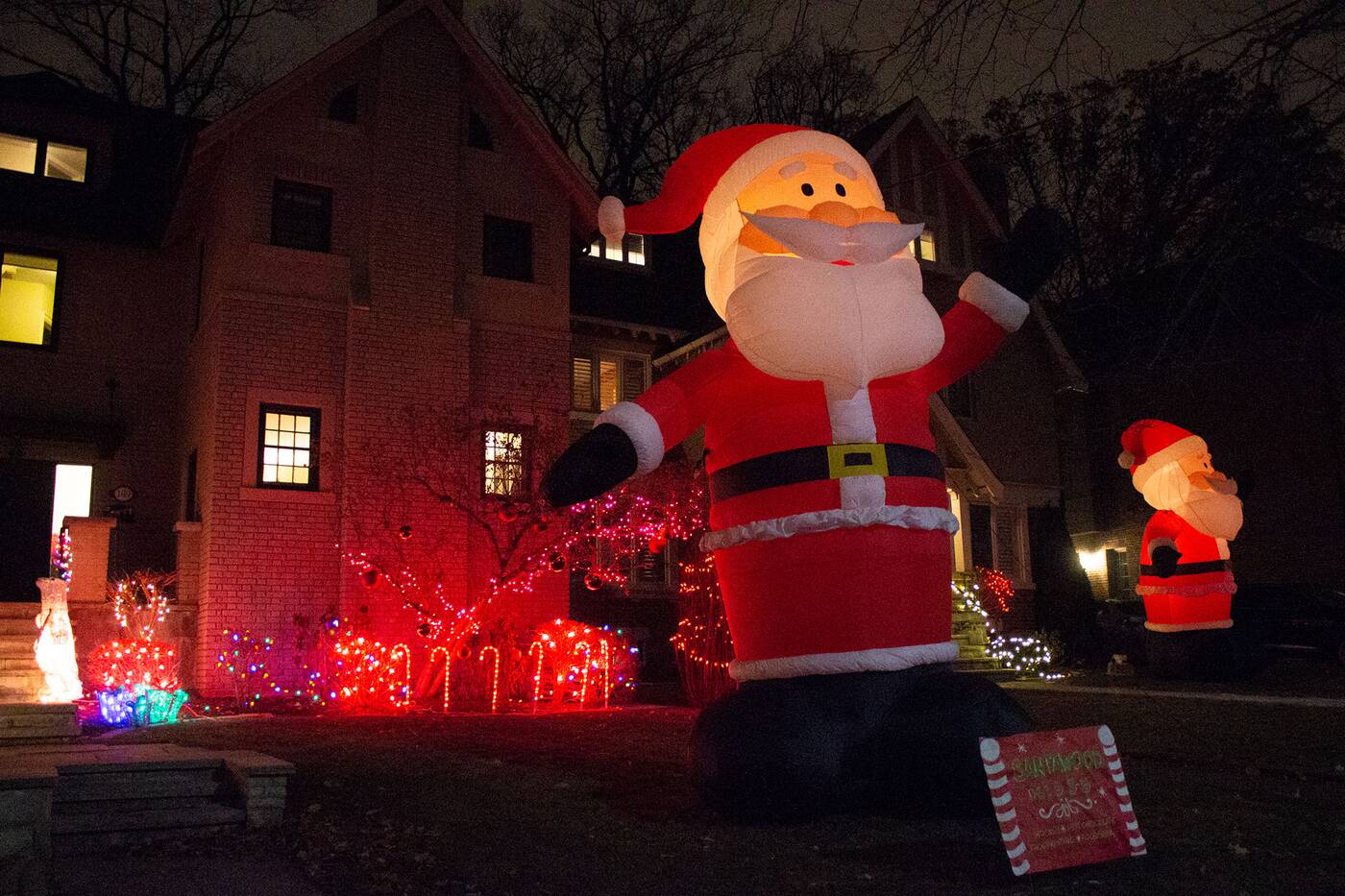 The tradition began in 2013, with one inflatable Santa from Canadian Tire.

Now, nearly the entire one-kilometre stretch of Inglewood Drive, from St. Clair East all the way to Rosedale Heights, has become a village of glowing $250 Airblown Santas from Canadian Tire.

As usual, the neighbourhood held an all-day street party where organizers collected donations for a local food bank. 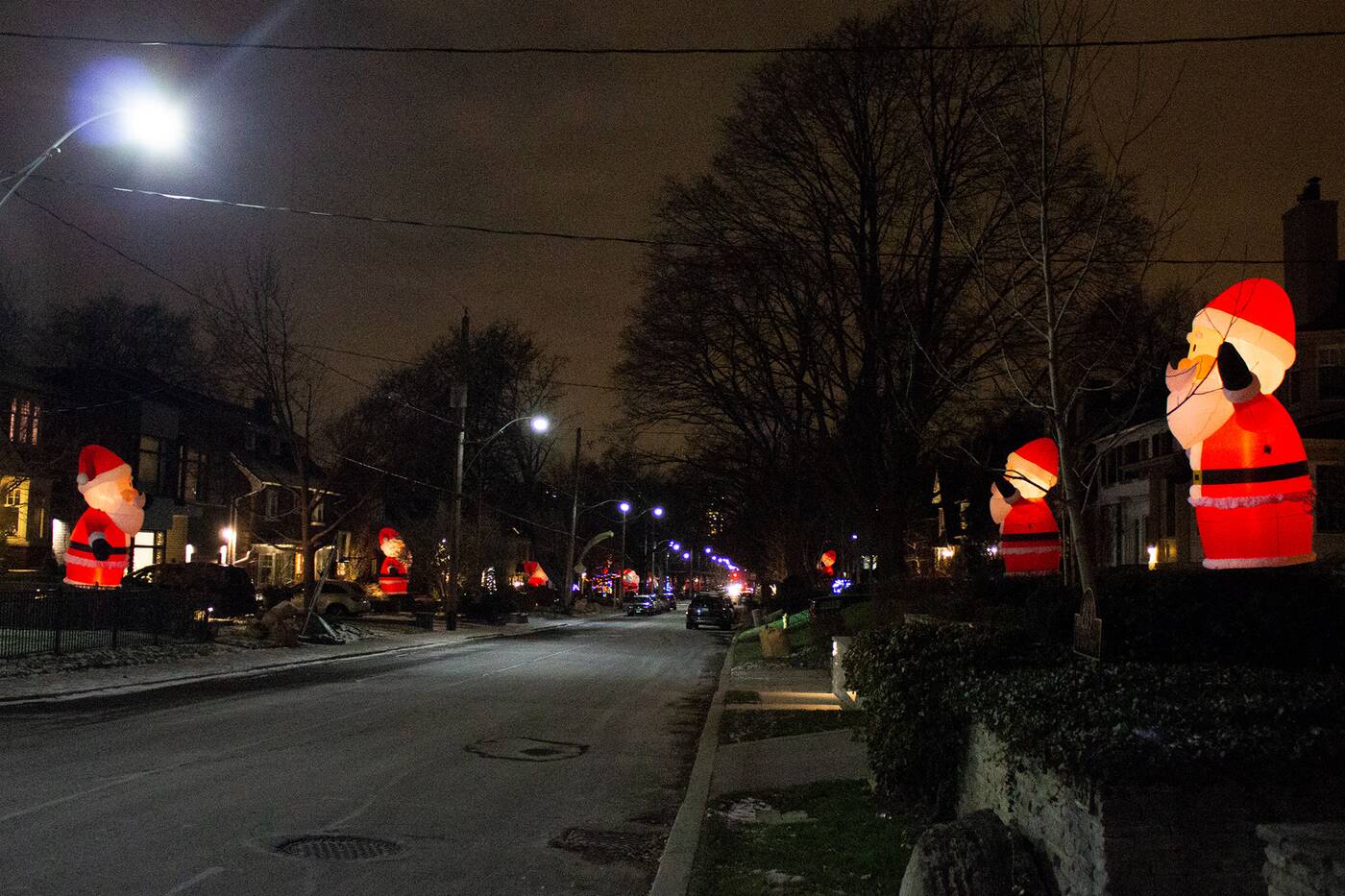