A beautiful barred owl in Toronto is thanking its lucky stars today (or, more likely, eating mice and stuff) after getting lost in the concrete jungle with no way to escape—and then being found by kindly humans.

"It had been there for a couple days, but was unable to find its way out," said Gates by phone on Monday, explaining that the large bird likely chased some prey down an Eaton Centre ramp and into the building. 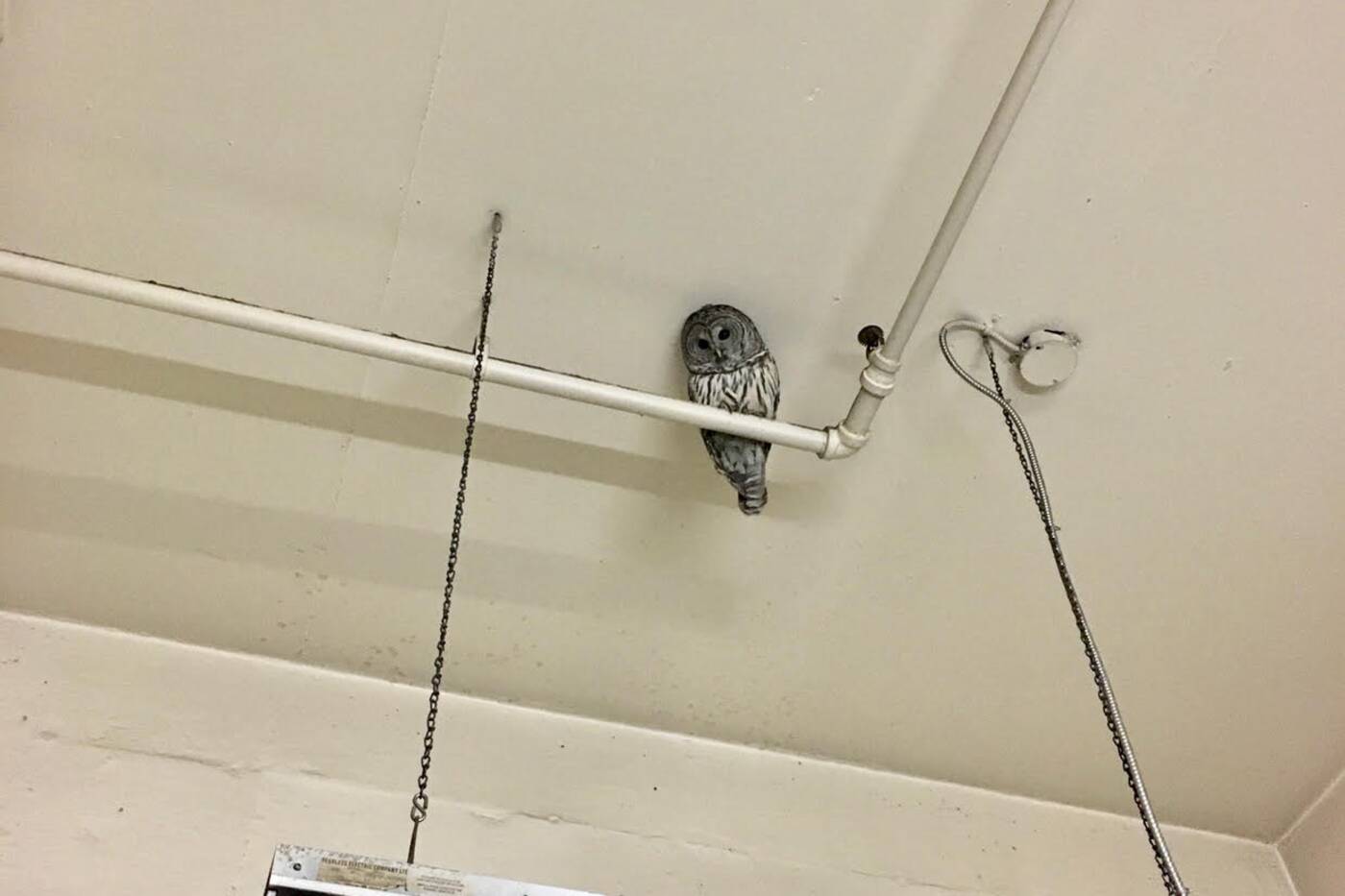 Nocturnal birds of prey like this barred owl are sometimes attracted to the city, what with its abundance of rodents to eat. Photo via Brad Gates.

Two technicians were sent to check out the situation and, after they corralled the owl into a smaller space and used a tarp to contain it, they were able to safely and gently capture it with a net.

Gates documented the process on Twitter, sharing photos today of the owl before, during and after its release.

I mean, it's not every day that a bird of prey gets trapped in the Eaton Centre. 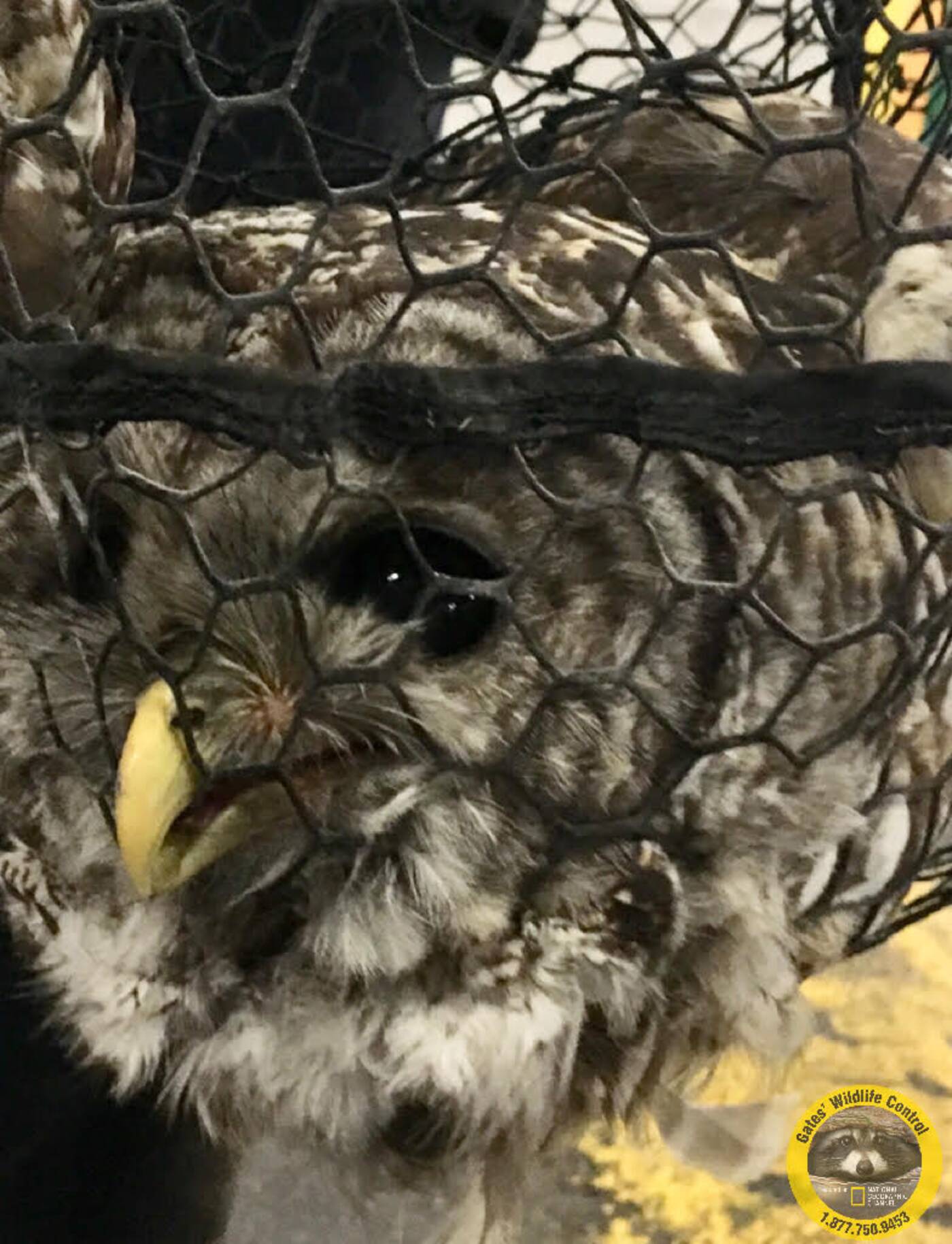 "Most often people are going to see them in a forested area," said Gates of barred owls, which are native to eastern North America.

That said, "It made sense that this owl and other owls have little pockets of habitat in the city," he said. "They go into the urban jungle because food is plentiful, like raccoons and squirrels."

Gates is quite familiar with the behaviour of raccoons, as his company often humanely removes them from attics, chimneys and decks of homes (then, after animal proofing the structure, release the raccoon families back at the same location.)

In fact, both raccoons and skunks have caused trouble at the Eaton Centre over the years (one of them, a very stinky problem). Owls, though, are less commonly in need of rescue.

"The only other owl we got called out to this year was a great horned owl baby," said Gates. "He tried to leave the nest and ended up on the ground, right before the ice storm in April."

With help from Pickering Animal Services, that owl was released back into a tree, just like the barred owl wildlife control professionals rescued last Tuesday. 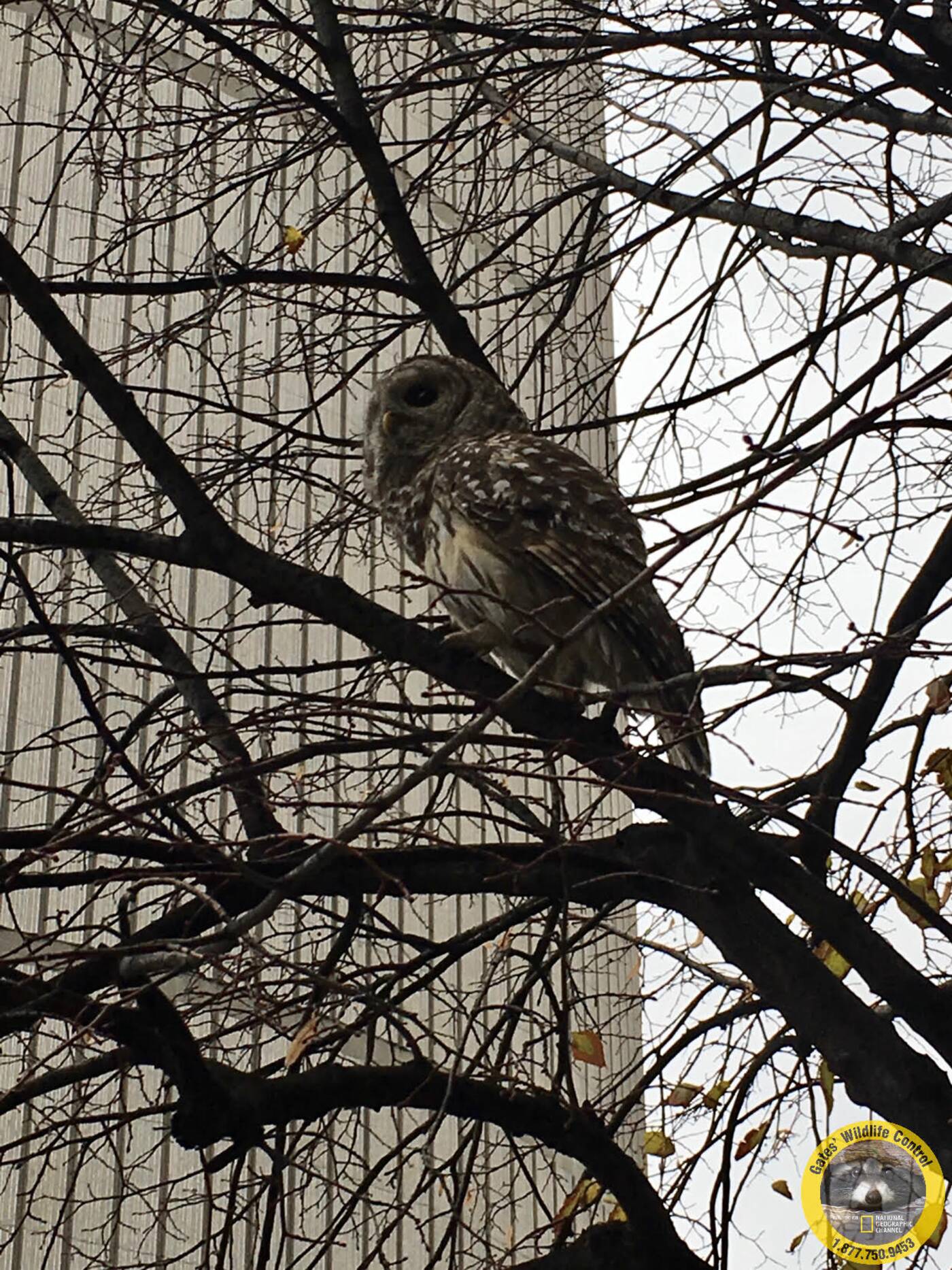 The owl was likely pleased to be back outdoors after getting trapped in an underground parking garage. Photo via Brad Gates.

"As soon as we opened up the net, it flew a short distance," said Gates of the Eaton Centre owl. "It quickly settled into a tree no worse for the wear.