Dating, hanging, chilling, seeing, catching a show, grabbing a bite, meeting up for coffee or drinks: Call it what you will, but don't call it cheap.

A new analysis of date night costs around the world suggests that a "typical" romantic outing in Canada will set you back $125 (if you're paying for the date, that is).

That's about $5 more than the average global cost of $120 CAD, based on a date consisting of a mid-range dinner for two, a shared bottle of wine, two cinema tickets, and an eight-kilometre taxi ride home.

In Toronto, however, the price tag for such an outing is pegged at $142 — though lets be real, most dates in this city involve more booze than "a shared bottle of wine." Two people could easily drop $142 on cocktails alone here over the course of an average date, or is that just everyone I've ever met? 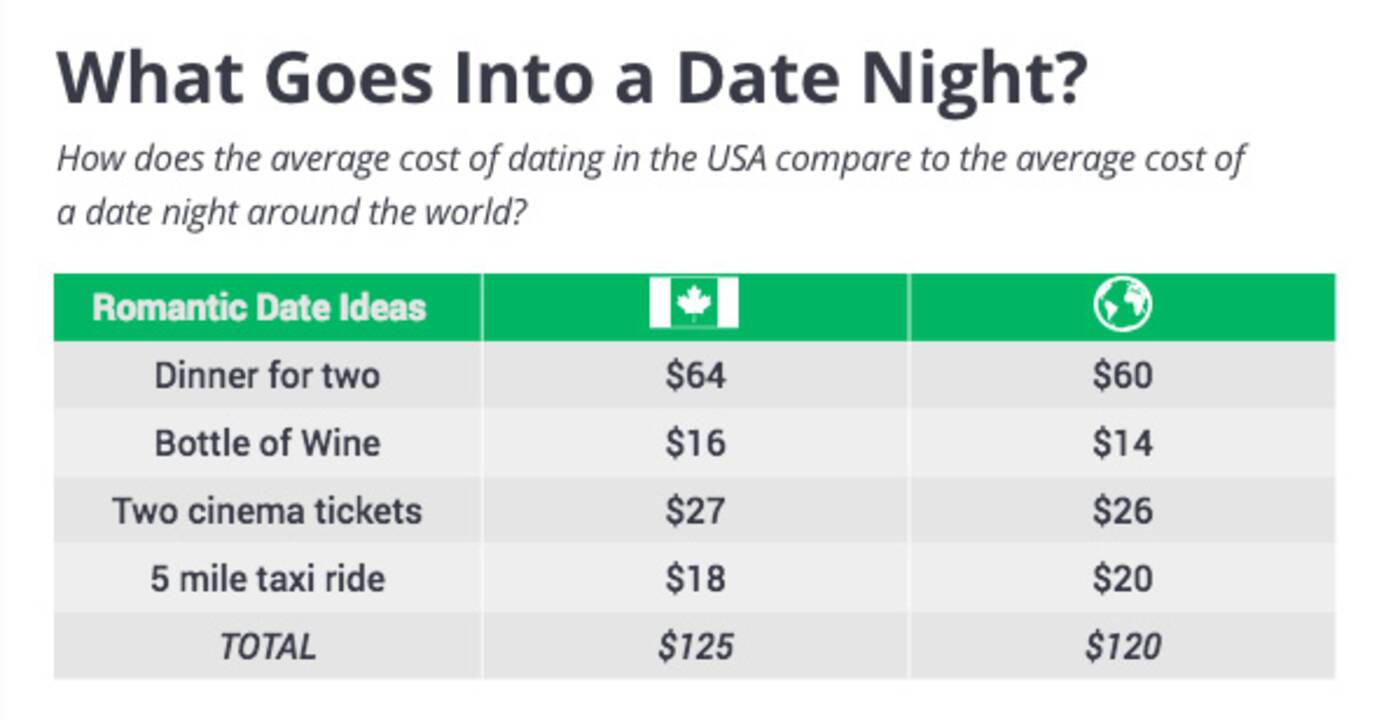 Romantic date ideas suggested by the dating site EliteSingles include 'bottle of wine' and 'taxi ride'. Image via EliteSingles.

The premium dating site EliteSingles now pegs Toronto as the 9th most expensive city in the world for dates, up two places over its spot in the ranking last year.

Vancouver is the only Canadian city in which people tend to spend more money on a single date at $149. Canada's cheapest city on the list is Winnipeg, where you can spend a night on the town for just $116.

Here's how 10 of the country's biggest cities measure up: 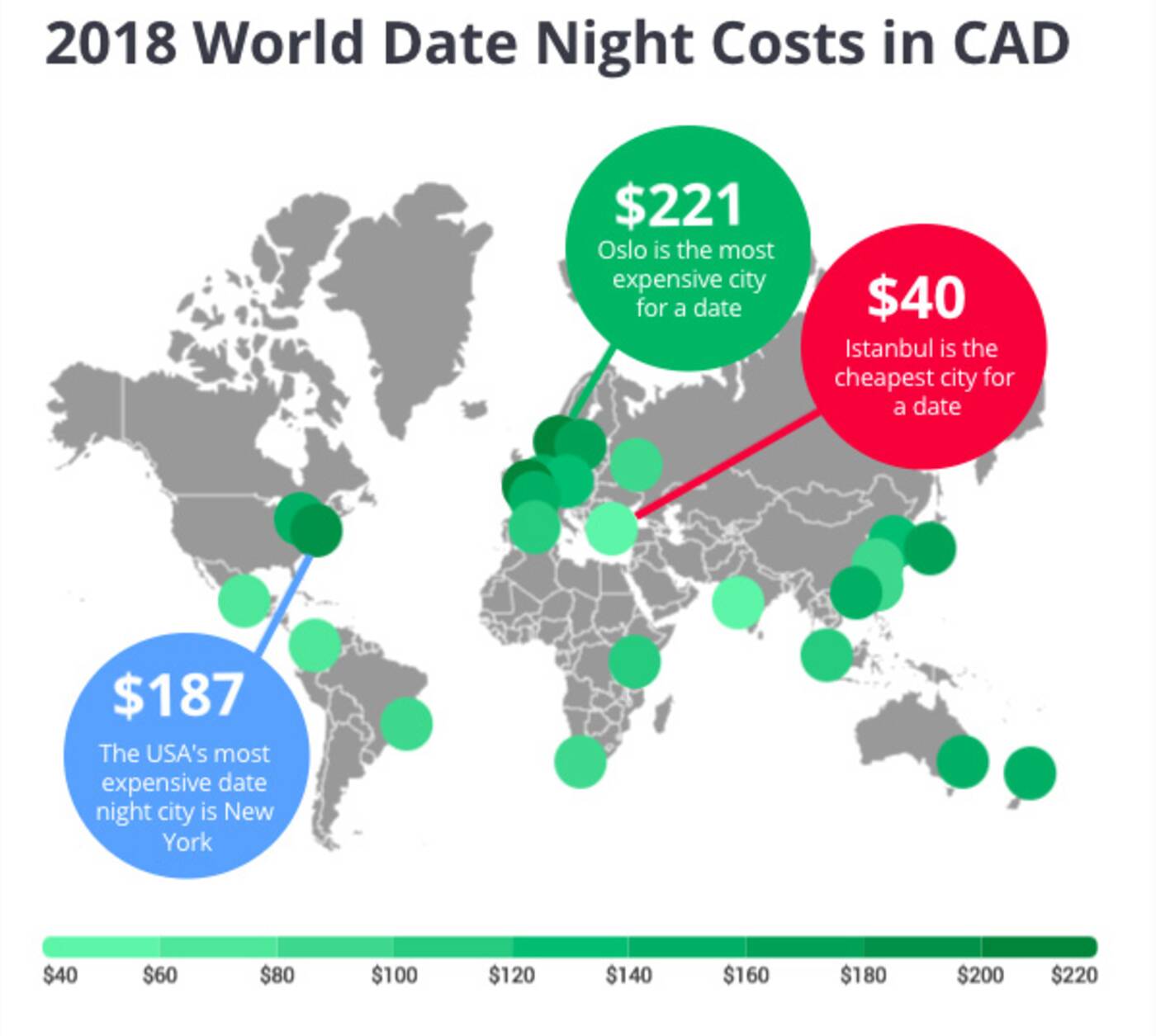 An average date in Istanbul will cost you just $40 CAD, plus approximately $1,400 per flight ticket from Toronto. Image via EliteSingles.

Istanbul, Turkey and Mumbai, India are the cheapest places on Earth to date at just $40 and $46 a night, respectively, according to EliteSingles.

Here's a full ranking of the 25 major global cities analyzed this year:

Budget accordingly, friends, because whether you're looking to find the love of your life or hoping to get down just for the night, you'll probably have to spend some cash.