Sherbourne Station just got a makeover

A little pop of colour has been added to Sherbourne Station, courtesy of over 450 locals who live nearby.

The Whole is Greater Than The Sum Of Its Parts (a.k.a. the Sherbourne Station Community Mosaic) is a series of 39 ceramic tile panels that can be seen throughout Sherbourne station, from the main entrance to the platforms and exits. 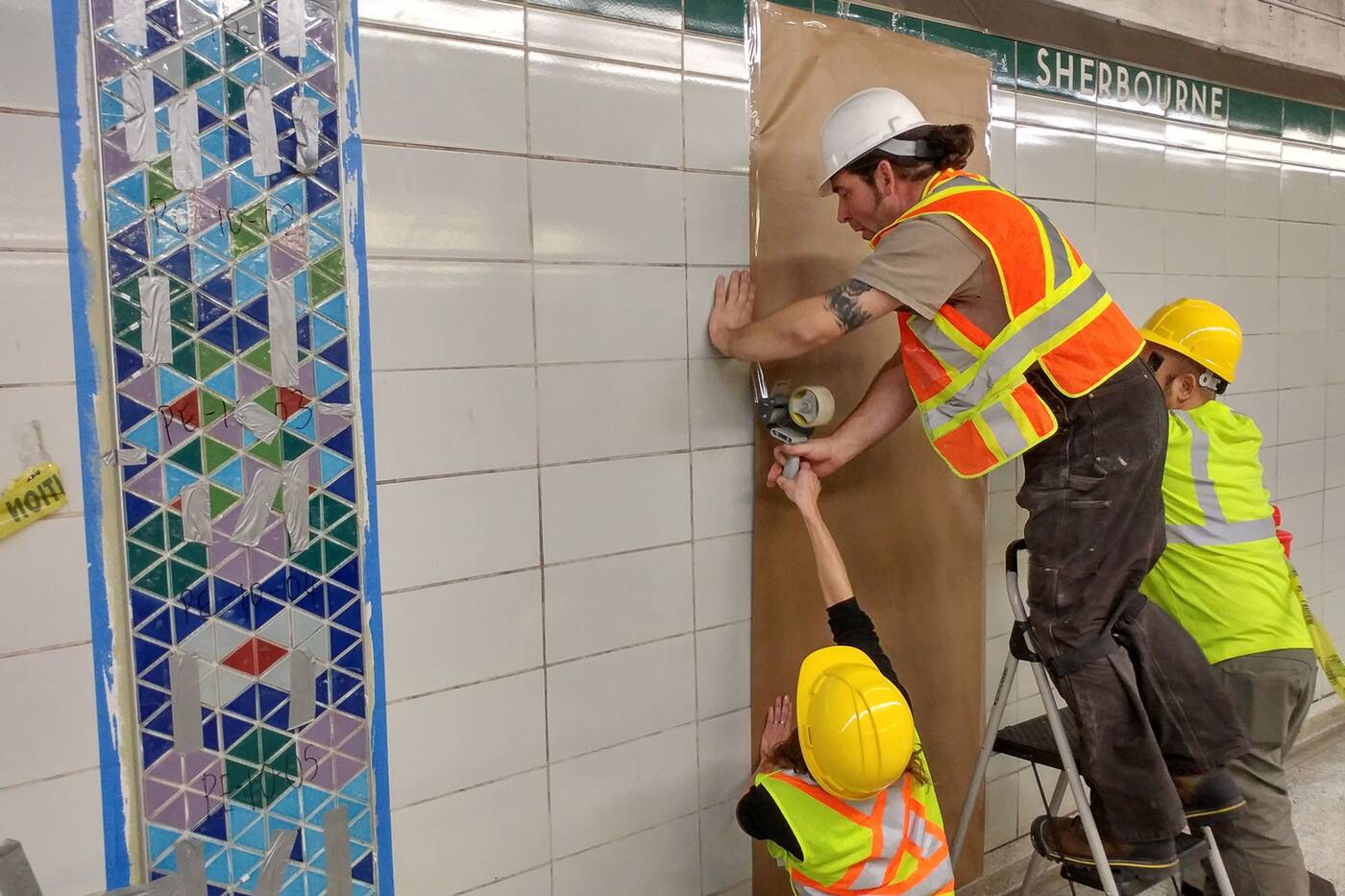 Works have spent the last two weeks putting up the mosaics around Sherbourne Station. Photo courtesy of Rebecca Bayer.

Commissioned by the TTC as part of the Easier Access and Second Exit Program, the panels are made up over 700 triangle patterns created by Sherbourne-area locals at the Toronto Library's St. James Town branch.

Led by artists Rebecca Bayer and David Gregory, contributors ranged from kindergarteners to senior citizens, and more than 450 people participated in a series of 24 pattern-making workshops held between March and April of this year.

Workers erected the pieces of art over a period of two weeks in the wee hours of the morning, between 2 a.m. and 5 a.m., so as not to disrupt the station's regular operating hours.