The full results from the Toronto municipal election

The Toronto election results are now in. The 2018 municipal election is over, and with it comes a brand new 25-seat council, down from 47 thanks to the province's controversial cuts.

Here are the results for every ward, plus the winner of the shiny mayor's seat, in Toronto's 2018 municipal election.

It seems this time the polls were right, as John Tory was able to hang on to his mayoral seat. He defeated Jennifer Keesmaat, who ran a fierce campaign against her old boss. 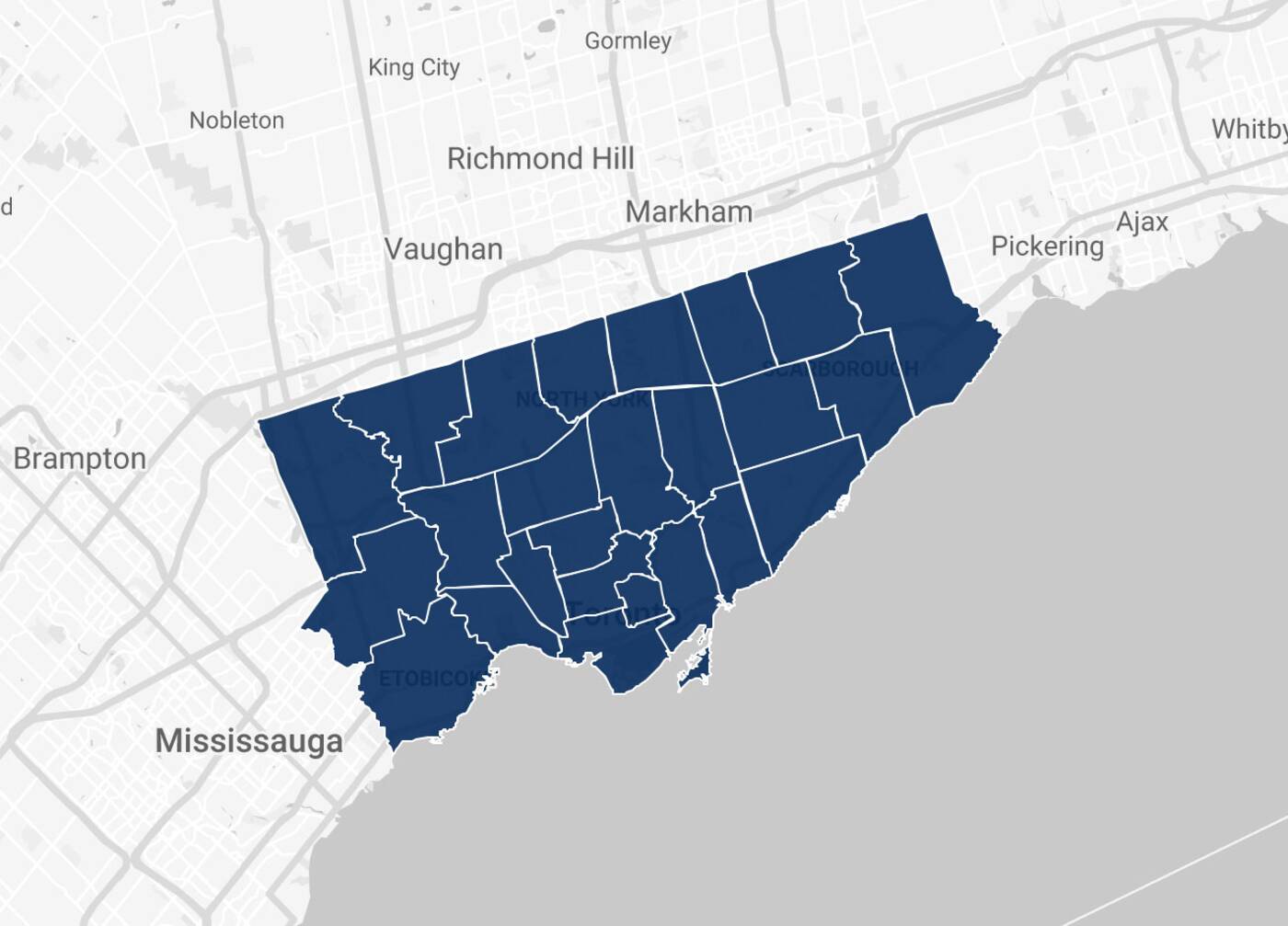 Tory took about 63 per cent of the vote, while Keesmaat took a fair 23 per cent. The two had battled passionately throughout the campaign, but the incumbency of Tory remained as he dusts off his old seat.

This race has probably made incumbent Vincent Crisanti a little bitter. He is a loyal Doug Ford ally, losing his post as deputy mayor after backing the Premier's mayoral campaign, and he lost the race last night to Ford's nephew, Michael Ford.

One of the many wards with two incumbents facing off, this race went to fiscal conservative Stephen Holyday over colleague John Campbell.

It seems corruption investigations and union-busting allegations can't keep Mark Grimes down, as voters in this ward decided to hand him another term, turning away challengers Pamela Gough and Amber Morley.

No surprises here as Gord Perks resumes his seat in a ward that has long favoured him. Those who watch closely did not see this race going any other way.

This was a close race―and one to watch. Incumbents Frances Nunziata and Frank Di Giorgio were head-to-head in the polls, followed very closely by progressive challenger Chiara Padovani. Ol' Nunzie took this one, so you'll be seeing her as council's no-nonsense speaker for another term.

With another incumbent versus incumbent race in this ward, it was one where someone had to pack up their city hall office. The person packing this time is Maria Augimeri, who was narrowly defeated by James Pasternak.

Probably one of the most exciting races to watch, a four-way battle between Giorgio Mammoliti, Anthony Perruzza, Tiffany Ford, and Deanne Sgro saw Perruzza take it home. This means, however, that Mammo is finally off council (a celebration for many).

It was an easy and breezy win for Ana Bailao after her former colleague, Cesar Palacio, dropped out of the race. Taking home the largest share of any ward, Bailao won with a whopping 83 per cent.

Another unsurprising result in this ward as Mike Layton won his third term on council. His landslide victory saw a 70 per cent share of the votes, leaving opponents in the dust.

Many considered this the race to watch, as two titans on city hall, Joe Mihevc and Josh Matlow, went head to head. At the close, Matlow was able to pull ahead and secure his spot, leaving long-time councillor Mihevc behind.

A heartbreaking race for many, this ward saw long-time friends and council faves Paula Fletcher and Mary Fragedakis struggle to campaign against each other. In the end, Fletcher took the seat, continuing her 15-year run on council for another term.

Another of the races with two incumbents, this one went to Jaye Robinson. She's been on council since 2014, and swept into victory over her former colleague, Jon Burnside.

Denzil Minnan-Wong returned to this race after a failed bid as MPP in the provincial election. He took this council seat with an easy 46 per cent of the vote.

This race saw former city councillor Shelley Carroll jump back in to municipal politics after an unsuccessful run for Liberal MPP. She coasted back into her old seat last night.

Incumbent John Filion backed out of this race and endorsed Lily Cheng, but jumped back in and defeated her once the council cuts by Doug Ford were announced. This will continue his long career on council, being elected first in 1991.

Two incumbents, Janet Davis and Mary Margaret-McMahon, stepped down to leave this as an open race. Facing off against Matthew Kellway, a former NDP MP, Brad Bradford used his mayoral endorsement to take home the win.

The race in this ward was an absolute nail-biter. Gary Crawford and Michelle Holland-Berardinetti were elected at the same time eight years ago, and faced off against each other this time. It came down to less than one per cent of the vote, but Crawford was able to cinch a victory.

Quickly grabbing a fifth term in this ward is Michael Thompson, who easily won after fellow councillor Glenn De Baeremaeker pulled out of the race.

In this open race with no incumbent, several names battled it out. The victor was Cynthia Lai, a community activist, who narrowly defeated her group of challengers.

Paul Ainslie, the incumbent, swept back into his seat with an easy victory over his opponents.

This race is one of only four with a new face. Jennifer McKelvie, an environmental scientist, narrowly defeated incumbent Neethan Shan by only 154 votes, taking home this Scarborough ward.

For full results on every race, including school trustees and more, visit the Toronto Elections website.