New-look safety barriers on the street at TIFF this year

A new form of security has appeared on the TIFF grounds, in the form of a strange row of triangular plastic.

Labelled "Rapid Deploy Vehicle Barrier," the safety-yellow strip is meant to be a security measure against a potential vehicular attack, like the one seen on Yonge Street earlier this year that killed 10 and injured 16.

The barricade is only located at the northwest corner of King and University, and is the only one. The rest of the TIFF Street Festival is lined with the typical concrete barriers and fences (and security guards, and police).

It appears the object is shaped in a way that prevents someone from driving over it, as it would get lodged into the bottom of the vehicle. 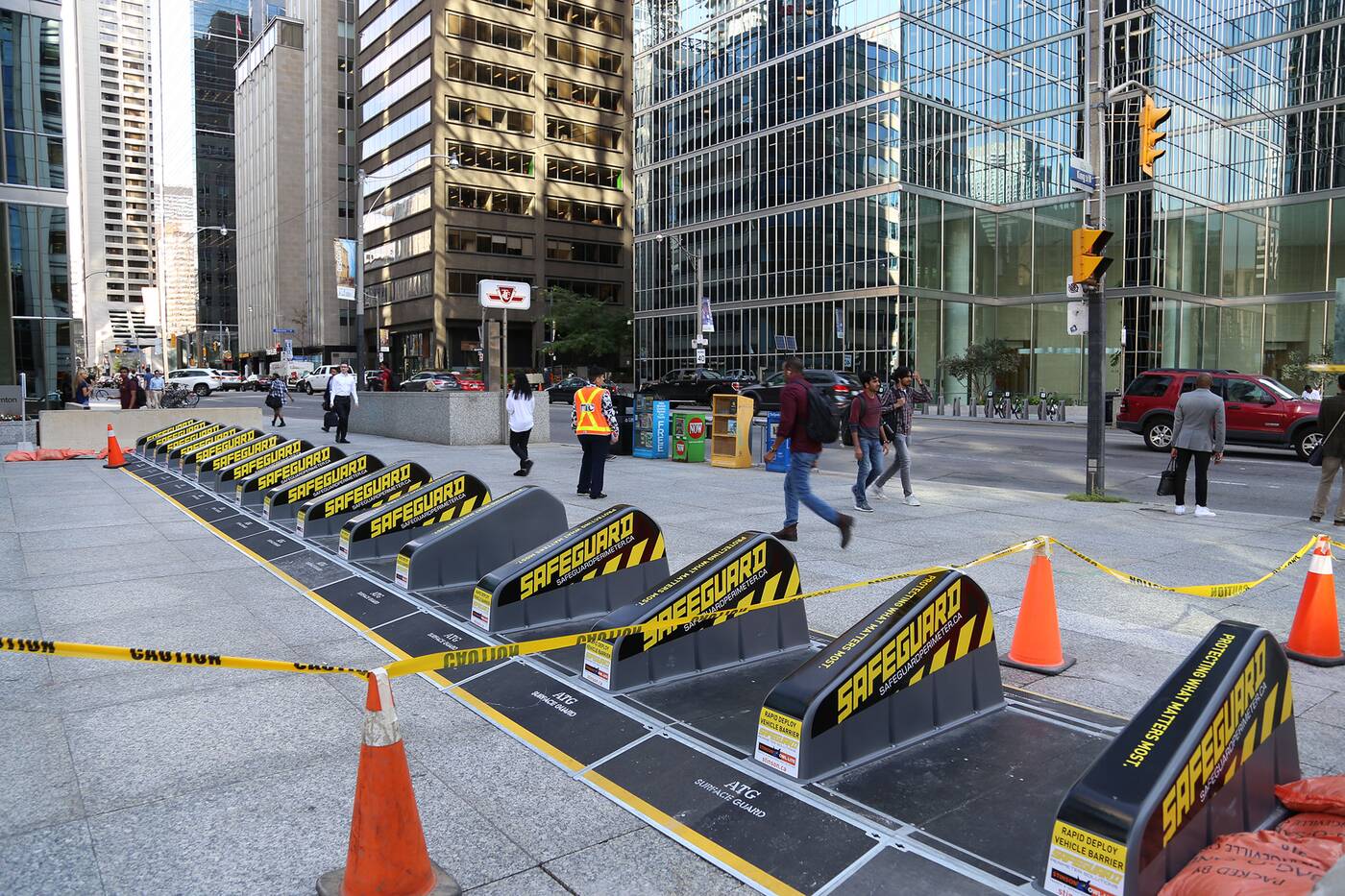 Hopefully TIFF will be a celebration of film and all things that film makes great, and there is no cause for concern. If there is, however, it's good to see new measures being taken for film-goer safety.