It's the end of an era for a certain type of media in Toronto this week as NOW Magazine announces the discontinuation of its famous "back pages" for sex ads.

"NOW will always be sex positive and shameless in our support for sexual choice and the rights of sex workers," writes editor and publisher Alice Klein in a letter to readers on September 6.

"But this week marks a major change for how we do that in our print publication."

NOW Editor/Publisher Alice Klein's statement in the September 6 issue of the ALT weekly.

Klein goes on to say that sex ads will no longer run in the back of the free weekly newspaper after decades of proving "of interest to some" and "challenging for many others."

Ads promoting sexual services will still appear on the publication's website, however, in an 18+ adult directory with "detailed listings, pictures and more."

This isn't the first time NOW's back pages have made headlines, either. The magazine was pressured by some to pull its sex ads in 2012 after New York's similarly formatted alt-weekly, The Village Voice, was accused of serving as a forum for the sex trafficking of under-age girls.

In 2014, NOW openly defied a newly-created federal law that banned advertising for sex services in Canada. The publication called the legislation discriminatory against sex workers and vowed to continue running its ads — which it did, until today. 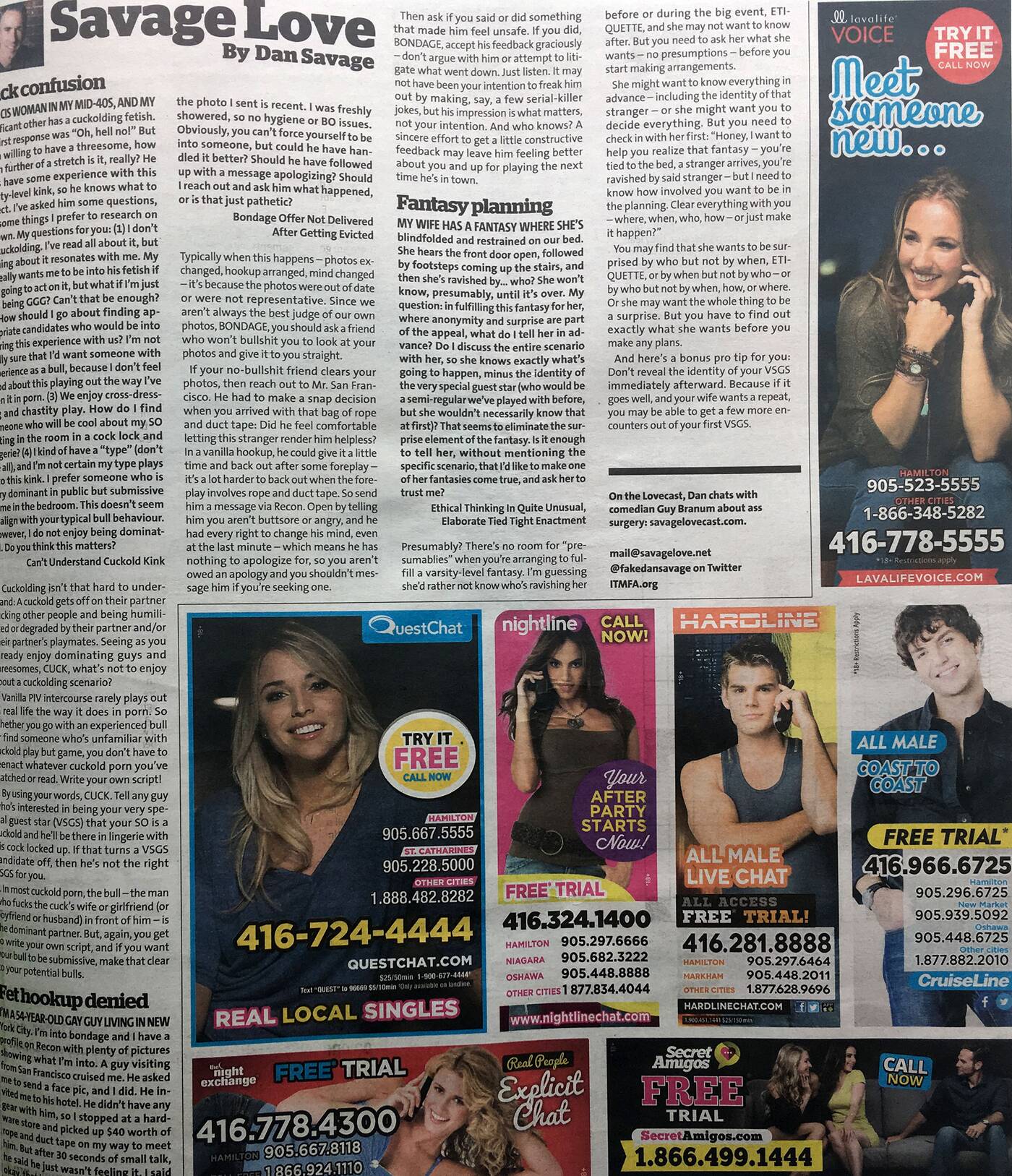 The inside back page as it looks in the latest September 6 issue of NOW Magazine.

"Denying sex workers their right to advertise when few publications would allow it was not an option for us," wrote Klein in her letter published today, nothing that NOW’s advertising policy was created to be "sex positive, non-judgmental and helpful in creating safer working conditions for marginalized women and men."

"But the digital world now offers a robust marketplace for sex workers," she concluded. "We thank our clients and look forward to helping with this transition."