The latest designs show Toronto's most disputed subway project with glass canopies, a 28-bay bus station, and a green roof.

The subway station will stretch 400 metres from its entrance at McCowan Road to its western entrance past the Scarborough Town Centre. It'll take about five minutes to get from one end to another. 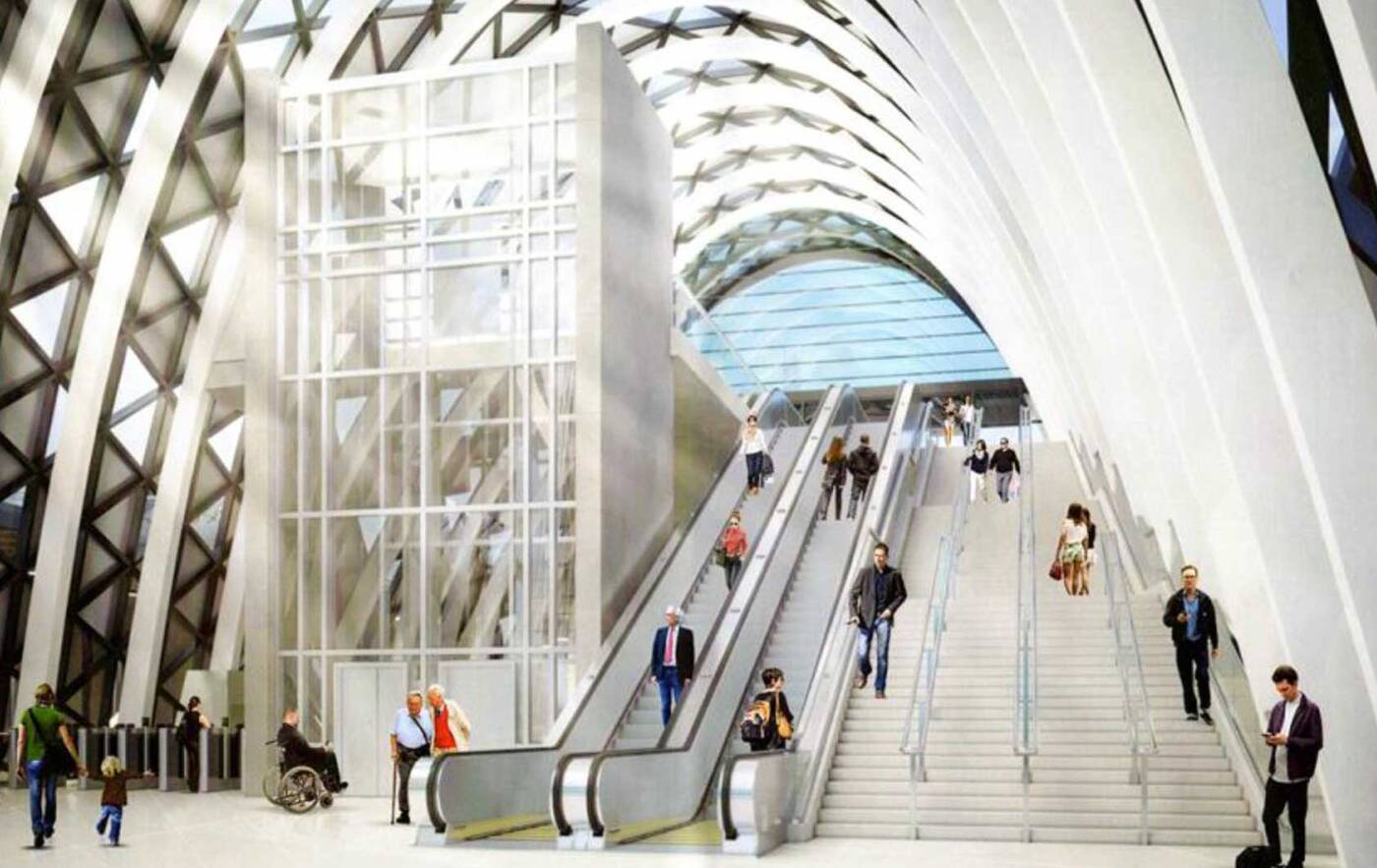 Escalators lead commuters down from the McCowan entrance to the subway.

By the Borough Drive entrance will be a public plaza which helps to  connects the two areas of the eastern glass canopies together.

Escalators will take commuters from ground level down into the station from the McCowan entrance. From there, they can either continue one level lower to access the subways or continue across the to access the bus terminals on the other end.

The concrete bus station will be massive, holding 28 routes as well as the new terminus to the Bloor-Danforth line. 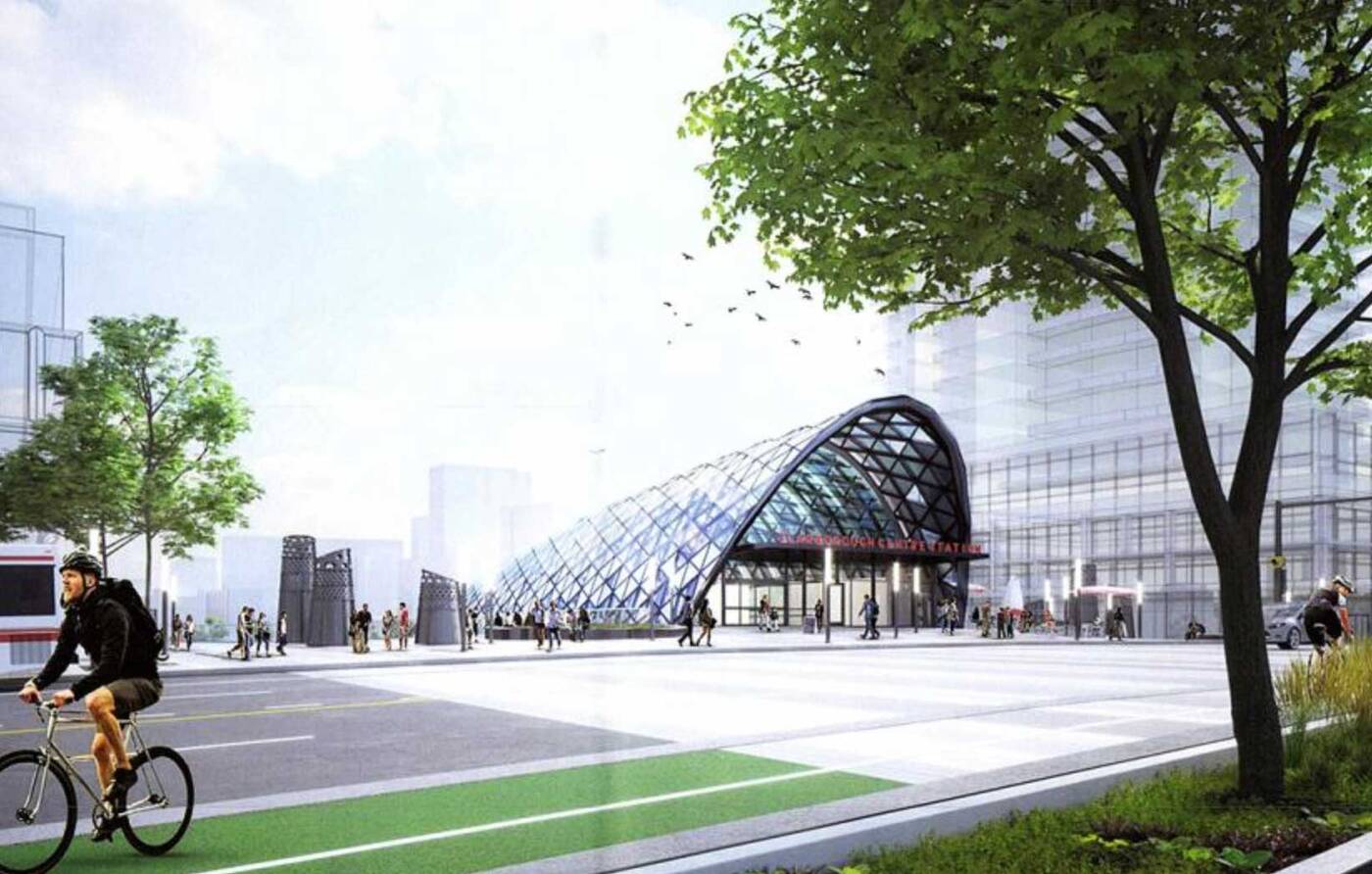 Glass canopies will cover the two main entrances to the station.

People haven't been too keen about the whole project since city council revised the extension plan from seven stops to one. Now we'll have to wait to see who wins the mayoral race in October to see once and for all if this thing is really happening.