Doug Ford's recent shake up of Ontario's sex-ed curriculum isn't sitting well with a lot of people in Toronto as many have taken to Queen's Park to protest the changes.

The park has become ground zero for protests of the new provincial government's decision to temporarily replace the 2015 sex-ed curriculum with the 1998 version.

Saturday saw over 150 people show up to rally against the curriculum changes and to air out a laundry list of grievances Ford's cabinet has incited since taking office late last month.

And that's not all. More protests are planned in Toronto for later this week.

Something called a Queen's Park Sex-Ed Class is set to take place on Thursday where organizers will be reading the current curriculum out loud.

And Women's March Canada is also planning to protest the changes with a March for Education that is meant to challenge the "unprecedented assault on students' right to a fair and up to date education." 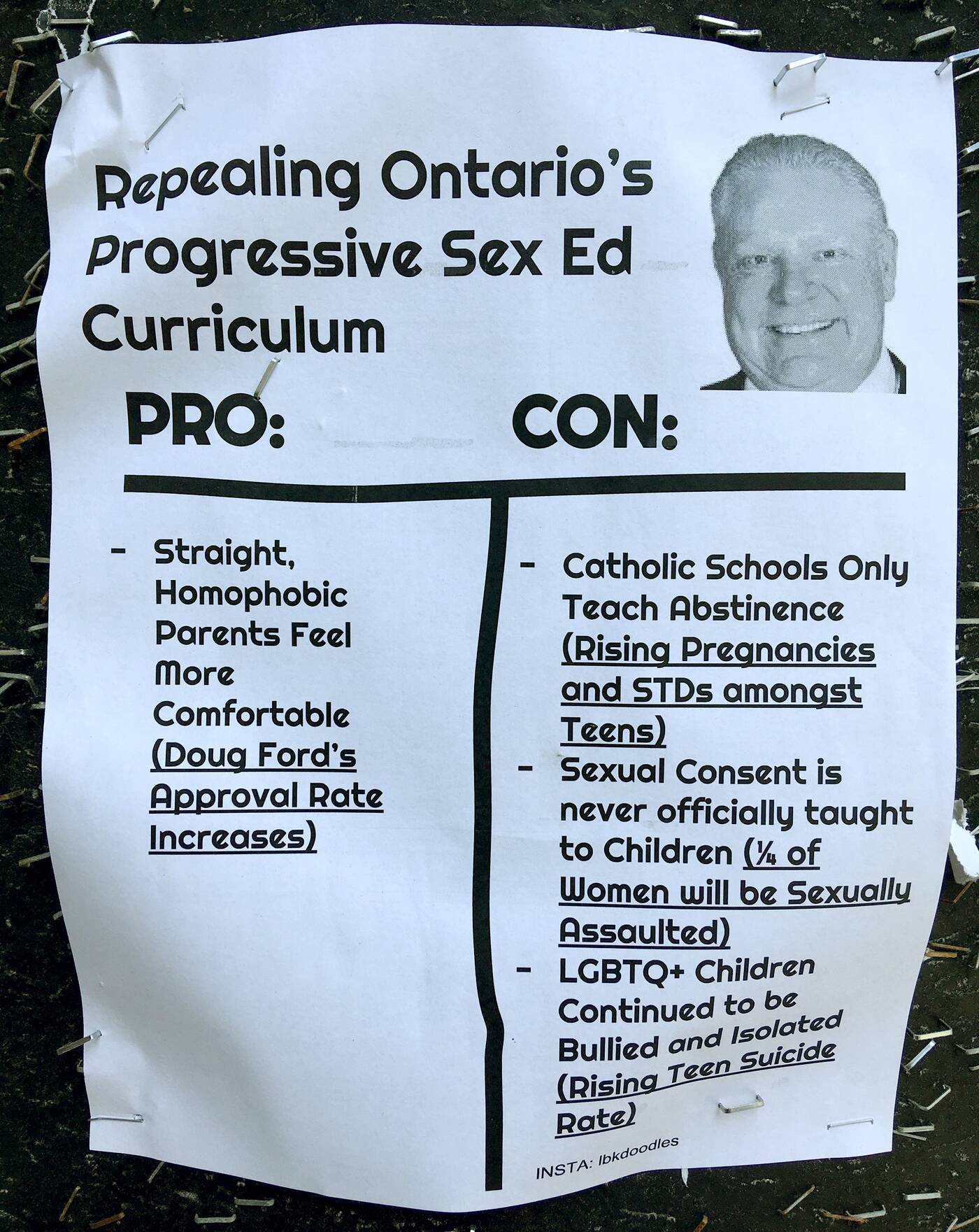 Posters such as this one have been spotted in downtown Toronto. Photo by blogTO.

Elsewhere, posters have surfaced on public notice boards in downtown Toronto decrying the anti-LGBTQ+ sentiment associated with the curriculum repeal.

And if that's not enough, petitions like this one have been circulating around the internet calling for the Ontario government to reverse their decision.

One of the main concerns with the 1998 sex-ed curriculum is that it does not cover topics such as same-sex marriage, consent and cyberbullying.