One of the city's two most-frequented bike paths could be changing in a major way, according to a proposal that will soon be up for public consultation.

The City of Toronto will be hosting what it calls a "drop-in event" on June 25 to introduce an infrastructure plan that would see the existing separated cycle tracks on Adelaide Street move from the right (south) side to the left (north) side.

Being that Adelaide only goes one way — eastbound — this is totally feasible, and city officials have some pretty solid reasons for wanting to make the switch.

First off, the city says that there are "gaps" in the cycle tracks at commercial loading zones and TTC stops. Anyone who's traveled by bike behind a TTC bus on Adelaide will understand exactly what this means, and exactly how bad the problem can sometimes get.

In addition to filling in these service gaps, a new left-side cycle track configuration would eliminate the need for cyclists to merge with car traffic over streetcar tracks between York Street and Yonge Street. 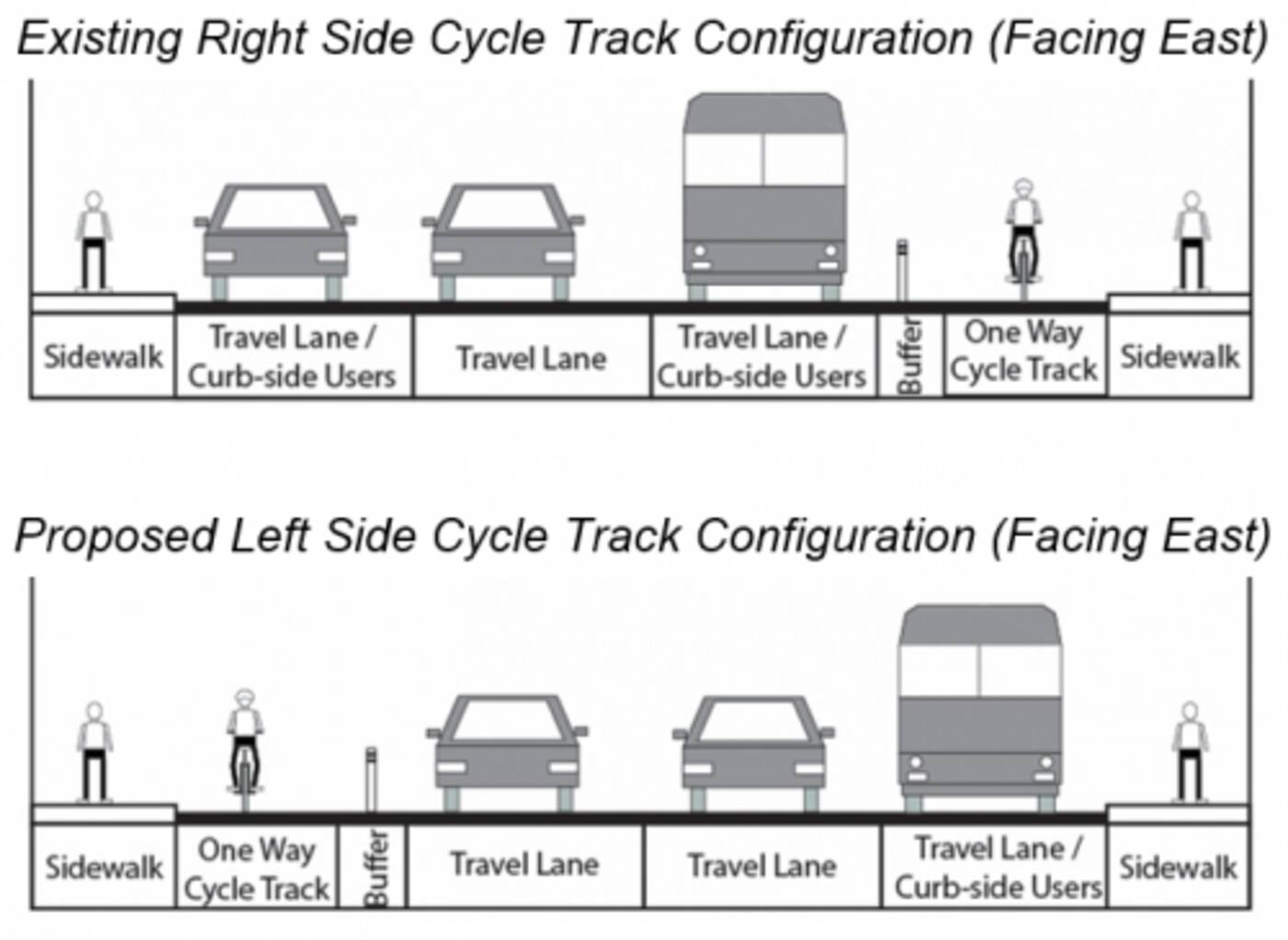 If approved by City Council, the bike lanes on Adelaide will move to the north side of the street between Bathurst and Parliament. Image via City of Toronto.

"While this would be the first left side bike lane in Toronto," reads the City of Toronto's website, "left side bike lanes can be found in many cities including Hamilton, Boston, New York, Chicago, and Philadelphia."

Not much would change in terms of parking spaces and loading docks; they'd simply be moved to the other side of the street. The number of traffic lanes is expected to remain the same.

If approved by City Council, the configuration change "would not be scheduled until after 2018, including engagement with adjacent property managers prior to implementation."

As it stands now, the popular Richmond-Adelaide Cycle Tracks aren't even technically permanent. They were installed in 2014 as part of a pilot project and are still being "monitored and evaluated" before City Council decides if they will live on for good.