Residents of a downtown Toronto community are on the lookout for a man they believe has been defecating on their lawns, sidewalks, and in the playground of a local elementary school.

No less than 15 flyers have been posted around Soho Square (the townhouses just north of Queen West and Peter streets) to warn locals about the alleged serial pooper and his method of attack.

"Please be aware that this man is defecating publicly in the neighbourhood early in the morning," it reads. "There are local facilities for him to do his business in, and for the health and safety of everyone he must be stopped!" 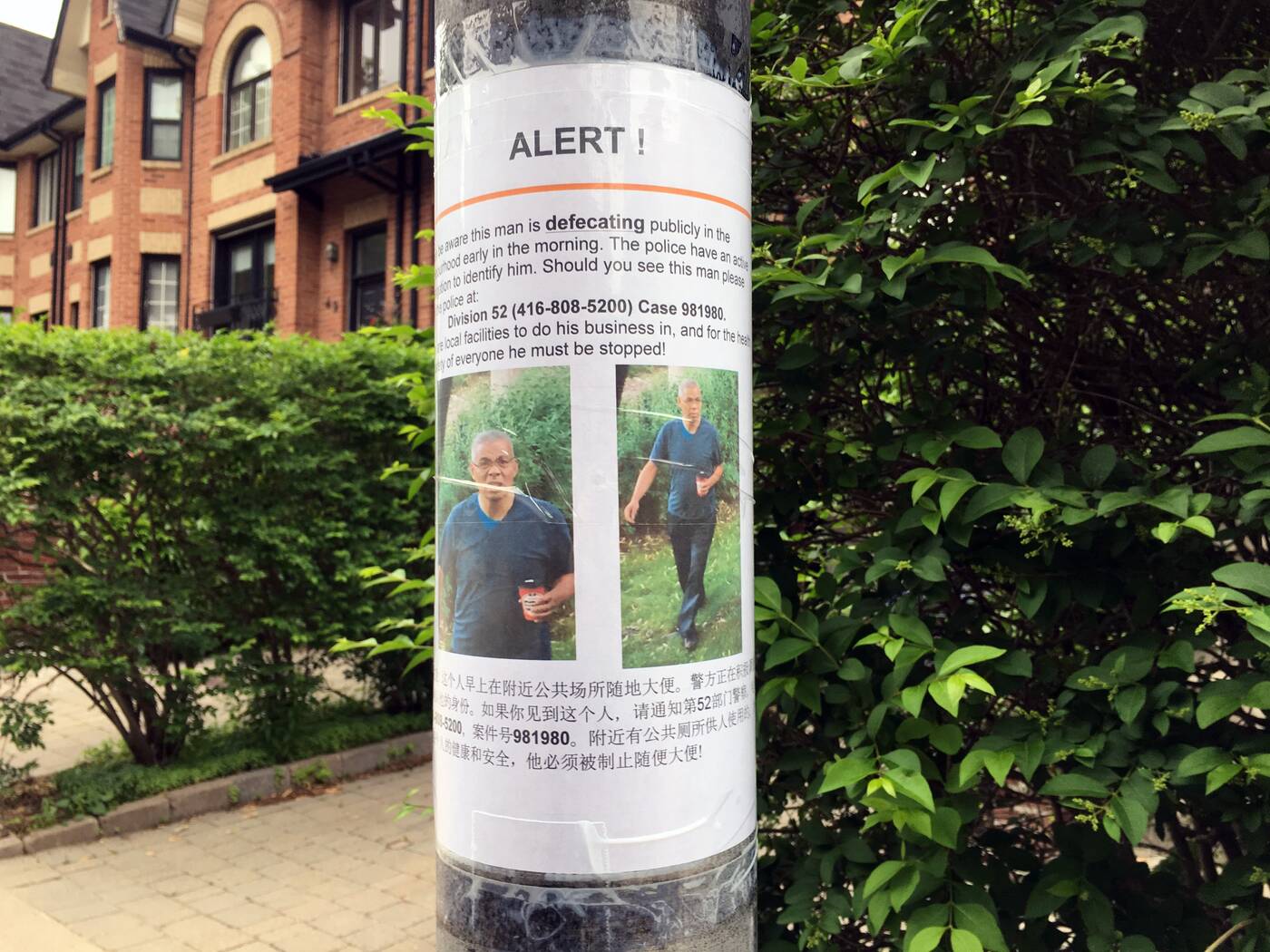 Toronto Police are currently investigating reports of the man's behaviour, which is said to include pooping in peoples' gardens.

The posters include two photos of the man in question. He is carrying a Tim Horton's coffee cup in both and appears relatively clean cut, with closely cropped hair, black slacks and eyeglasses.

One resident of the neighbourhood told the Toronto Sun this week that the man had been spotted publicly defecating at least six times, and that security camera footage suggests he is behind all of the poopings.

The suspect is known to use toilet paper after going to the bathroom, which means he likely carries toilet paper with him and, as such, these are premeditated acts. 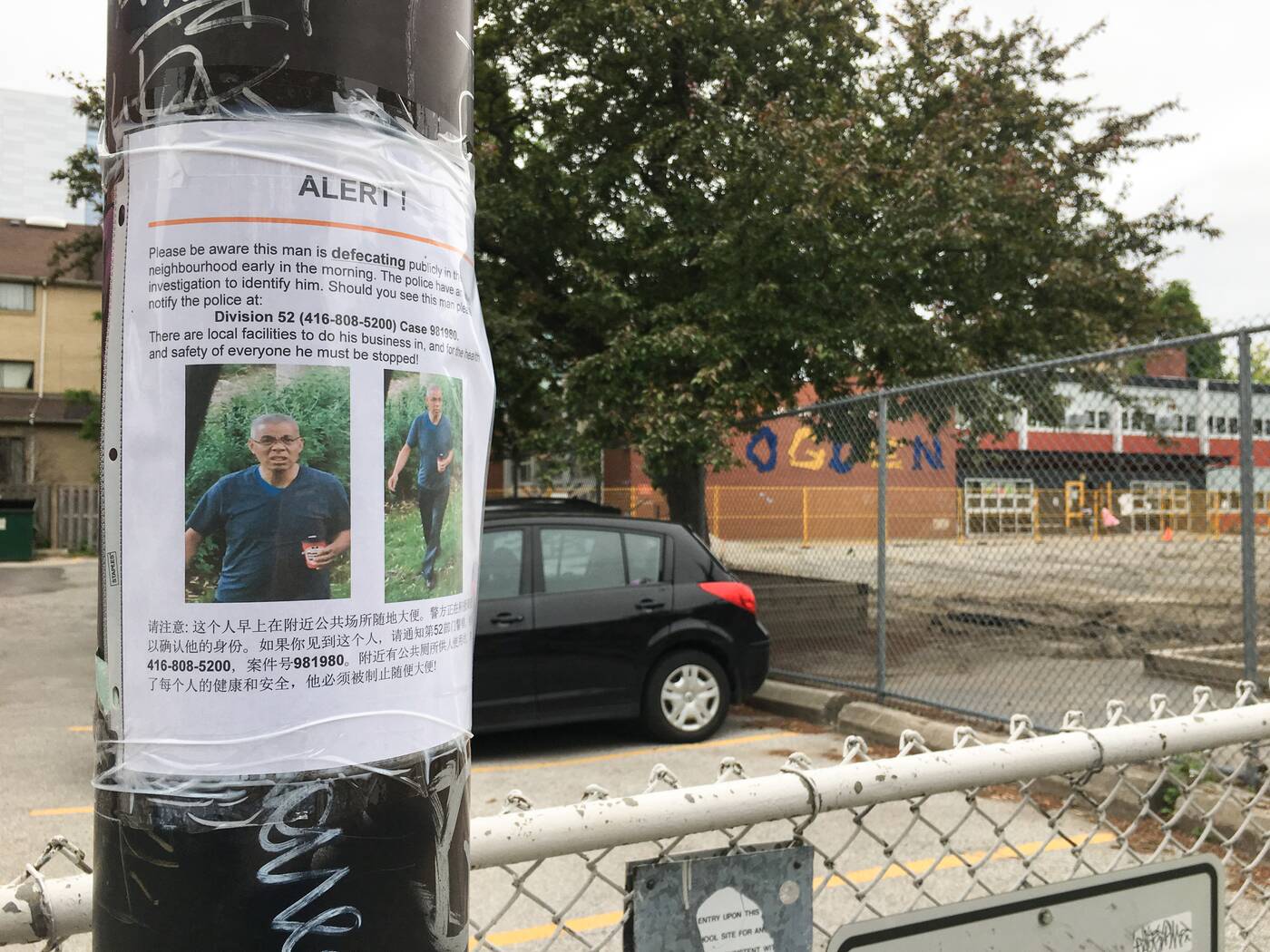 The person in question is believed to have defecated in the bushes outside Ogden Public School on Phoebe Street at least once.

Initially, residents thought the person publicly defecating might be homeless, but people who've seen the posters have come forward to say he's not — and that he's been pooping around Queen West for years.

Whatever the case, his alleged behaviour has been deemed serious enough that Toronto Police are involved.

"The police have an active investigation to help identify him," reads the poster. "Should you see this man please notify the police at Division 52." 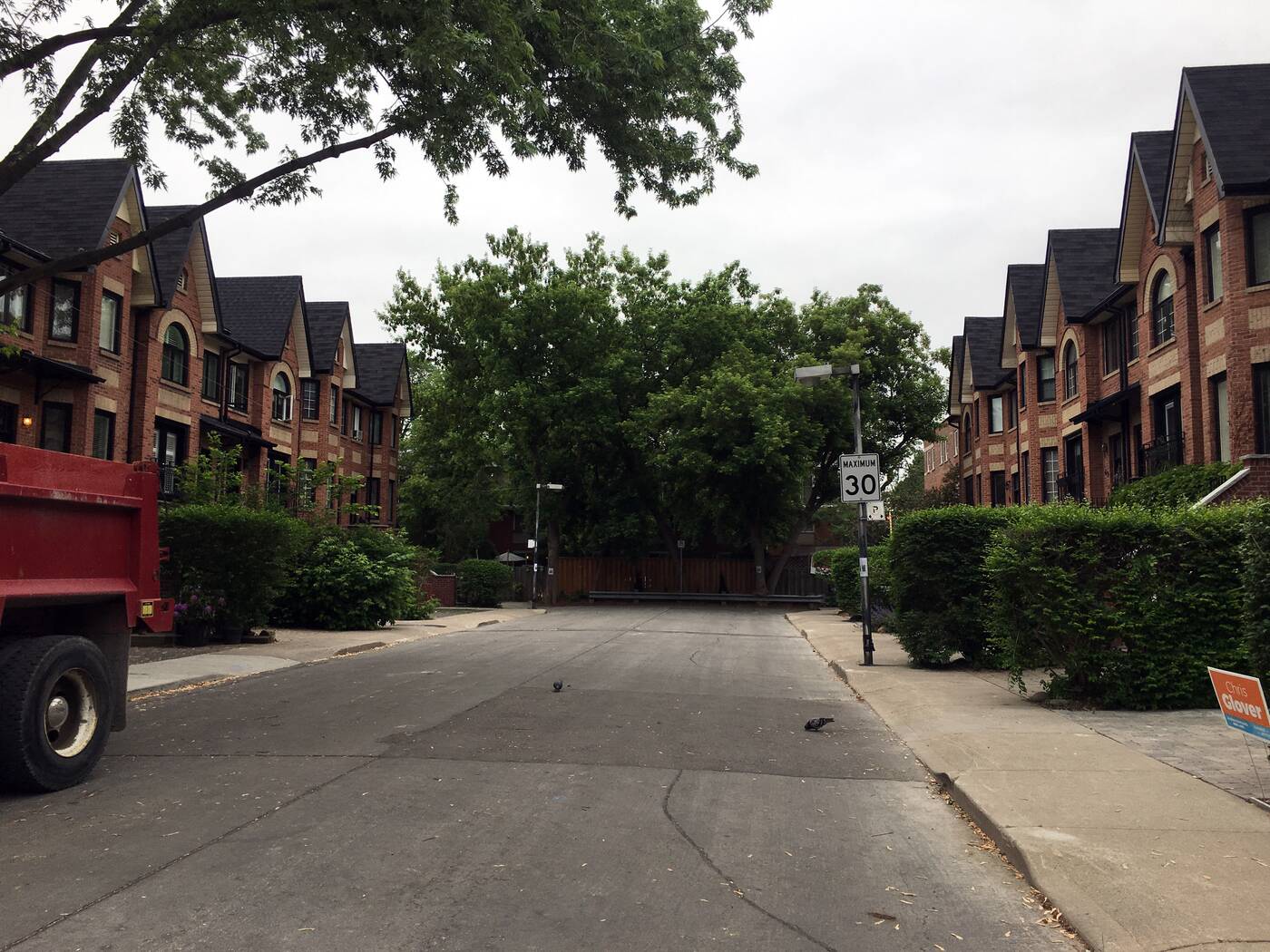 The lush Soho Square area of Queen West is currently covered in posters seeking the identify of a man believed to be serial pooping nearby.

This is far from the first case of its kind to make news in recent years.

Just last month, a New Jersey high school superintendent was busted for pooping on his own school's football field every day.

Police in Colorado were also famously searching for a woman known as "the mad pooper" in 2017. That woman was known to defecate every morning on a specific family's lawn while out for a jog.

She was never caught.