Toronto Police are investigating after reports of a hidden camera in the public washroom of a busy downtown coffee shop surfaced on Reddit.

The establishment in question is Starbucks — specifically, the Starbucks at the corner of Yonge and King streets — and the camera in question had been recording customers in the bathroom for an indeterminate amount of time.

Regulars are pretty freaked out, to say the least.

To the sicko that installed a hidden camera in the washroom at starbucks downtown; you are vile POS. #Toronto

Rumours of the hidden device started circulating earlier this week after a Starbucks employee posted screenshots from a store managers' group chat to the r/Toronto subreddit.

"Team - URGENT - a recording device was found in a washroom at 4 King," reads a group text. "It was found behind a fake outlet that was placed on the wall."

The manager also sent along an image of the dismantled fake wall outlet after it had been removed. 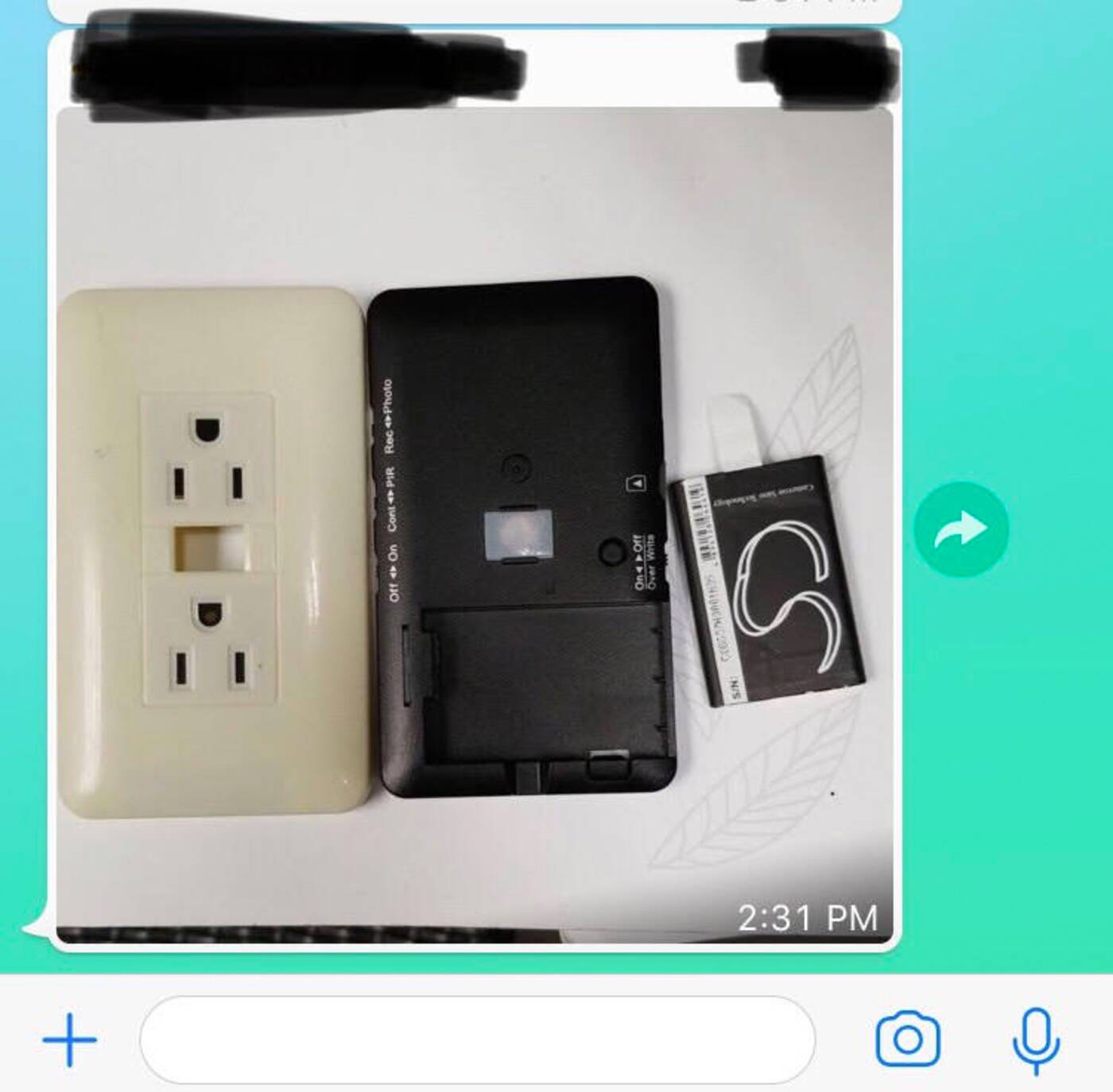 A photo of the fake wall outlet that concealed a camera. Image via barista_bitchxxx on Reddit.

Both police and Starbucks Canada have confirmed that a recording device was found hidden in one of the unisex washrooms at 4 King Street on May 2.

Police collected the camera the next day and are now conducting an investigation to see how it got there.

Toronto Police Services did reveal to reporters that the device was found under a sink, facing the toilet.

they found a camera in the washroom of a starbucks pic.twitter.com/AZc0i2sMjS

"Our partners (employees) regularly clean and stock the washrooms many times throughout the day," said Starbucks Canada senior communications manager by email when asked about the device.

"If we notice anything or are alerted to anything unusual, it's immediately reported to the police and we respect their investigation process."