The historic kiln building at Evergreen Brick Works is getting a facelift so it can become a hub for urban innovation in the city, where city building enthusiasts can come to work on solutions around building inclusive low-carbon cities.

Called the Future Cities Centre, this "year-round innovation and training centre" will become the national hub for Future Cities Canada, a new initiative that's working to address inequality and climate change by bringing people from different sectors together to work on solutions.

This is all part of a $30 million campaign to create the hub and its programming. Currently the campaign has raised $20 million. 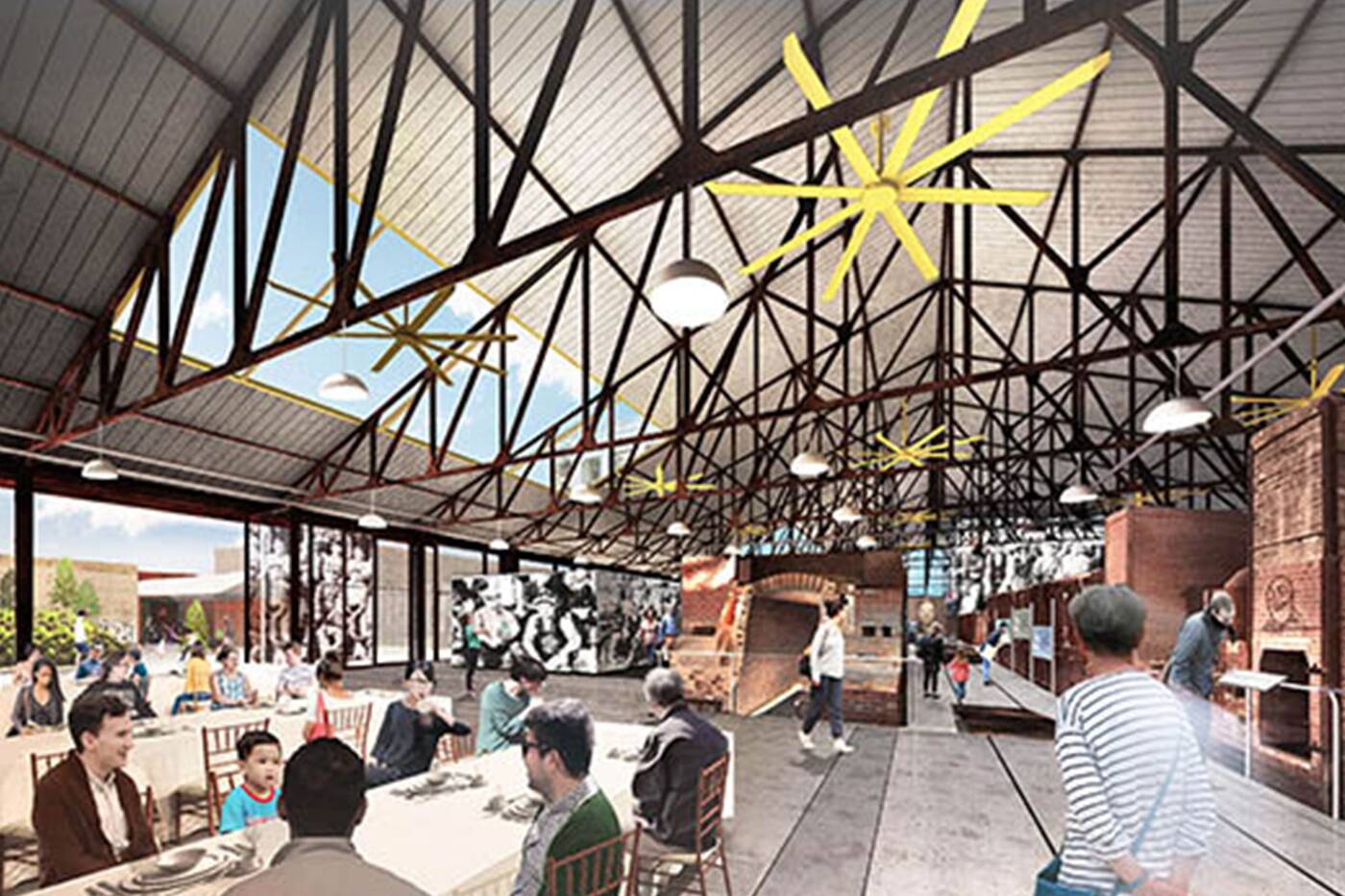 A rendering of the inside of the historic kiln building, once construction is completed. Courtesy LGA Architectural Partners.

"The unique collaborative brings together people, ideas, platforms and innovations from across sectors to find new ways to address the challenges facing cities," reads the press release for the project.

It was great to celebrate the completion of the 1st phase of Evergreen Brick Works redevelopment of their Kiln Building. Once complete, this will be a national hub for urban innovation and creating more sustainable cities. pic.twitter.com/yXueGhNyXj

Today Brick Works announced that the first phase of the redevelopment has been completed. The kiln building is now fully enclosed and sports the City Builders Gallery. When the building re-opens next year this space will host different exhibits and events all about city building. 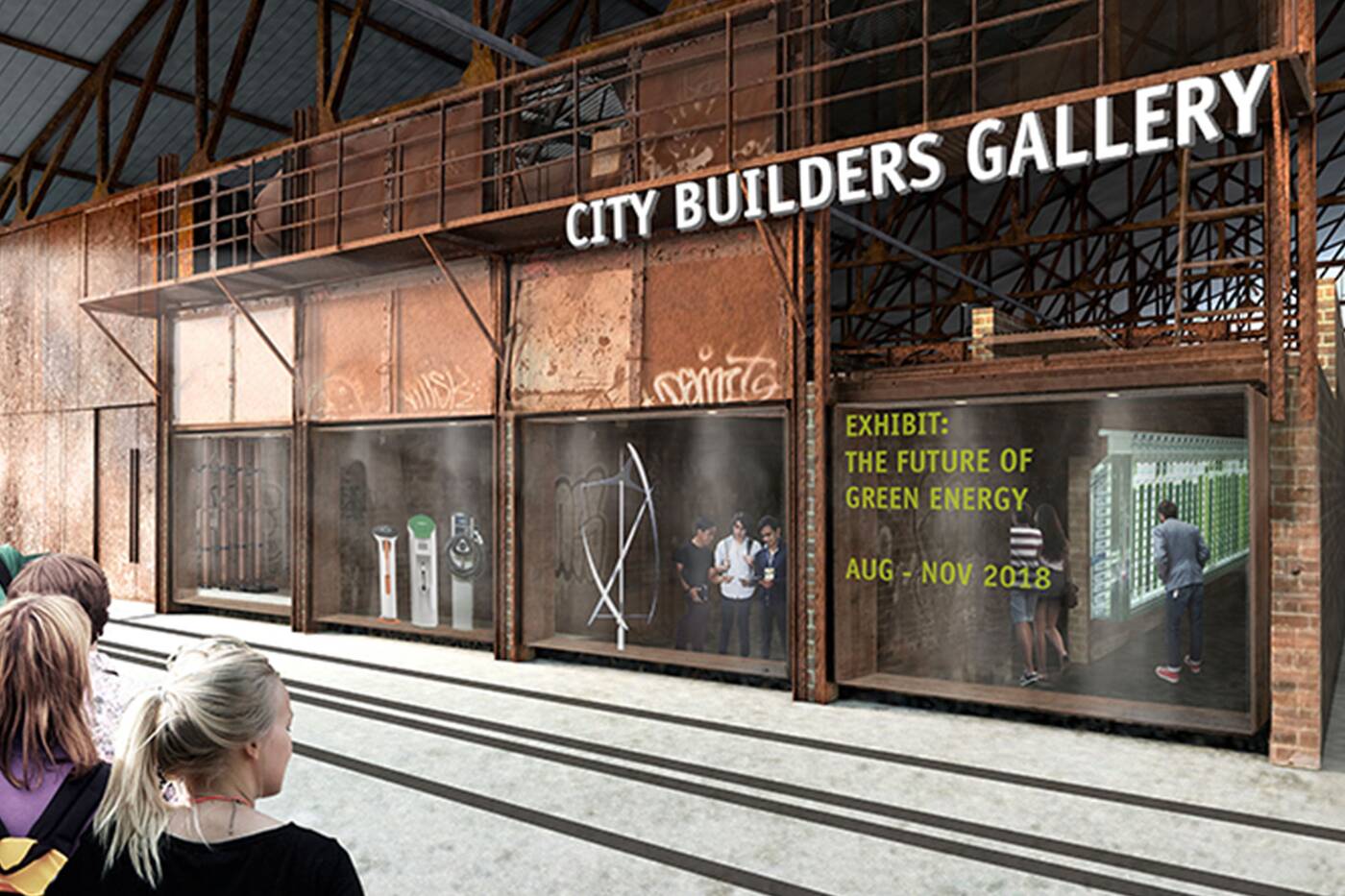 A mock up of the gallery space. Courtesy  LGA Architectural Partners.

Other Phase 1 developments include the installation of a retractable wall, a new raised floor that has heating and cooling capabilities, a system that uses rooftop rainwater for toilets and irrigation and 21 gender-neutral washroom stalls.

While the kilns may be gone, the re-design was careful to incorporate heritage elements by adding steel inlays and sandblasted lines that represent the kiln car tracks and having parts of the concrete floor tinted to mark where the kilns once stood. 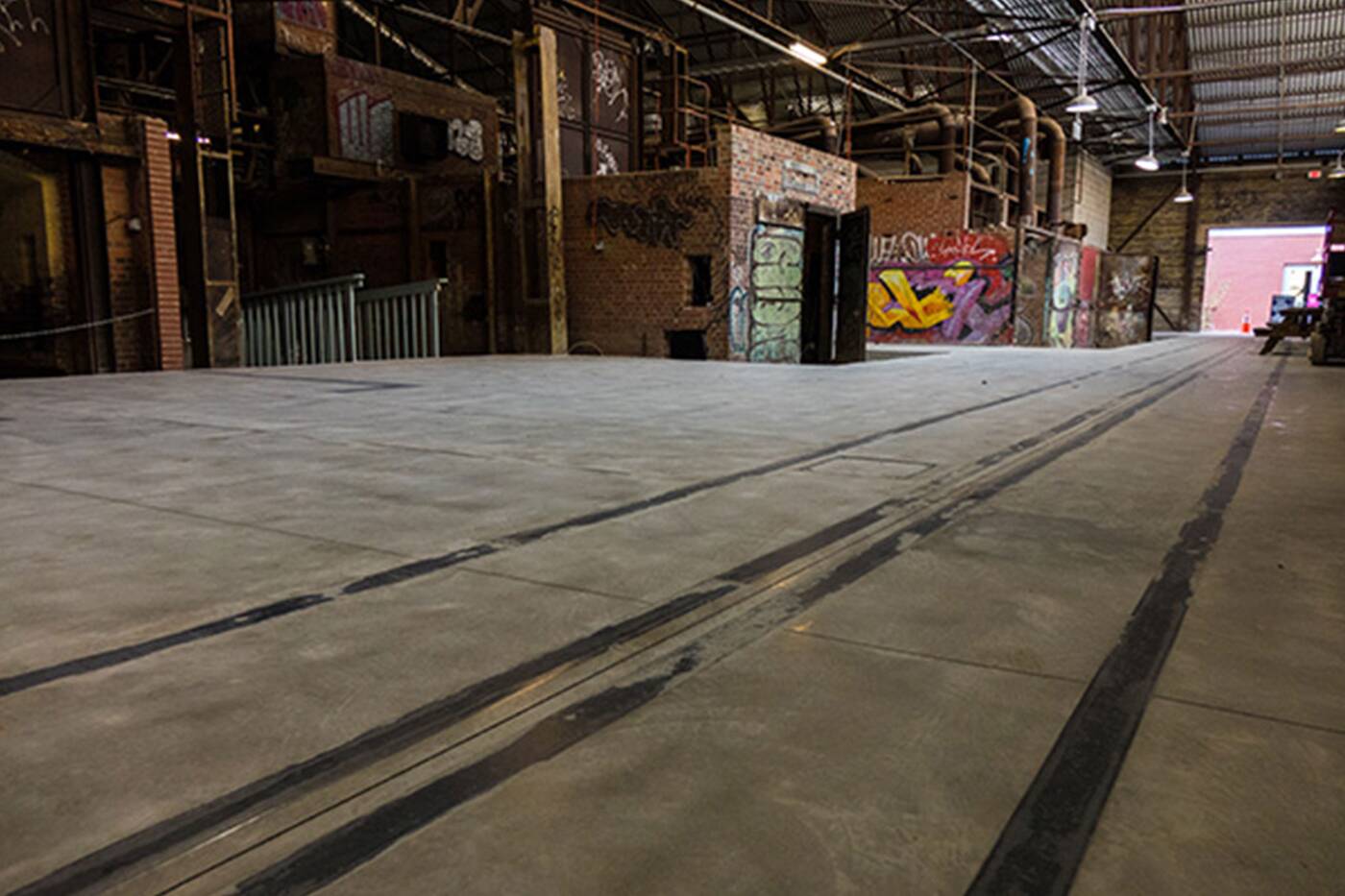 The second phase of construction is continuing for the rest of this year and, once completed, will see new "collaboration studios" — like classrooms for people to come in and talk about city stuff — and exhibition spaces, solar panels and a geothermal heating and cooling system.

The official opening, as it stands now, is spring 2019. Until then, the building remains closed to the public.