This Toronto neighbourhood is a total mess right now

The City of Toronto is currently doing some pretty intense road work near Gerrard and Parliament streets, where just last week city councillor Jaye Robinson held a press conference to proclaim the beginning of "construction season."

Public officials might be stoked about forthcoming infrastructure improvements, but those who own businesses in the area? They're just hoping to survive the process. 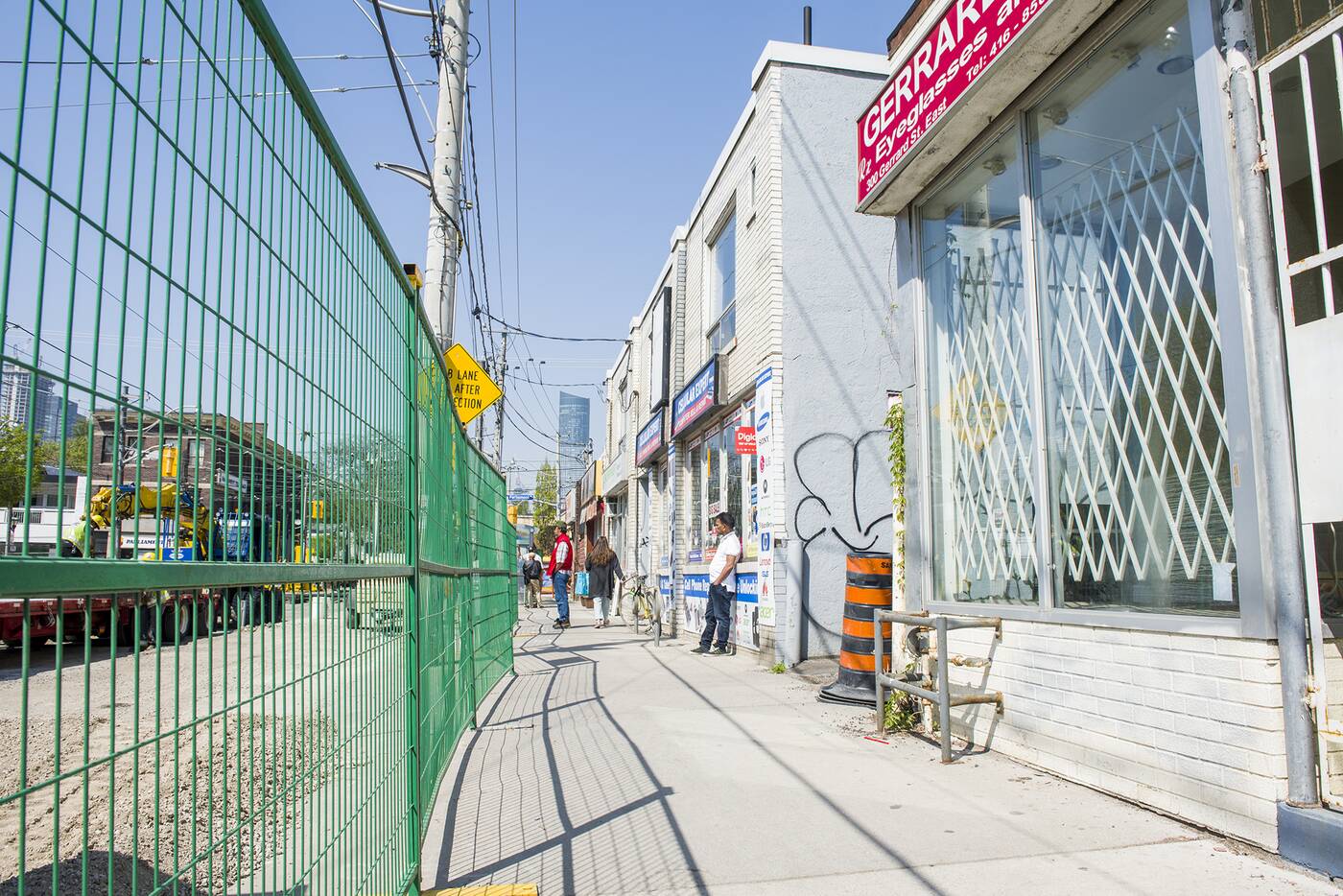 Cabbagetown is a complete mess right now thanks to the replacement of some TTC tracks, and it will be until at least June 4.

That's only a few weeks, but for small, independent businesses that's a significant chunk of potential income lost. Enough to sink the ship, if (a much smaller version of) what we saw happen on Roncy is any indication. 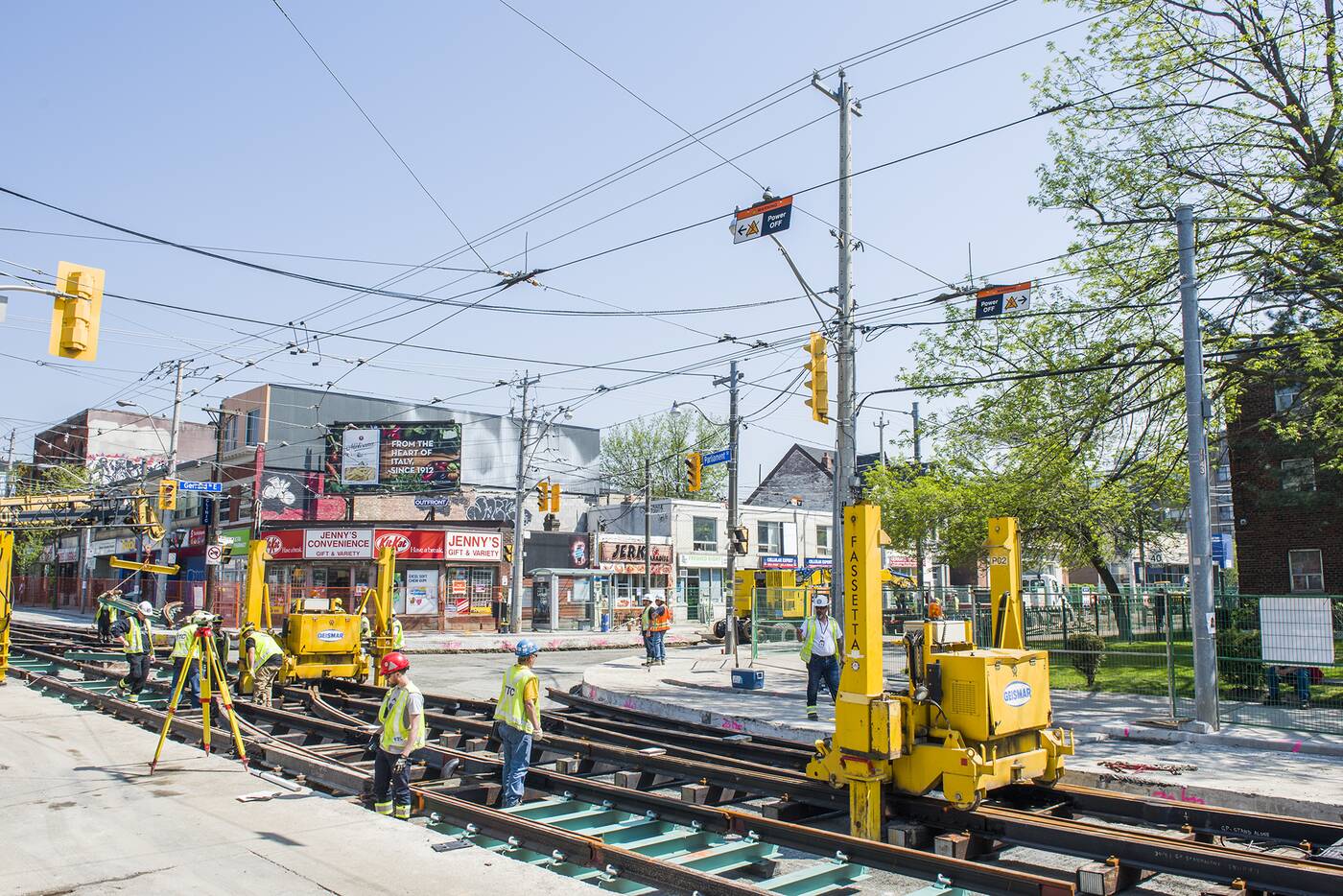 In an effort to minimize any financial damage, the Cabbagetown Business Association is trying to remind people that local shops, restaurants and service providers remain open — even if it looks like they're blocked off by orange construction fencing.

"On May 14th, Cabbagetown awoke to TTC track work at Gerrard and Parliament," reads a press release from the BIA. "For many it meant adjusting their commute, but for business owners the impact of construction directly hits their livelihood." 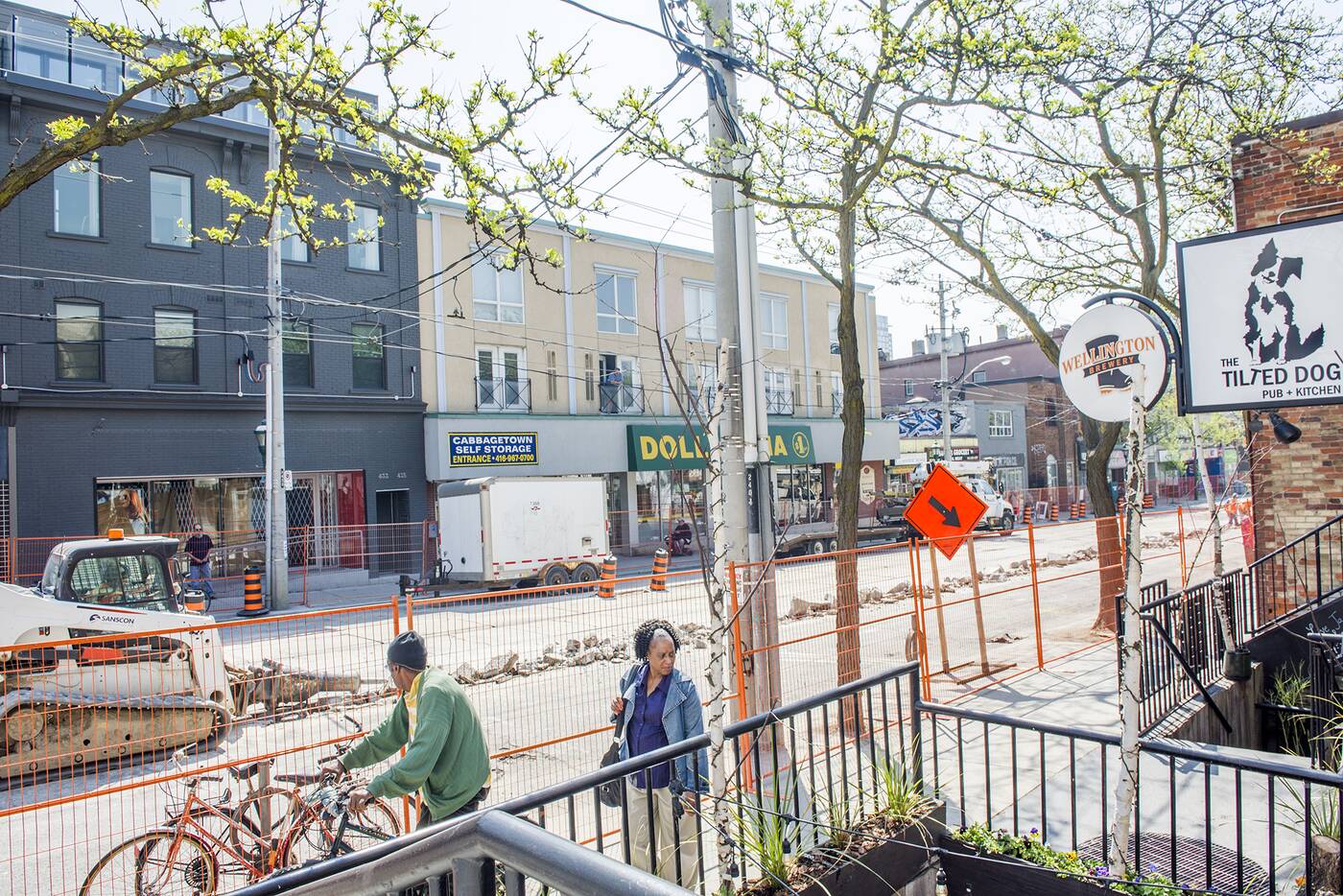 I mean, they're noisy, they're dusty, they're impossible to park around and they're absolutely infuriating for cyclists and pedestrians.

Just so you know, the streetcar track work won't be interfering with our hours! Access us through Spruce street and come pay us a visit 😄 #cabbagetown #weekendvibes pic.twitter.com/sVxlaHS7VB

"The problem is," says Maciejowski. "If during construction you avoid supporting the area you normally rely on, parts of it might not be there when it is all over." 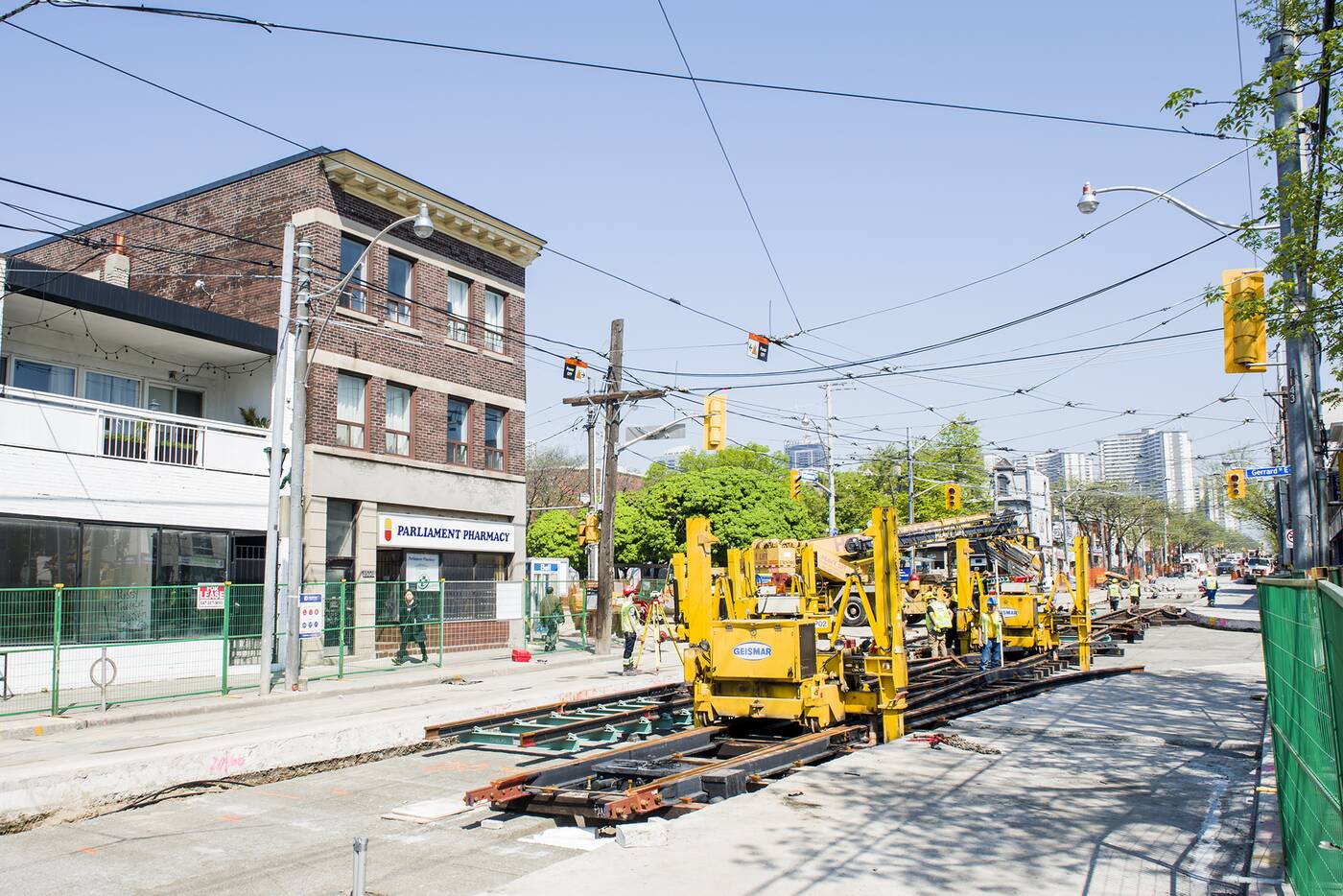 "Many of our shops, restaurants and service providers in Cabbagetown are independently owned by hardworking Torontonians," he continues. "All we are asking at this time is that Toronto comes out and supports by shopping local in Cabbagetown." 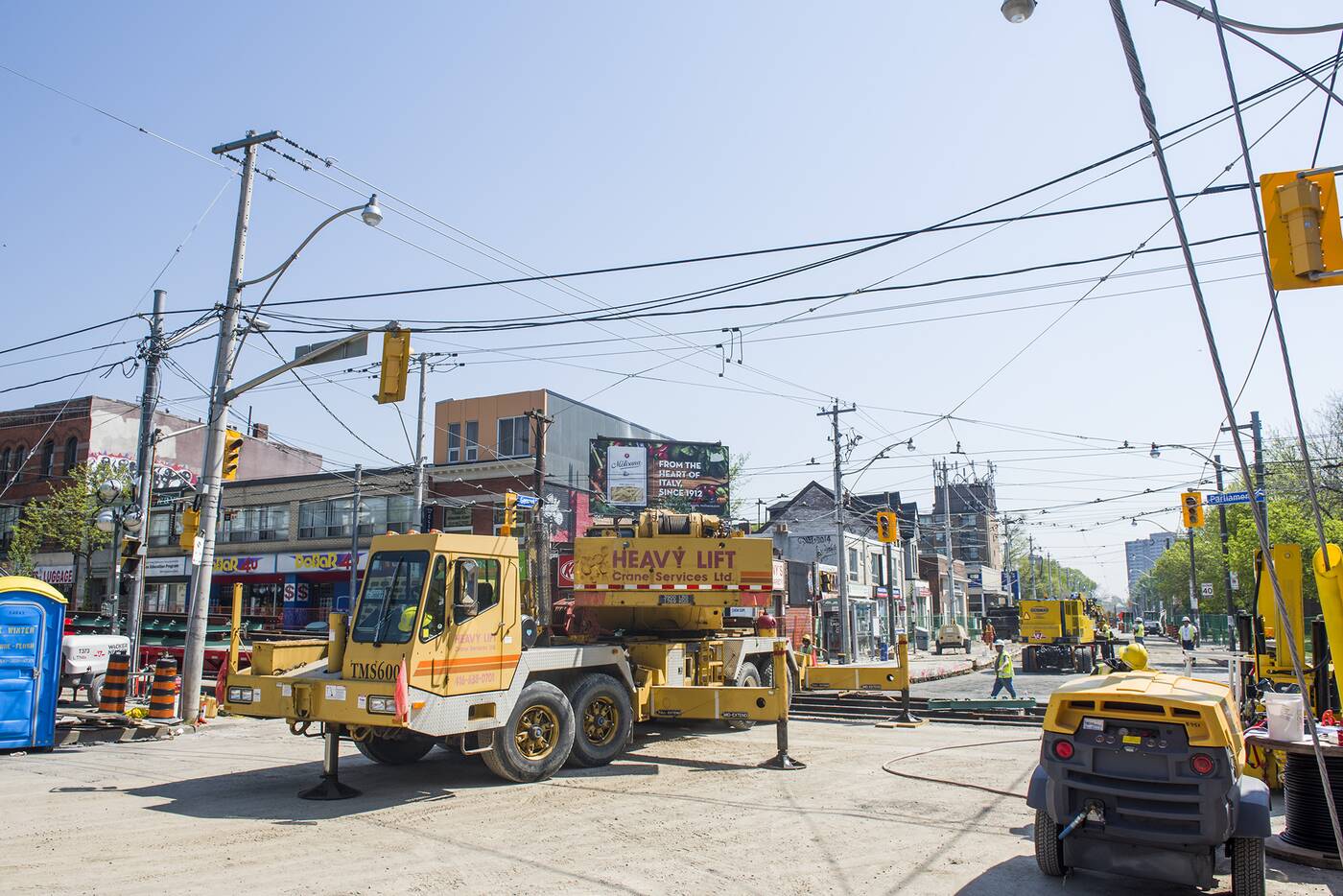 When all is said and done, TTC streetcars will better be able to move through the historic Toronto neighbourhood for many years to come. Silver linings, right? 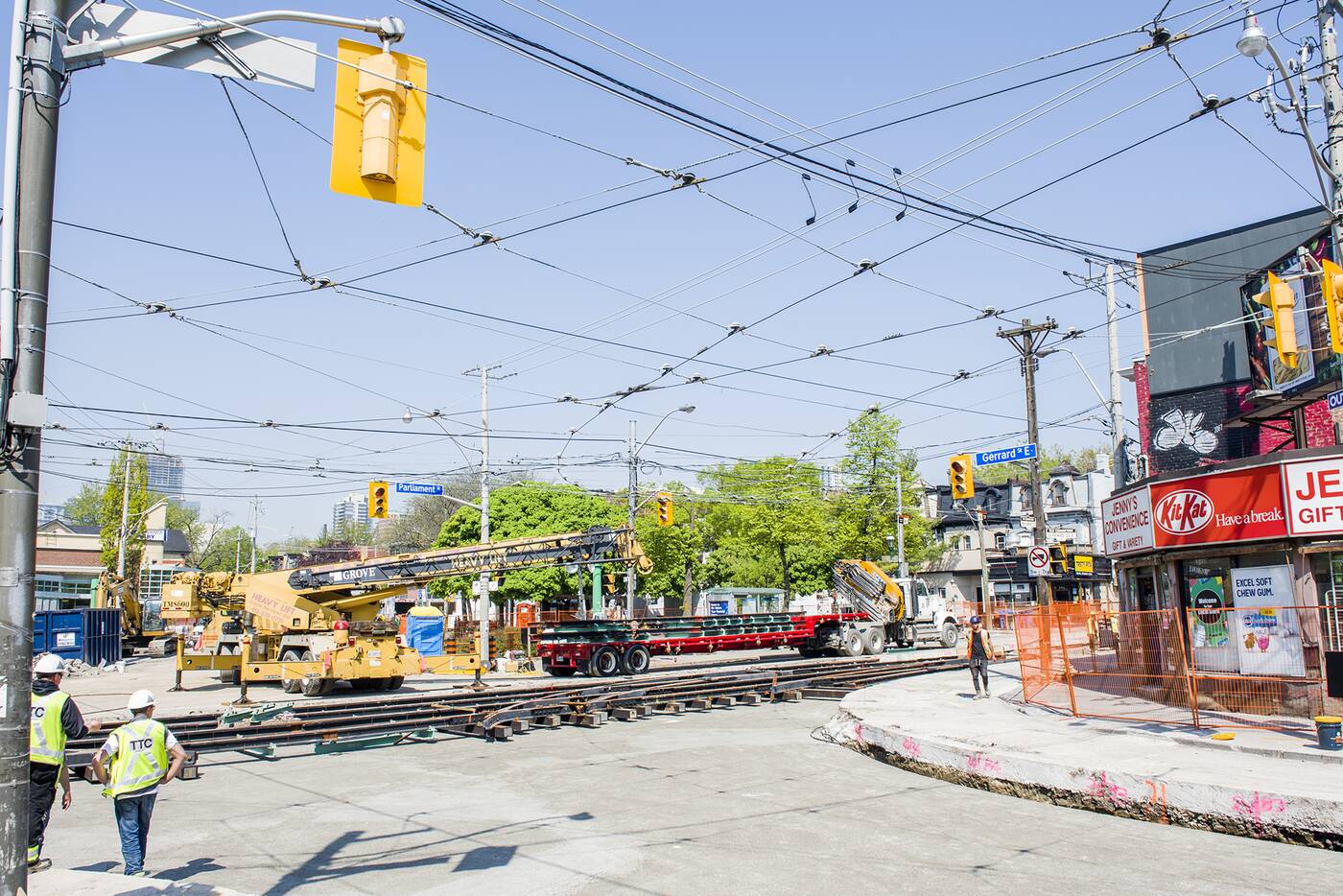