A deadly incident that saw a van strike as many as 25 people south of Yonge and Finch on Monday afternoon has severely impacted transportation in and around north Toronto.

Multiple major road closures, TTC shut downs and GO Transit diversions remain in place as we head into the evening commute, most notably between Lawrence and Steeles along Yonge. 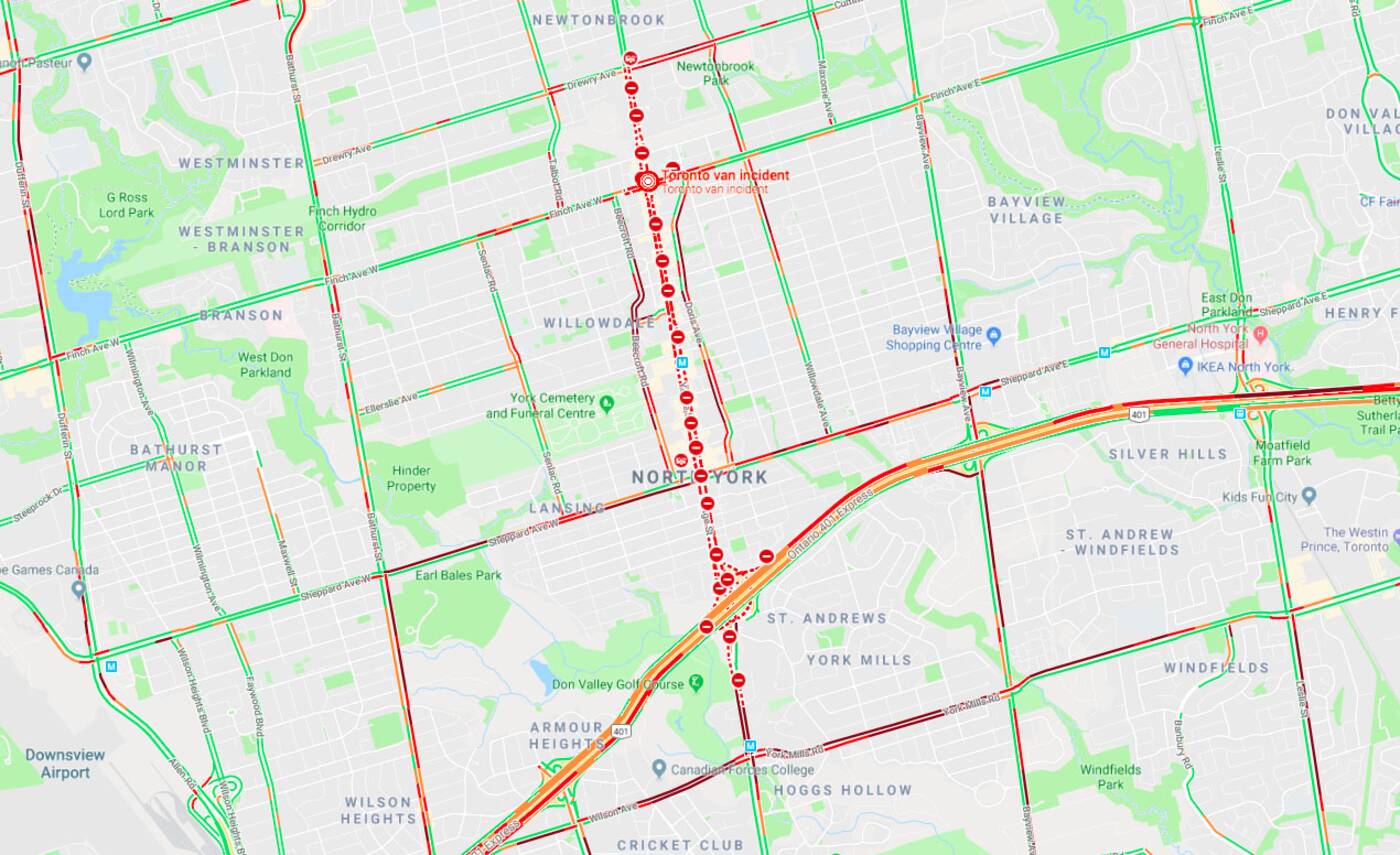 Traffic was heavy as of Monday afternoon following an incident that resulted in the closure of a large stretch of Yonge Street. Image via Google Maps.

"At request of police, there is no subway service north of Sheppard Stn on Line 1 as police investigate this horrific situation near North York Centre," tweeted TTC spokesperson Brad Ross following the incident.

"We continue to offload trains northbound at Sheppard Stn.," he wrote in an update around 4 p.m.  "As we approach PM rush hour, buses are being brought in to shuttle people to Sheppard West Stn."

UPDATE: Due to the ongoing police investigation at street level on Yonge Street, North York Centre Station will be closed until further notice. Trains running south from Sheppard Station, on Line 1. #TTC

GO Transit officials have said similarly that there will be no GO bus service on Yonge Street at the Finch GO Terminal or the York Mills GO Terminal.

"Routes #27 and #32 will start and end at Yorkdale," wrote the regional transit agency on Twitter. "We are experiencing delays due to investigation."

The City of Toronto is encouraging motorists to avoid the area between Sheppard and Finch altogether.

"We anticipate heavy traffic and service delays around Finch Station this evening as a result of the Yonge Street road closure," said York Regional Transit Twitter. "Please be patient and give yourself extra time to commute home."