The St. Patrick's Day Parade is returning to Toronto for 2018. Expect a heavy dose of Irish cheer, unique floats, and, of course, road closures. The annual parade in celebration of Ireland's patron saint will go down on Sunday, March 11 at noon.

The parade will begin on the corner of Bloor and St. George streets and then head east along Bloor Street. It'll then turn south on Yonge Street and proceed down to Queen Street before concluding at Nathan Phillips Square. 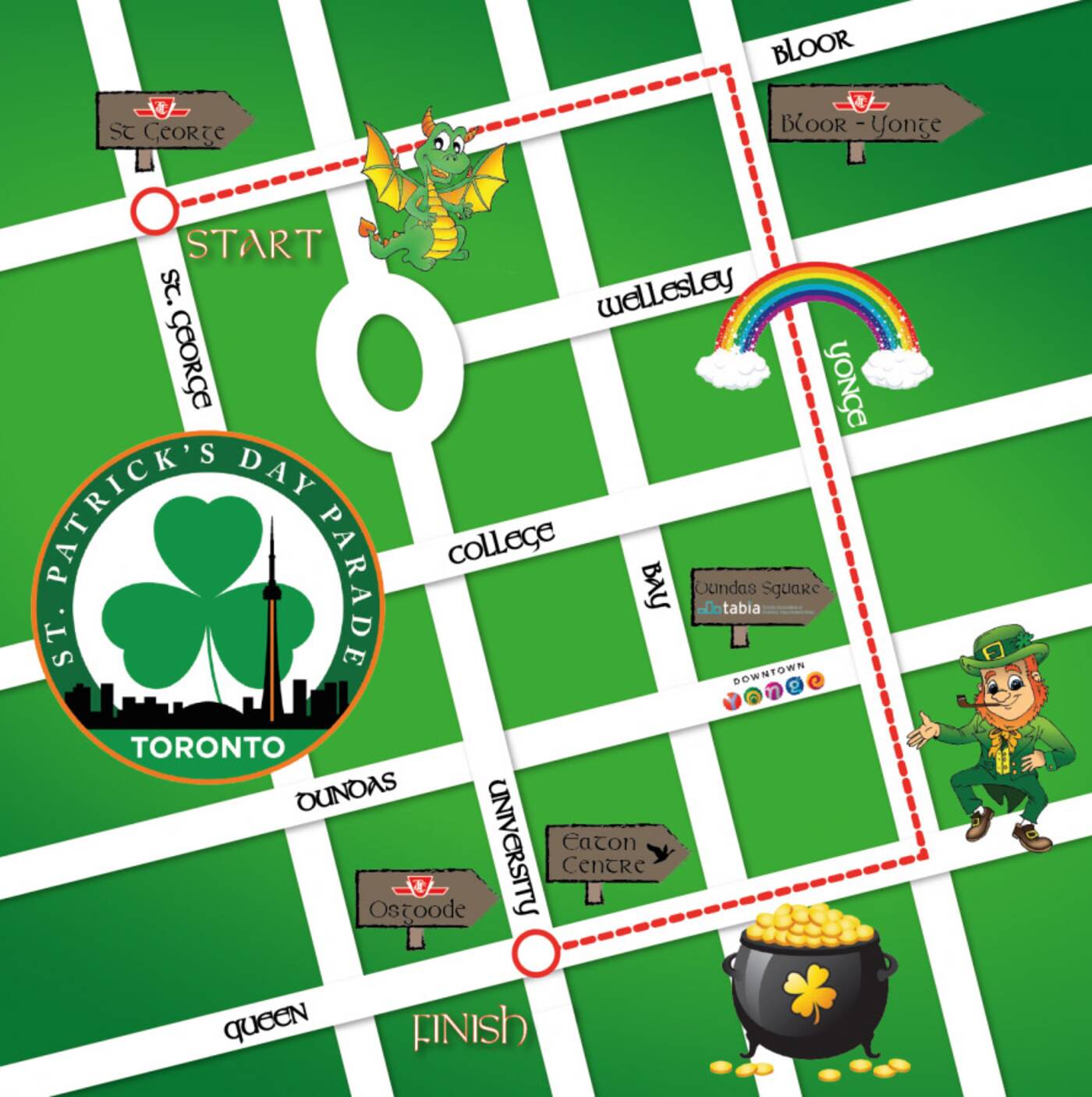 The parade will go on for about one and a half hours. As a result, there will be a few road closures.