Another super-humongous-mega-tower has been proposed for Toronto's downtown core, just a stone's throw from the Jack Layton Ferry Terminal and directly across from the Westin Harbour Castle.

Because who needs the sun, am I right?

Called "The HUB," the 60-storey commercial tower at Bay and Harbour would add an impressive 1.4 million square feet of office space to Toronto's increasingly dense (and tall) South Core neighbourhood. 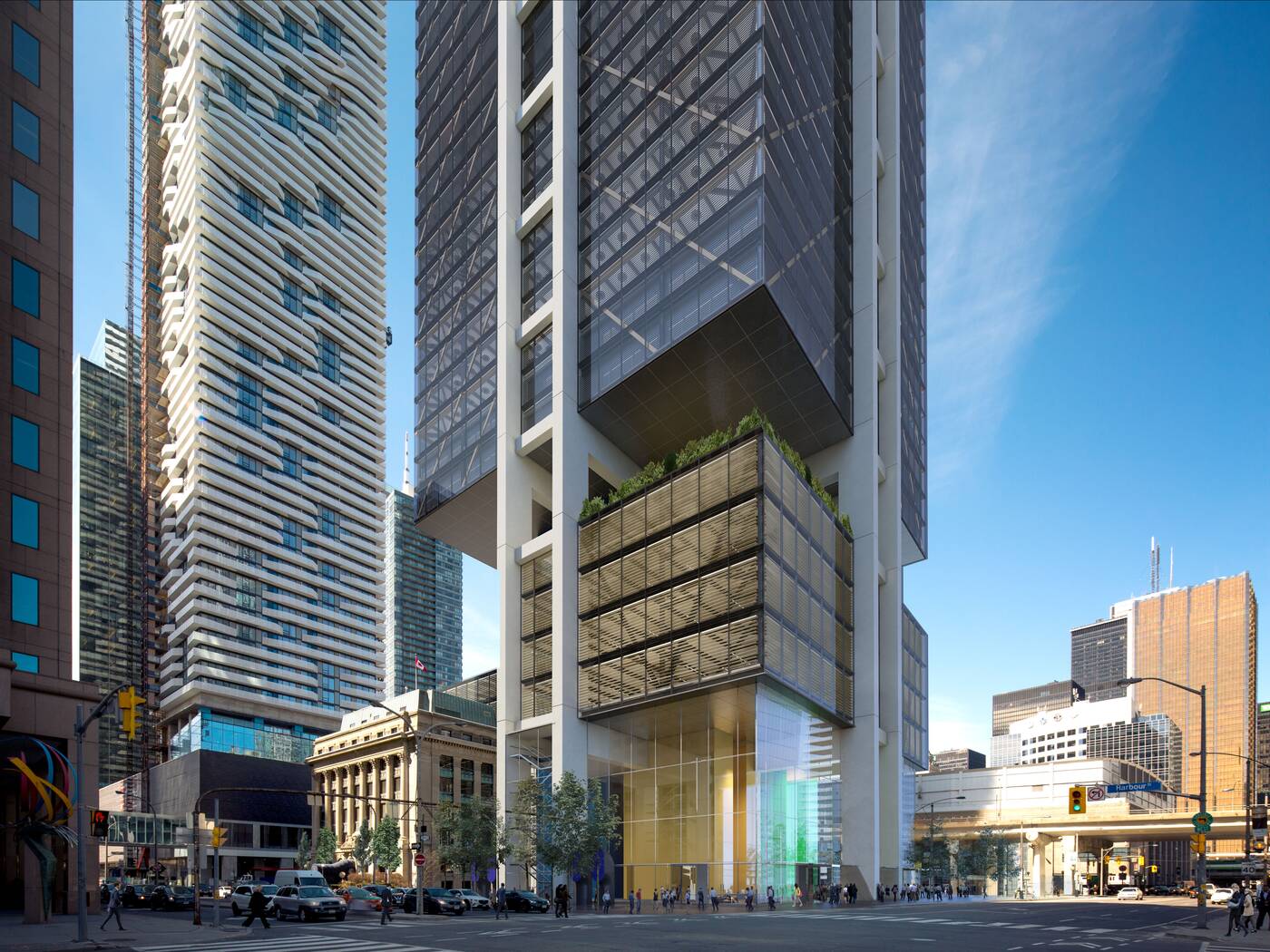 Developer Oxford Properties promises that the building, designed by the UK-based architechture firm Rogers Stirk Harbour + Partners, will "be a dominant fixture on Toronto's skyline."

Most impressive is that it's going to be cantilevered over the heritage protected 6-storey Harbour Commission Building, currently home to the high-end steakhouse Harbour Sixty.

Lots of tall buildings are slated for the city in the coming years. Oxford has yet to announced how tall this puppy will be in metres, but if the latest renderings are any indication, it's going to be a lofty one.