Someone wants to build a stunning glass hotel in Toronto

An eye-catching addition to Toronto's Entertainment District is being proposed in the form of colourful, curvy, 25-storey hotel and office tower at 217 Adelaide Street West.

Developed by Humbold Properties, the proposed tower would consist mainly of office space – 149,872 square feet of it, to be exact. Another 81,839 square feet would be spread across 192 hotel suites, with five underground levels available for car and bike parking.

Retail and commercial uses would make up the ground level, along with 1,328 square metres of privately owned publicly-accessible space fronting onto Adelaide between Duncan and Simcoe Streets.

But most importantly, look at this place. Look at how cool it is. 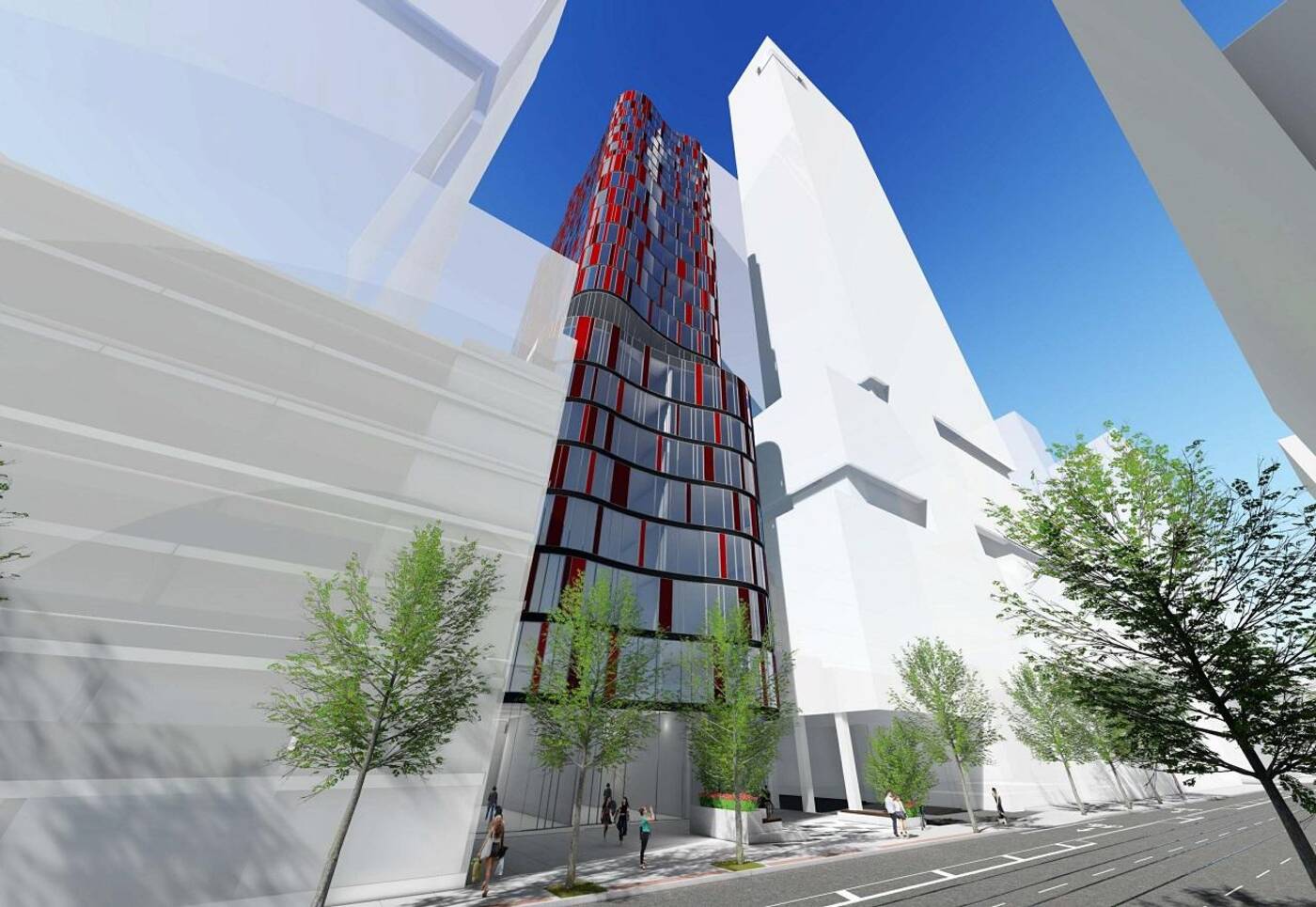 As Urban Toronto notes, the vibrant accents of colour and shape are somewhat of a rarity in "the largely dichromatic Entertainment District."

Kirkor Architects is leading up the design charge on this building, with Toronto's Terraplan/Studio taking care of landscape architecture. It's gone through a few different iterations, though this colourful and rounded version is the most alluring. 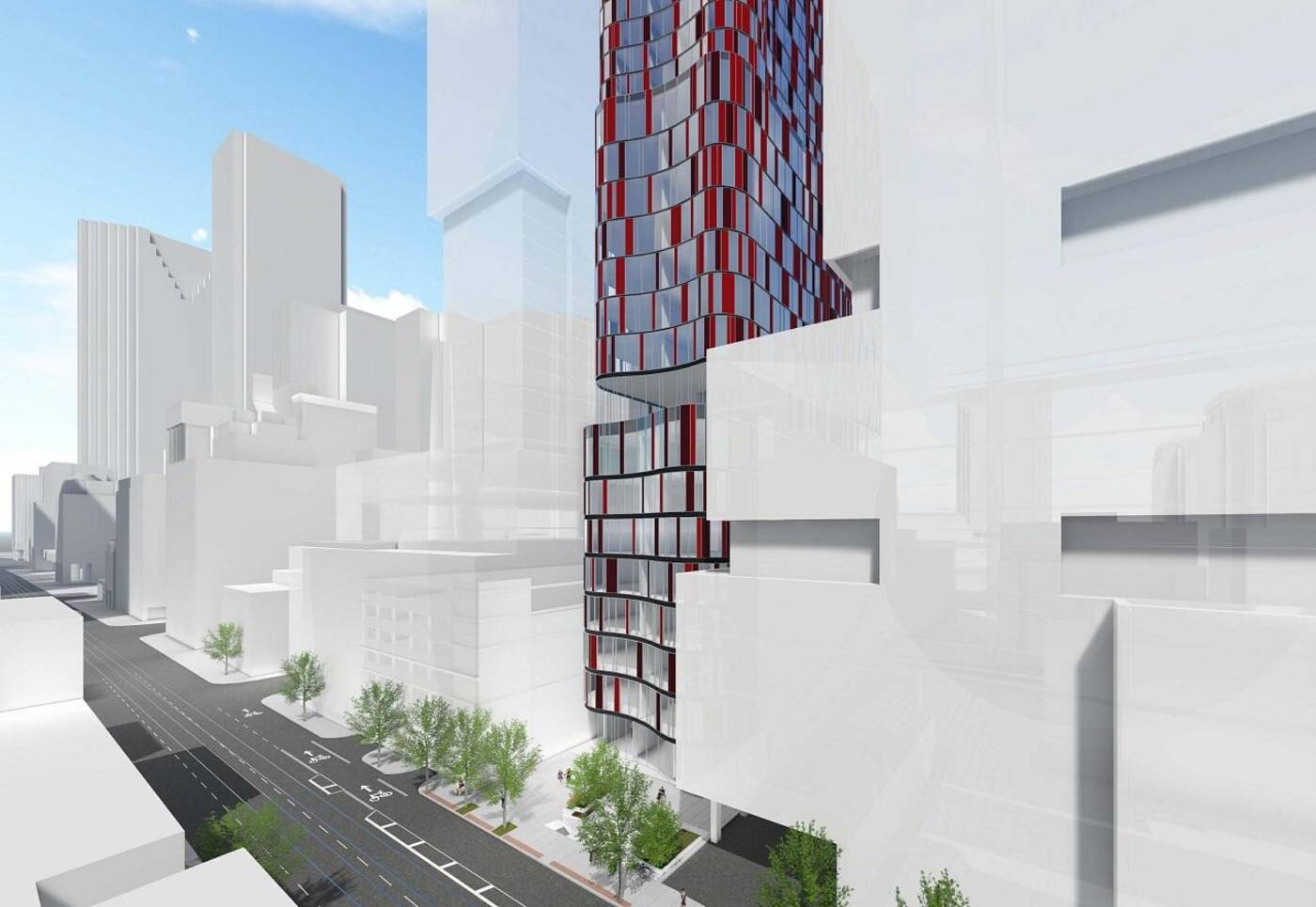 Humbold, the developer, had formerly submitted plans for a 56-storey high condo tower at the same location in 2015, but was refused by the city.

A second version of the project, pitched to the Ontario Municipal Board in 2016, proposed a 47-storey high, purpose-built office tower and boutique hotel with 179 square metres of privately owned publicly-accessible space at its base.

The plan has since been even further revised to scrap all residential components, leading to the plans and renderings seen above.

Humbold may want to build a shorter, more colourful version of its original proposed tower on Adelaide, but will it be allowed to? We should know more after an OMB pre-hearing conference in March, where the next steps for this project will be discussed.