Someone threw garbage in front of a TTC subway train

The TTC has seen its fair share of issues in recent weeks (er, decades,) but there are ways to call transit service "garbage" without using actual garbage.

Someone who maybe doesn't know about Twitter took it upon themselves to throw a trash receptacle straight into the path of an oncoming subway train at Main Street Station over the long weekend.

A Redditor called cackalacka posted a photo of the incident's aftermath on Sunday with a cute ASCII art table-flip, stoking widespread interest in what the heck happened there.

As it turns out, nothing much really.

"Whoever did it disappeared into the night," explained cackalacka, who took the photo at around 6:45 p.m. on Saturday. "The maintenance guy moved the bin within 5 minutes, then the train resumed service." 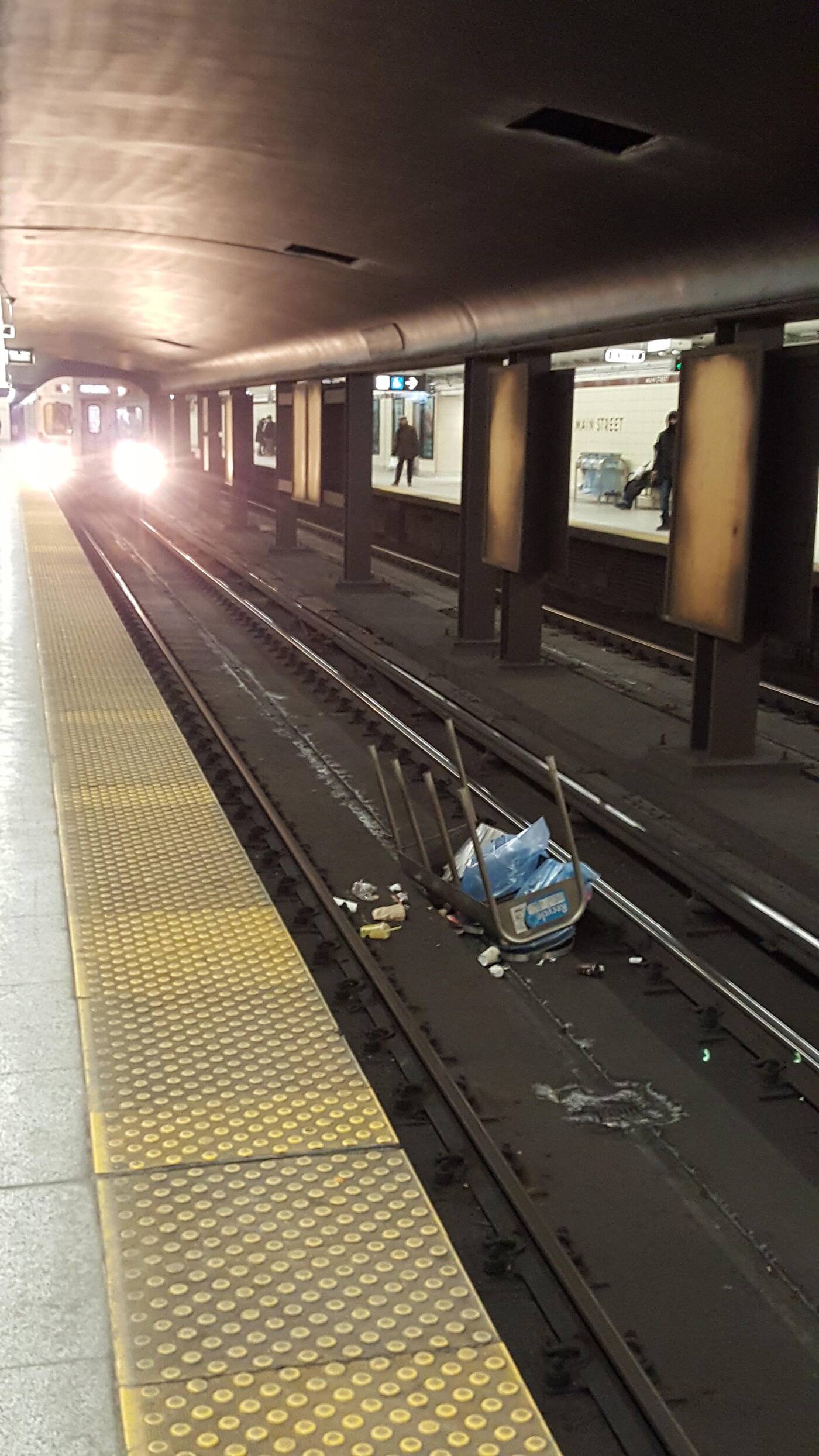 TTC spokesperson Stuart Green confirmed that the power was cut at Main Street Station on Saturday night due to the obstruction, which appeared to be the lid and legs of a three-column-wide garbage container.

"One of our operators retrieved it with the help of customers to pull it back to platform level," he said.

Service was only delayed for about 10 minutes, but the resulting Reddit thread will keep you entertained for a lot longer than that.

"It's always sad when a waste receptacle sees this as the only solution to their problems," commented one person. "Thoughts and prayers for the heartbroken green bin it left behind at home."